Ad of the Week: PetSmart’s “Toys For Everyone”

Appearing for the first time on our Ad of the Week list, PetSmart’s jumps to the top of the list with “Toys for Everyone,” just edging out Freshpet’s “Farmed Here in the USA” with a 15.5% gap to category norm. The ad scored particularly high in Likeability, Attention and Relevance as seen in the image below.

Every gender/age break scored the ad above the “Other Stores” category norm of 477 but Males 21-35 came in 34% higher than the average. All three female demographic groups followed closely with an overall average that was 23% higher than the norm.

Pet owners and non-pet owners alike thought the ad was “cute,” using the word in 20% of the optional verbatim responses. 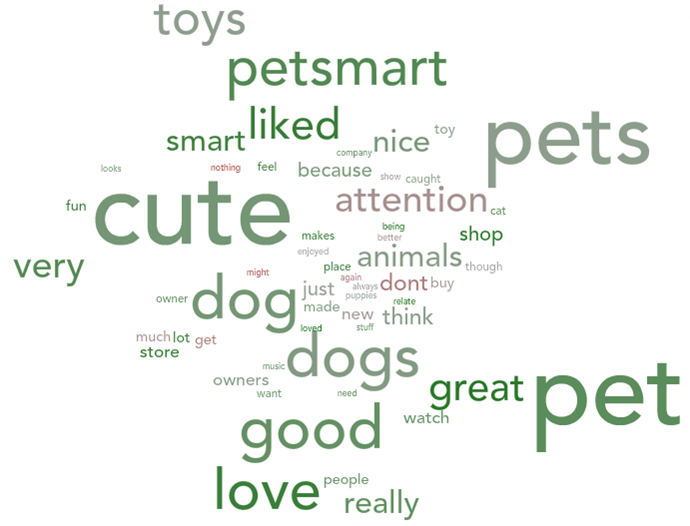 Unsurprisingly, dog owners resonated most with the ad but partially at the expense of cat owners. Though they did not hinder the high score, indeed scoring the ad above the norm, several cat owners expressed desire to see a more dimensional pet ad.

It is worth mentioning again that the second highest scoring ad this week (15.3%) came from Freshpet and their ad for farm fresh pet food, featuring a backdrop of the American flag just in time for 4th of July.

Ad of the Week: Target’s “A Great Thing: Kate”