Ad of the Week: Southwest Reminds us How Badly ‘We Wanna Get Away’

The airline revives a nearly decade-old tagline with a humorous ad that hits on a universally-relatable theme, according Ace Metrix

I can’t believe it’s been nine years since the Southwest Airlines slogan “Wanna Get Away” was last in play. Sure, they’ve had memorable campaign slogans since, such as “Bags fly free,” but in my mind, they’ve always been the “Wanna Get Away” airline. When they brought the line back from hiatus last week, it felt as though they hadn’t skipped a beat.

The new spot, “Secret Identity,” was created by GSD&M, the same agency who brought “Wanna Get Away” to life in 1998. The basic, universally-relatable premise of people in awkward or embarrassing moments hasn’t changed, with this one centering on an intern who blows the cover of an undercover agent by turning the lights on in an interview room upon returning from a coffee run. In Ace Metrix testing, the ad received a solid Ace Score of 607, and is 11% above the one-year airline norm for Likeability. The ad’s solid performance is not a surprise, given that Southwest, as a brand, has out-performed the airline category every year since 2009 by an average of 5%.

Southwest’s ads are so consistently effective that this humorous ad only makes the top 25% of all Southwest ads in our database (103 total). That said, many of the airline’s top ads are highly informative, relevant, and perception changing. Where this new ad succeeds is in its ability to break through, grab attention, and drive desire, which in essence equates to purchase intent. The Ad Personalities below illustrate this difference, with the example on the right for a Southwest ad from November 2014, “Zero Extra Fees” (Ace Score 623). 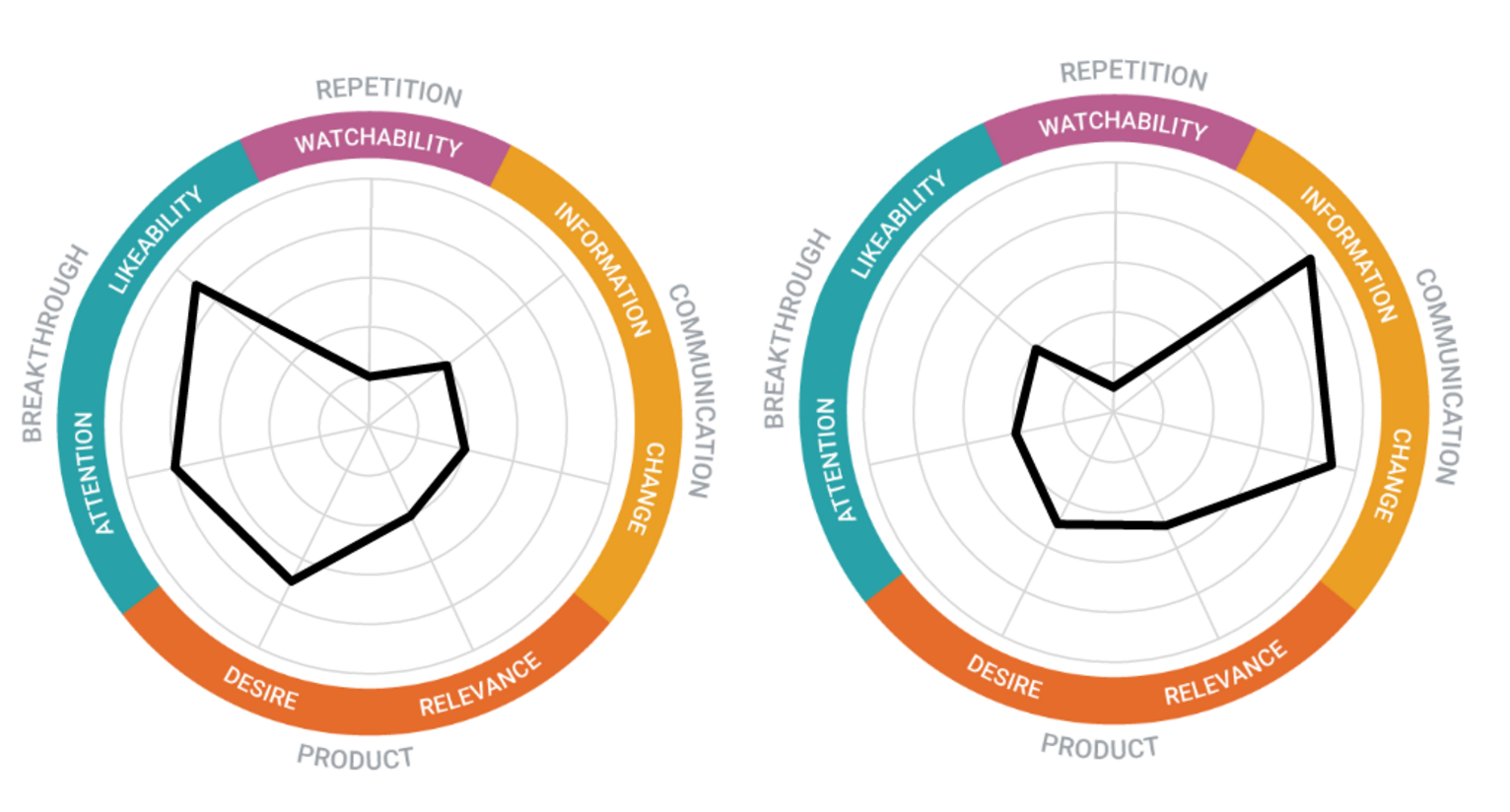 Another way in which this “Wanna Get Away” ad is differentiated is in the creative devices that stood out to viewers. The Brand, indicating the strong tie-in of the slogan, and the Visual Scenes, which help to tell the story, were named the Single Best Things about the ad. For “Zero Extra Fees,” the Message and the Deal were most impressive to viewers. This viewer comment shows the brand equity of the revived campaign: “Great Southwest Airlines ad! They’re known for the ‘Want to get away?’ themed ads and this one delivers! LOL I’m still laughing…but not at the great deal it advertises.”

The combination of never-ending fare wars, closely tied to airlines looking to deliver more premium experiences, amplifies the need for each airline to separate itself from the competition. Taking an attention-grabbing approach also worked for American Airlines last month with “World’s Greatest Fliers.” A visually engaging and somewhat abstract ad, this spot praises travelers who take responsibility for making each flying experience grand. Though high in Breakthrough and with the ability to change brand perception (Ace Score 564), the tagline “The World’s Greatest Flyers Fly American” falls short with viewers. Brand considerers, those who say they’ve never flown the airline being advertised but may consider it in the future, said “Secret Identity” drove desire 16% more than the American Airlines ad.

Southwest’s ad also delivered more emotional impact than the AA ad, with 57% of viewers whose comments aligned with any emotion finding it humorous. American’s ad tugged at heartstrings, but only at a 27% clip.

Some comments that show just how funny the brand considerers group found the ad:

In contrast, those who connected emotionally with American’s “World’s Greatest Flyers” ad didn’t have much to say beyond its experiential effect:

For Southwest, a balanced campaign of deal-based, informational ads and high breakthrough stories seems to be a winning combination for driving purchase intent. I hope to see more “Wanna get away” spots this fall and winter. In the meantime, I’ll be working on my most embarrassing #WannaGetAway moment for the campaign’s social media contest. #BelizeOrBust.

At First Glance, Viewers Approve of the New Most Interesting Man in the World