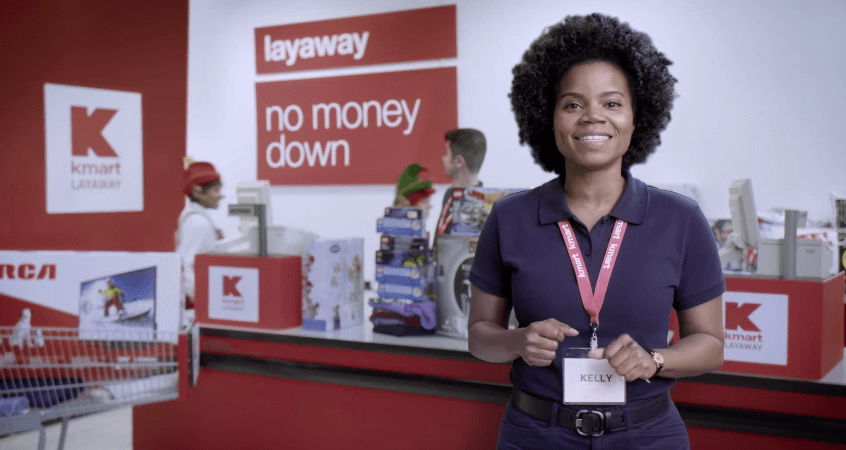 Is it too early to start listening to Jingle Bells? Dreaming of snow? Or thinking about what your kids want for Christmas? It’s the beginning of September, of course not! At least, not according to Kmart’s new Christmas commercial that is “not a Christmas commercial.”

Kmart debuted its non-holiday ad, “Merry Birthday,” on Labor Day. So, technically, that’s like debuting a Holiday ad before Fall has even started. Either way, this is not a first offense for Kmart. Last year, the discount retailer was also the first down the chimney, airing its “creepy” (consumers’ words, not mine) layaway ad, “Free Layaway,” on September 9th. While “Merry Birthday” debuted even earlier than last year’s Kmart ad, luckily it’s cute, clever and even made my belly like a bowl full of jelly jiggle a little.

Surprisingly, I wasn’t alone in my appreciation for this spot. “Merry Christmas” (573) scored slightly higher than the current 90-day norm for Discount Retail ads (562). After watching the ad, 325 consumers left comments for Kmart. While, to be expected, many weren’t ready for sleigh rides and Santa so early, many others appreciated the reminder. Six percent of consumers even mentioned that the ad was “funny.” 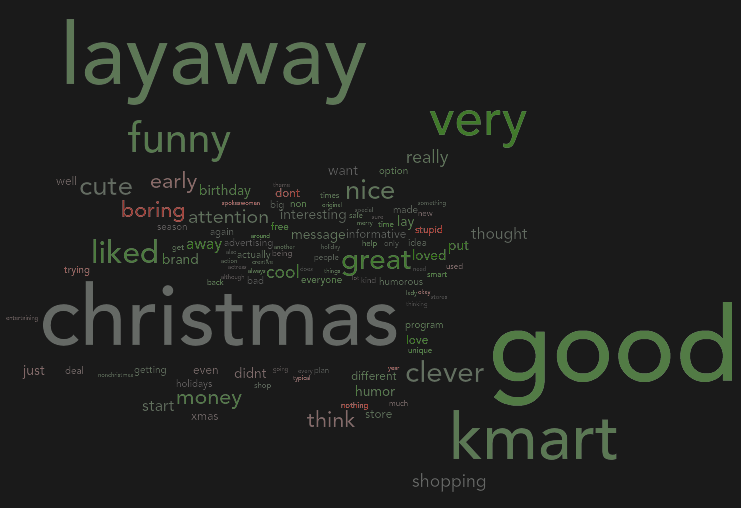 As can be seen in the word cloud above, Kmart layaway is kind of a big deal. This is reaffirmed when we asked consumers what was the best thing about “Merry Birthday.” Sixteen percent indicated the layaway special while nearly a quarter of those surveyed said it was the ad’s message in its entirety. 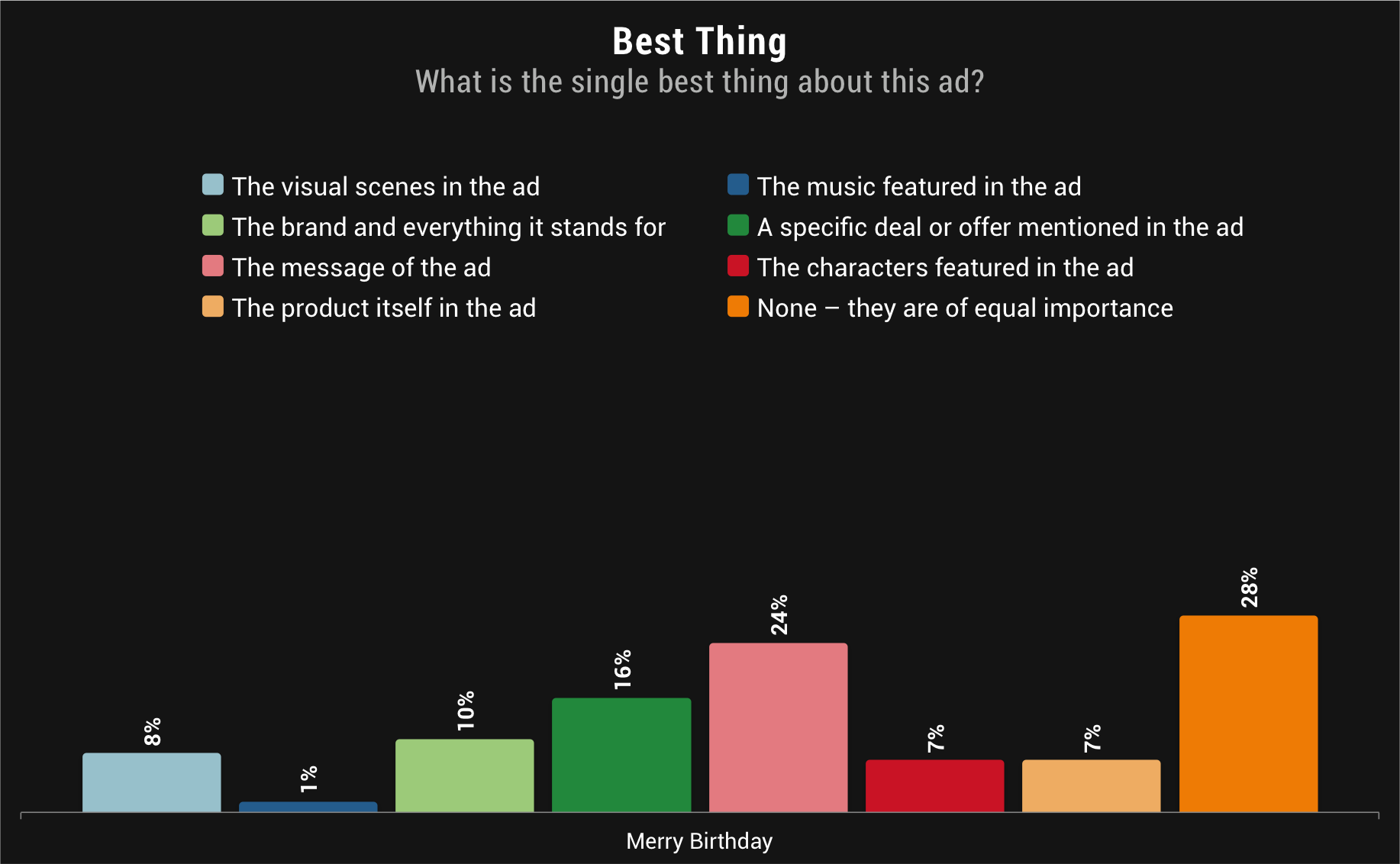 None of the ad’s components are really a red-nosed reindeer, but the ad’s Change score does indicate that consumers could sense that this ad was different for Kmart. The non-holiday ad scored 4% higher in Change than the Discount Category norm.

While the Kmart ad may have debuted uncomfortably early, according to last year’s data, the next holiday ad shouldn’t appear until we’re into October. So, don’t break out the green-and-red candy dish just yet. But, if you’re nearly ready to test your holiday ads and plan your media buys, we’d be happy to roll out the sled,

Google and Boar’s Head Ads Are More Than Okay