We see so many ads this time of year, urging us to shop now, offering us deals, and promising free shipping. While all of this can be a bit overwhelming, we’ve found that what truly gets viewers’ attention and makes for a memorable ad is an emotional connection. This, in turn, leads to a likeable ad, and often one people can relate to. We measured 362 holiday ads this year to-date, and our deep analysis shows that the most liked ads contained positive messaging reflecting the spirit of the season. This is what helped them break through the holiday clutter.

Duracell’s ad in partnership with the Children’s Miracle Network Hospitals earned the most liked ad overall, employing strong visuals from Star Wars: Rogue One and capturing the spirit of giving gifts that can inspire imagination. Amazon and Kohl’s both earned two spots each among the top ten ads. Amazon’s popular ad featuring a Priest and Imam who both used Amazon Prime to buy each other the same gift was the highest ranked retail ad coming in at the number two spot, while a humorous ad featuring Seth Meyers landed at number five and was the only ad featuring a celebrity in the top ten list.  Both of Kohl’s ads were part of their #GiveALittleMore campaign, which includes stories of Kohl’s associates, as well as narratives about people helping others this time of year.

Below we see examples of how three ads – one with a message of inclusion and two featuring good deeds – delivered a powerful combination of Breakthrough and Relevance. Giving viewers an attention-grabbing message that’s relatable is a great formula.

The Emotional Word Cloud below is derived from viewer comments for the top three ads, with commonly used words correlated with specific emotions. We see how Duracell, Amazon, and Hallmark found ways to strike a chord with their creative.

Combined Emotional Word Cloud – “How the Rebels Saved Christmas”, “A Priest and Imam meet for a cup of tea”, and “Extraordinary Cards” 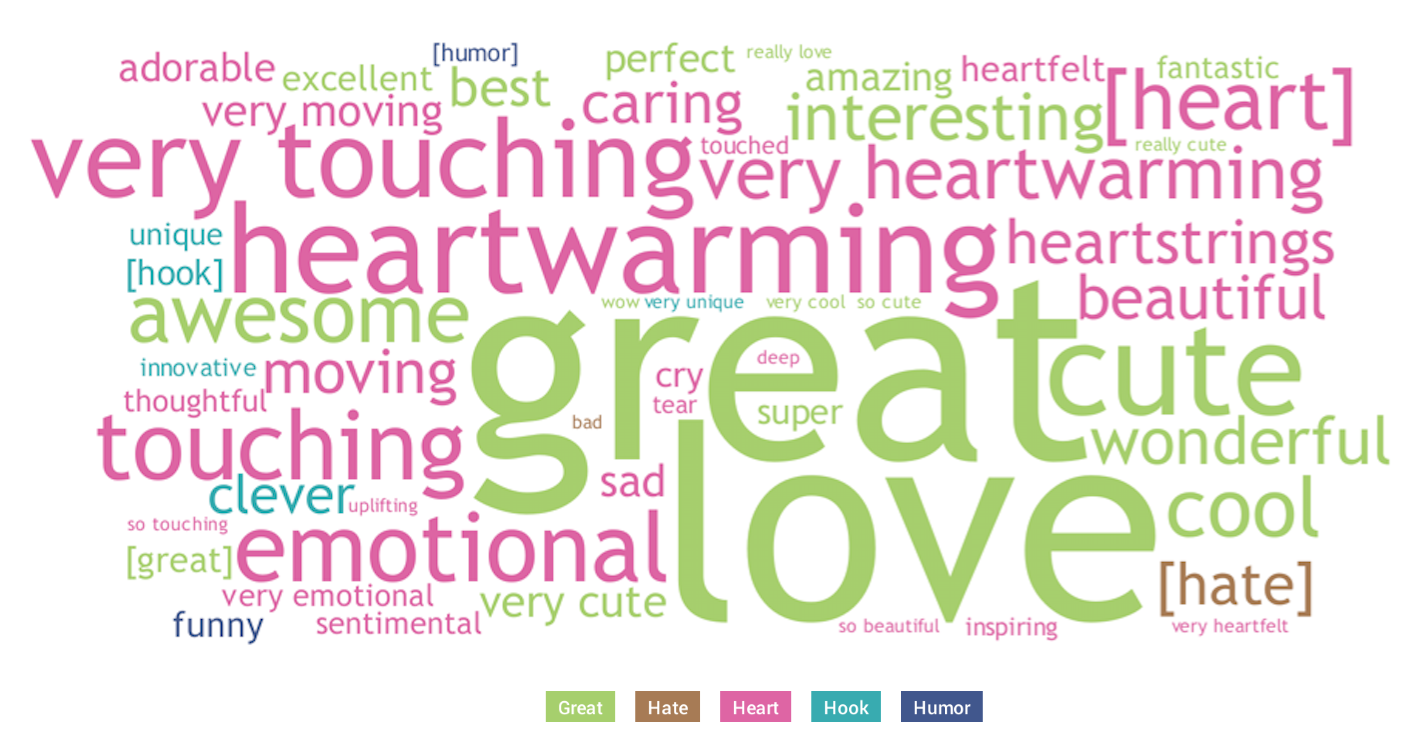 Looking deeper into the comments, we see that these ads also helped viewers see the brand in a positive light:

Congrats to Duracell and all of the brands who produced ads that stood out and were likeable this holiday season!

Watch all of the ads here: