In 1973, Oscar Mayer’s famous “My Bologna Has a First Name” ad first debuted, capturing the hearts of millions. Today, nearly 41 years later, people both young and old, still find themselves singing the catchy tune. The jingle known to teach people to spell “bologna” remains one of the most memorable in advertising history, and is the reason why this ad was one of the longest running in TV advertising history. Although Oscar Mayer passed away a few years ago, his legacy certainly lives on through this ad, and we have the data to prove it.

“Bologna Song,” when recently tested with 500+ consumers, scored higher than any Oscar Mayer ad since 2009, achieving an average Ace Score of 653.

The ad scored highest with consumers aged 50+, who awarded the ad with an average Ace Score of 666, 11% above the meat norm. The ad also resonated with 36-49 year olds, with males awarding it a score 5% above norm, and women 7% above norm. The millennial generation, however, was a little nonplussed, with both males and females 21-35 failing to reach norm.

The strongest component scores for “Bologna Song” were Likeability and Attention, with Likeability (782) scoring 21% above the current 90-day norm, and Attention (755) 14% above norm. These scores are certainly influenced by nostalgia, but the fact remains – the ad still has breakthrough potential 41 years later.

What is perhaps most significant is both Likeability and Attention in “Bologna Song” are higher than any Oscar Mayer ad in the past year.

The ad’s breakthrough properties aside, what is truly exceptional about this ad is its Emotional Sentiment score. “Bologna Song” scored 84, 56% above the Meat Category norm, 65% above the average of all ads in any category, and 71% above the Oscar Mayer norm. Very rarely do we see an ad with an emotion score this high, which is most likely due to the memories associated with the ad, and the adorable kid. 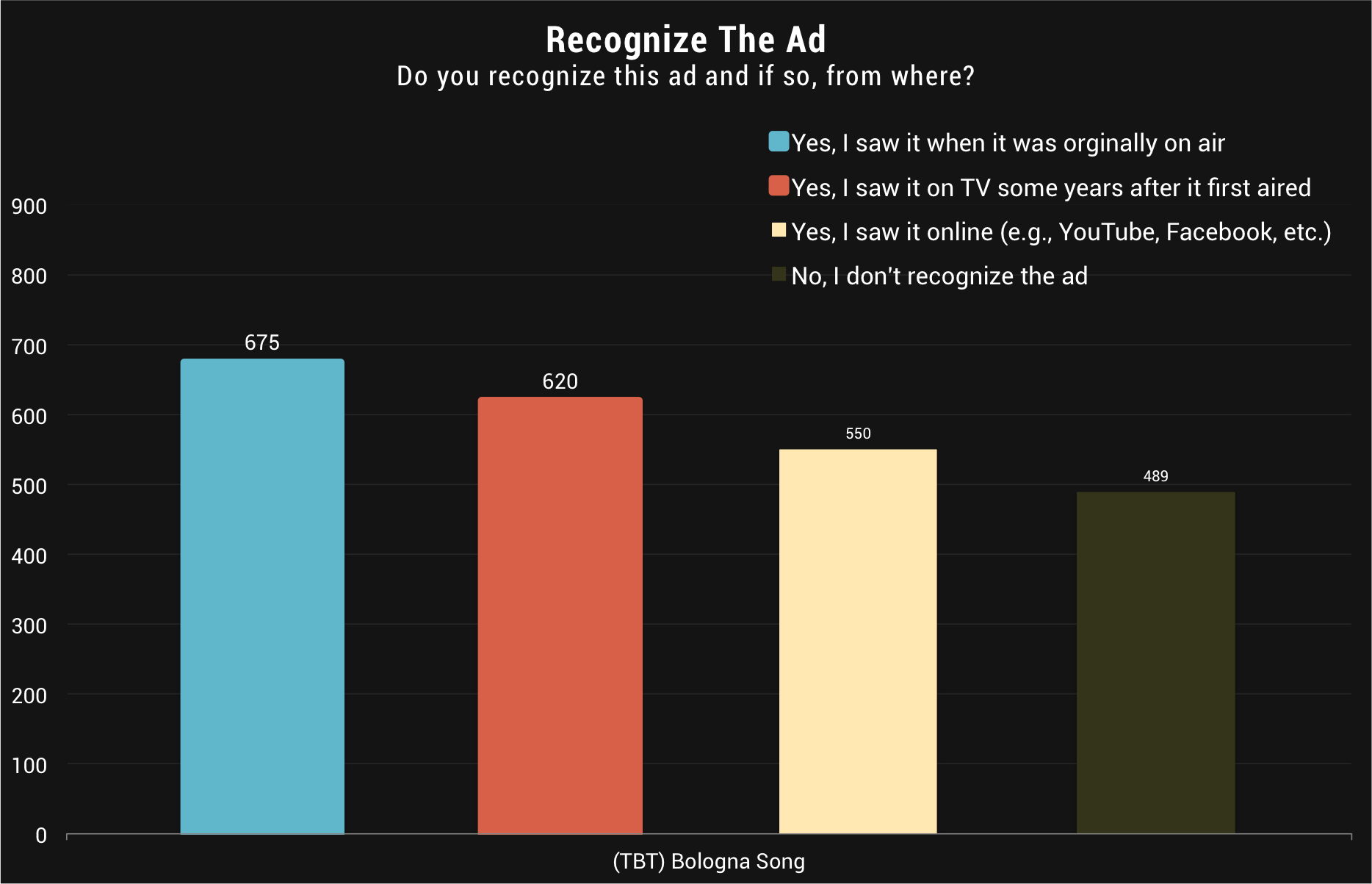 Verbatim responses left by 362 consumers certainly highlighted the nostalgic quality of the ad, with 10% using the word “back,” explaining that the ad brought back memories. Further, 9% used “classic” and 5% used “memories” and “remember” to describe the ad. 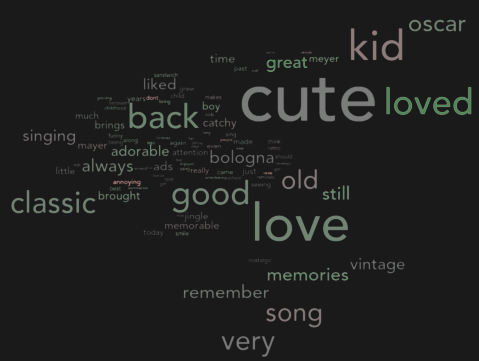 When asked how “Bologna Song” compared to current Oscar Mayer ads, a tremendous 74% said this ad is better than Oscar Mayer ads produced today. A possible explanation for this is the abandonment of the iconic jingle, which certainly resonated (and still resonates) with consumers. 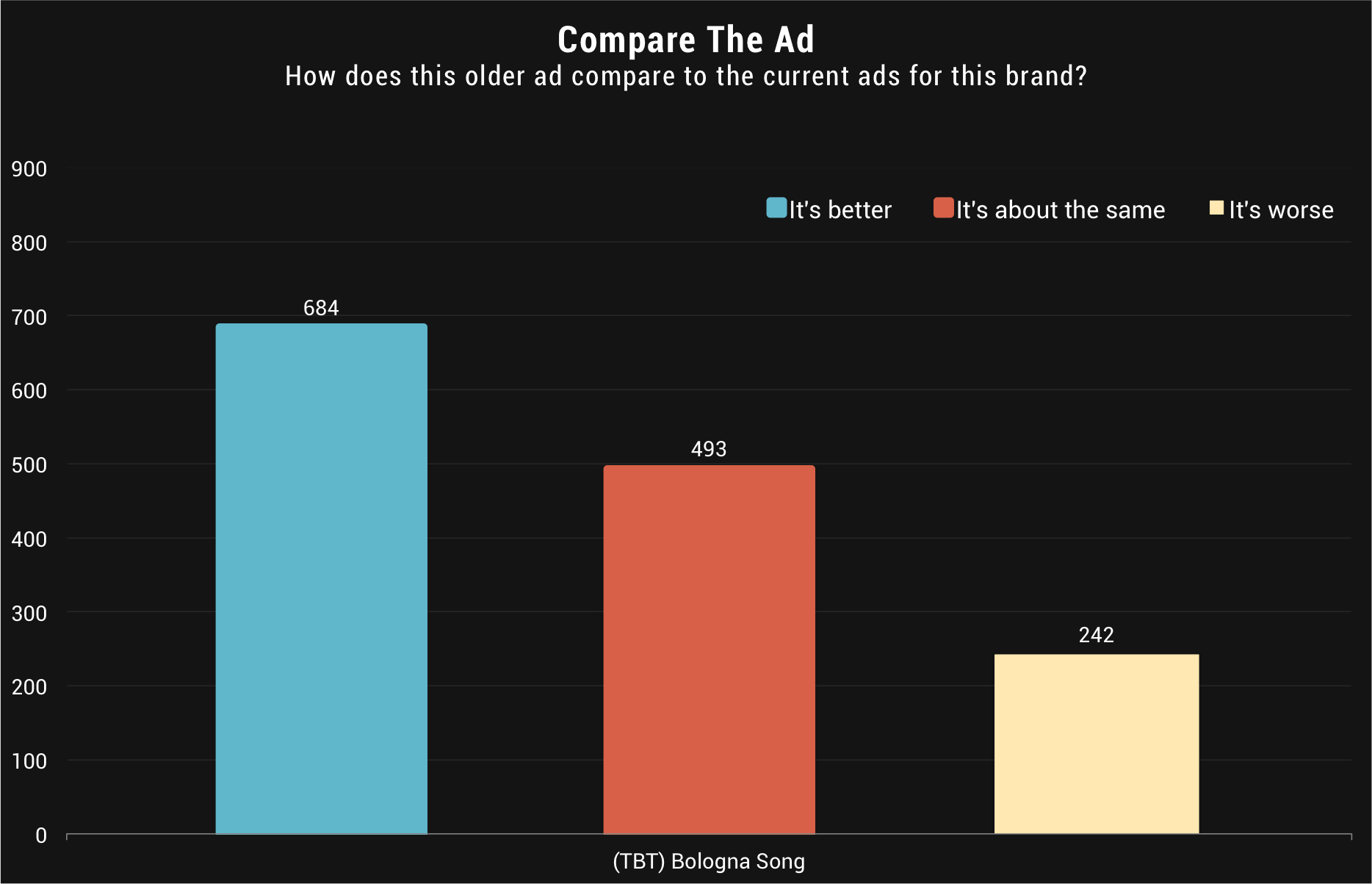 Needless to say, this vintage ad is certainly still effective with current consumers, and will have people singing along for many years to come.

Reach out to us on Twitter to suggest your favorite throwback ads for next Thursday’s #TBT.