Motorola secured a spot on the August Leaderboard with “Always Ready”- but this month brings them the number 1 spot with more than 15 million views. This is a classic example where 15% of the audience found the ad to be “funny” – but more than 15% found it either “creepy”, “stupid”, or “weird”, “uncomfortable”. Samsung, the king of the inside joke, got bested here. 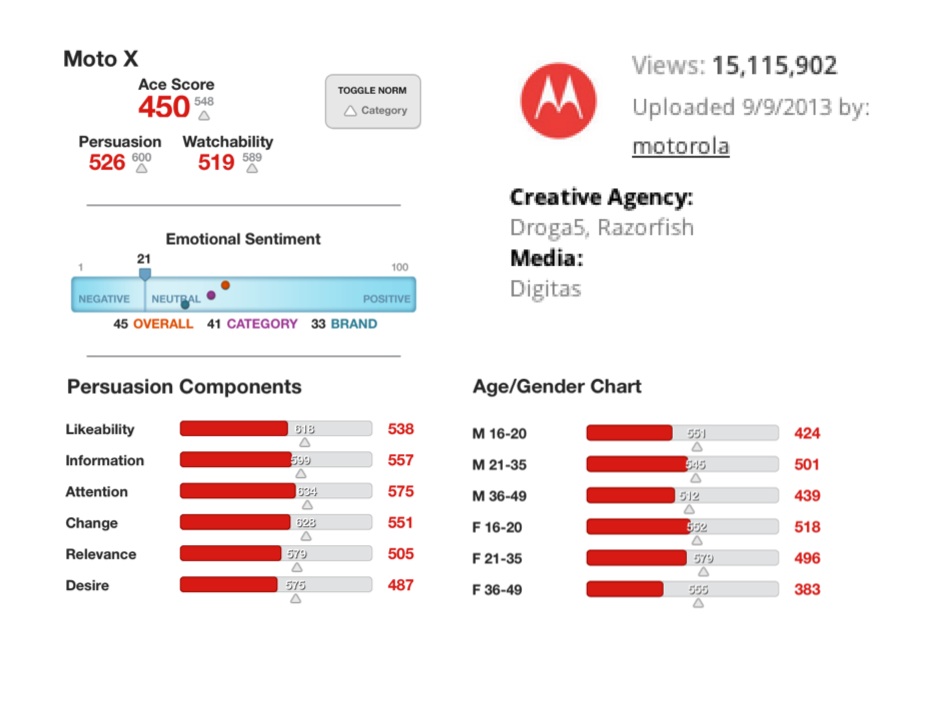 An office favorite, this ad caused us to nominate Chipotle as September’s “Brand to Watch.” Turns out we are aren’t alone. This ad appeals to the masses – with the exception of 50+ males. Attention scores are well above 700, something we don’t see in most ads and certainly a stellar performance for a long form ad such as this. 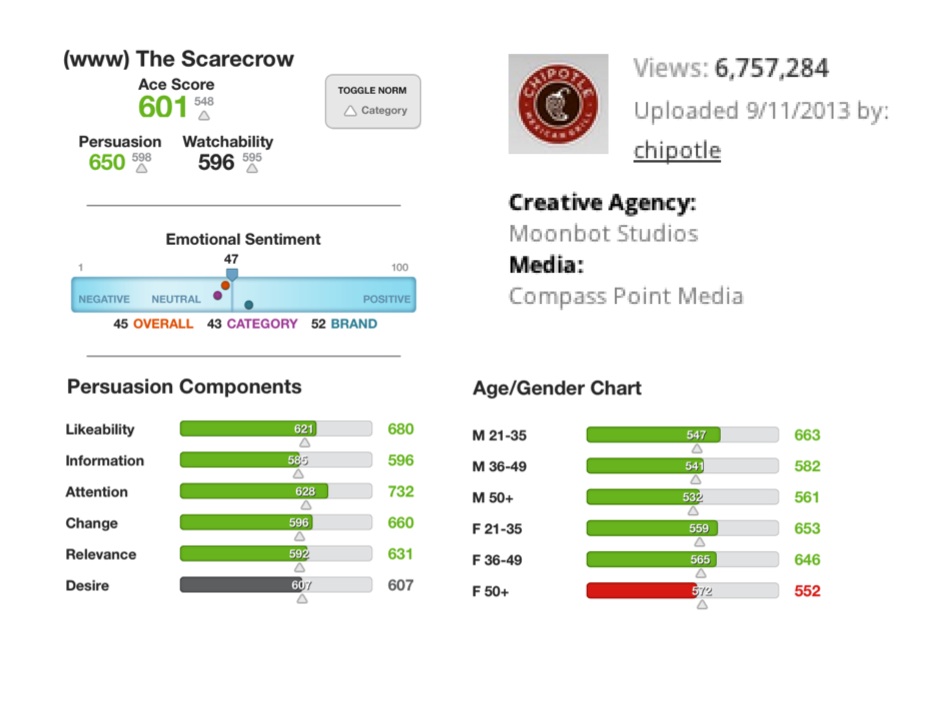 Clearly a very specific audience for this ad – and therefore no surprise that we haven’t seen in on television. Five million plus viewers online – but the ad shows stunningly low Information, Relevance and Desire scores – reflective of its incredibly narrow audience. Said audience is likely a very specific slice of youthful males. It’s not often you see female scores in the 300s. 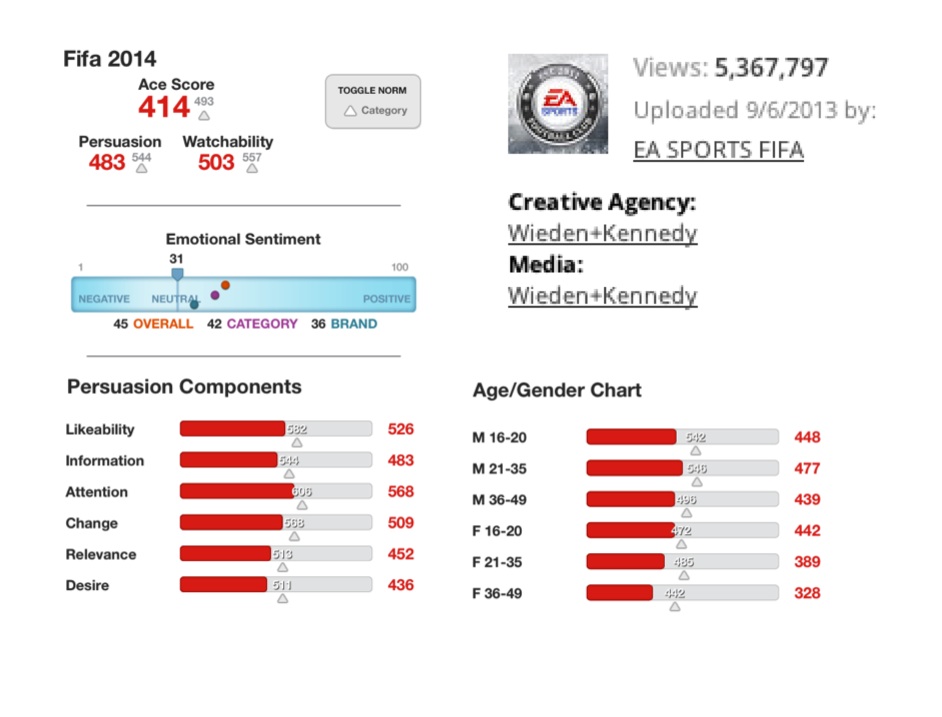 Congratulations to GoDaddy for producing an ad that has enough demographic appeal to warrant some television media spend – an accomplishment for any brand but one that’s been a particular high hurdle for GoDaddy. The ad earns outstanding Attention scores outperforming the website category norm by 19%.  More importantly the ad performs well across all demographics with an interesting older male skew and younger female skew. 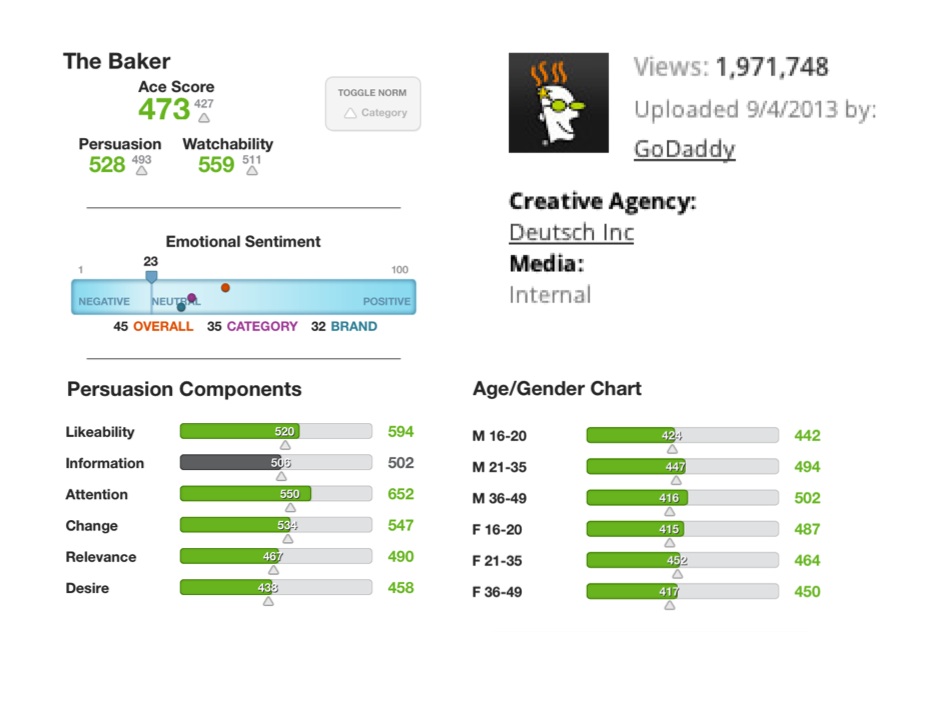 A follow up to their 8th ranked August leaderboard ad “Colin vs Russell” (or Madden 25: Summer Camp), EA Sports earns 9th place with Eyebrow Wars. As one would expect, the audience for these ads are extremely narrow – so online is certainly a suitable place for them. This ad finds it demographic quite narrow with males 21-35 giving it the highest scores – but only the younger females gave this ad scores higher than average for the age group and category. 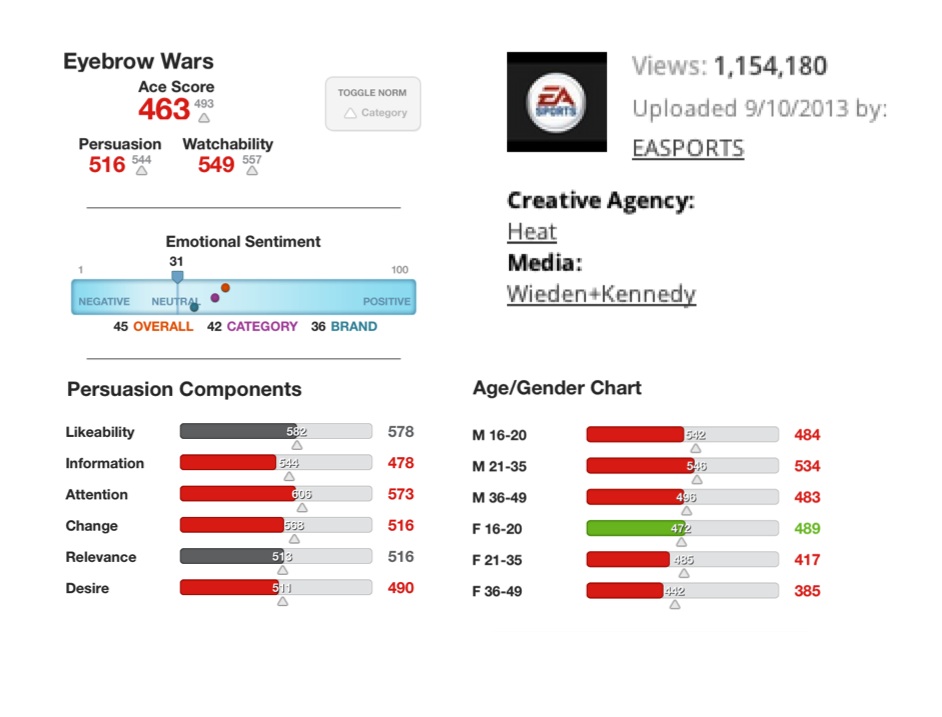 Another veteran to the leaderboard, Old Spice rounds out the Top 10 with “Wes Welker” performs strongest with the youthful male audience but also scores above norm for the personal care category among females.