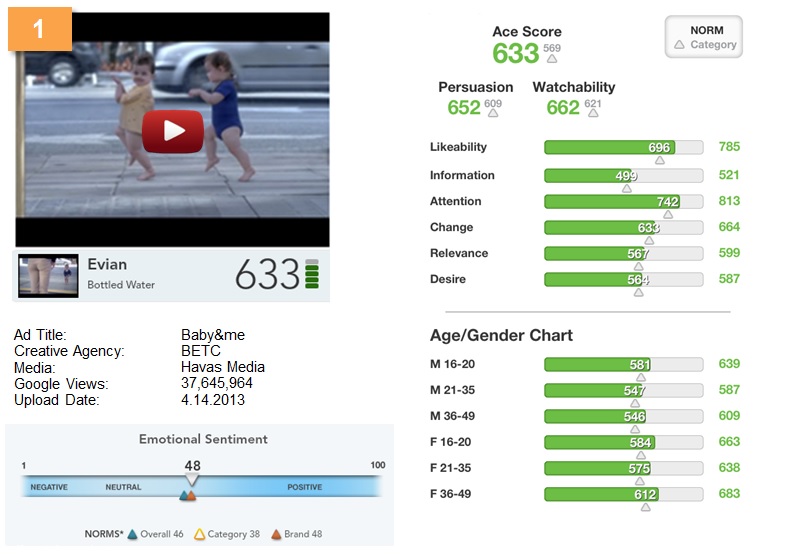 The Evian babies continue to deliver – years after our first installment of the roller skating debut (68 million views and counting).  Towering Likeability and an Attention score over 800 speak to the ads strength, while Information weighed down the Ace Score somewhat.  From a gender age perspective,  everybody loved the ad although there is a clear skew female. 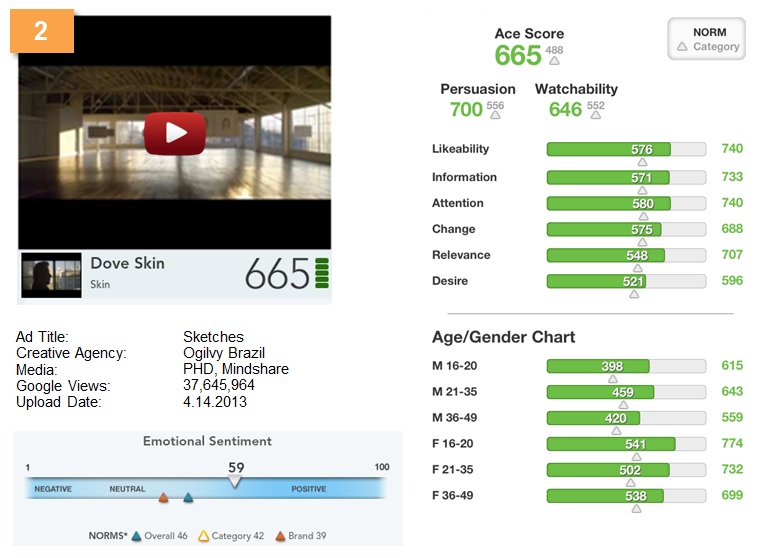 We have already written pretty extensively on the cross-over capabilities of this Dove ad but the 37 million views speak volumes for this three minute installment.  It too has a female skew, but cruses the skin norm with males, delivering high 500s and low to mid 600s depending on the age break.  Towering Likeability, Information, Attention and Relevance mark the success of the ad, while a strong Emotion score adds an additional layer. 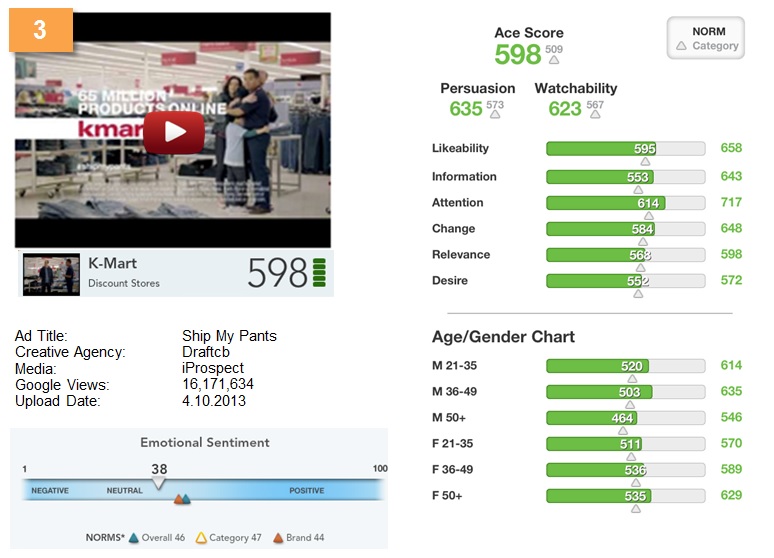 While “Ship My Pants” is slated to make the jump to television, we still remember and love it as a quirky but bold web solo.  The ad posts towering scores in retail, a category that does not usually see ads in the high 500s that don’t have a philanthropic bent to them.  Broad popularity is the benchmark of success here – even grumpy 50+ males get into the act… 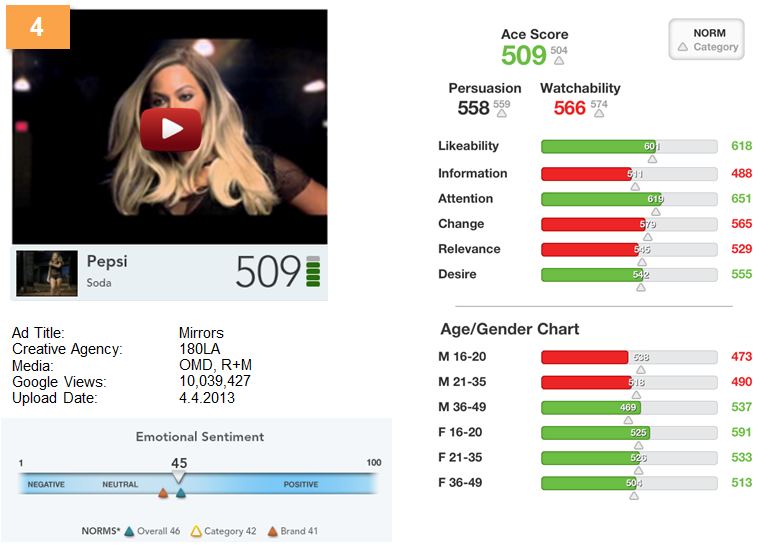 Beyonce’s is another topic we have covered in the blog recently (see post here) – and the ad was a bit of a mixed bag for Pepsi – despite its upper quintile score for the soda category.  High on Attention and Likeability, the ads was soft on Information, Change and Relevance and struggled with quite a few demos.  Like Kate Upton, there is an audience of Males 36-49 who are fanboys, but also Females 21-35. 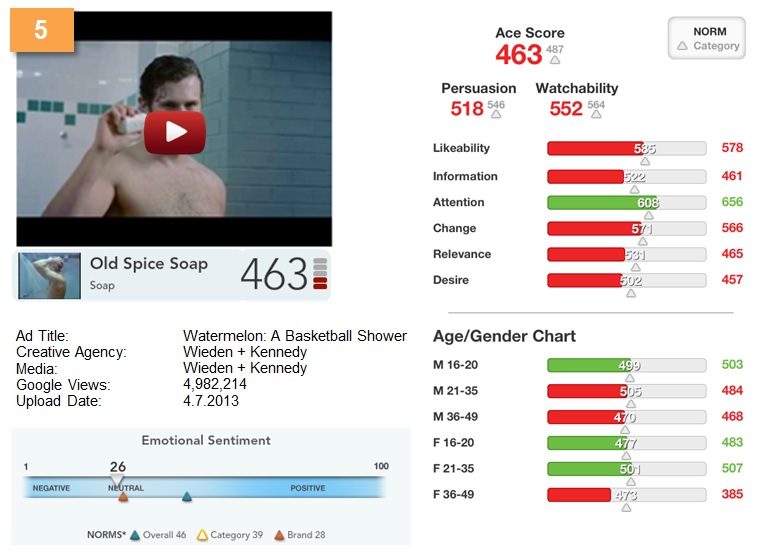 Old Spice enters the chart with a clever :18 spot that delivers younger and with Males 16-20.  Attention was the driver but Information suffers – not uncommon at this length. 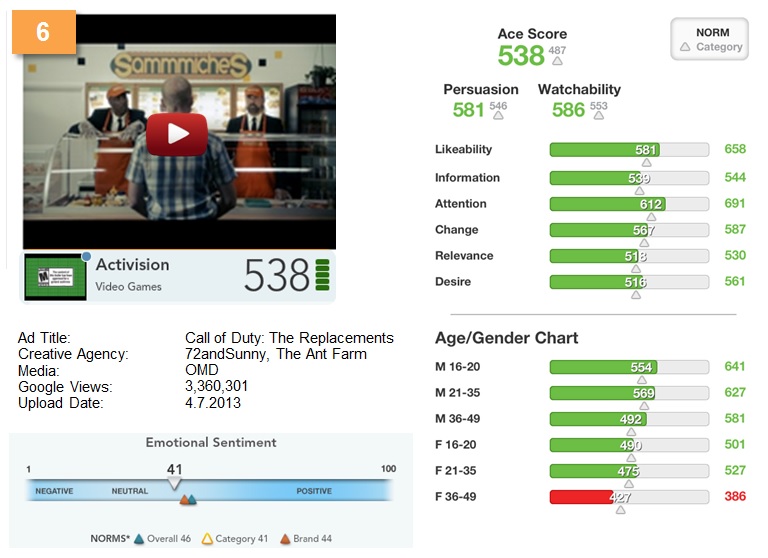 The latest installment of Activision’s “Replacements” is here and boy does it deliver.  With boys, young men and young ladies only coming up short with the untarget of Females 36-49.  The ad delivered across the board but led with Attention and Likeability.  We may add Zombies to our forthcoming paper on “Babies, Bacon and Steak – or how to succeed in advertising.” 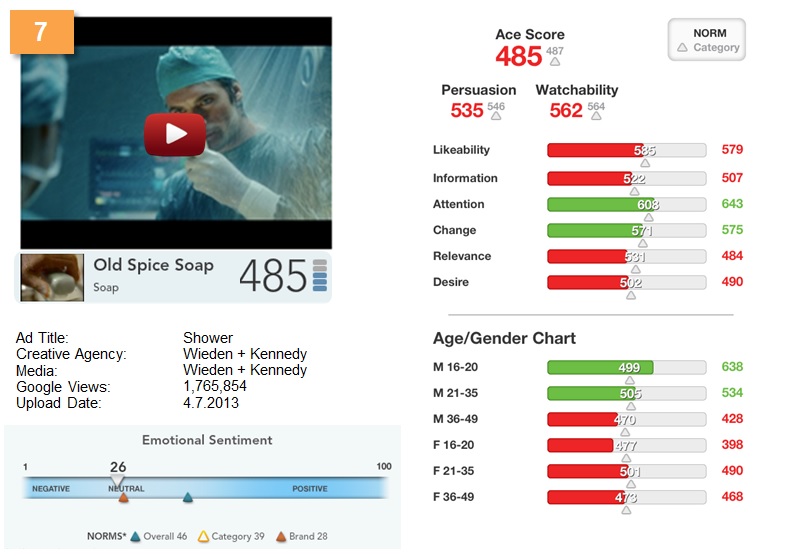 Old Spice gets another top ten showing with “Shower” and delivers with its intended audience young males.  Attention and Change are the pillars of success. 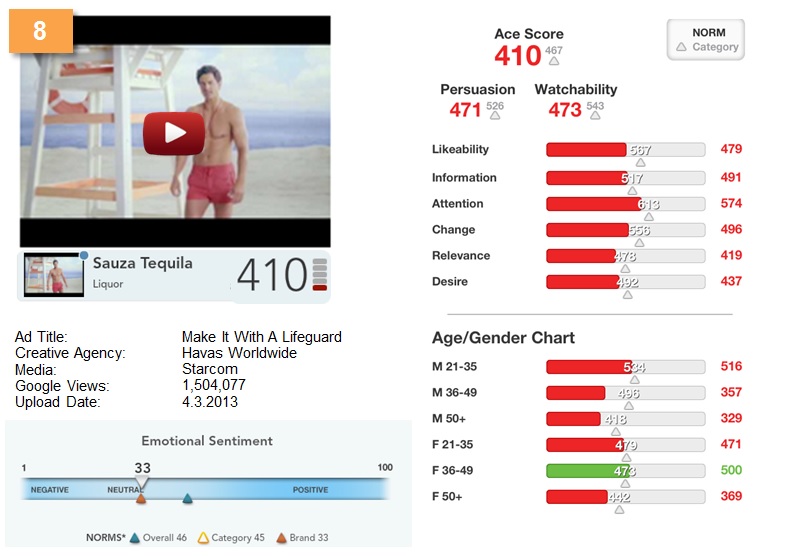 Sauza Tequila scores well with the mature female population, which is apparent in the YouTube stats as well. Attention is its best component but the ad struggles to be particularly persuasive from every direction 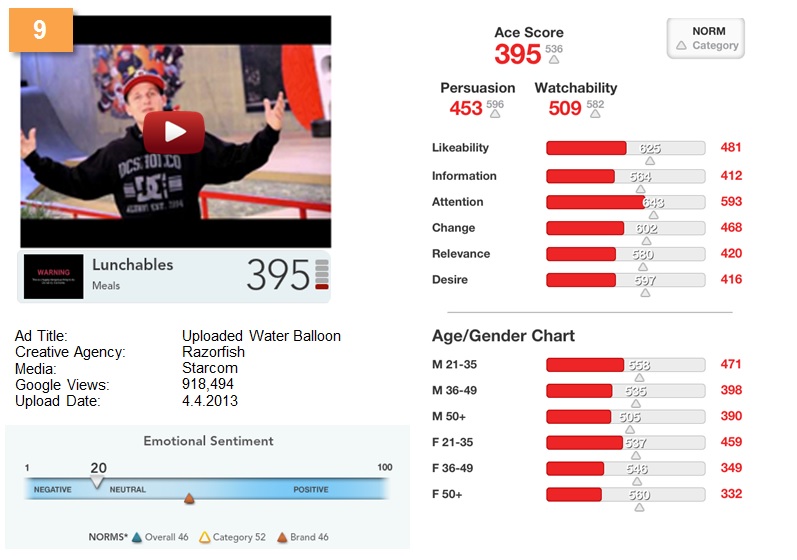 Though this Lunchables ad scored below the norm for its category, it almost reached the Attention score norm and connected most with Males 21-35. 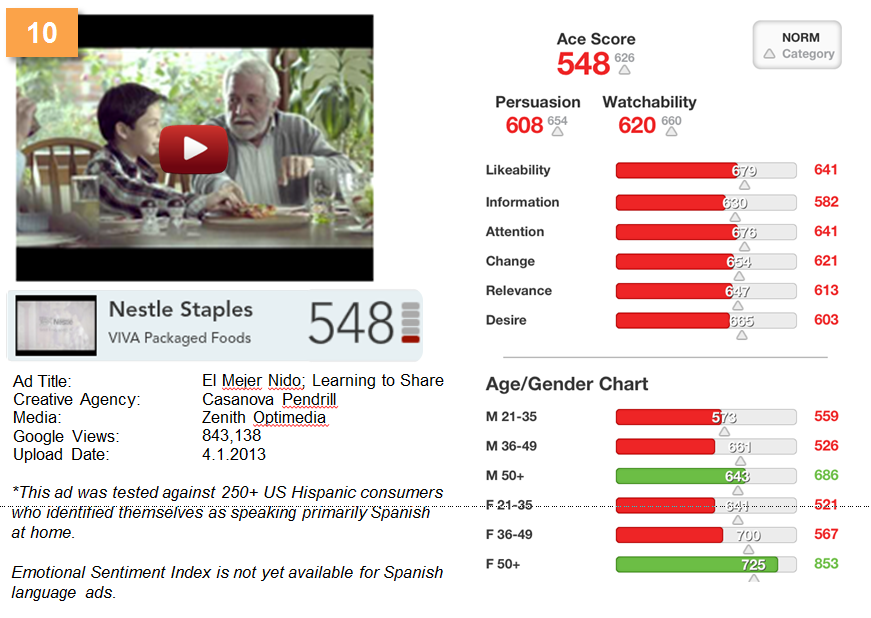 Nestle’s Spanish language is incredibly engaging for the over 50 population –  more than 100 points above norm for females – but failed to hit the mark for Persuasion and Watchability.