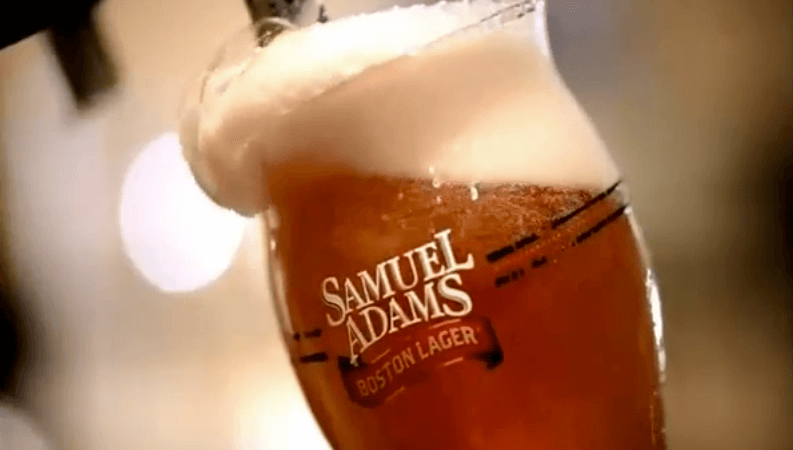 The beer category is full of memorable ads and iconic imagery – among others, the Clydesdales, puppies, and the Most Interesting Man in the World. But beer is a polarizing category. Beer, and other alcoholic beverages, are a lifestyle choice, highly relevant for some audiences but not consumed by many others. In fact, 61% of our beer ad panelists since 2010 stated that they consume beer, with the other 39% being non-beer consumers. By gender, the skews are more pronounced with 73% of males consuming beer vs. just 52% of females. This demographic profile results in beer ads generally scoring lower than most BLACKBOOK categories. In 2013, the Beer category had an average Ace Score of 486 vs. the cross-category average of 520.

The 34-point gap between Beer ads and the overall database is a function of Relevance and Desire, skewing much lower due to the polarizing nature of the category. A glimpse at the six Persuasion components shows marked differences in how Beer compares to the overall advertising landscape. As shown in the chart below, there’s virtually no difference in average Attention scores between Beer and the database. This is the case with most categories – a good ad is a good ad is a good ad, regardless of what it’s selling. But Desire and Relevance, on the other hand, skew much lower, a natural byproduct of the category’s targeted profile. Also noteworthy is the Information gap. With the occasional exception of craft beer makers, brewers tend not to pursue an informational tack with their ads, preferring to highlight lifestyle, friendship and camaraderie in their creative efforts. 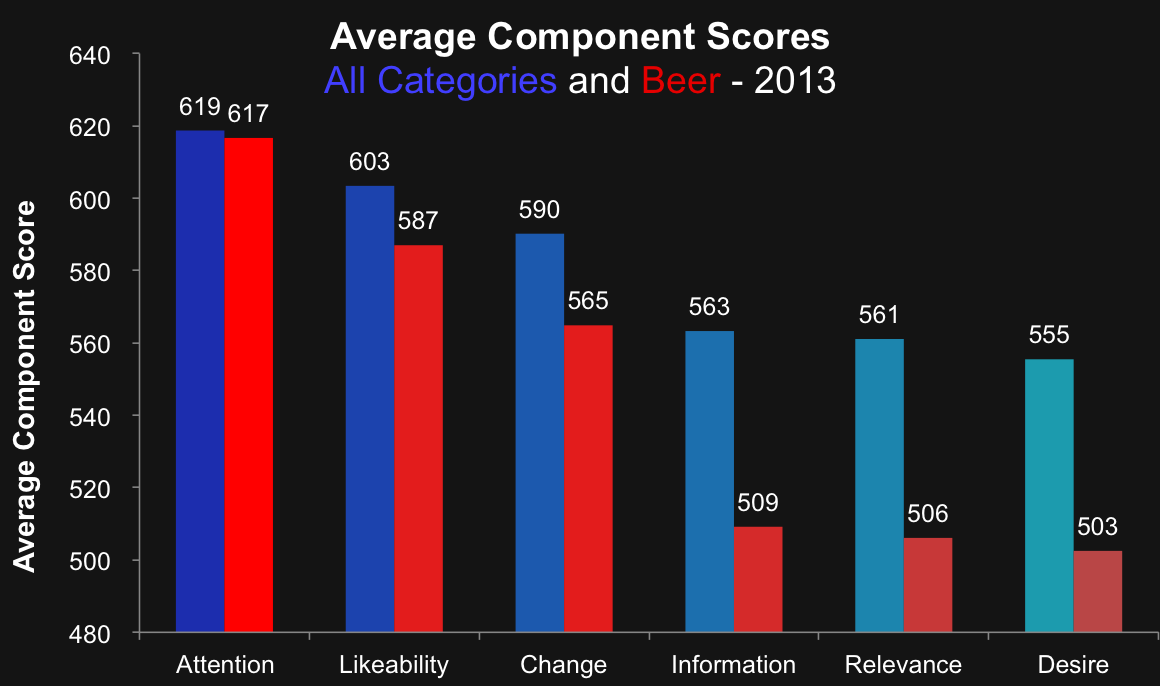 Speaking of craft beer, the top ranks of beer advertising effectiveness have traditionally been occupied by craft labels. Samuel Adams earned 2013’s Brand of the Year honors in the Beer category, taking over the #1 spot from 2012 winner, Blue Moon. Sam Adams earned the 2013 title with a portfolio of ads that highlighted both the beer-making process as well as the fellowship of drinking beer among family and friends. Another brand that successfully leveraged the fellowship theme was Guinness whose two “Friendship” spots helped the brand earn the #2 rank in the Beer category last year (see table).

Finally, we note that the demographic skew of beer varies widely by brand. In general, import labels exhibit the greatest amount of male-to-female Ace Score skew while craft beers show the least such skew. Also notable is the significant difference in Ace Scores between the general population and beer drinkers samples. Whereas the average Ace Score in the Beer category last year, based on all respondents, was 486, that average was 562 among current beer drinkers, a +76-point skew. But when we calculate beer’s gender skew among beer drinkers only, the gender skew narrows significantly – specifically, the average male-to-female skew among beer drinkers narrows to just +11 points (571 vs. 560), vs. the +76-point skew within the general population sample.

There are dozens of stories behind what drives brand performance in the Beer category, and why. Drop us a line if you’d like to learn more about beer advertising effectiveness and the 40+ brands that make up this category. Or register for the BLACKBOOK to gain a high-level introduction to all 33 categories and 1,000+ brands that are included in our coverage.

Why does IBM have the advertising blues, and what does it have to do with spring?