Do Celebrities Put the Pop in Soda?

Are Taylor Swift or Beyoncé making a difference in the minds of consumers as Diet Coke and Pepsi’s respective brand ambassadors?

Not so much… unless you’re of a certain age.  The truth is, the ads starring these stars are highly polarizing—and maybe that’s just what the soda makers are going for.  Beyoncé’s “Mirrors” ad for Pepsi scored just at norm with an Ace Score of 510, but killed it with women aged 16-20.  But aside from men 36-49, men were not terribly impressed. 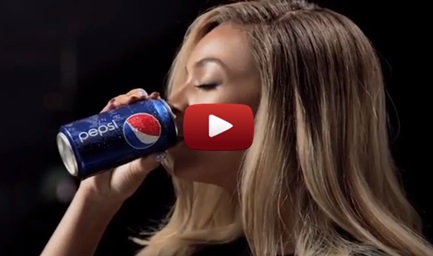 Said one male 21-25, “I love Pepsi, but I hate Beyoncé… No need to pay someone big bucks to star in an ad; just make advertising that is DIFFERENT.”  This gentleman was not the only person to voice this sentiment.

Taylor’s ad, which seemed to want to appeal to all demographics—from the African American man driving a car, to a young girl with a guitar, to the guy flipping burgers—was even more off-key than Beyoncé, posting an Ace Score of 477, the lowest scoring Diet Coke ad to date. Interestingly, Taylor edged a little older than Beyoncé, performing best with the female 21-35 set, but did poorly with men across the board. 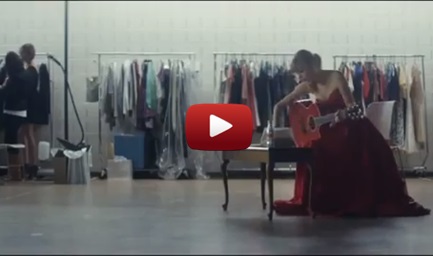 One male 36-49 year old said, “The product did not relate to the content…  The correlation between Taylor Swift and writing a song did not draw me to Coke.”

A female aged 21-35 said, “Yikes, didn’t you hear that Taylor Swift is overexposed?  She is everywhere and the backlash has started :/ ‘Good luck with that Diet Coke.”

NOT ALL SODA AMBASSADORS ARE CREATED EQUAL

What was the number one soda ad over the last 12 months?  Coke’s Ekocycle ad featuring will.i.am. 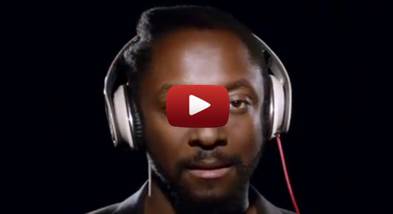 Its Ace Score of 658 is in the top 1% of advertising over the last year.  Like the ads from Beyoncé and Taylor, “will” did perform better with women.  One female aged 21-35 said “I will check out ekocycle.com… it looks interesting.  I love to recycle even though resources are limited here.”

That said, an Ace Score of 658 (compared to an industry norm of 510) speaks for itself—and is evidence of why will.i.am probably does deserve the CLIO he will earn in May. 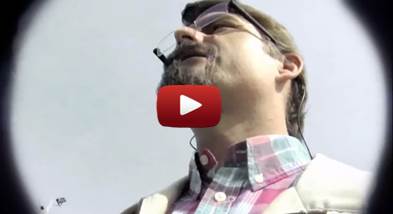 By the same token, while not as successful as the will.i.am spot, Pepsi’s use of Jeff Gordon to promote Pepsi MAX proved more effective than Beyoncé—and was universally appealing regardless of gender or age.  A YouTube sensation that eventually ran on TV as a 30-second spot, the ad earned an Ace Score of 575.

“This ad is hilarious! It grabbed my attention when it showed Jeff Gordon putting on a disguise, then kept my attention throughout,” said a male 21-35.

So, why did these ads perform so much better than those starring Taylor and Beyoncé?

Beyoncé and Taylor while popular in certain demographics have certainly been saturating the market with their day jobs and these side gigs. Jeff Gordon and will.i.am, while well known in their own right are not nearly as overexposed as the ladies.

– Consumers respond when treated with respect – or at least when entertained creatively.

Singers enjoying their cold soda of choice while ‘working’ smells like an all too familiar ploy, implying that the celebrity hocking a product will make you want to buy it.  Alternatively, ads like “Ecocycle” and “Jeff Prank” are fundamentally creative ads that both inform and entertain without suggesting that consumers relate to the celebrity they feature.

The word clouds visually depict the answer to the question posed at the top of this page. Of the hundreds of unprompted open-ended responses gathered for each of these ads, the overexposed celebrities were called out by name 24% and 29% respectively. Red words indicate negative responses / scores, while green indicate positive.

Likewise, the word cloud from the ads featuring Jeff Gordon and will.I.am demonstrate a less polarizing, perhaps less recognizable celebrity – giving way to the intent of the ad, to inform, to entertain, to leave the consumer with an impression of the brand and in both cases – that impression is positive.

Not to sound like a broken record, but your advertising hits everyone. While the celebrities chosen to push products like beverages may be favorites of one demographic or another, don’t forget that the person holding the household purchasing power is watching the same ad and likely has his and her own opinion of the star. Care should be taken in how the celebrity is incorporated into the creative to avoid delighting the few while irritating the many.

He Said, She Said