Scotch-Brite, the “Cleaners” division of Scotch, has won Week 18’s Ad of the Week. 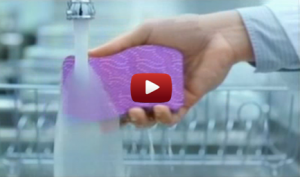 Every gender/age break scored the ad above norm except males 50 , but it was females 50 who scored the ad highest, especially in terms of Desire, which was 30% above the norm for that component.

“The Listener: Heather Green,” flawlessly incorporates humor and customer relations into the introduction of their new product, the Stay Clean Scrubber Sponge – a sponge without pores that prevents trapped food (Ace Score: 629). Desire was the highest component score, unsurprisingly, because 9% of the optional 292 verbatim responses used the word “want.”

While this is only the fourth cleaners ad to make the list in the last three years, it is not the first product innovation ad we’ve seen. Other recent winners include Mercedes’ “Like a Human,” Cool Whip’s “Mistreated and Hurt” and Windex’s “A New Way to Clean.” Product introductions can be dicey but in these particular cases, the product caught the audience’s attention by solving a problem that exists with a current product. Respondents from the Scotch ad often mentioned their interest and intention to buy the product. The words “attention,” “love” and “relate” were used frequently, indicators of the success behind this new product ad. 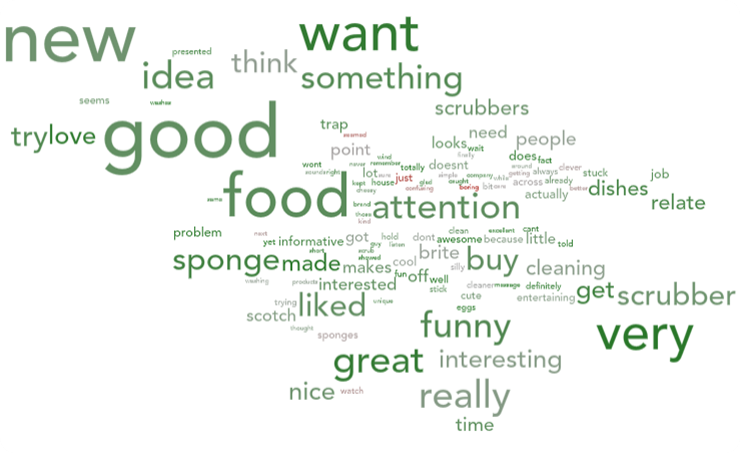 Please Note: Sometimes (but rarely) ads are analyzed too late to be considered for Ad of the Week. This week, Samsung’s “Graduation Party” would have been the Ad of the Week as it came in with an Ace Score of 665.

Do Celebrities Put the Pop in Soda?