For years now the movie and video game industries have been working together making video games based on popular films. This synergy between the two businesses has had its share of successes and failures; however, interestingly, the very first video game to do this was also considered the largest failure, Atari’s  “E.T.: The Extra Terrestrial.” The game was rushed to market and was so overwhelmingly bad that many unsold copies of the game can still be found in landfills throughout the United States. Not only did the game ride on the coattails of one of the most famous movies in cinema history, its advertising also had a strong campaign, which explains the initial commercial success of the game. But with retailers over ordering and horrible reviews, sales quickly hit a halt and never recovered.

For this Throwback Thursday, we tested E.T.’s Atari holiday ad that provides a mixture of Christmas and alien, captivating many children during the time of its ‘80s debut. After testing the ad with 500+ of today’s consumers, the ad received a strong score of 598, which is 15% above the Video Games category average. The ad outperformed the norms in all six components of Persuasion with the exception of Change, which is not surprising.

Not surprising, 25% of consumers agreed that the best aspect of the ad was the E.T. 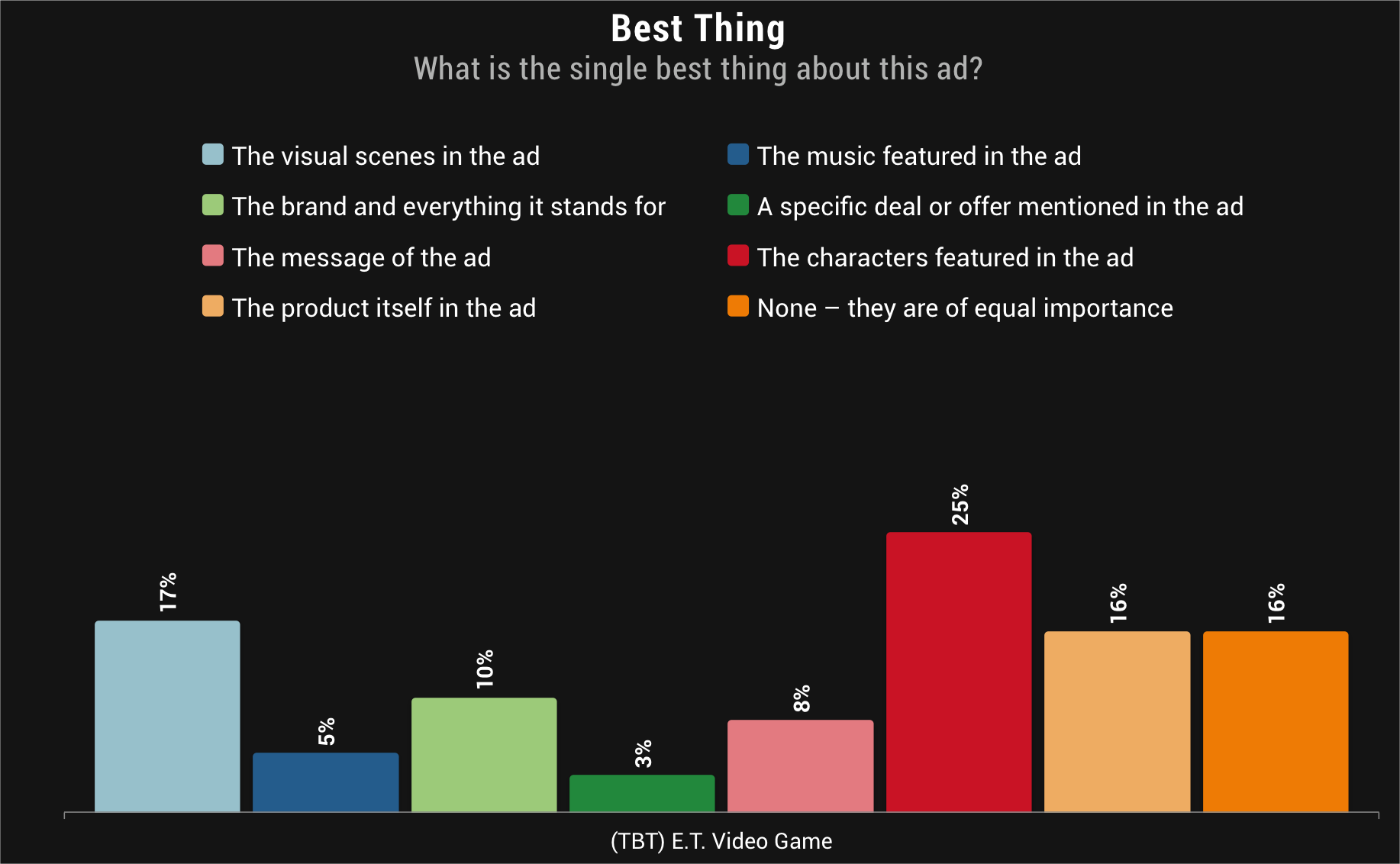 This can also be seen in the 315 viewer responses, which had “E.T.” in 17% of the optional responses. The brand name “Atari” came in at a close second with 16% of consumers mentioning the classic console. Another word that appears in 7% of the responses contained the word “memories,” many of which also referenced the Atari brand. 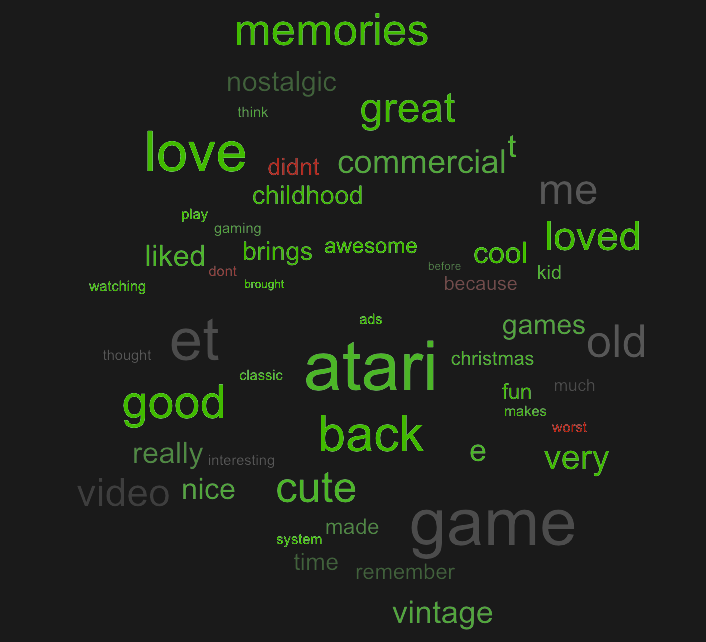 Like many previous Throwback Thursday ads, this commercial scored exceptionally well in terms of Likability, Attention and Relevance. The combination of the Christmas spirit, E.T. and nostalgia created an above average Emotional Sentiment score, scoring 30% above the brand average and 9% higher than the video games category average.

Despite having the year’s most popular film to tie-in with and a convincing advertising promotion, the E.T. game still amount in a loss for Atari. Eventually, a year later, the company was divided up and sold. Though there have been many bad reviews, not everyone disliked the video game…