Hot Wheels makes a second appearance on the Ad of the Week list, but for a different Hot Wheels product. Its winning minute-long spot is more reminiscent of an informercial than a commercial, providing lots of information and details to earn the highest Ace Score relative to its category norm. Pillsbury’s winning ad also gave viewers some helpful tips on how to make no-mess sloppy joes with Pillsbury Grand Biscuits, earning the highest Ace Score of all 110 ads to debut last week.

Mattel’s latest ad, “Create Your Own Hot Wheel’s Experience,” featuring the Hot Wheel’s airbrush designer and track builder. The ad entered our database with an Ace Score of 606, nearly 30% above the 12-month norm for the Toys category. The ad goes into great detail about the new toys with fast-paced background music that seems to move the ad along. 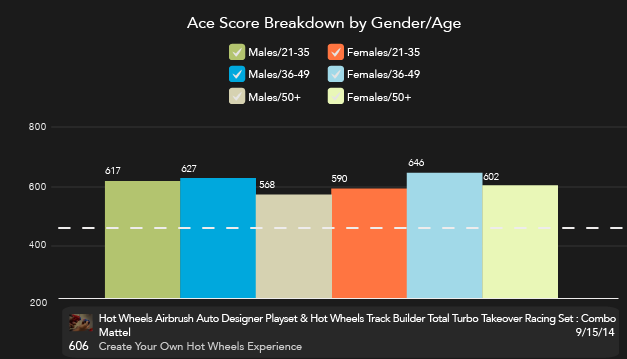 Most impressive is the ad’s Emotional Sentiment score. The Toy category usually scores slightly higher than the database average, but Hot Wheel’s ad went above-and-beyond. With a score of 73, the ad elicited a 30% increase in emotional responses compared to the average Toy ad.

The word cloud combining the ad’s 340 optional responses reveal what kind of strong emotions this ad caused such a high Emotional Sentiment score.Consumers used words like “love” (7%), “fun” (9%), “cool” (9%), “great” (9%) and “awesome” (3%). In the verbatims, many consumers reminisced about their youth, filled with Hot Wheels and race tracks, while remarking how the new Hot Wheels toy is something with which they would still love to play. 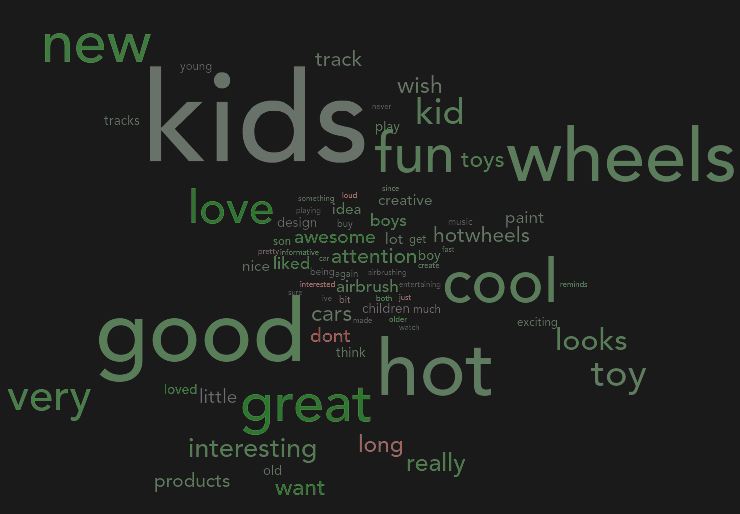 Although it’s still September, several of our survey respondents were already thinking that these Hot Wheels would make great Christmas presents.

Pillsbury is always thinking of clever recipes for its cans of baked goods. Consumers awarded its latest ad, “A New Trick for the Same Dinner,” an Ace Score of 655, the highest of any ad to debut last week. The ad manages to give a tasty recipe tip in just 15 seconds for a scrumptious sloppy joe biscuit pocket.

The ad achieved its high score through leveraging its ability to be informational and impart desire. The short and scrumptious recipe helped viewers learn something new while the images of the flakey, rich sloppy joes made people want some delicious dinner. The Information score is 10% higher than the category norm while the Desire score is 7% above the norm.

The word cloud reaffirms the ad’s component scores with 10% of consumers mentioning how they appreciated the meal “idea.” Likewise, 5% mentioned the ad made them “hungry.” 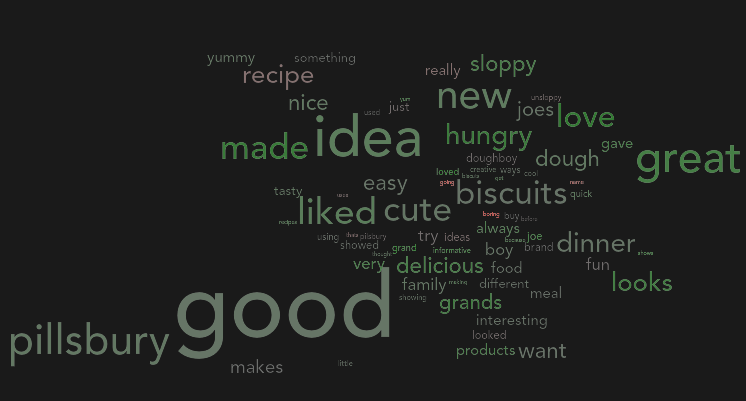 Pitting Brand vs. Brand: What Can We Learn?