In 1993, the milk processors of California decided to donate a percentage of each gallon sold to promote milk consumption. Through this decision the “Got Milk?” slogan was born. That same year, the original Got Milk? ad, “Aaron Burr,” hit televisions across California and the nation. Not only successful with its creative, winning advertising awards, but it also increased the sale of milk by a substantial amount; this is why the ad was rereleased and ran again in 2002.

“Aaron Burr” surpassed many of the brand’s other ads in several components including Attention, Likeability and Relevance. Both Likability and Attention exceeded the category’s norms by a large margin. Consumers gave the ad a Likability score of 726, 12% above the norm, and an Attention score of 721, 9% higher than the category norm.

While female consumers tend to score ads higher than their male counterparts, this ad was much different. Men awarded “Aaron Burr” a score of 648 while women gave it a 594, which is a 9% difference between the two scores. The male 36-49 demographic scored the ad the highest (670), followed closely by the male 50+ demo, a group who usually provides the lowest scores among the age/gender demographics. 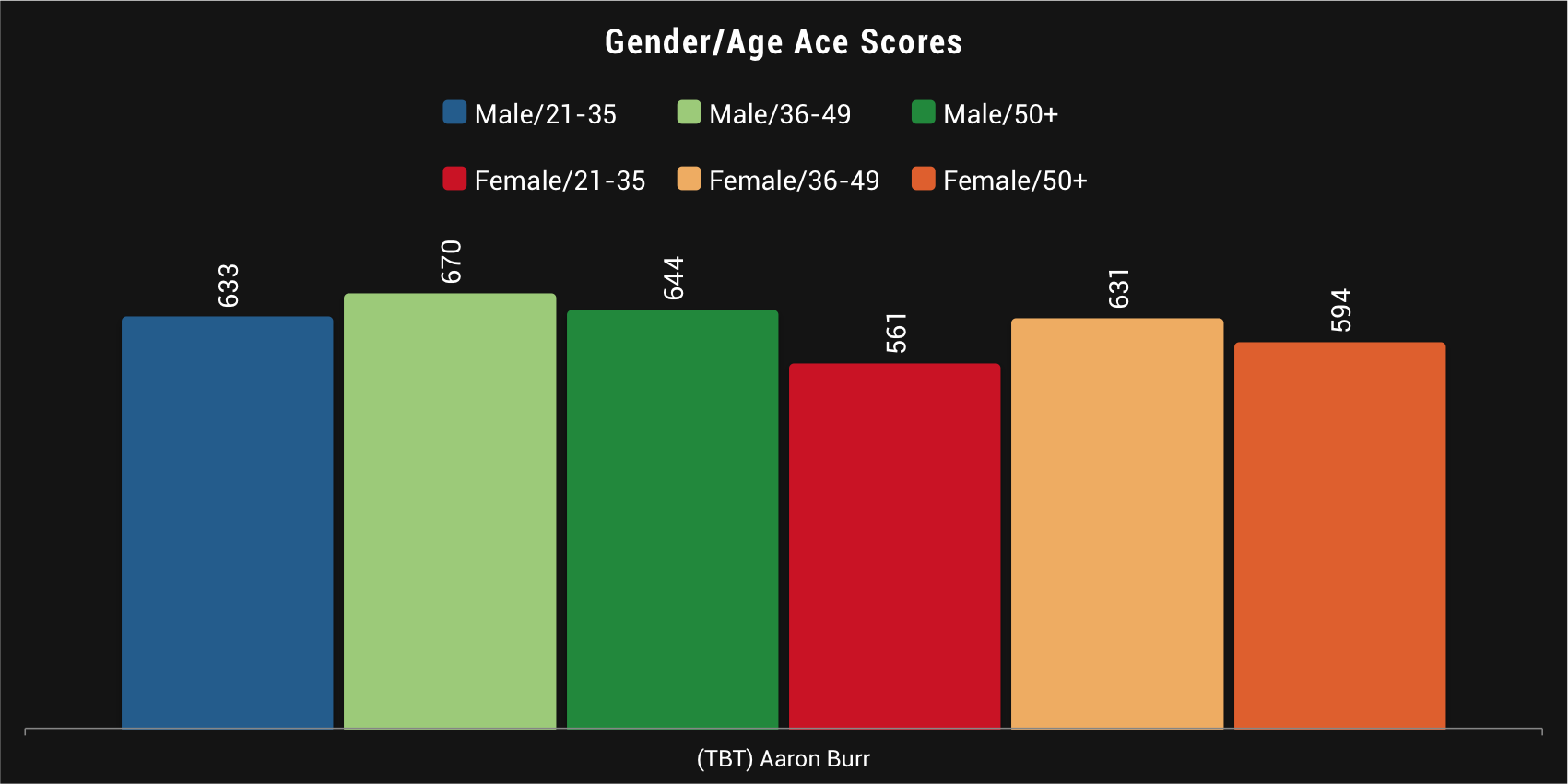 Numerous consumers referenced the humor of the ad, with 19% of the optional responses containing the word “funny” and 3% containing the word “humor.” Not only did people enjoy the humor, but they also recognized exactly what the commercial was advertising. According to our brand recognition data, 91% knew the ad was for “milk.” 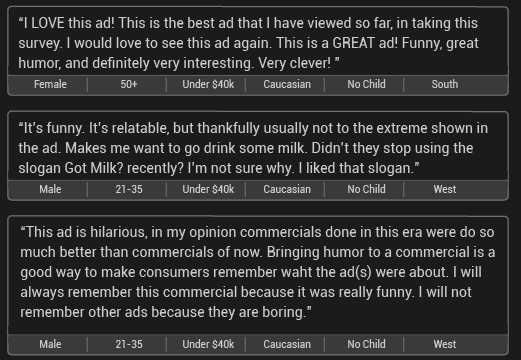 When 500 consumers responded to the question does the brand still reflect the ideas and values presented in the ad, 69% of consumers believed that it did “a lot.” 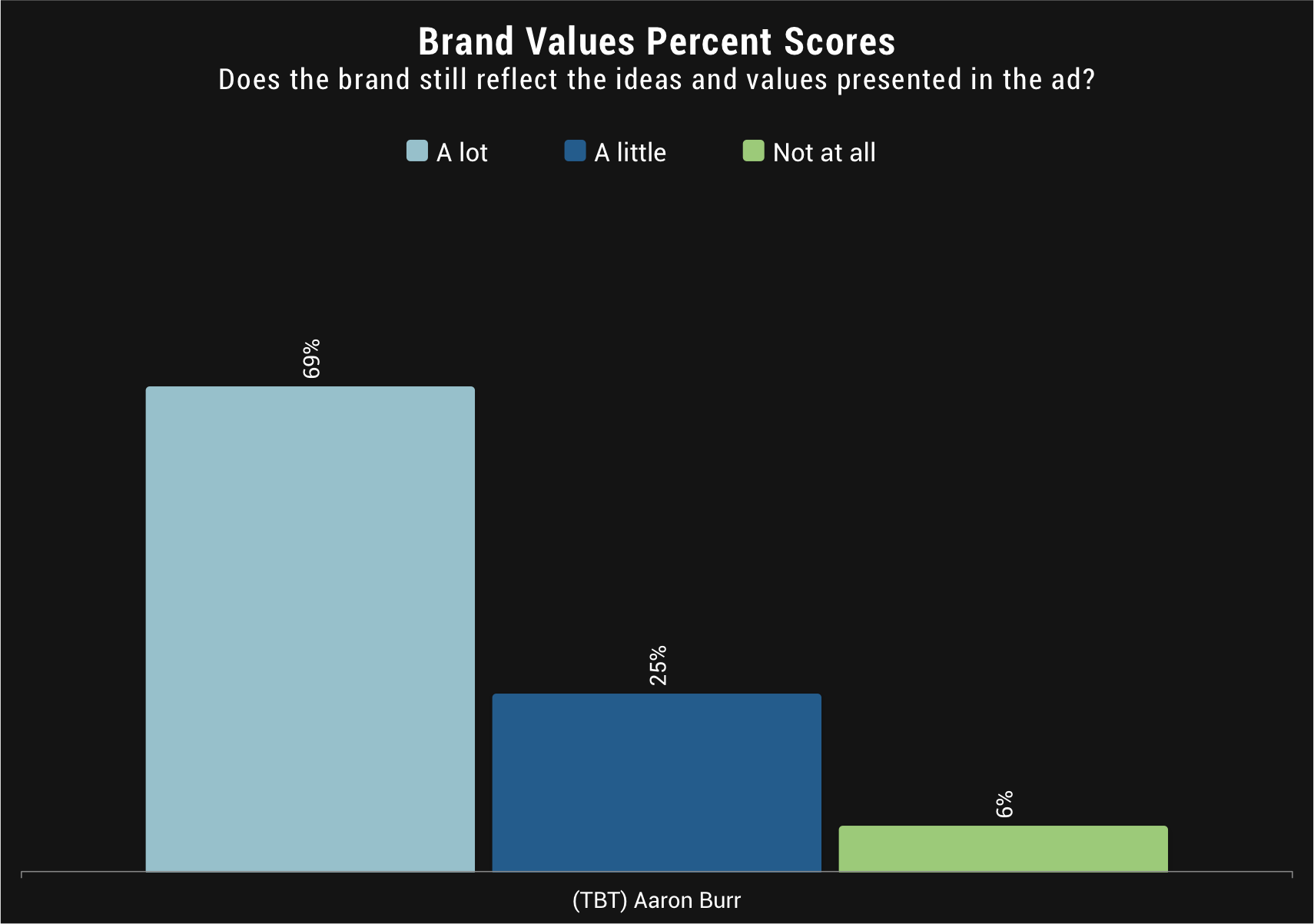 Over 20 years after its original airing, milk commercials just recently started using a different slogan, “Milk life.” “Aaron Burr” was so successful and popular that USA Today names it one of the best ads of all time. The brand continues to have amazing creative, which is reflected in the high scores that its ads receive from consumers. While the slogan may have changed, we’re guessing it won’t be out of pop-culture anytime soon. This leads to the number one question of the last 21 years. Got Milk?