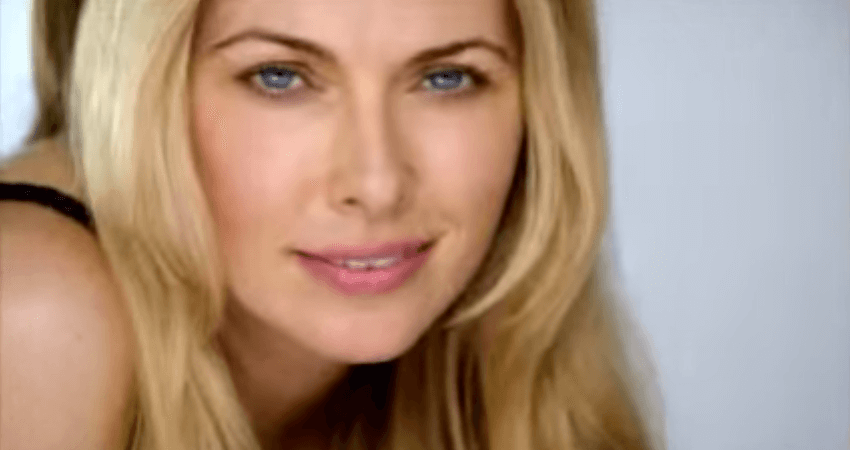 Whether you saw the original or Ellen DeGeneres’ version, you’re likely familiar with Viagra’s new ad featuring a much-talked-about female spokesperson. In general, Viagra ads do not perform particularly well from a general population Ace Score perspective. Mainly because Viagra is only meant for half of the population and even then only a small percentage may actually find the ad relevant. To boot, the medical problem Viagra treats isn’t a particularly popular dinner topic, offending some sensitive viewers merely by mentioning the brand’s name.

Interestingly, both ads scored nearly identically on an overall Ace Score basis with “Take It When You Need It” earning a score of 416 and “Knowing What You’re Made Of” scoring 418, just two points higher. 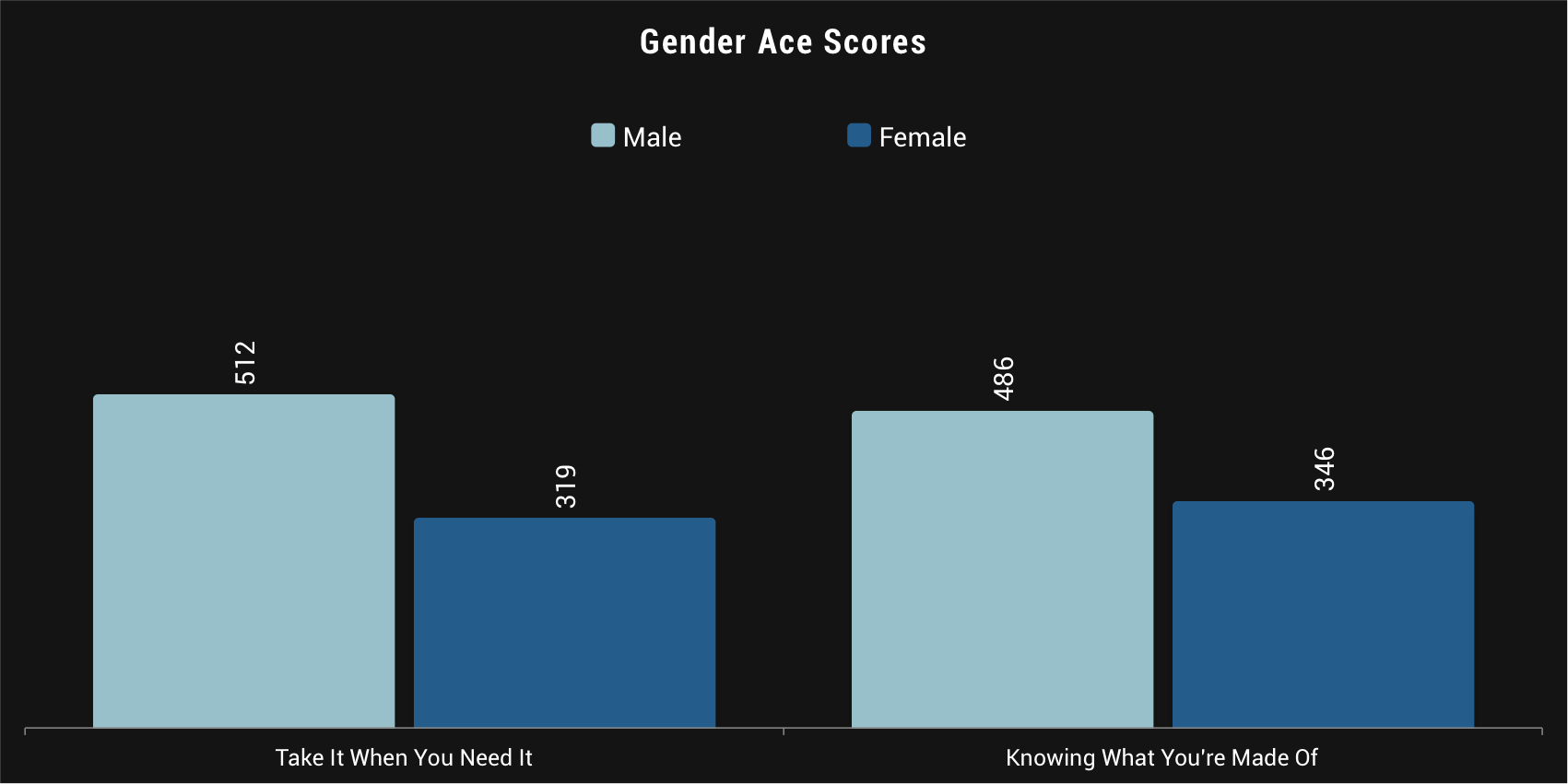 The verbatim responses for the target demographic, consumers over 50, reveal why men and women saw the two ads differently. In “Take It When You Need It,” men ages 50+ found the ad “sexy” (8%) and “hot” (7%), getting their “attention” (7%) with positive scores. Conversely, women ages 50+ liked the beach scenery but weren’t too enthused by the sensual nature of the actress. Eight percent of women 50+ told the advertiser what they “should” be doing and what they “need” (7%) or don’t need. 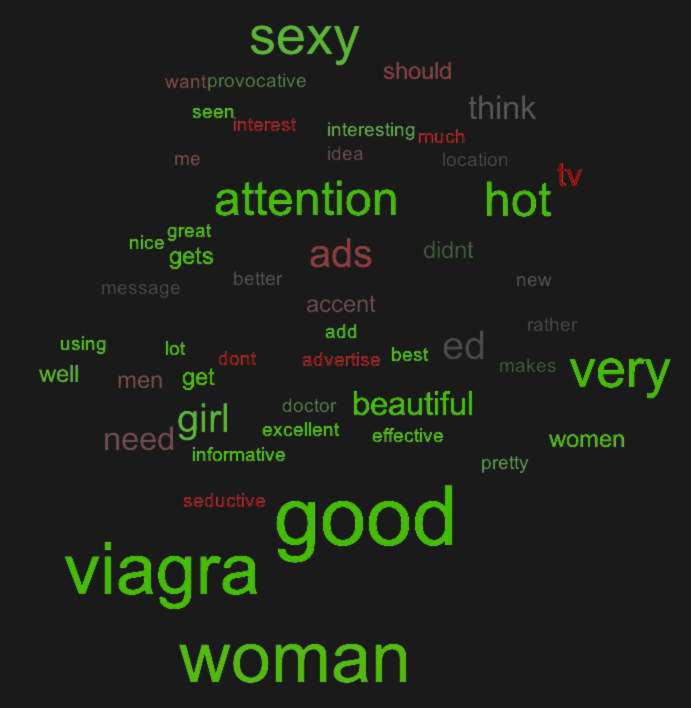 (Word cloud combining “Take It When You Need It” responses from men ages 50+.)

However, women reacted quite differently to “Knowing What You’re Made Of.” While some men and women struggled to see the relevance between E.D. and fishing, many women ages 50+ still noted that they liked seeing the fisherman and the visual scenes. 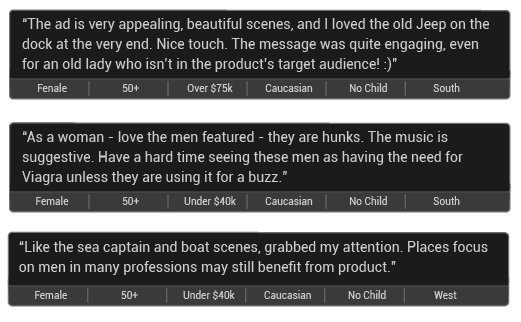 Consumers who currently use Viagra awarded “Take It When You Need It” the highest score of the two ads with a score of 809. 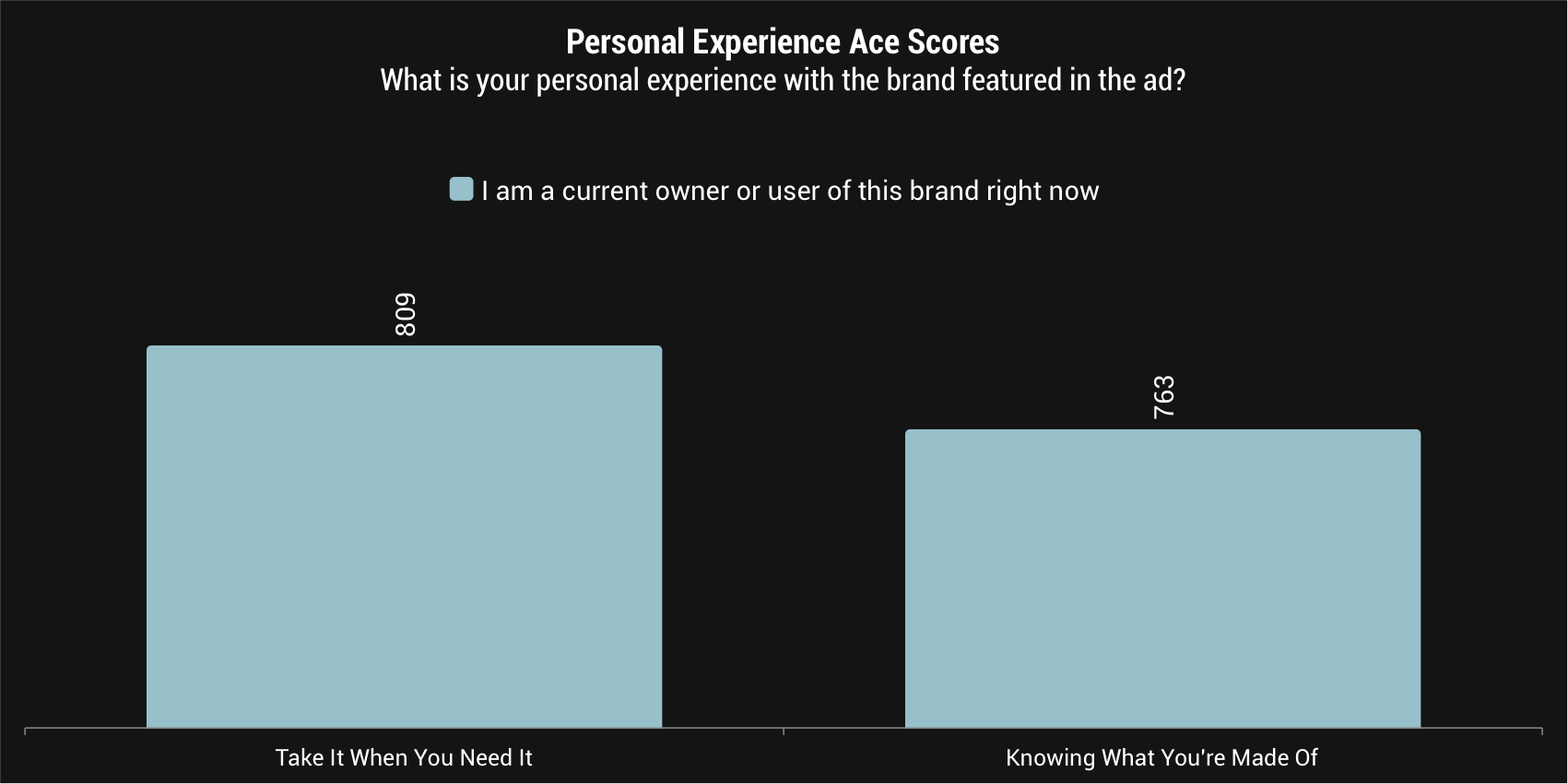 While both ads had close to identical overall Ace Scores, it wasn’t until we looked into the nuances of the data that the reasons for each ad’s performance was revealed.