Since many Americans headed to the polls on Tuesday, we decided to test out this classic and influential public service announcement for Throwback Thursday. Airing in 1971 on Earth Day, the famous ad from Keep America Beautiful and Ad Council is known as “The Crying Indian.” This ad was created to call attention to the growing issue of pollution and littering in America. The spokesperson in the ad, Iron Eyes Cody, passed away over a decade ago, but continues to be an icon against pollution and littering in our beautiful country. “The Crying Indian” still has an affect on many consumers today, earning an Ace Score of 704 when tested with 500+ of today’s consumers.

Of course, many consumers found the ad’s message to be the best thing about the ad. Forty-six percent of survey respondents indicated that the ad’s ability to convey the importance of not littering was the paramount aspect of the spot. 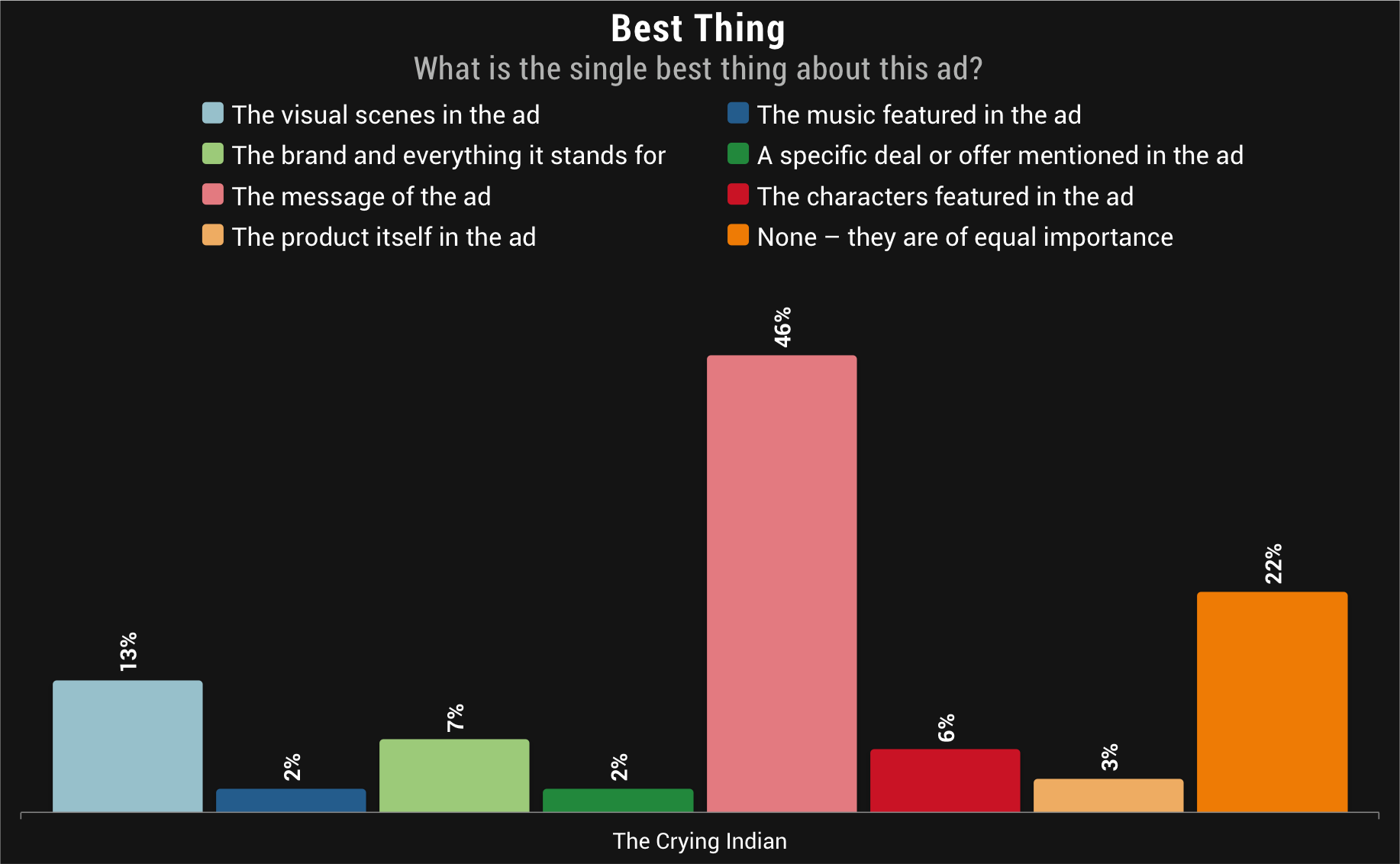 “The Crying Indian” came back with an incredibly high Ace Score, but equally as impressive is this ad’s component scores. The ad achieved scores above 700 in Likeability, Attention, Relevance and Desire, outperforming the norm for Corporate Branding ads by staggering numbers. Most remarkable are the marks for Likeability, Attention and Relevance, which achieved scores at least 20% above the category norm. In fact, consumers found the ad incredibly applicable to them, awarding the ad a Relevance score 34% above the Corporate Branding norm.

When leaving an optional comment for the ad, consumers’ responses were overwhelmingly positive. Consumers reinforced the findings made apparent in the data, using words like “message” (10%), “remember” (7%), “beautiful” (5%) and “love” (4%) to describe their thoughts and feelings on the ad. 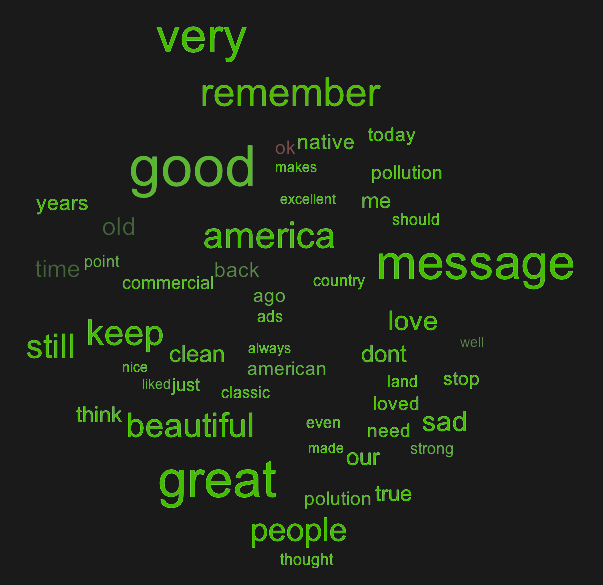 Since it’s been over 40 years since the ad first aired, 37% of survey respondents had never seen the ad before. Despite this, those who were seeing it for the first time still awarded the ad an Ace Score of 648, well-above the Corporate Branding norm of 564. 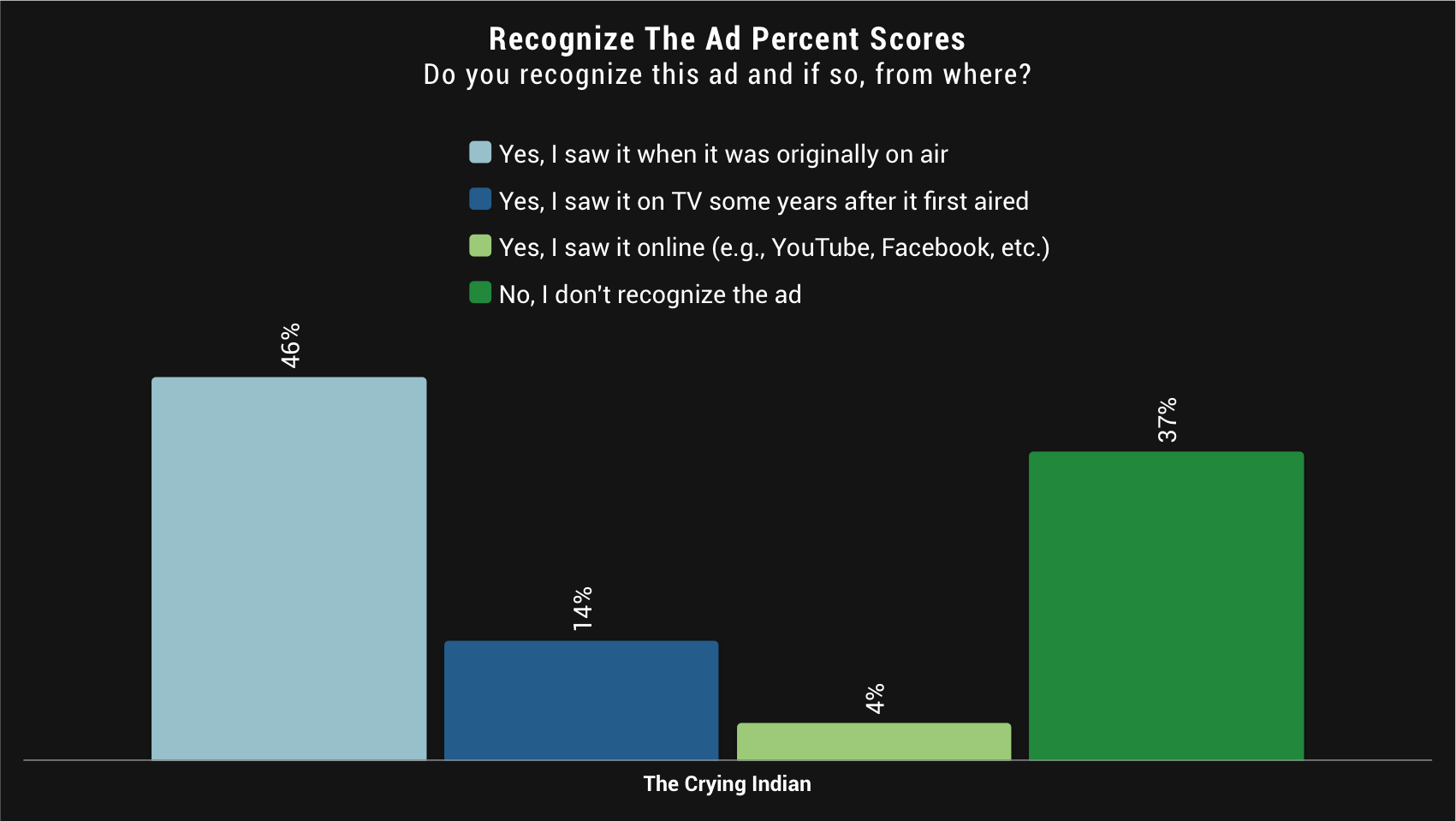 AdAge Magazine even named this PSA one of the top 100 advertising campaigns of the 20th Century. The commercial was so influential to the American public that Keep America Beautiful stated they received over two thousand letters inquiring how to join their local team. Litter was reported to have reduced by 88% in 38 different states. This could possibly be one of the most effective public service ad campaigns in the history of advertising.