Jeep Parks in the Victory Lane

Jeep wins this week’s Category Overachiever title with their new spot, “Take Off.” The ad received an Ace Score of 624, a score just over 14 percent higher than the 12-month Non-Luxury Auto category norm.

“Take Off” was powered by Likeablitiy, Relevance, and Information. People particularly appreciated the new information shared in the ad. 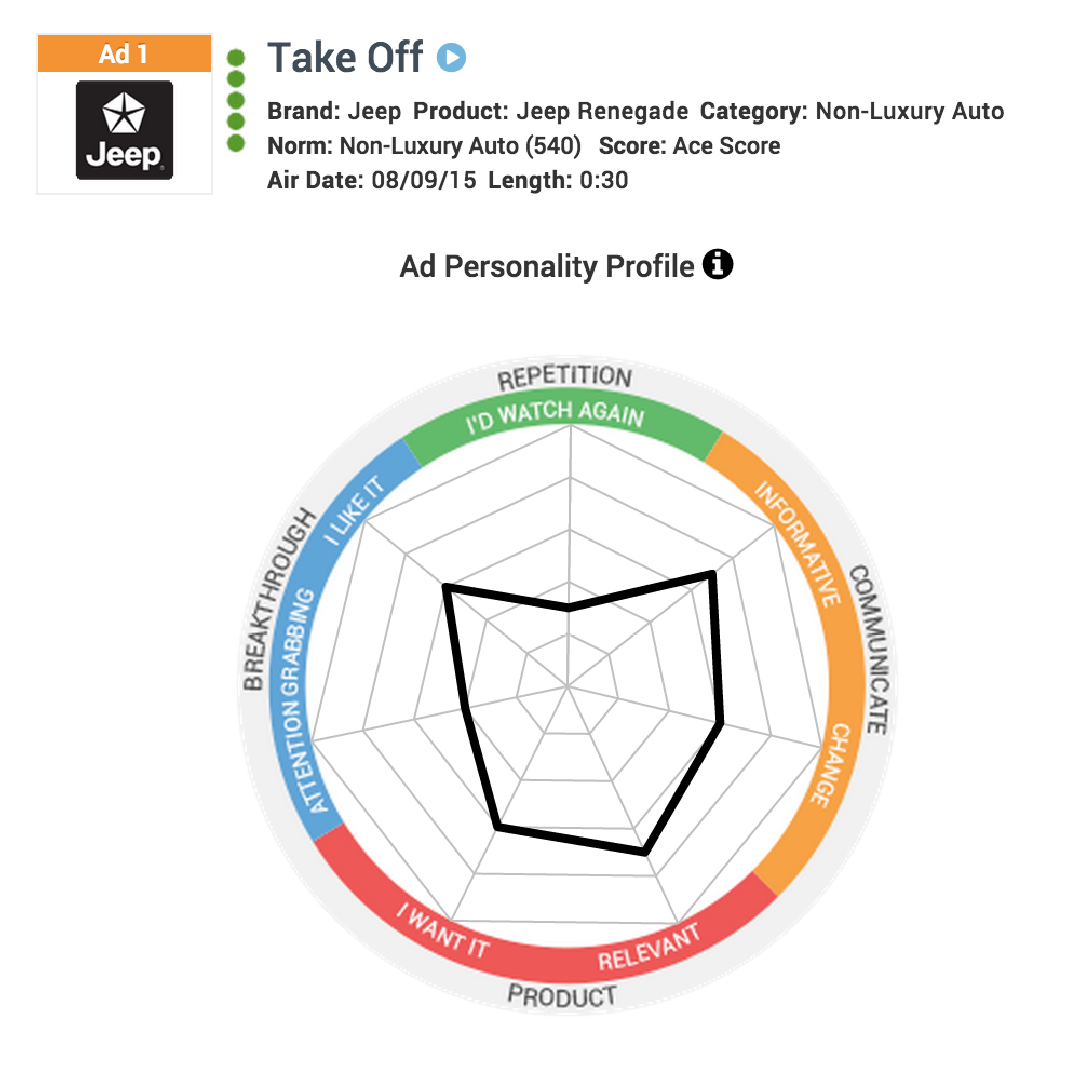 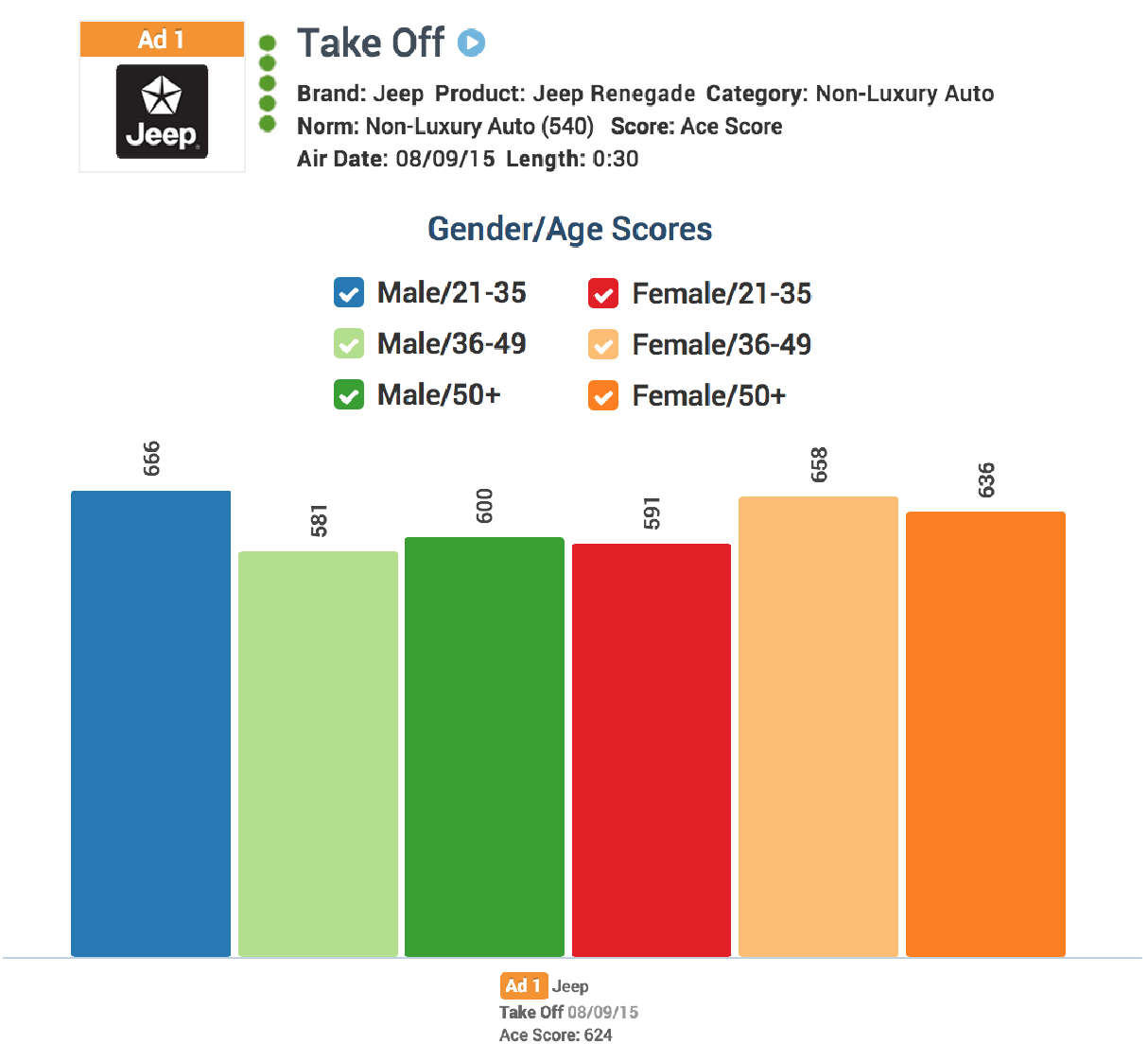 People also enjoyed the music featured in the ad, “Renegades” by X Ambassadors, with 11 percent of respondents mentioning the word “music.” Viewers appreciated the “new” (6 percent) and “informative” (4 percent) aspects of the commercial, and an additional 8 percent liked the “features” of the car that were described. 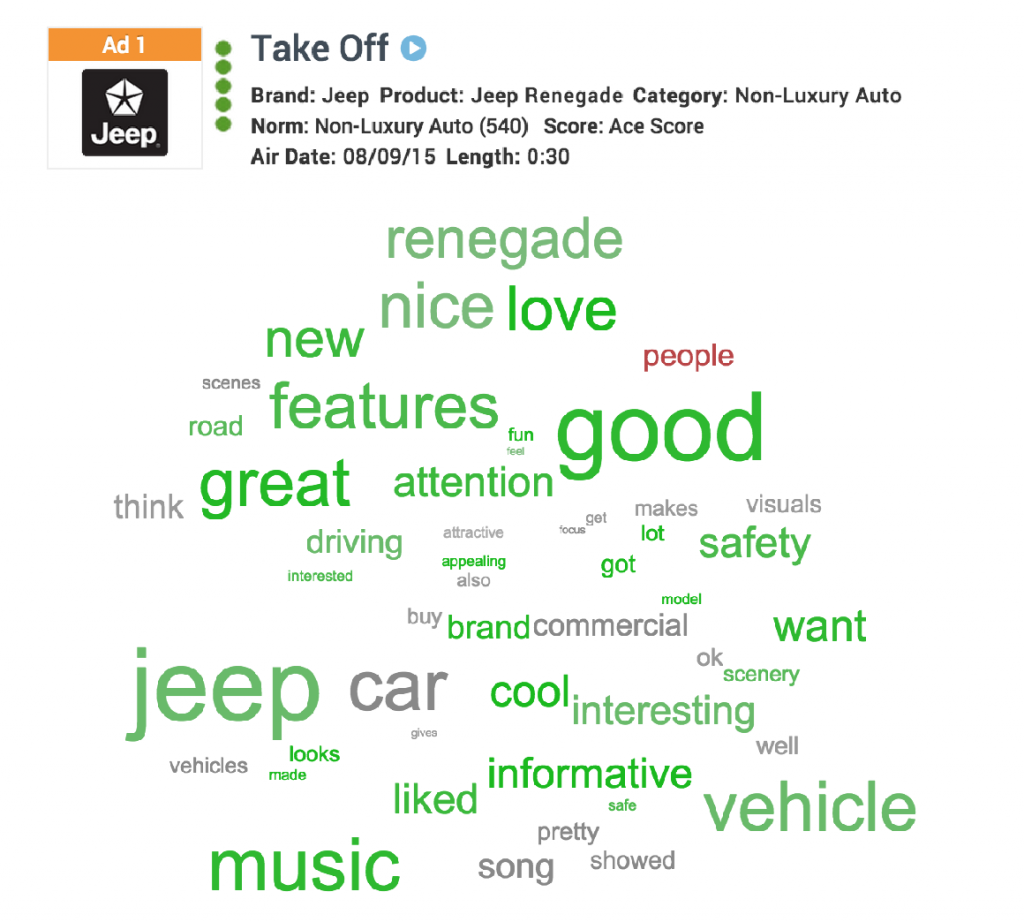 Olive Garden snags another Highest Ace Score Title, this time with their ad, “Buy One Take One :30.”

The ad was powered by Desire and Relevance, as is typical with food featured ads. Olive Garden certainly made their food look delicious once again! 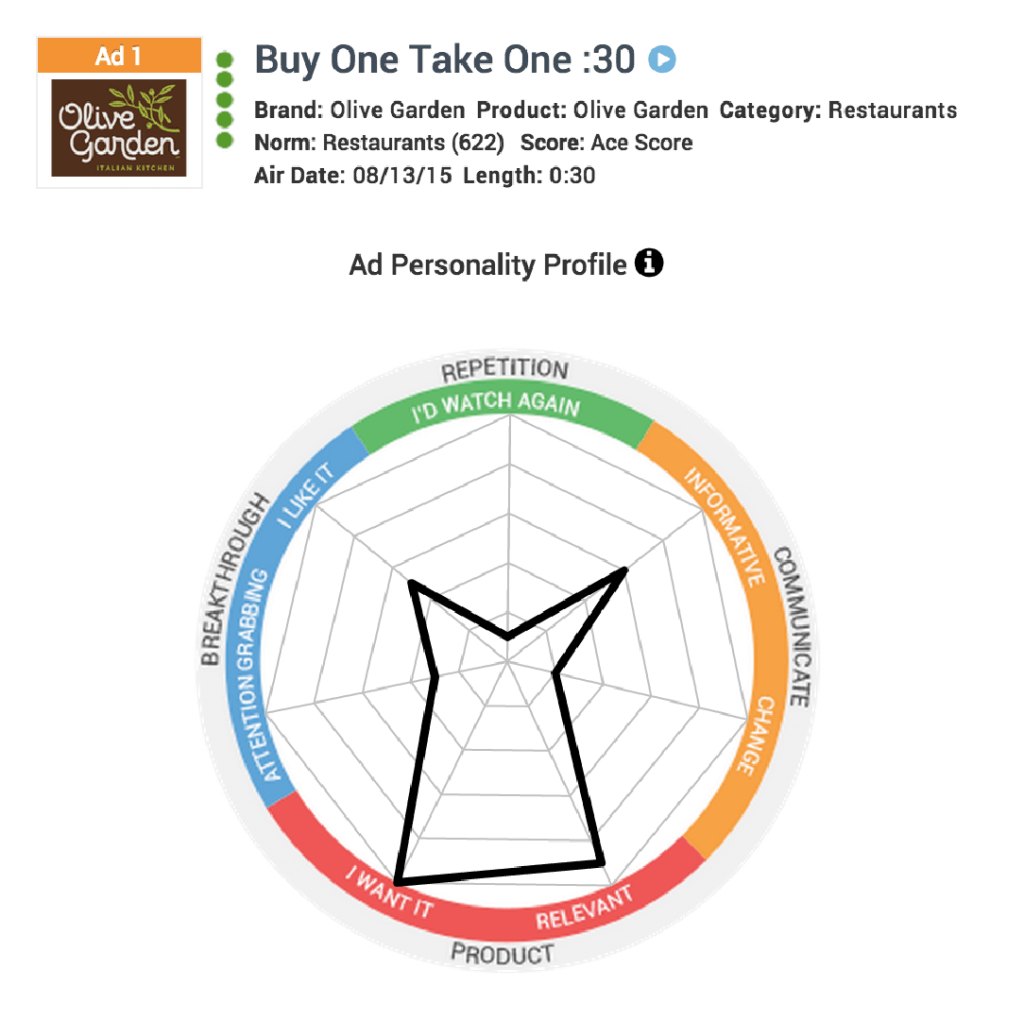 Optional verbatim comments left by viewers reflected the high scores in Desire and Relevance, with 21 percent mentioning the “food,” 9 percent saying they were “hungry,” 7 percent said they “want” the food featured, and 6 percent said the food looked “delicious.” 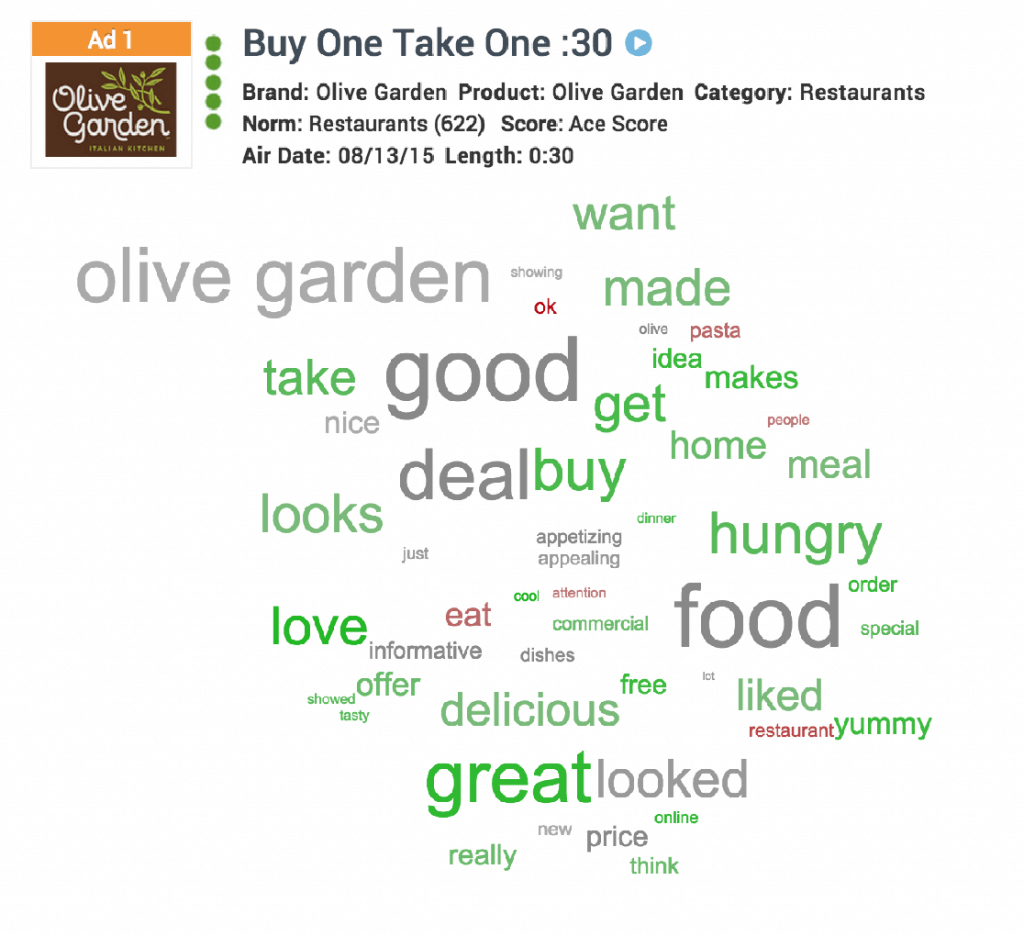 Chase Rolls A Victory and Another Two Tie for Top Dog