We’re having a little bit of a flashback to last week’s Ad of the Week winner, Mr. Potato Head. This week’s Category Overachieving ad also features a classic, well-loved toy—Monopoly. However, in a twist, this Monopoly board is one you can personalize to be your own. With a fun song and video from YouTube stars The Holderness Family, this new ad significantly outperformed the average toy ad. Meanwhile, Marie Callender’s also focuses on one of its classics—frozen chicken dinners. Consumers awarded its new ad the highest Ace Score of any ad to debut last week.

“Monopoly Is All About You” entered our database with an Ace Score of 589, which is 28% above the 12-month Toy category norm. The goofy ad follows a family as they sing their way through family game night with the brand new My Monopoly board game.

All gender and age groups scored this ad well above the Toy category norm. While many toy ads are specifically targeted at younger people, this ad was able to appeal across generations. Men and women ages 35-49 scored this ad the highest, 31% and 35% above the 90-day norm, respectively. 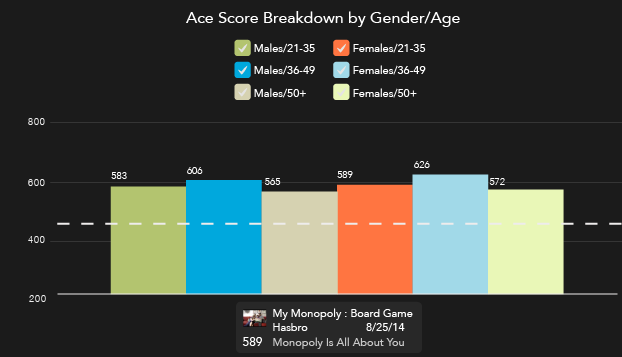 Each of the ad’s six component scores is well above their respective norms, especially winning on Relevance, Information, Desire and Change. While the ad is performed completely in song, consumers still gleaned a significant amount of information about the new board game. The ad’s Information score is 25% above norm.

While the song is certainly a prominent feature of the ad, it wasn’t what consumers loved best. Thirty-one percent of consumers loved the board game while 14% are die-hard Monopoly fans. 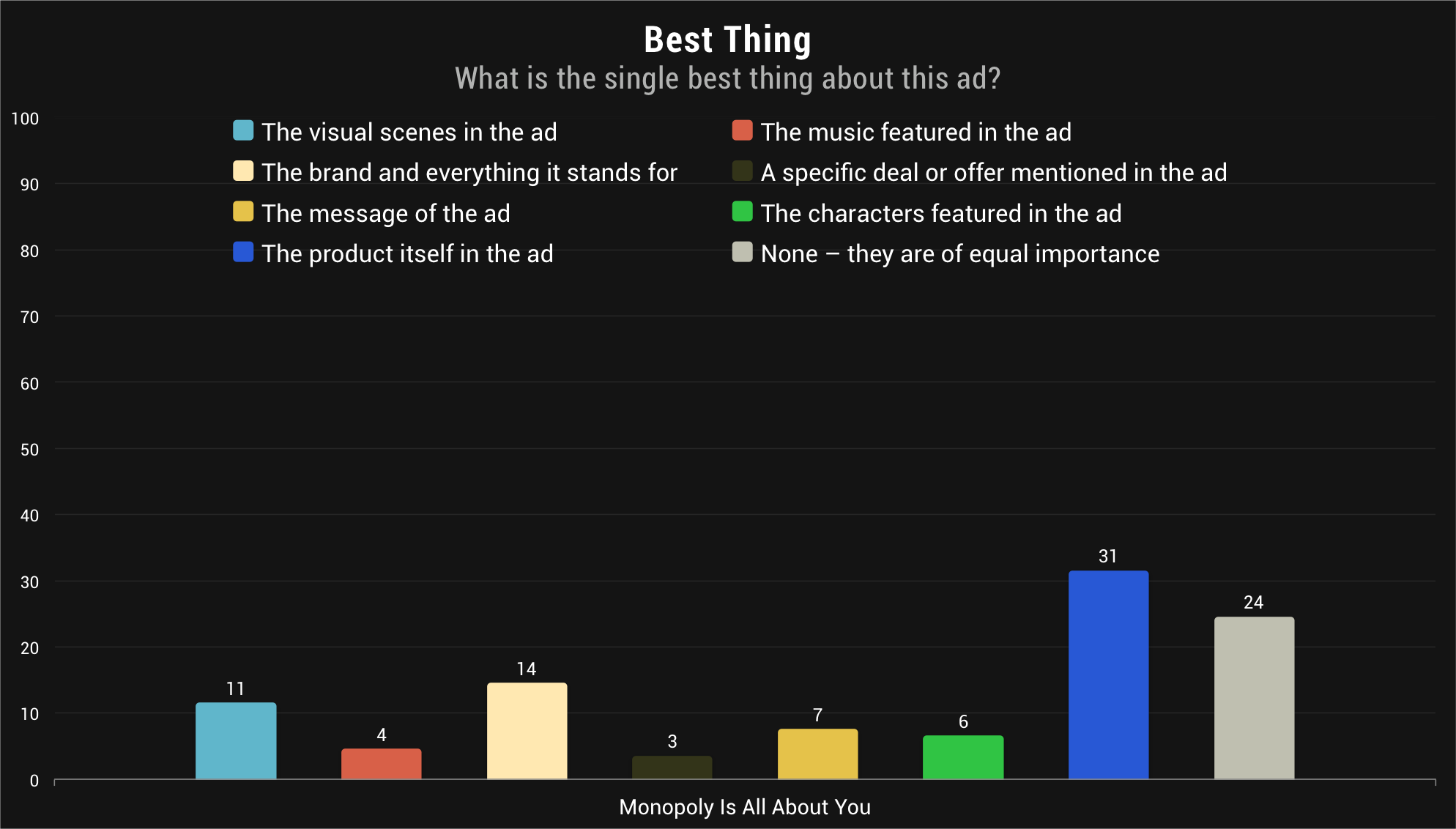 This Hasbro ad has all the winning elements to appeal to a wide range of people, especially those with young children at home. Consumers who live with kids awarded the ad a score 20% above the score of those who do not live with children.

Last year, Marie Callender’s won Brand of the Year for its heartwarming, visually detailed ads, much like this week’s winning spot. Consumers awarded “Homemade Signature Touches” an Ace Score of 643. Freshly breaded chicken, creamy mash potatoes and fresh corn seem to melt off the screen in this visual feast of an ad.

The ad scored at least 12% above the 90-day Meals category norm with every age and gender demographic. Males ages 35-49 were especially ready for a warm, Marie Callender’s meal, scoring the ad 24% above the norm. 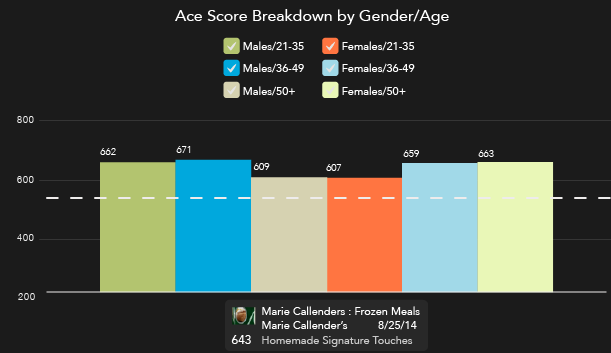 The ad’s scores in Relevance and Desire are especially mouthwatering. Relevance scored 22% above the Meals 90-day norm while Desire scored 23% above. Both high scores can likely be attributed to the visual appeal of the ad and the notoriety of the Marie Callender’s brand. Indeed, 17% of consumers said that the visuals were the best thing about the ad while 16% said the brand was the best thing.

We can see the reason for the high Desire score reinforced in the ad’s word cloud made up of 361 optional responses. Ten percent of consumers said the ad made them “hungry” while 9% used the word “looks” to describe how the visuals of the ad appealed to them.

Food ads are no stranger to the Ad of the Week list, but this is a first appearance for Marie Callender’s. Marie Callender’s was able to combine delicious visuals of a classic, favorite dish for a successful, high-scoring ad.