Petco and Olive Garden Bring Nourishment to Pets and People

Nipping at the tail of PetSmart’s Ad of the Week win for week 23, Petco debuts the Category Overachieving spot here in week 25. Petco’s new, co-branded ad with Merrick puts man’s best friend at the front of the pack. Likewise, Olive Garden debuts a delicious ad that flaunts its fresh flavors of the summer season.

Petco first aired “Only The Best” last week, and two days later it entered our database with an Ace Score of 652, which is 26% higher than the Retail – Other Stores 12-month norm. The ad effectively reminds its viewers just how fluffy and wonderful our furry friends are.

It’s no surprise that dog owners were especially fond of the pooch-filled ad, awarding it an Ace Score of 718. Other animal lovers also saw “Only The Best” as a real treat, with cat owners giving the ad an Ace Score of 692 and consumers with other pets giving it a 632. 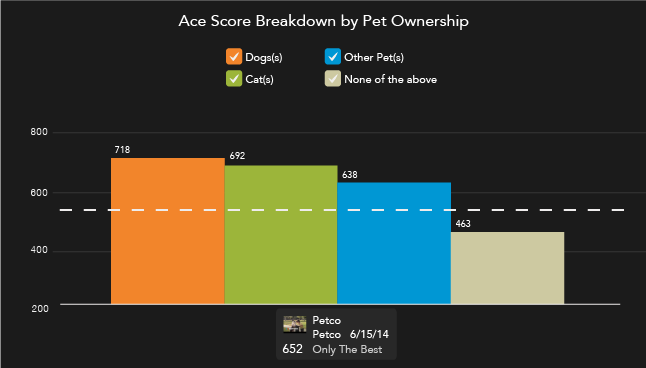 With the majority of consumers sharing space with at least one pet, the ad scored 20% above the 90-day norm in terms of Relevance. In fact, across the board the ad exceeded norms, even breaking 700 for the components of Likeability and Attention.

While 11% of the 320 optional consumer responses mentioned “Petco” by name, another 5% mentioned the featured dog food brand, “Merrick.” With such adorable, friendly faces, the pet actors were hard to ignore with many respondents mentioning how much they “love”  (8%) the furry beasts or how “cute” (10%) they are. 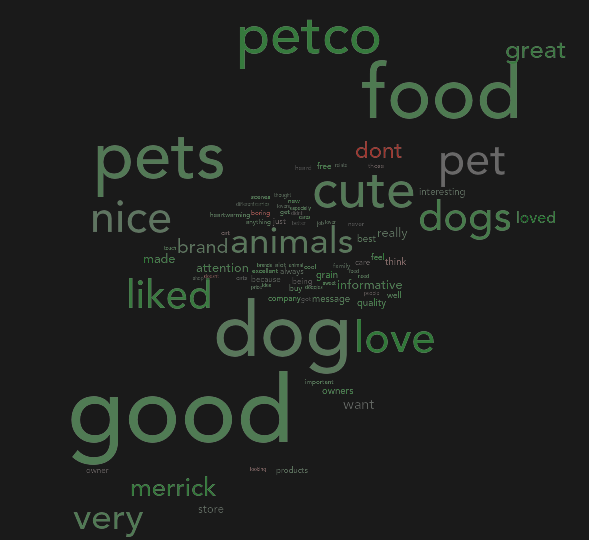 Overall, consumers appreciated the ad’s mixture of touching visuals combined with new information about a product. Petco has been lapping up high Ace Scores all year, with each of its new ads scoring above 600. Petco ranked 10 places above PetSmart in last year’s BLACKBOOK—we’ll see if they can keep the lead in 2014.

Olive Garden’s newest ad, “Flavors Of The Season,” gave us a hankering for some fresh, summer cuisine. Its 0:15 spot came in with an Ace Score of 654. Featuring its latest summer creations, pappardelle pescatore and chicken primavera, Olive Garden’s ad left many consumers hungry for more.

Consumers ages 36-49 awarded the ad with the highest marks, 3% above the ad’s overall Ace Score. Likewise, with Males/50+ scoring the ad below norm, females rated the spot nearly 10% higher than what men awarded it. 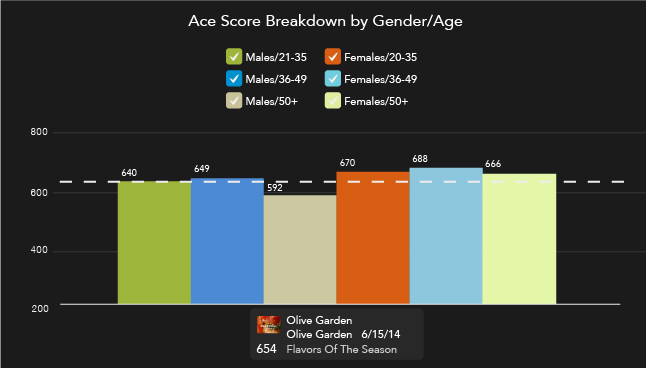 Of the 500 consumers who scored the ad, 347 felt compelled to leave an optional response. Of those, 9% mentioned that the ad made them “hungry.” Another ecstatic crowd of respondents (11%) used the word “great” to describe the ad and the food. 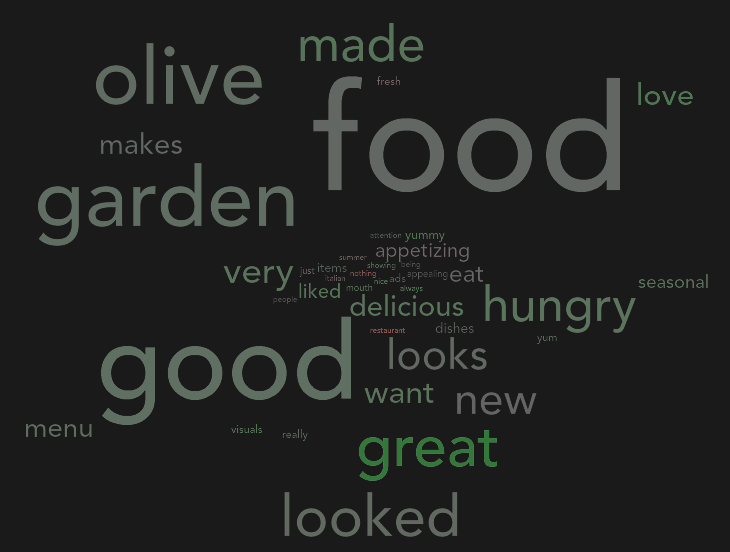 This ad proves, once again, that Olive Garden is able to consistently impress customers with its revolving menu and fresh visuals. We’ll continue to watch other Restaurant brands to see if any of them can bring a little more heat to the kitchen.

Atlantis Resort Kicks Off Summer With a Steal

World Cup Advertising And The Field of Play