While the majority of Super Bowl advertisers go for belly laughs or entertaining, storytelling ads, there was a crop of advertisers this year that let their products take the lead. These ads all had more than 20% of respondents cite Product as the single best thing about the ad. In a crowd of high-entertainment ads, it’s a challenge to truly make the product the star.

But a few ads were able to do just that, while all scoring well on other dimensions﹣Likeabilty, Attention, Information and Desire. Jeep and Wendy’s were able to crack the Top 20 with their product strategies in terms of overall Breakthrough despite focusing on their product.

A few ads saw success from combining the product with another engaging creative element, and others solely from focusing on the product itself. It’s not that other ads don’t communicate product features and functional benefits. It’s just not the “single best thing” about the ad. Take M&M’s for example. While everyone loves M&Ms the product, viewers rated the Single best Thing about that ad was the “characters.”

Jeep’s “Anti-Manifesto” and Wendy’s “Iceberg” both went bold to show off their product attributes. Jeep’s “Anti-Manifesto” nonchalantly showed the Wrangler’s ability to truly off road, while the voiceover defiantly pointed out that you don’t need fancy storytelling when your product is this awesome. While the ad itself seemed like a high production, Jeep enthusiast video, the visuals made an impact, with 37% of respondents citing it as the best thing about the ad. The ad did a tremendous job of showing, not telling, about the product, with Information scores in the top ten for the game. Yet, the ad also scored highest for viewers naming the Product the best thing.

Wendy’s used its best product attribute, fresh, never frozen beef, to call out McDonald’s and they certainly didn’t mince words. Directly pitting their product against a competitor’s is against type for Super Bowl ads, but it worked. Consumers responded overwhelmingly in the positive, giving the ad strong marks across the board, but particularly for Desire and Relevance. The Dave’s Double also certainly made mouths water, with 67% of respondents indicating positive Purchase Intent, the second highest for this year’s Super Bowl ads. 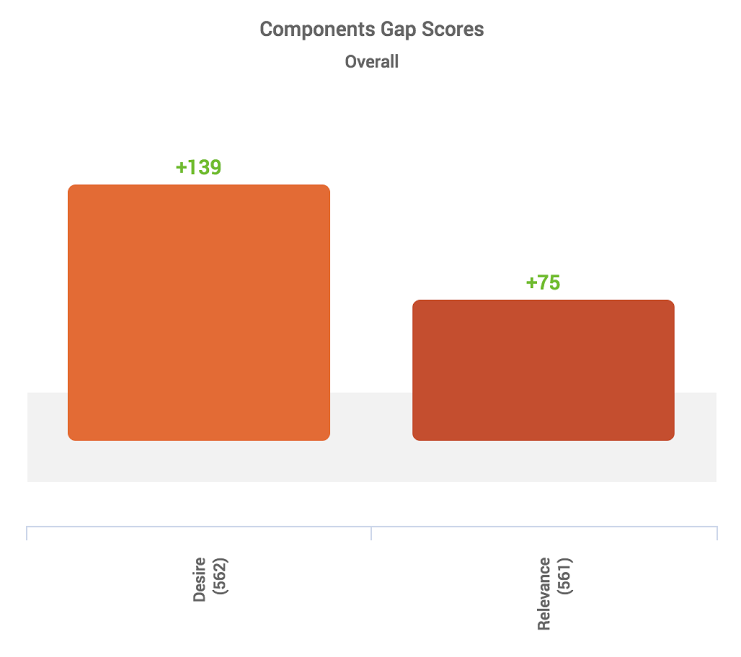 Most of the ads achieved Desire scores (I want that!) significantly above Super Bowl advertising norms. This translated to strong positive purchase intent, especially for Wendy’s (67%) and Pringles (60%). Pringles did a solid job of weaving its product into the creative, and offered a new, exciting way for consumers to enjoy eating the product. The ad resonated the best with Millennials (ages 21-35), who scored the ad significantly above advertising norms for every component except Information (but who cares, we already know what a chip is).

Diet Coke was the only product-focused spot with a score well below norm on all components.  As a new line extension designed to appeal to millenials, the product wasn’t strong enough on it’s own to carry the ad.  Below, viewer verbatim comments and the emo word cloud (derived from those comments) reflect interest in the product, but it wasn’t enough to overshadow the confusing and dull content.

“I think the ad misses its market. The dancing is unhip, and is a distraction from the product itself. I had experienced the product prior to viewing this ad; it’s a good product, just a poor ad” Male, 16 – 20

“Ad is cool but the lady in it needs to show a little bit more excitement. After all, it is a hot new product.” Female, 21-35

“It is a little static and boring. They are trying to promote a new product which is exciting for them and their presentation is very boring.” Female, 36-49

“Girl is very unusual. I thought her style and general appearance was interesting. I didn’t really know what the product had to do with it, in fact I barely noticed what the product was.” Male, 21 – 35 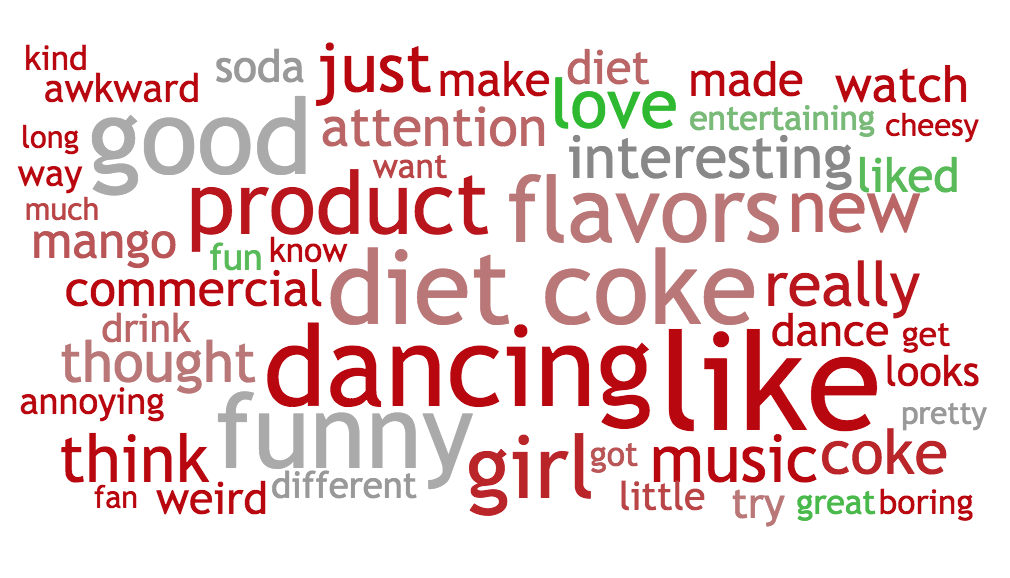 With the support of humor, Febreze presented its product to viewers in a relevant manner that resulted in a strong Desire score.

Capitalizing on the excitement around the game, Persil Proclean also used relevant content to make its product more engaging for viewers. The high Relevance and Desire scores among Lapsed users, resulted in 71% reporting they were “More/Much More” likely to purchase.

It wasn’t a matter of whether, but which, Tide ad would appear on our lists. With an overall game execution that was likely the envy of many in the advertising world, Tide managed to be product- forward and entertaining. “It’s Yet Another Tide Ad, Again” spoofs medical commercials, but seamlessly integrates the product message by dressing all the characters in spotless tennis whites. While some respondents were a bit confused by the spot, the branding certainly came through, with 94% recognizing Tide as the advertiser.

Product forward ads are often considered less “creative” than other story-telling or humor ads.  But in the end most of these ads were successful in creating demand for their product.  There are many paths to greatness, and sometimes letting the product shine is the shortest road to success.

Continue to check back with us throughout the week as we reveal additional rankings from the big game.