Spy vs Spy: You Lose 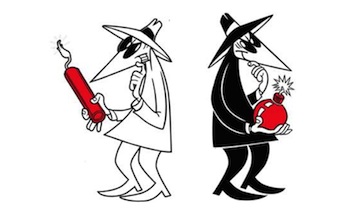 I read a piece on Business Insider today that captured the 21 Rules for Spies as tweeted by  John Schindler, a National Security Agency veteran and now a professor at the Naval War College.  The tweets are well worth the jump but it begs a question we ask around here all the time: Why aren’t more companies actively evaluating their competitor’s strategies?

We have long seen competitive intelligence as one of the values of our Ace Metrix LIVE platform.  Our most enlightened customers agree to the point where they don’t even want to talk to us about it anymore – keeping what they do with their competitor’s data a closely guarded secret.

Frankly they should.  Not because we aren’t trusted business partners, but because they have a significant competitive advantage.

While we don’t like to pick on anyone, I wanted to use an example – and Papa John’s comes immediately to mind.  Without knowing the intricacies of their competitive assessment function, they are likely at a significant competitive disadvantage when it comes to television advertising.  Why? Because their competitors (most of them are our clients) know exactly how each new menu item and $10 deal is playing with the public – as soon as the offer launches.   In the world of pizza, they are the ones not wearing night vision goggles.  Papa John’s competitors all know how the new Buffalo Chicken Pizza ad did (below norm) and more importantly why: 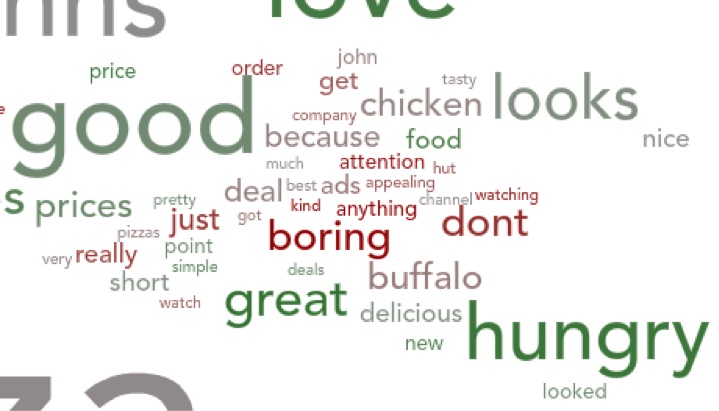 What does Papa John’s know?  Well they likely know the names and titles of their competitor’s ads and when they launched.  To know more requires testing other people’s creative – and companies rarely make that investment: 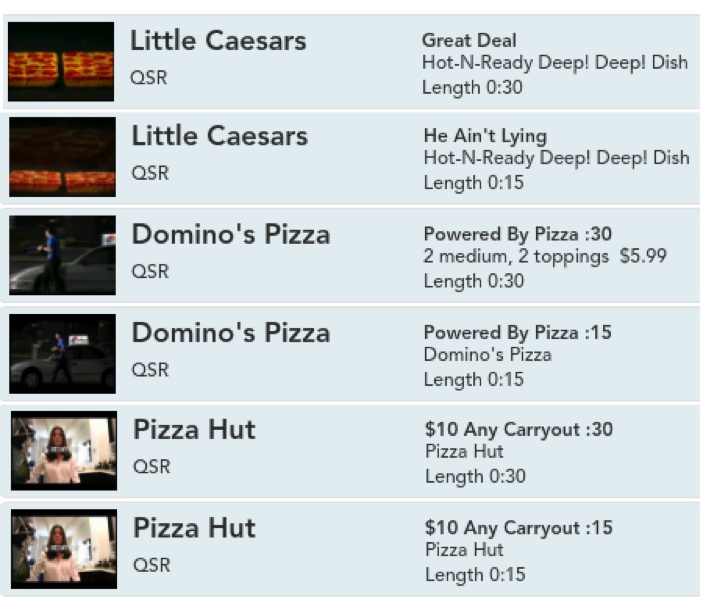 There are dozens of the other examples from wireless carriers, to mobile devices and even categories like cleaners and cold and flu products.

Why do people sneezing keep showing up in your competitors ads?  What do they know that you don’t?

Well, they know MORE than you, as it turns out.  You don’t know much if you are only looking at your own ads – you need the ability to look across hundreds of ads over multiple years to make that determination.

Sticking with Cold and Flu for a moment – we can tell you that Alka-Seltzer is an effective attacker – and that consumers often reference who the attack is targeting, a plus in the attack game.  That’s valuable information in a world where market share is measured to two decimal places.

So stop and think about how well you really know your competitor – and just as importantly how well they really know you.  Then ping us at marketing@acemetrix.com to talk further.