This Classic Subaru Ad Drives Consumers Back to the ‘80s

The Automotive industry has been the third most active advertising group this year, airing 9% of the ads Ace Metrix has tested. While most automakers have been aggressively showcasing their latest models, gearing up for spring shoppers with tax refund checks to spend, Subaru has been rather quiet. Instead of airing new, national creative, Subaru has opted to repurpose some of its great pieces from the last year.

In the same spirit, we decided to bring back a classic Subaru ad we’d like to seen thrown into the mix. We had 500+ of today’s consumers watch and rate Subaru’s classic ad for the XT Coupe. The ad combines a flashy car, father-son bonding, good-hearted humor and that undeniably nostalgic ‘80s look-and-feel.

Consumers awarded the ad, “Future of Cars,” an Ace Score of 592, which is 8% higher than the average Non-Luxury Auto ad for the last 90 days. The ad especially succeeded in getting attention and being likeable. Both the ad’s Attention and Likeability components scored 9% above the current averages.

While men usually score Non-Luxury Auto ads 2% lower than what women score the same ads, men actually scored this classic Subaru ad higher. Men gave the ad an Ace Score of 606, which is over 5% above what women gave the ad. 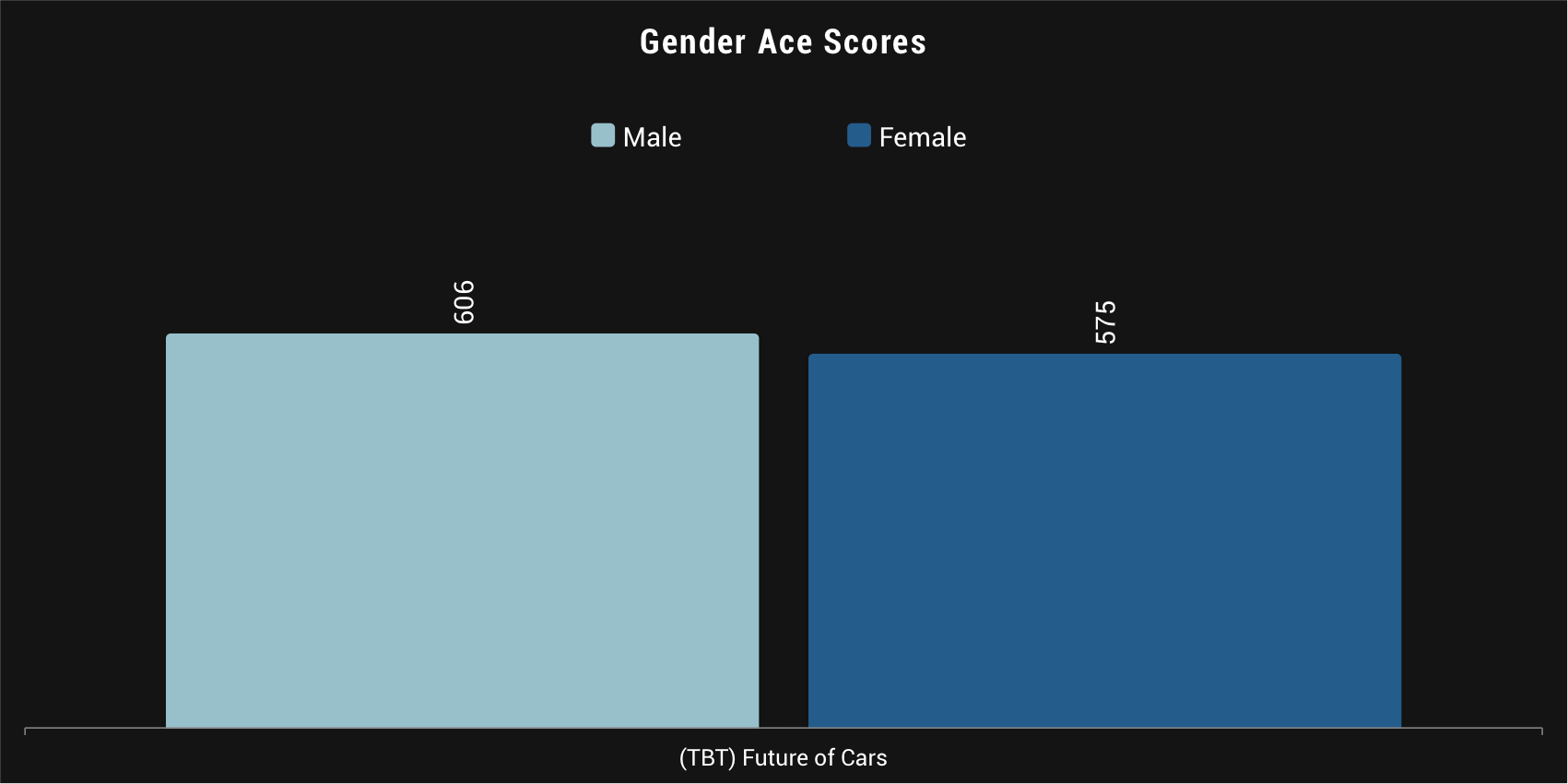 Looking at the ad’s 355 optional comments for “Future of Cars,” we can see what about the ad men and women loved so much. Overall, it seems men found the ad and car “cool,” relishing the good ol’ days, while women liked that the ad was “vintage” and “loved” the message of the spot. 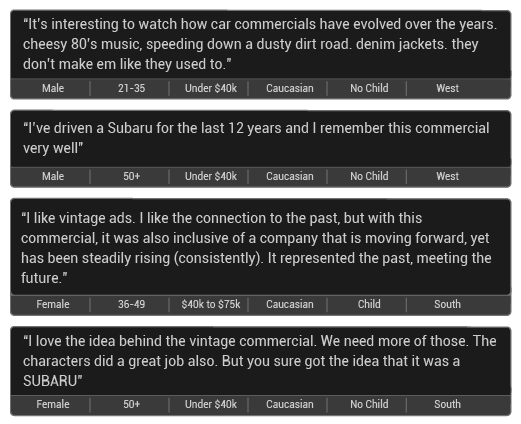 While we’re guessing it’ll be a long shot that Subaru will start incorporating this ad into its media buys, we don’t doubt that consumers would enjoy watching it.