YouTube and Philips Win With First Ads of the Year

For the first time in 2014, YouTube recently debuted its own national TV ads, with each ad focused on a different YouTube channel. With four ads total now, consumers have awarded each of its ads with an Ace Score at least 5% above the Websites category average. Its ad “Curious World” earned the top spot as this week’s Category Overachiever. Philips aired its first ad as well, with consumers awarding the ad an Ace Score above 700.

Consumers awarded “Curious World” an Ace Score of 610, which is about 24% above the 12-month Websites category norm. The ad poses interesting questions about the world while promoting the YouTube channel SciShow. Not surprisingly, the second place Category Overachiever for this week is similarly a YouTube ad for the SciShow channel, “Curious Is Contagious.”

While every age and gender demographic scored the ad above the 90-day Websites category norm, men ages 21-35 especially loved this science-y spot. This group awarded the ad an Ace Score of 640, which is 5% higher than the ad’s overall Ace Score. 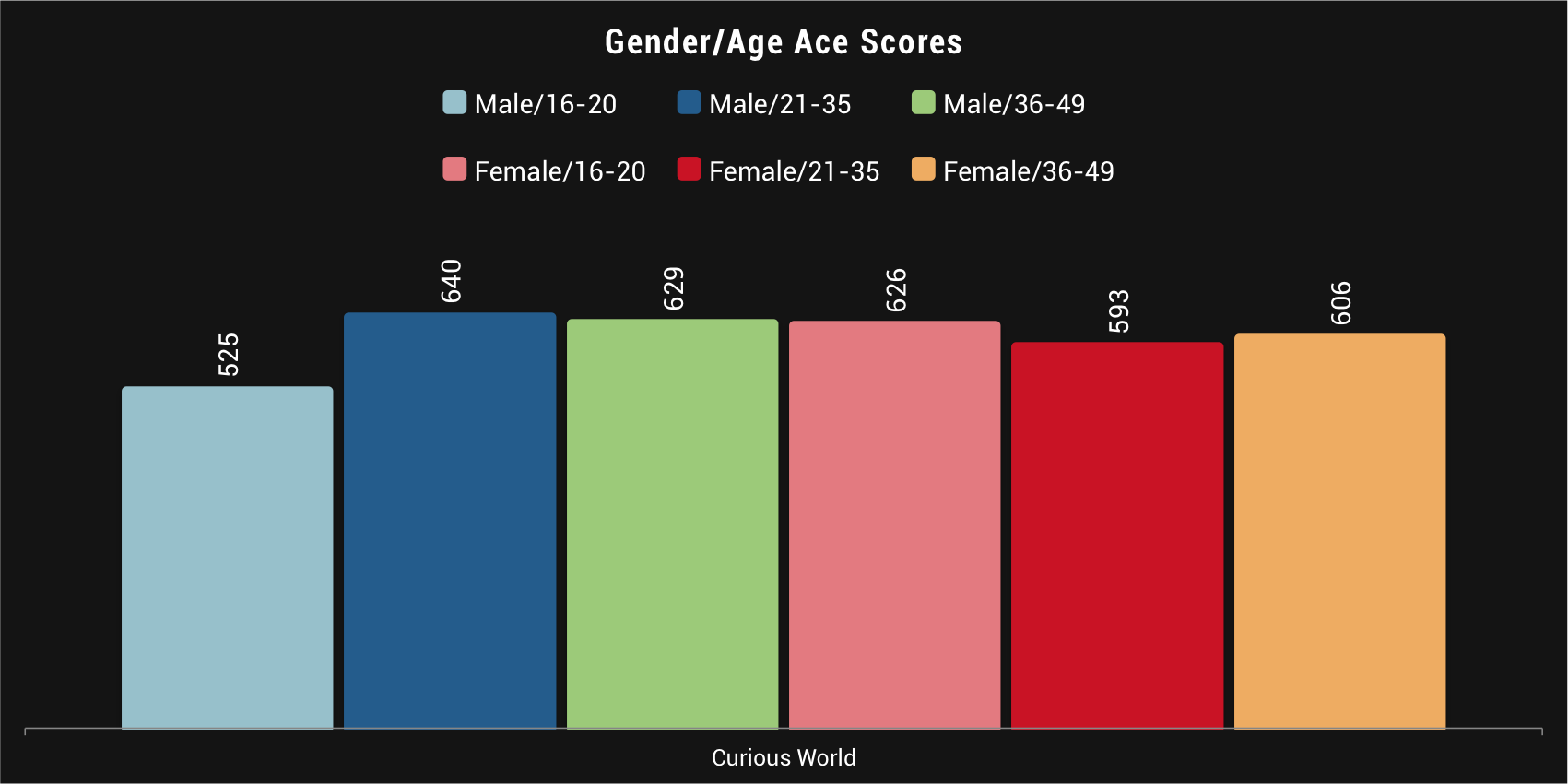 “Curious World” won with high marks across each of the six components, but it scored especially high in terms of Relevance and Desire. Many consumers connected with the ad’s topic giving an overall Relevance score 21% above the 90-day norm. Likewise, consumers were ready to visit the channel with a Desire score also reaching 21% above norm.

The verbatim reaffirm the high Relevance and Desire scores with many consumers saying they are now interested in checking out the science channel. In fact, of the 334 optional responses consumers left for YouTube, 10% said that the ad was “interesting” while another 5% said they want to “watch” the channel. 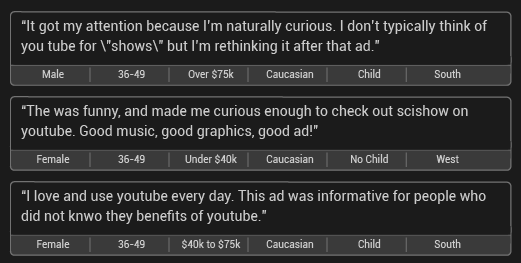 While YouTube teamed up with Vizio last year to make a couple spots promoting the ease of uploading your own movie to the video website, this year’s series of ads instead focus on the unique channels available to consumer viewers.

Ever heard of guilt-free French fries? Okay, that still might not actually exist, but with airfryers, we’re one step closer. Philips released its new, minute-long spot, “Revolution in Healthy Cooking,” last week and after 500 consumers scored the ad, it entered our database with an Ace Score of 723. In infomercial-like fashion the ad details the key features of the airfryer appliance.

Nearly every age/gender demographic scored the ad above 700. Women ages 50+ especially loved the low-fat fryer, awarding the ad a score of 753. 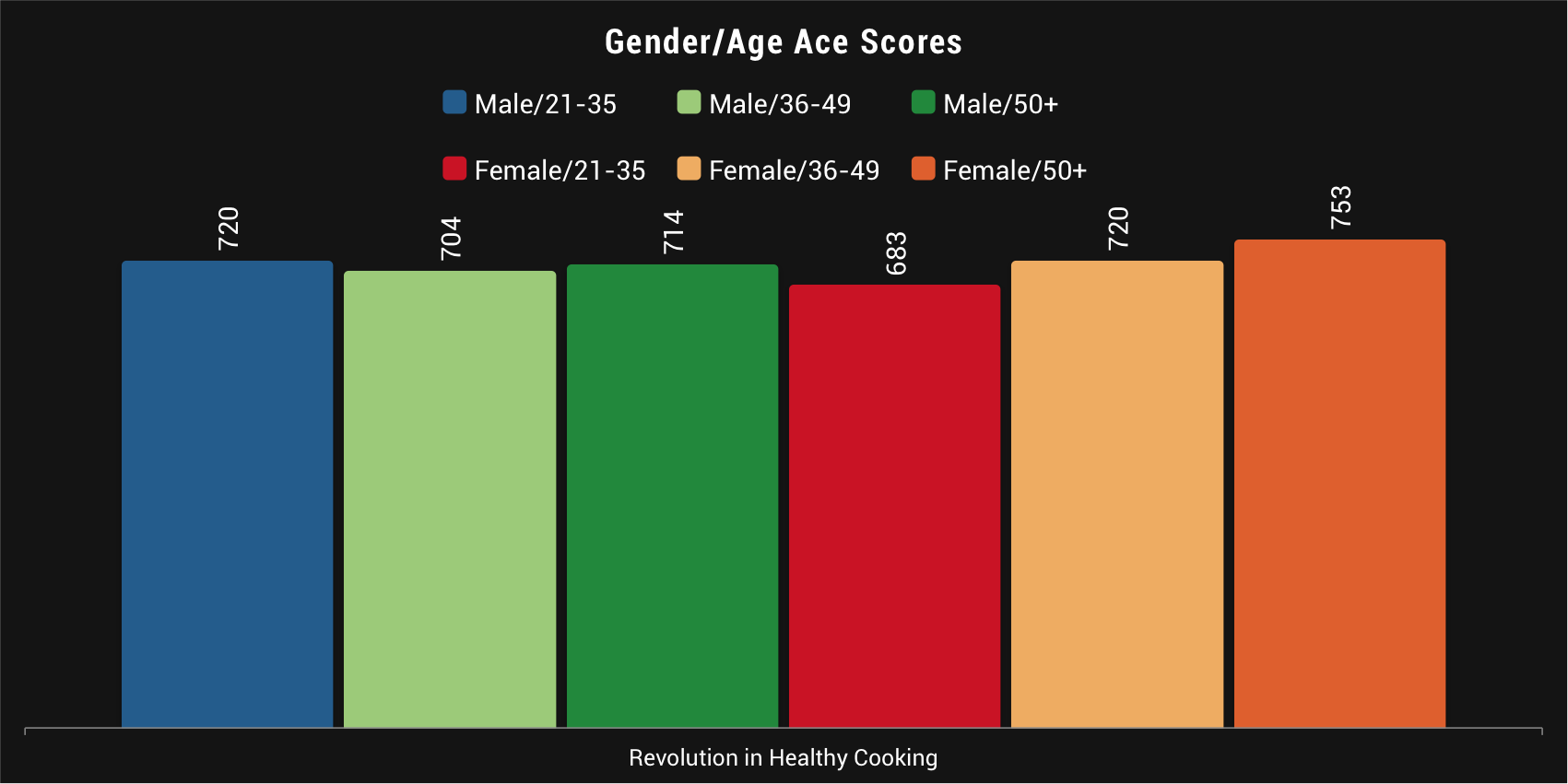 We can see from the graph below that the ad’s product really carried the ad to the winner’s circle. When asked what the best thing was about the ad, 56% of consumers indicated that the airfryer took the cake. 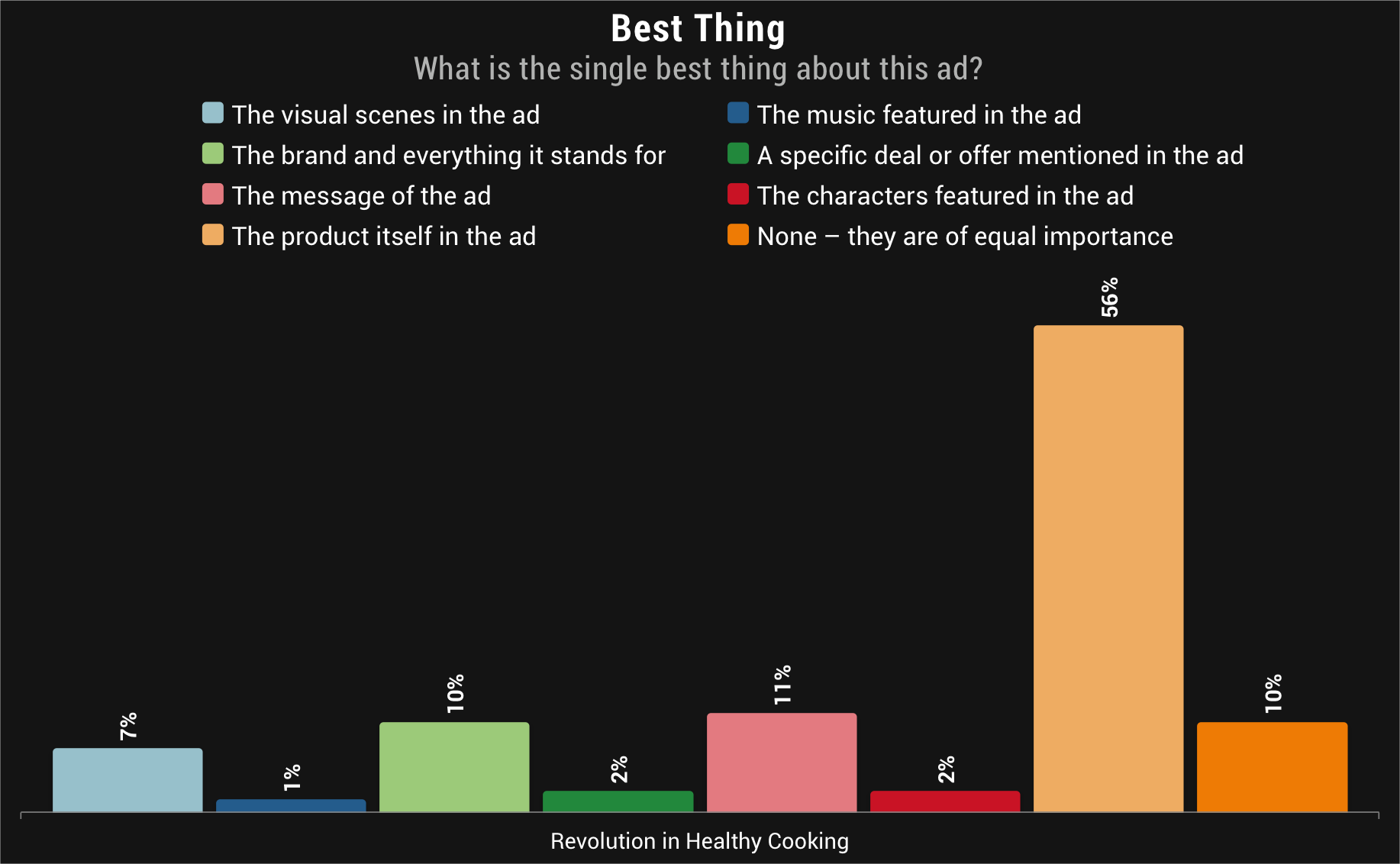 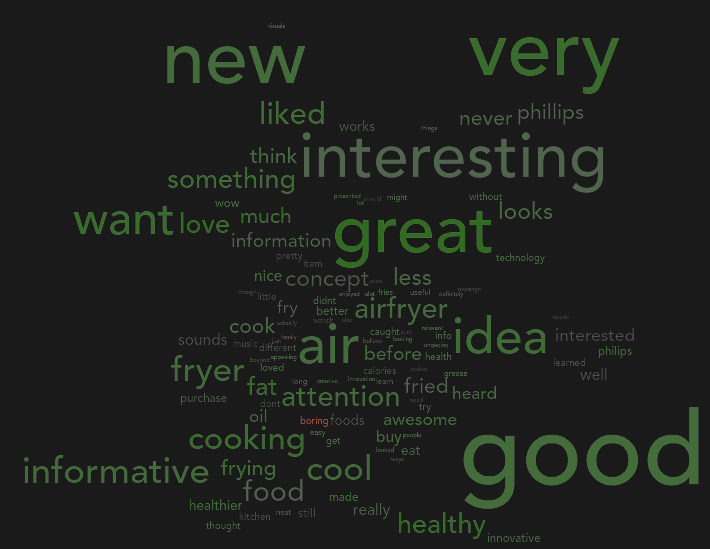 It’s worth noting that the Appliance category tends to perform well, often being the highest or second-highest scoring category in the database. However, with a much-desired product, such as the Philips airfryer, an Appliance ad can still break barriers for its category. “Revolution in Healthy Cooking” still scored 18% higher than the Appliances 12-month norm.