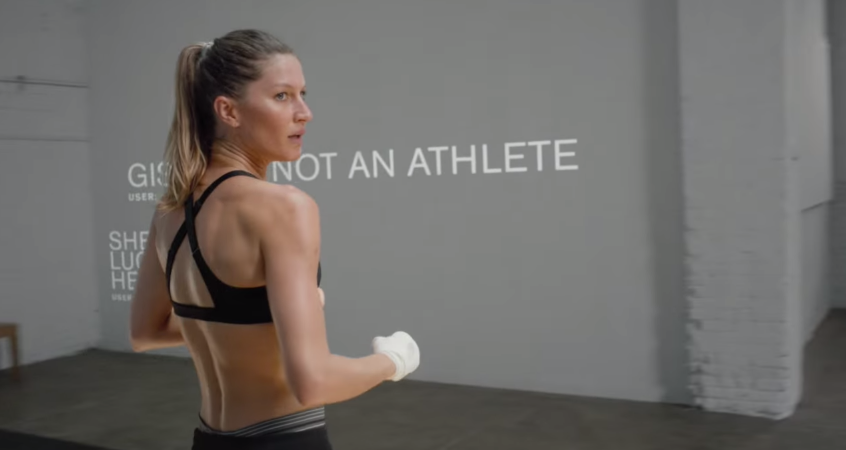 Each month the thinkwithGoogle site posts its YouTube Ads Leaderboard, which showcases the ads with the most views in each month. For the past year or so, we’ve taken a look at those lists to provide some insights as to how the ads perform against a representative general population audience. By definition the ads posted to these lists include paid views, organic views and audience retention (how much of a video people watched). Increasingly, the content is disproportionately short film items versus the branded ad content it used to be. Regardless, here’s a look at some of the most viewed video ads for September and how said ads would perform with a more diverse audience.

While we have the scores for several of the ads on the leaderboard, here are three of the most popular YouTube ads for September. Interested in how the other ads performed from an Ace Metrix perspective? Contact us, and we’d be happy to discuss the details with you.

Puppies + Budweiser = A Viral Success. Much like Budweiser’s Super Bowl ad “Puppy Love,” this fur-filled spot was an instant hit. The ad performed well, accumulating over 18 million views in the 12 days it was online in September, as well as from an Ace Score perspective, earning an Ace Score of 650. The ad scored especially high on the components of Likeability and Attention, which is not uncommon with viral videos. Both components achieved a score of 759, with Likeability scoring 27% above the 90-day norm and Attention scoring 21% above norm.

While the dog sure was cute, more consumers found the ad’s message the best thing about the Budweiser ad. Fifteen percent said the ad’s characters were the tops while 32% indicated that it was the ad’s message about drinking responsibly. 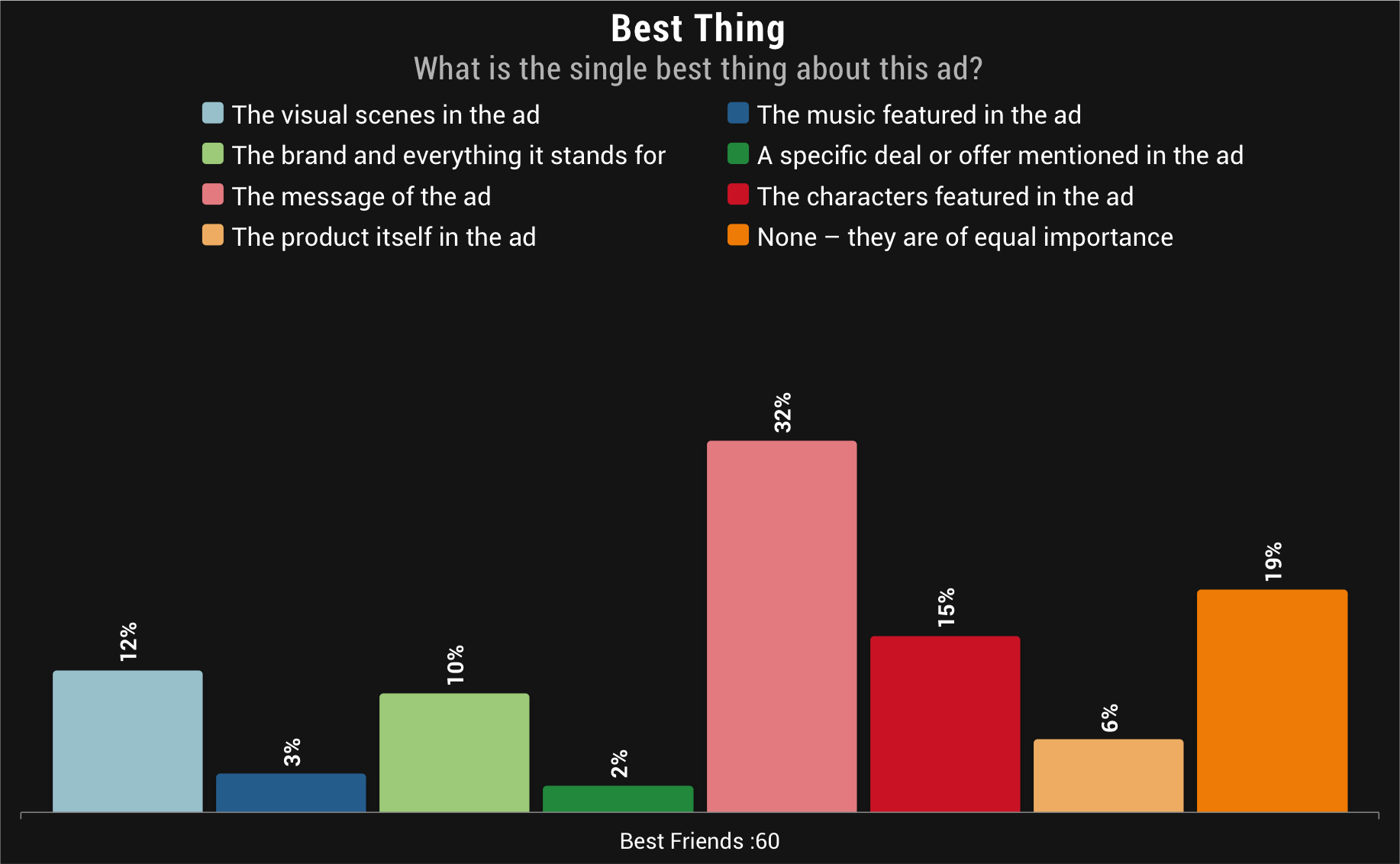 This ad was well-received among beer drinkers and non-drinkers alike, successfully getting its important message across to a wide range of demographics and consumers both online and on TV. The combination of its attention-grabbing narrative, higher order message and emotional connection has helped “Best Friends” to become a viral hit.

Derek Jeter was a mainstay for the New York Yankees for 20 seasons. Gatorade’s tribute to Jeter was well received online and likely skewed more towards Yankee and Jeter fans. “Made in New York” earned an Ace Score of 536, which is just slightly below the 90-day Sports Drinks norm. The ad excelled in terms of Likeability and Attention. Consumers scored the Likeability component 8% above the 90-day norm and Attention 7% above norm.

Perhaps not surprising, consumers form the Northeast rated the ad the highest, giving the ad a score of 537. Consumers in the West, being the furthest distance from the Yankees awarded the ad the lowest score of all geographical regions. 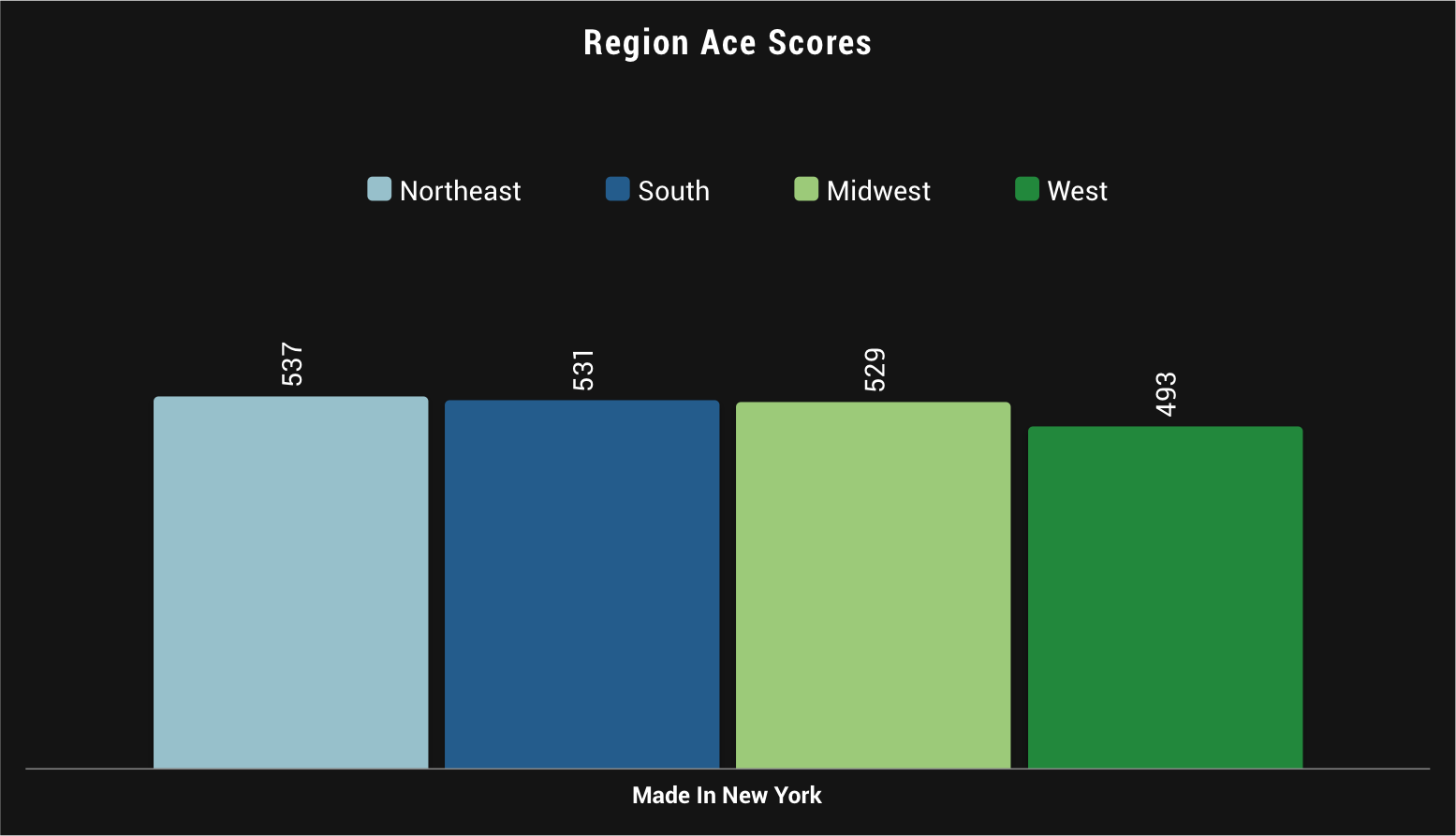 Those from the Northeast used the word “love” in 9% of the optional comments left for the ad as well as mentioning “Jeter” 11%. Only a handful of consumers from the West and Midwest mentioned “Jeter” in their optional comments.

UNDER ARMOUR: “I Will What I Want”
YouTube Ads Leaderboard #10 Ranked Ad for September 2014

Under Armour has had several viral videos featuring its new women’s line of athletic wear, with this one coming in at number 10 on September’s YouTube Ads Leaderboard. Staring the famous model Gisele, “I Will What I Want,” entered our database with an Ace Score of 543, which is slightly above the Apparel 90-day norm.

From looking at the data, consumers seemed to either love or dislike the ad. The ad’s word cloud, below, shows the dichotomy among consumers. Those that found the ad “great” (7%) were typically females who liked the ad for its message. Those who “didn’t” (6%) find the ad particularly exceptional were also mostly women who did not find the connection between the message, Gisele and the clothing strong enough for the ad to be relatable. Notably, while the ad is not targeting men, many men still found the ad “interesting.” 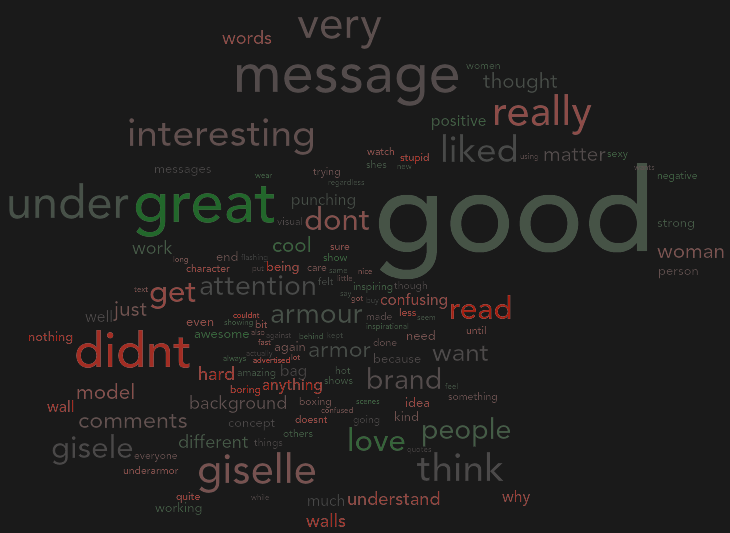 While the ad definitely found a place with a group of women, helping it achieve its viral status, we can see below how the general population was torn between Gisele, the ad’s visuals and the ad’s message when asked, “What is the single best thing about this ad?” Ultimately, more consumers chose the ad’s message as the best thing. 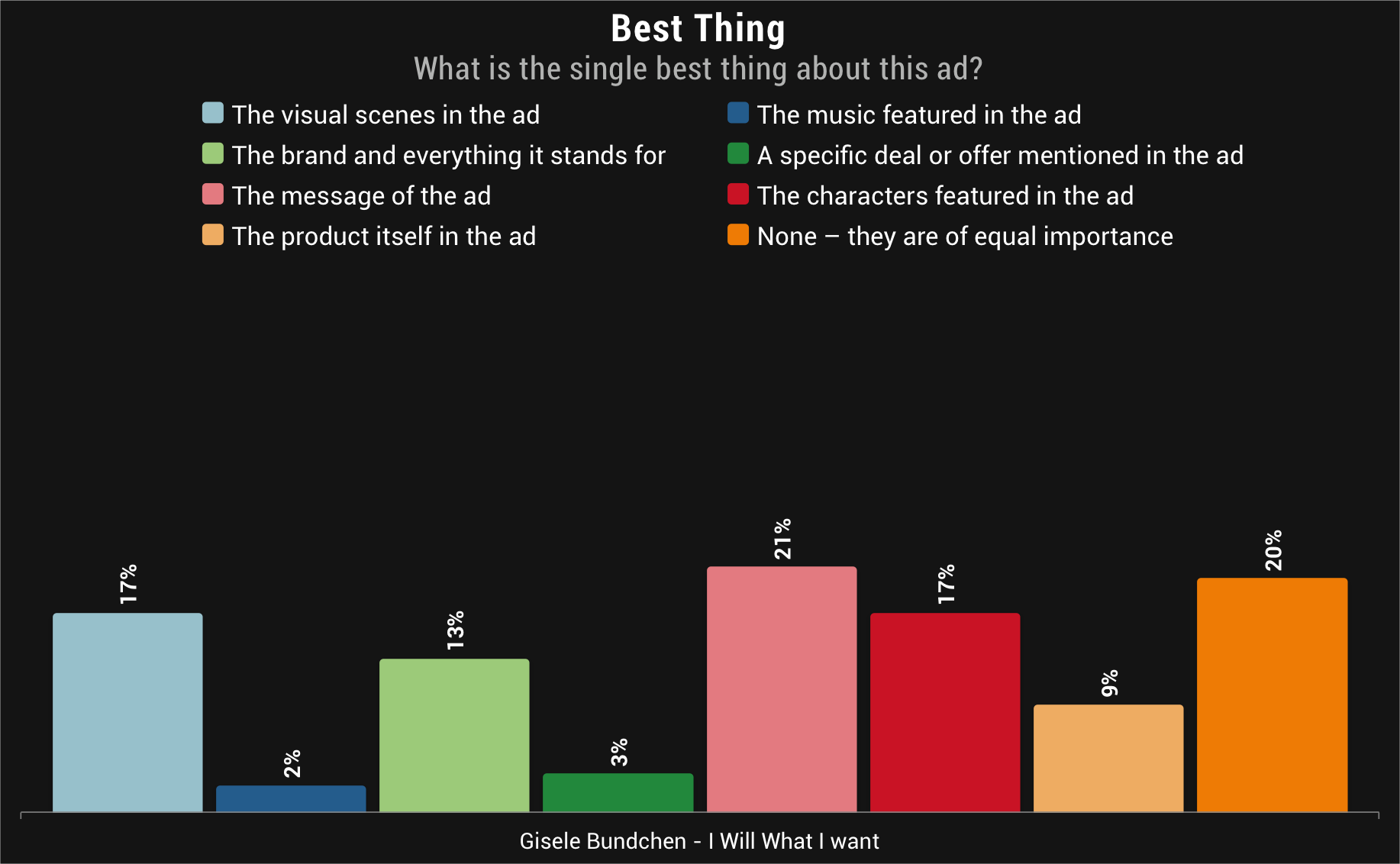 YouTube and Philips Win With First Ads of the Year