Challenge: Is knowing how well one ad does within a campaign enough?

Google launched their new Nexus7 tablet with a heartwarming 60 second storytelling ad featuring a father and son “Camping”. A 30 second ad was also released. Both ads soared to the top of the mobile device category, topping iPhone, iPad and Kindle ads. 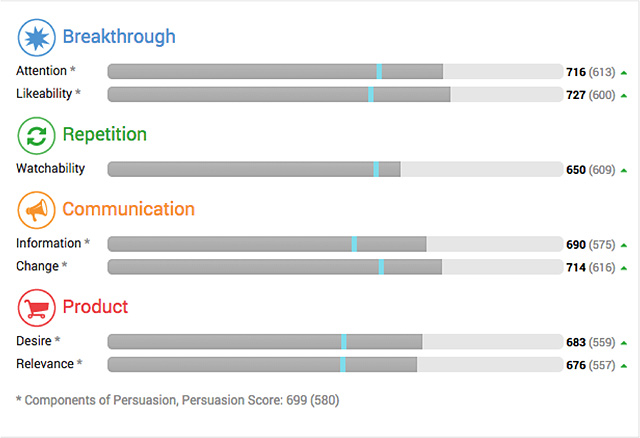 Ace Metrix immediately identified several flaws in the shorter formats. While two of the three earned upper middle quintile scores, there were significant drops in key components. The 15 second ads elicited many more negative verbatims, including negative correlations to the “tablet” product itself. 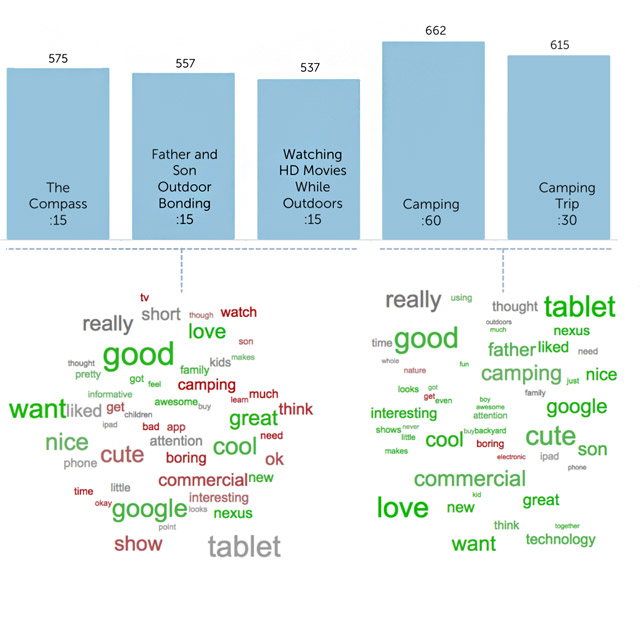 “All I wanted to say during the whole commercial was ‘stop watching TV you’re supposed to be camping.’ Is it really so bad that we can’t actually spend time with our children without plopping them in front of some kind of TV. No wonder they are all overweight.” – Female, Age 36-49, $75K+, Caucasian, No Children, South

“Everything happened kinda fast so all I got from the commercial was a boy laughing with his grandfather or someone. But I didn’t learn anything about the product itself, which I didn’t like. The commercial does grab your attention a little but it doesn’t have enough substance for my taste.”- Female, Age 16-20, Under $40K, African American, Child, West

With these insights Google was immediately able to take action: