No matter which brand we’re talking about, a 2:00 ad will always be 120-seconds (which is often 90 seconds too long for many viewers) in a world where advertisers – yes, even Apple – have to fight for each precious second of consumer attention /engagement.

For the launch of the Apple Watch Series 6, the brand successfully turned a generally boring idea – product demonstration – into an engaging ad that piqued viewer curiosity scene after scene:

The 2:00 version of “It Already Does That” achieved the highest Ace Score (674) among Wearables ads from the past two years and ranks among the top 5 all-time (dating back to 2013).

Its Breakthrough potential was impressive given it’s long-form medium. Compared to six month norms for all ads over 1:00 in length, “It Already Does That” outperformed norms by 15% on both Attention and Likeability. It even outperformed its 0:30 counterpart – most notably on Attention (+9%), Information (+9%) and Likeability (+8%), which is highly unusual.

Second-by-Second Trace results among Current Users, Lapsed Users, and Considerers shows Apple maintained steady and strong engagement for an ad of its length:

What Made This 2-Minute Ad Tick?

The secret to its success is in the emotional impact. Apple really showed the product (vs. telling about it) in a creative (Ingenious), Cinematic manner that piqued viewers’ Curiosity about what would happen next. Additionally, “It Already Does That” struck a Funny chord, pretty unusual for what boils down to a product demo. While benign humor in the context of all ads, it was a fresh approach in the Wearables category where just 4% of the ads have ever scored on our Funny emotional metric. 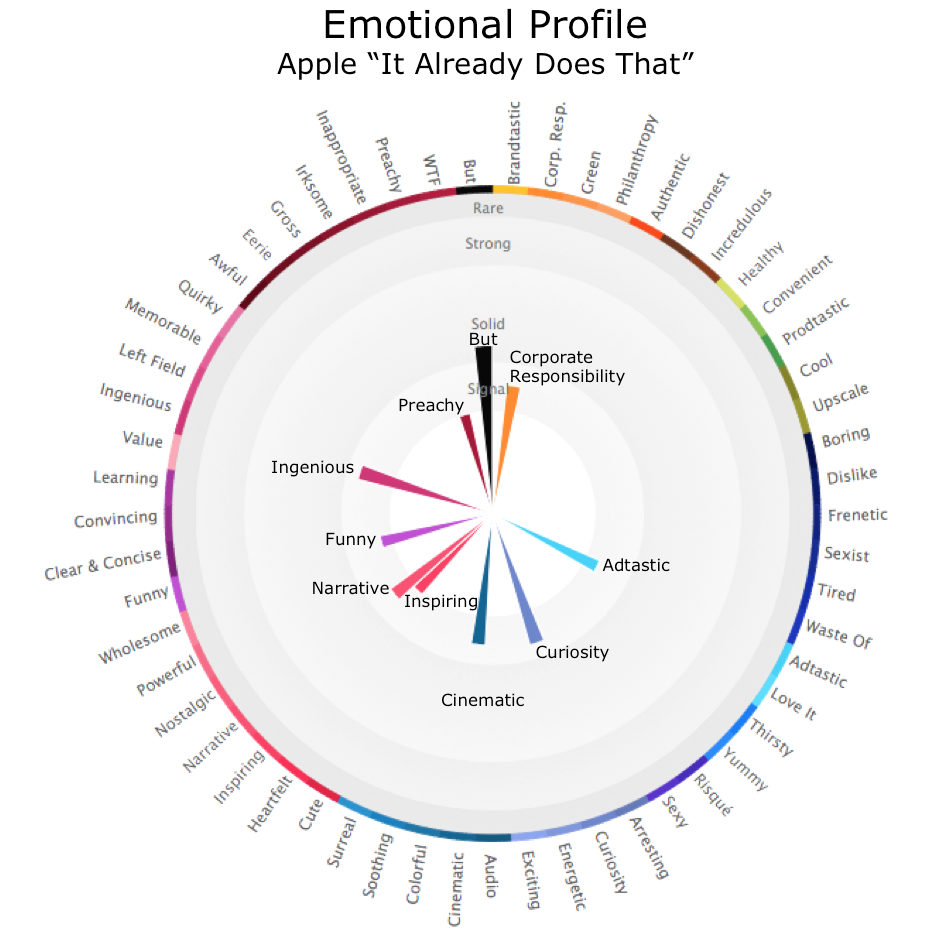