Despite its popularity, when the ad originally aired product sales actually decreased. People were confused as to what the ad was for; many believed that it was for spaghetti sauce rather than Alka-Seltzer. Soon after, the company returned to using jingles and slogans in its ads.

While time has served Alka-Selter well, this ad is still plagued by the same confusion it experienced 45 years ago. We asked 500+ consumers to rate the classic ad, and while it outperformed the portfolio of other Alka-Seltzer ads, scoring well with most persuasion components, it still struggled to impart Information – the only component to fall below norm for the ad.

While Information lagged a bit, Attention and Likeability did not – crushing the norm in both cases. Its Likability score of 764 is 22% above the brand norm in the category while its Attention score of 755 exceeds the brand’s Attention norm by 20%. Consumers’ appreciation for the comedy in the ad is evident in the ad’s Funny Score, which is 70 out of 100. The average Funny Score for the prior Throwback Thursday ads is 27, Alka-Seltzer’s score was 159% above the TBT average. 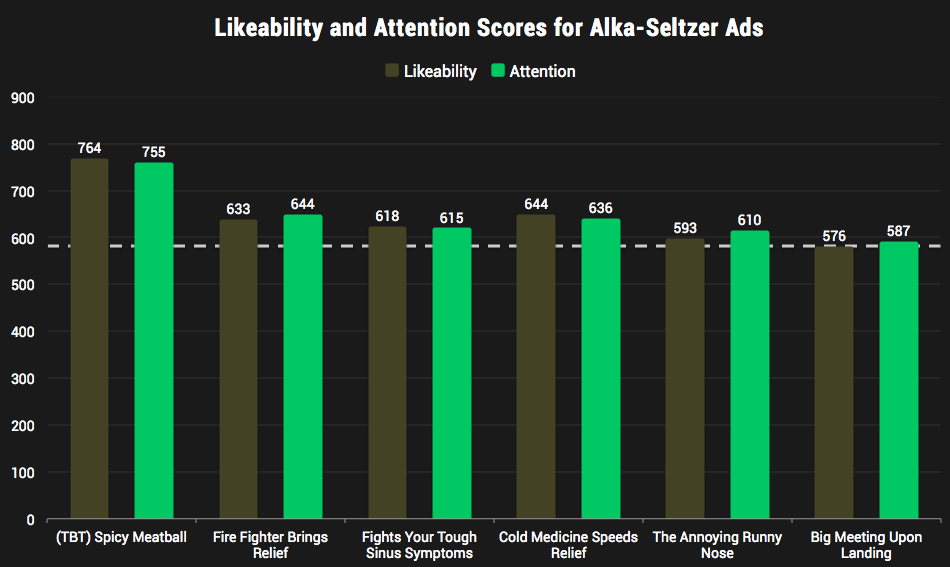 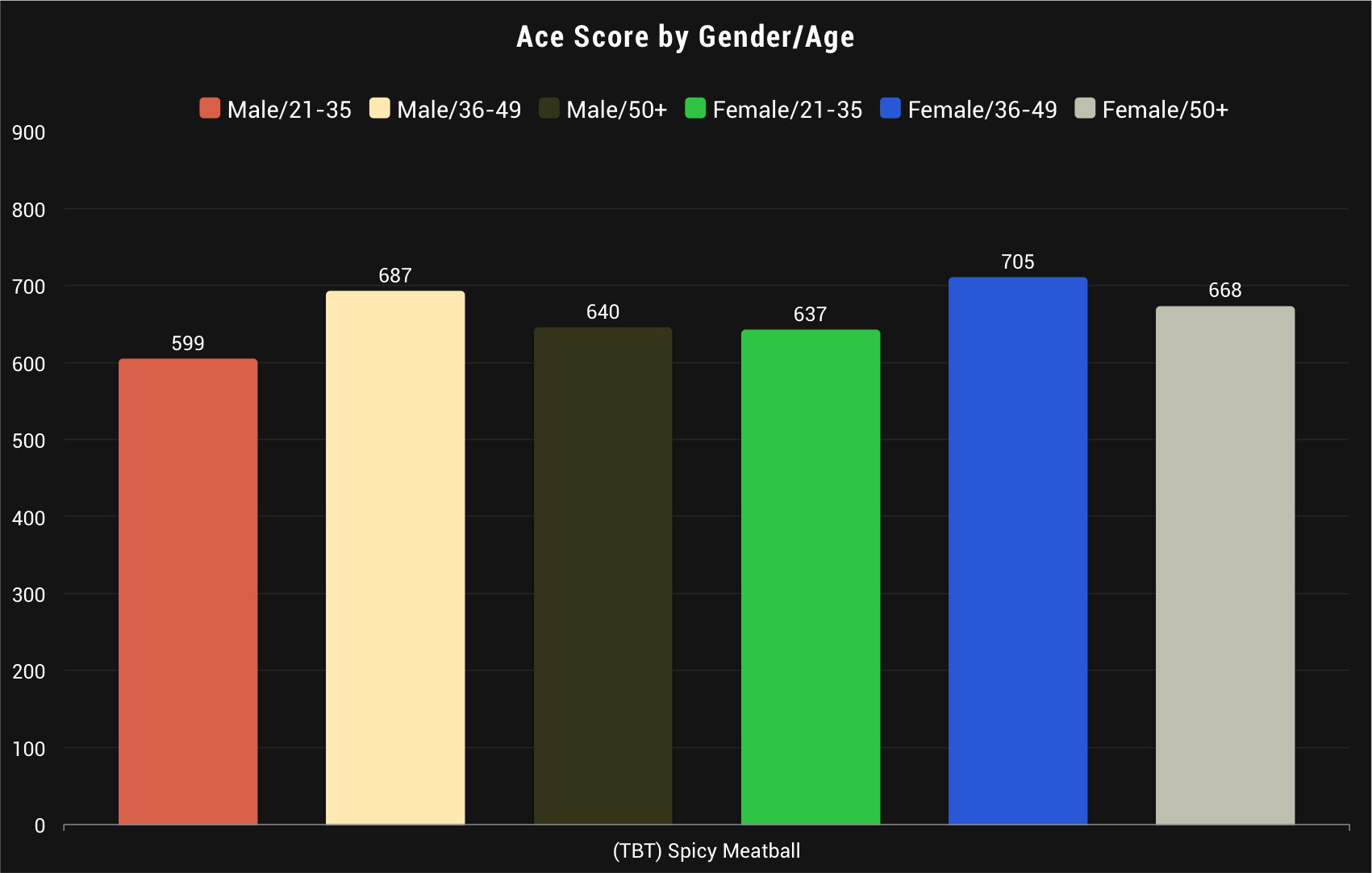 Looking through the 349 verbatim responses, many contained positive and nostalgic language. For example, some of the most popular words include “great” and “love,” which each appeared in 7% of the verbatims or “vintage” and “liked” each appearing in 6%. However, the main attribute that stood out to most people was the humor of the ad; this is illustrated in 21% of the consumer reactions using the word “funny. 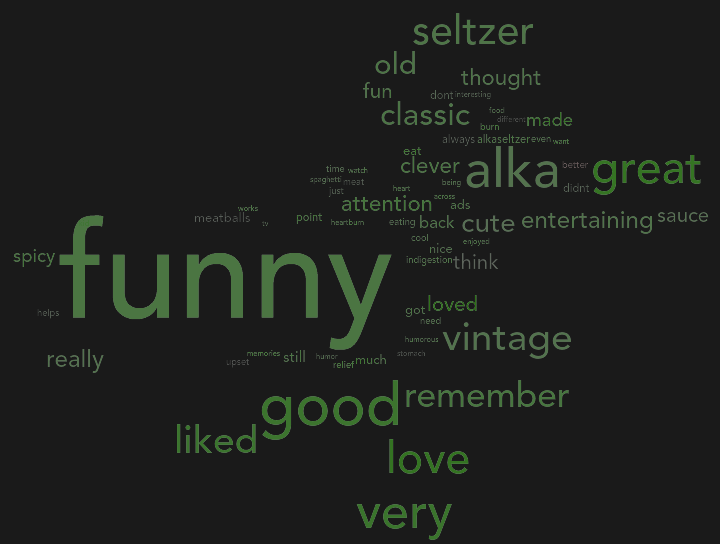 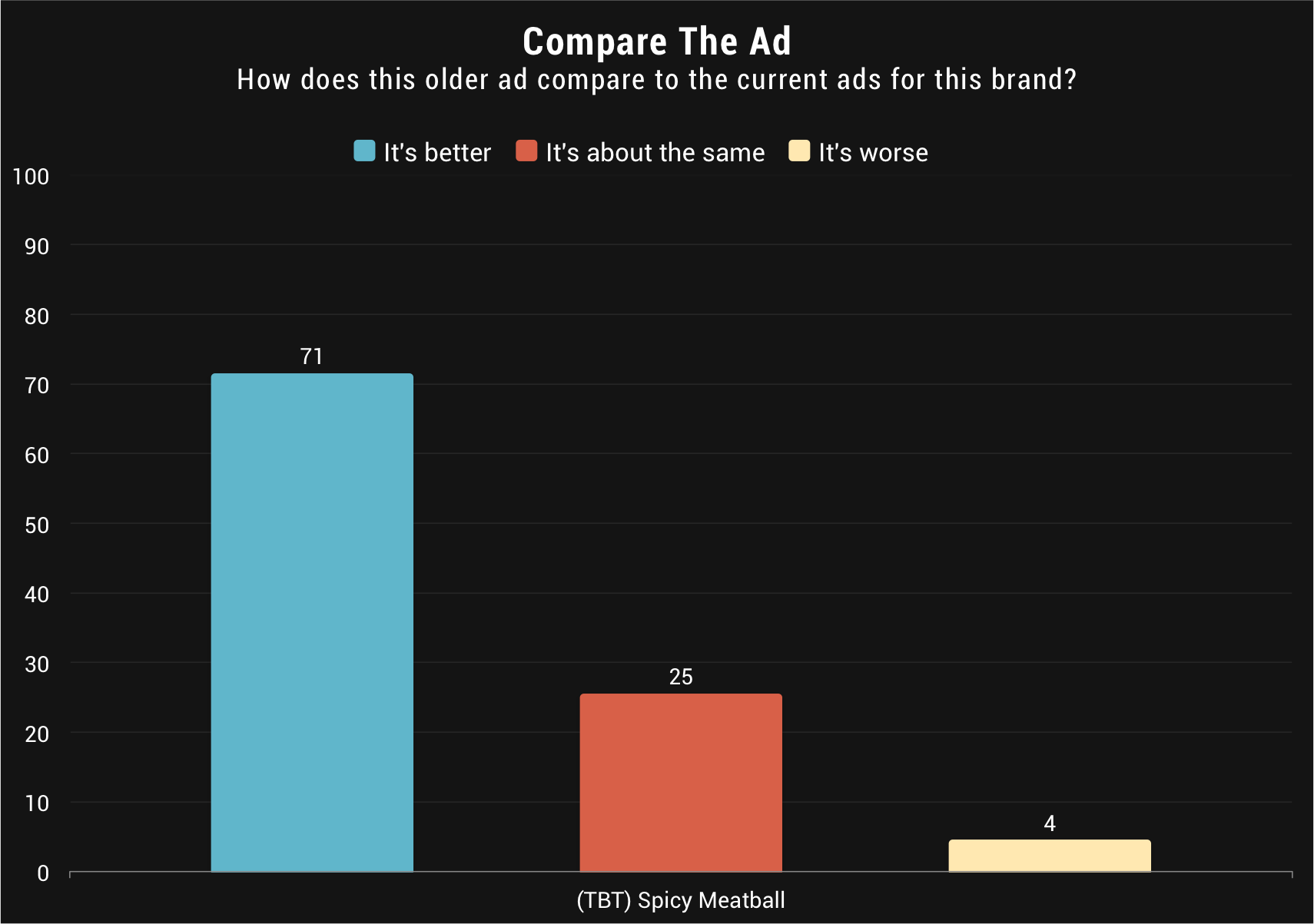 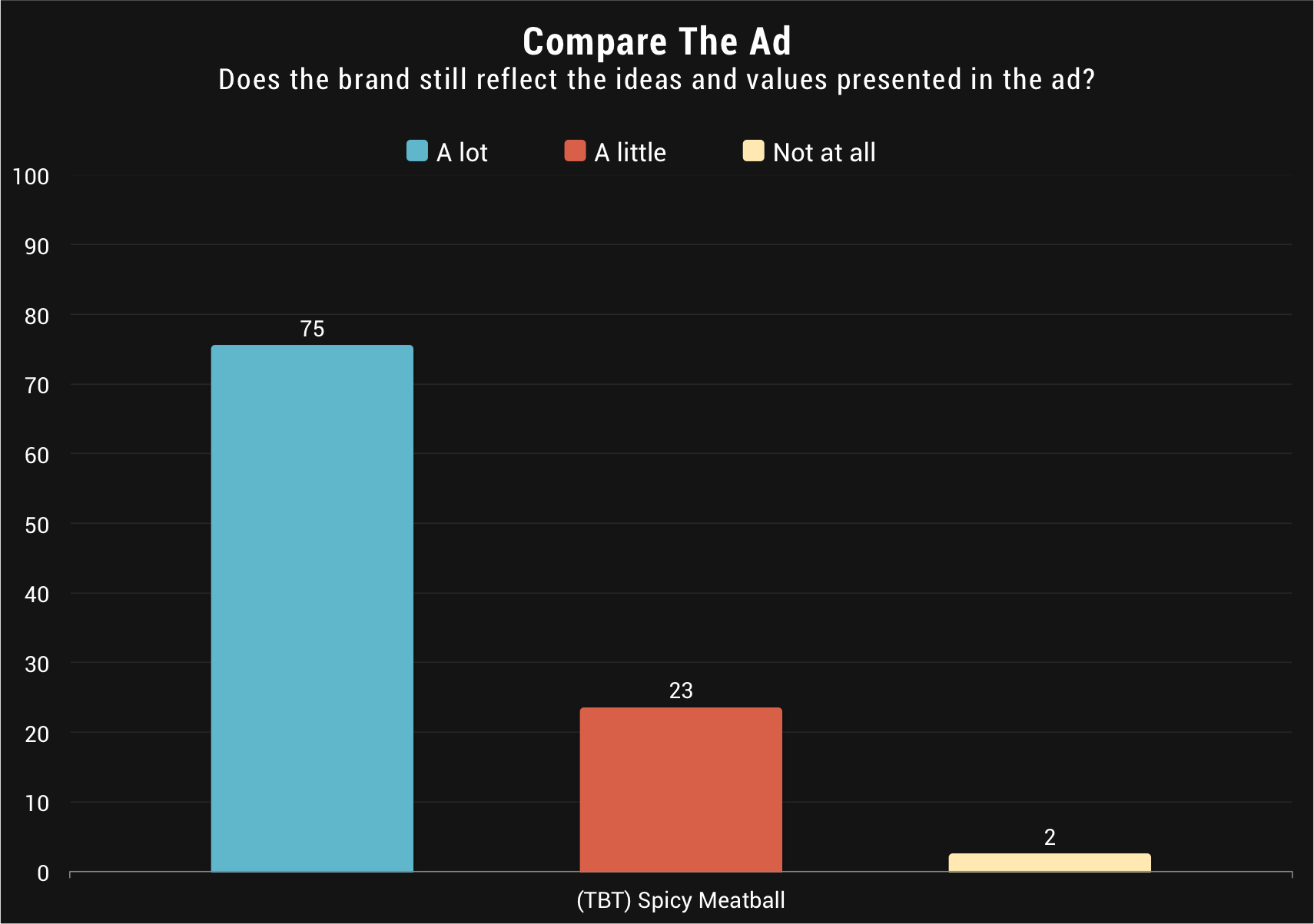 Nearly half a century since its original air date, consumers are still able to relate to the timeless humor from the “Spicy Meatball” ad. Even though it did not lead to an increase in sales during its initial airing, it did grow into one of the most memorable ads in American advertising (reach out to us to talk about what components predict memorability and breakthrough).

Talk to us on Twitter to suggest your favorite throwback ads for the next Throwback Thursday post #TBT.