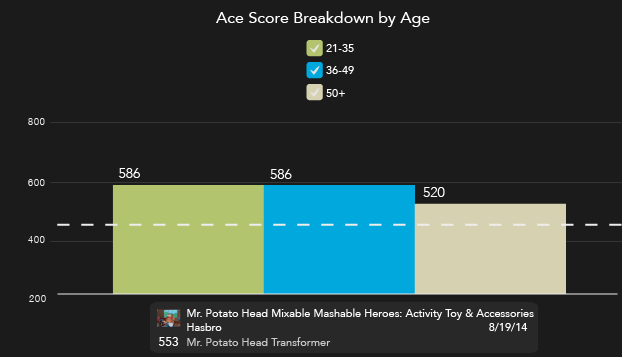 The “Mr. Potato Head Transformer” ad’s Change and Relevance scores are particularly smashing. With a departure from the more traditional Mr. Potato Head toy, the ad showed new promise for the toy’s future, boosting Change scores 16% above the norm. Likewise, the ad’s score in Relevance came in 16% above norm.

Reading through the optional responses consumers left for Hasbro, many consumers fondly remember their love of Mr. Potato Head as children. In fact, 8% used the word “love” specifically while another 10% remarked about how “cute” the new tater toy is.

While Toy ads tend to score lower, this ad snapped into action, scoring high for its nostalgia and relevance to today’s popular movie characters.

We always say it only takes a couple seconds to put someone in the mood for a steak; and apparently that’s true especially when steak is combined with shrimp. Outback’s latest 15-second hunger-inducer is “Unlimited Shrimp”, which consumers awarded an Ace Score of 681. Promoting its steak served with an unlimited portion of shrimp, the ad has consumers ready to eat Australian for dinner.

All gender and age demographics gave the ad a score above the Restaurants 90-day norm. Men ages 50+ scored the ad the highest (715), 14% above norm. 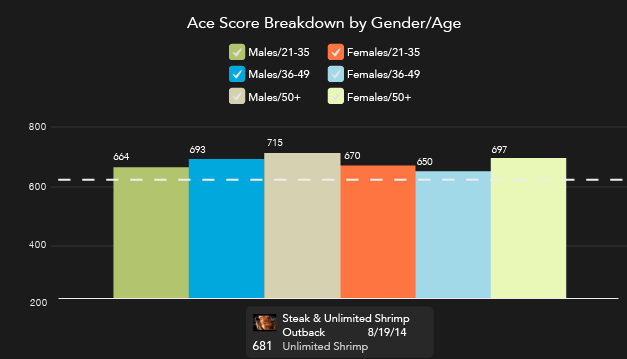 Interestingly, those consumers who had been to an Outback within the last 6 months, (which was 61% of survey respondents) got the message more clearly than casual guests and rewarded the ad with a score well above 700. 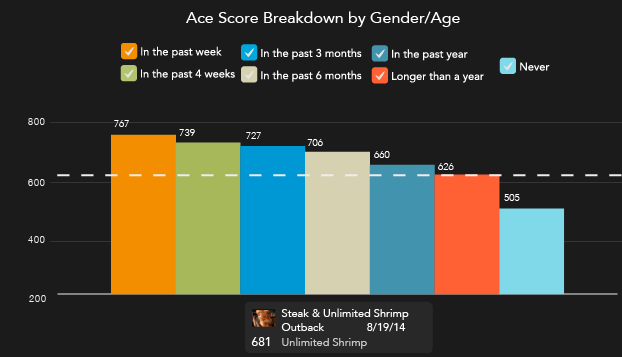 A sizzling 10% of the 356 optional responses left by consumers included the word “hungry.” Another 8% used the word “love” to describe their affection for Outback, shrimp and the great deal.