Ad of the Week: Guinness “Friendship :60” 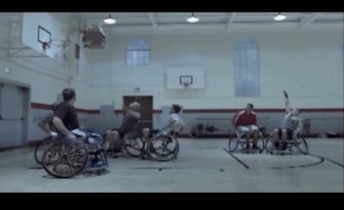 Guinness bucked the Beer Industry advertising trend of women, stunts, spousal misunderstanding and all things macho to put out a spot that is heartwarming and honest, and viewers responded by giving it a score high enough to win Ace Metrix Ad of the Week.  “Friendship :60” earned an Ace Score of 622, 29% higher than the Beer category twelve month average and beat over 145 ads to win the honor.  “Friendship :60” is the third highest scoring Beer ad of 2013, falling behind Budweiser’s “Brotherhood” ads (:60 and :30) from the Super Bowl.  Both are heartwarming, tear jerkers (for some!), which may make the case for a change in the typical beer spot.

We won’t spoil the twist for you, but it’s definitely worth a watch:

The ad has tremendous scores across all components, but particularly on Attention and Likeability, each were more than 25% above the Beer category norm.  Perhaps most telling about the spot was the Change score.  With a 674 Change score, “Friendship :60” tops the category for that component this year, even beating out “Brotherhood.”  Guinness most certainly was looking for a high Change score, with such a departure from both their own advertising and the Beer industry in general.

Our Emotional Sentiment index tends to reward storytelling spots and “Friendship :60” certainly reaped the benefits of both the length of the spot and the feelings it elicited.  The spots scored 7% higher than the Beer category average, and while it wasn’t quite as high as the emotional response to the Clydesdale in “Brotherhood”, it is one of the top 10 emotional Beer spots this year.

The ad was able to appeal to a broad audience, which is especially impressive, considering not all of Americans drink alcohol.  With a Relevance score 24% higher than the Beer norm, Guinness resonated with Beer drinkers and non-drinkers alike.

The theme of friendship resonated throughout the spot and with respondents.  The connection between a strong friendship and beer drinking worked for respondents, and they applauded Guinness for that in their verbatim responses.

Aaron Taube at Business Insider may have put it best: “What’s exceptional about the ad is how it presents the characters’ sensitivity hand-in-hand with their physical strength and love for contact sports, implying that a Guinness drinker can love his friends as much as he loves his favorite beer and his favorite sport.”

Next round at the pub, Guinnesses all around!

The Watchlist is Out: Top Ads of Q3