In the modern world, activities of everyday life put our smartphones in danger. There is always a risk of dropping or spilling on them, which can sometimes break the phones for good. With their new ad featuring the Samsung Galaxy S6 Active phone, AT&T effectively appeals to consumers’ tendency to accidentally put their phones in jeopardy by showing the Galaxy S6 Active surviving many of the harmful actions that would break most phones. The ad, titled “Life Simulator,” nabs Ad of the Week this week, earning both the Category Overachiever and Highest Ace Score titles.

The ad, which earned a 652 Ace Score, 22 percent higher than the 12 month Telecom Services category norm, scored well across all components. It successfully broke through with consumers, scoring 17 percent higher in Attention and 19 percent higher in Likeability than category norm. What’s unique about the ad is that it also scored well in both of the product-driven component scores: Desire and Relevance. The ad was able to capture viewer’s attention while simultaneously making them want the product. 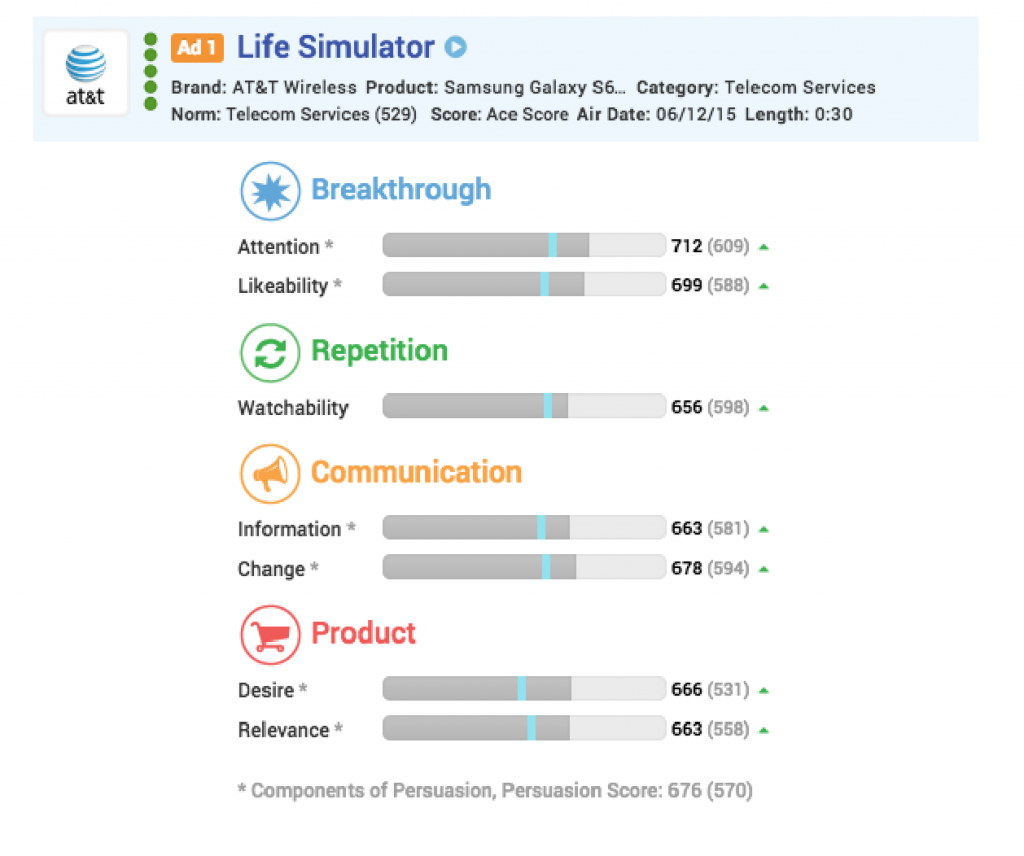 The product-driven and Likeable qualities of the ad were also seen in the optional consumer verbatims, where 27 percent mentioned the “phone,” and a combined 22 percent thought both the phone and the ad were “good” and “great.” 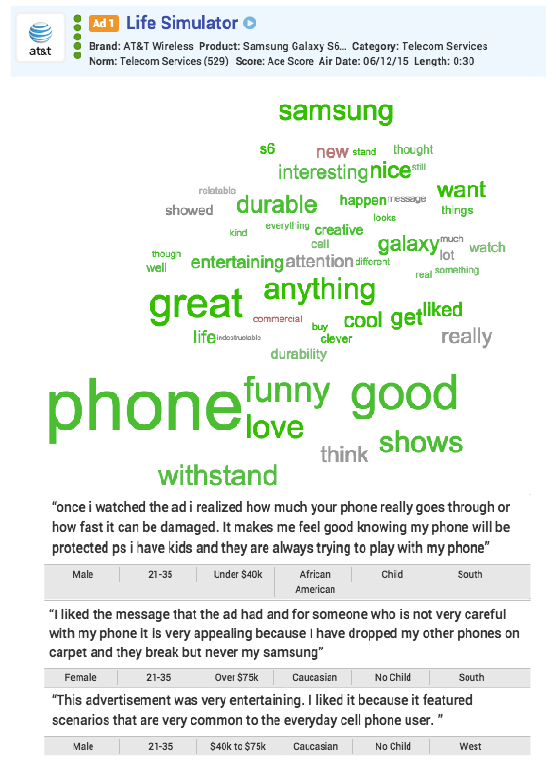 AT&T can certainly count “Life Simulator” as a win for the Samsung Galaxy S6 Active.