It seems only proper to welcome Budweiser back to our Ad of the Week list for another adorable puppy ad. Now though, the puppy is all grown up in an ad that uses a touching story as a good reminder to never drink and drive. Budweiser’s new ad wins it the title of Category Overachiever this week. Nestle also baked some warm, fuzzy feelings into its new ad, earning the brand the highest Ace Score of any ad to debut last week.

“Best Friends” made its viral YouTube debut just over two weeks ago; however, the ad just debuted on television last week. No matter which screen consumers view it on, “Best Friends” is able to resonate across all dimensions. Consumers awarded the ad an Ace Score of 650, which is 27% above the 12-month Beer category norm. The winning, 0:60 version tells the story of a young puppy and man who seem to be inseparable from the start; and thanks to some smart decision-making, their fun-filled friendship continues. 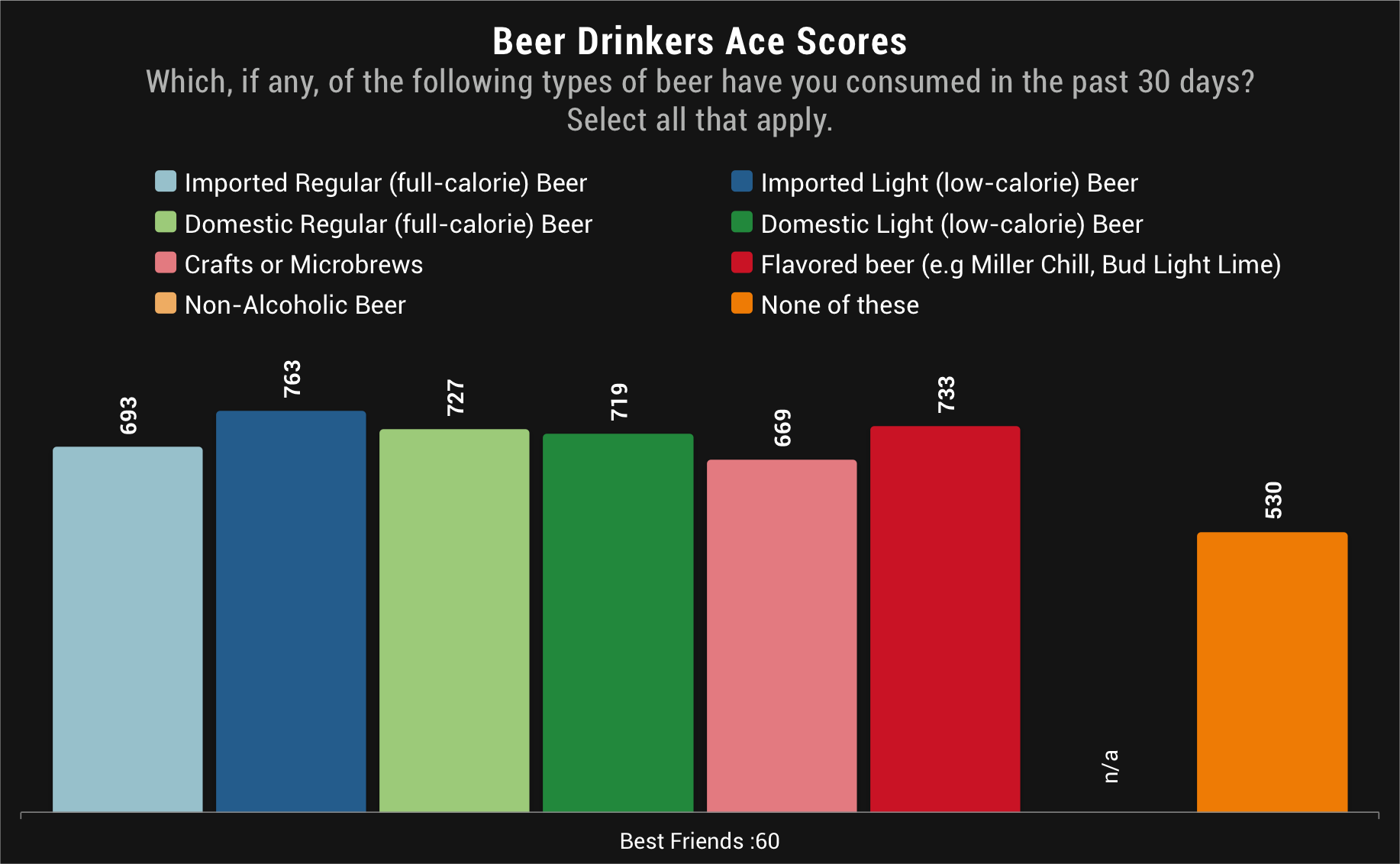 “Best Friends” scored exceptionally well across all six metrics of Persuasion but scored particularly high in Likeability and Attention, 27% and 21%, respectively, above the norm. Consumers also felt that the ad was particularly relevant and agreeable, awarding the ad a Relevance score of 647, 24% above the norm.

The relevance of the ad’s message can also clearly be seen in the word cloud, below. Fifteen percent of survey respondents remarked that the ad had a great “message.” Additionally in the word cloud, we can see that 12% of consumers who left feedback for Budweiser used the word “very,” indicating that consumers had strong feelings about the ad, likely helping the ad go viral. 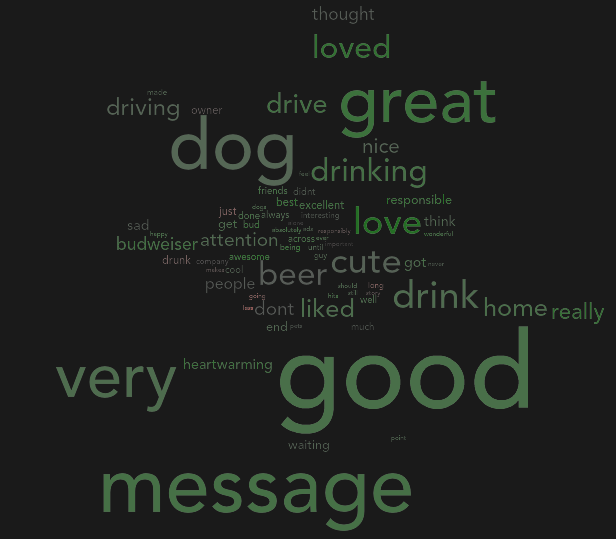 When asked what was the best thing about this commercial, 32% of respondents, indeed, indicated that the message was the best thing. It’s worth nothing, though, that a number of consumers could not be swayed away from the fluffy puppy, with 15% indicating that the ad’s characters were actually the best part. I think this means that we’re all hoping Budweiser will continue to use adorably beautiful dogs in its brand builder spots.

It feels like just yesterday that Nestle aired its “Bake A Better Place” ad but, in fact, that was about a year ago. This year, Nestle went with a similar theme to debut “Bake the World Better,” which consumers awarded an Ace Score of 674. The new Nestle ad cannot help but make the ooey, gooey cookies look absolutely delicious and super easy to bake.

Nearly every gender/age group scored this ad above norm. Women ages 36-49 and 50+ especially loved the ease of baking fresh cookies, each scoring the ad above 700.

While the ad succeeded each of the six components, the way Nestle described their product as being made with wholesome ingredients caught consumer attention with the Information score coming in 11% above the 90-day norm. Likewise, consumers agreed that the cookies look, hands down, delicious, awarding the ad a Desire score nearly 13% above the norm.

Many consumers agreed that the most scrumptious thing about the ad was the ready-bake cookies. Thirty-nine percent of consumers indicated that the product was the best thing about “Bake the World Better.” 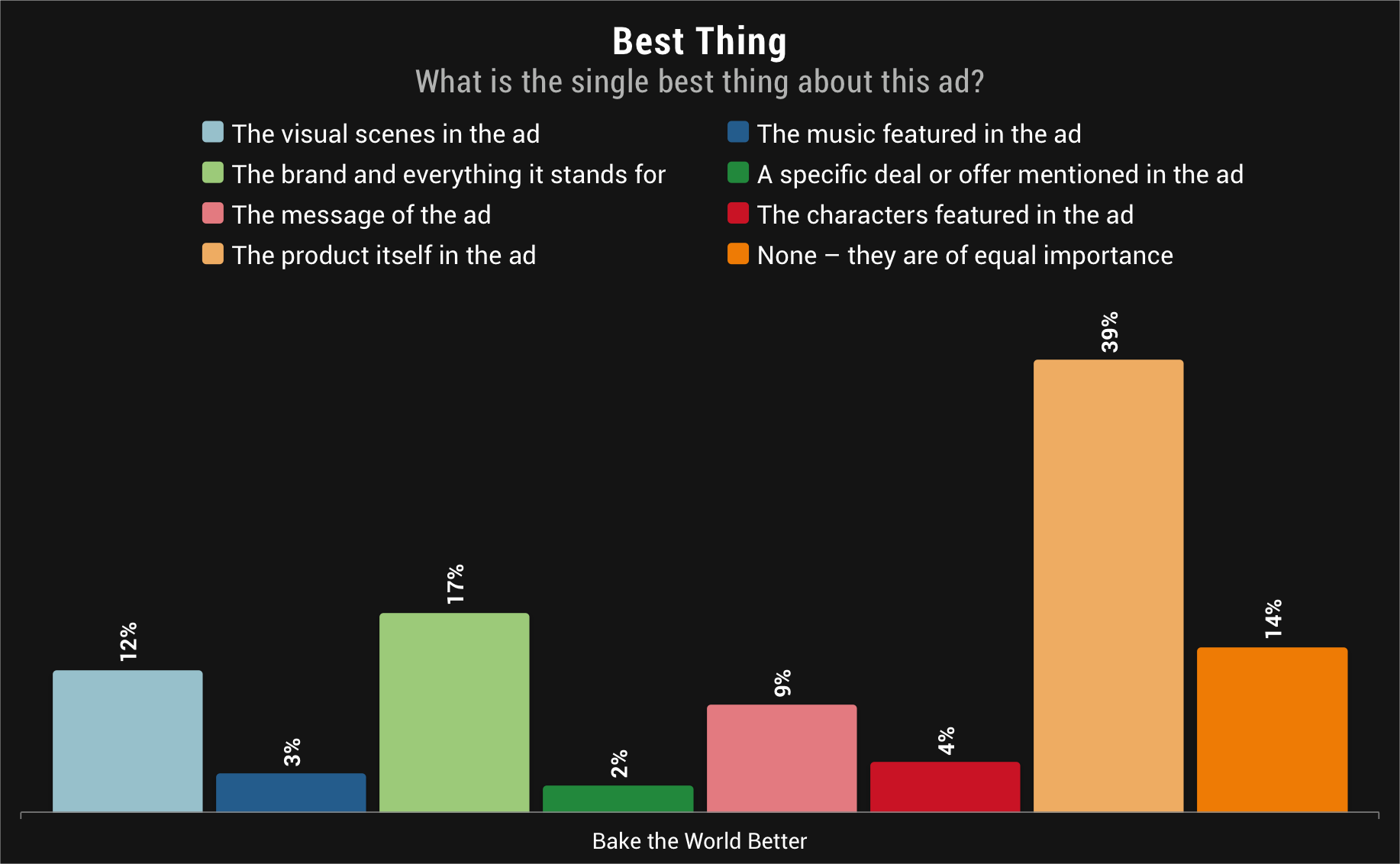 As the “Best Thing” question indicates, it was Nestlé’s product that really carried this ad into the winner’s circle—perfectly timed for the holidays as well.

Top Ads of Q3 2014 Entertain with Humor, Philanthropy and Information

Vintage Skippy Ad Is As Smooth As Its Peanut Butter