There’s never a shortage of celebrities in Super Bowl ads. It’s part of what draws the largest TV audience each year. But even if a brand finds the most relevant, most liked celeb at that moment, the actual creative itself has to live up to and outperform the very high expectations for advertisers. This year, several stars are making their game day debut, including Chris Pratt, Rebel Wilson, Tiffany Haddish, and Peter Dinklage. Other familiar faces, such as Morgan Freeman and Cindy Crawford, are returning to the big game. In anticipation, we’re taking a look back at the stars who stole the show.

Since 2010, 68% of ads featuring a celebrity also used humor in hopes of being well received. Such was the case for most of the ads on the list of Most Liked Celebrity Ads. The combined emo word cloud shows a strong presence of humor among the ads.

The celebrities among the Most Liked Celebrity Super Bowl Ads represent sitcom actors, models, singers, movie stars and much more. These ads achieved Likability and Attention scores significantly above the average for Super Bowl ads from the past eight games. Congratulations to the brands on this list for not only picking the right celebrities, but for also making Super Bowl-worthy creative.

In general, it can be risky using a famous face in an ad that represents a brand, as not everyone is going to love the person chosen and this could leave lasting, negative impressions. In fact, when it comes to Super Bowl advertising, ads without celebrities outscore those that do. 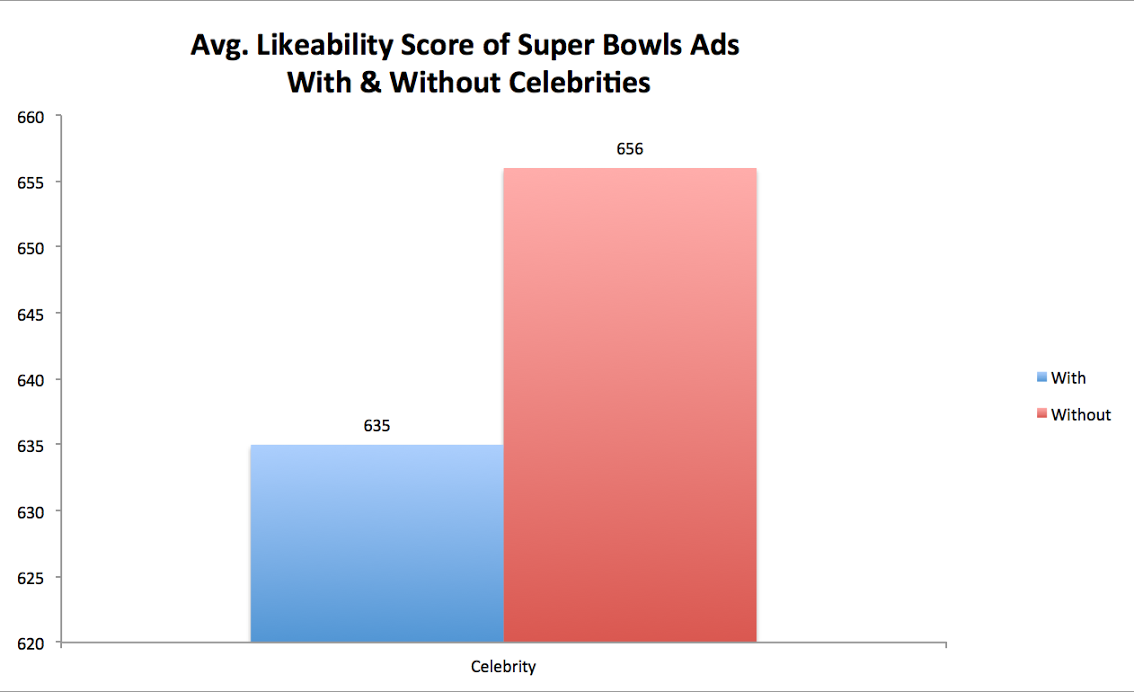 Successful celebrity ads use their stars in a way that is relevant and integrates them into the brand’s story.The top celebrity spots all had polarity scores below the average for celebrity Super Bowl ads, showing low levels of disagreement among respondents as to the ad’s performance. The lowest polarity score of the group was RadioShack’s “GoodBye ‘80s.” Featuring various stars from the ‘80s, viewers could find one or two characters in the ad that they remembered fondly. The ad got its point across in a clear, clever and humorous way. Viewers also scored this ad the highest in Change among the ten most-liked celebrity Super Bowl ads, showing they recognized RadioShack was reinventing its ‘stuck in the ‘80s’ brand. 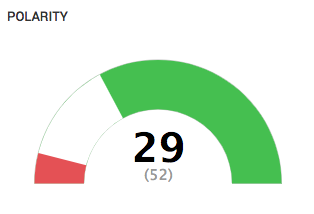 Both Honda and Snickers have ads on the list that recycled Hollywood content in a fresh, attention-grabbing way. Snickers’ reinvention of a scene from the Brady Bunch was a hit with viewers. The Characters were named the top Single Best Thing about the ad by 41% of viewers, represented in the chart below. 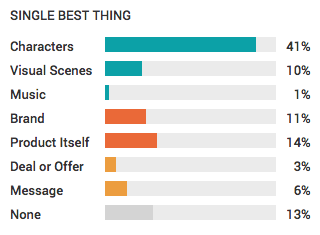 Without Matthew Broderick the Ferris Bueller scenes wouldn’t have worked in Honda’s “Mathew’s Day Off,” and might have actually confused viewers. Capitalizing on a Hollywood classic and its star, Honda scored significantly above Super Bowl advertising norms across every metric we measure, but especially for Likeability and Relevance. 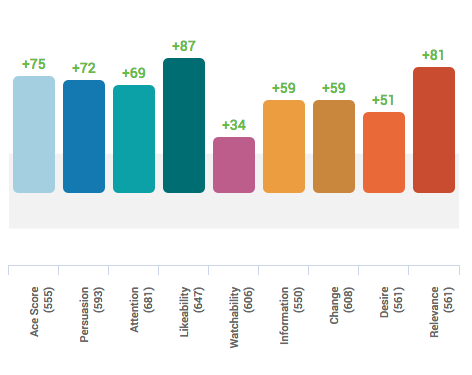 A celebrity isn’t always what makes a Super Bowl ad stand out. Sometimes other creative elements, like the message, plot or visuals, outshine the most famous of stars. That wasn’t the case for Betty White. She was the most mentioned celebrity in responses, with 21.4% of viewers referencing her in their comments about Snickers’ “Game.” The Muppets were the second most mentioned at 18.7%, followed by Jerry Seinfeld with 17.4%. 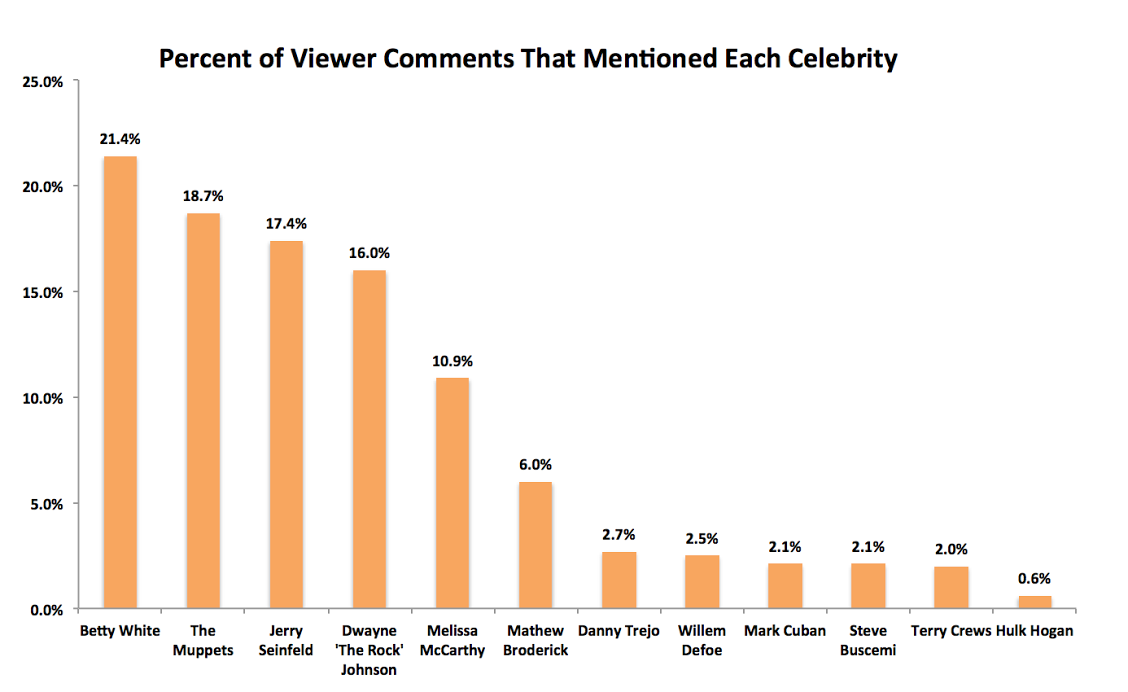 Other times, celebrities probably should’ve passed on their Super Bowl opportunity. With one of the least liked celebrity Super Bowl ads, viewers didn’t understand the connection of Jeff Bridges to the brand and the ad’s message in Squarespace’s “Dreaming With Jeff.” However, the creative did have a higher than average polarity score – some viewers really enjoyed the ad and Jeff’s presence.

While celebrities aren’t the main attraction of the Super Bowl, they add extra excitement to the ad bowl in the days before the big game. Follow along with Ace Metrix on Twitter, @Ace_Metrix, to find out how this year’s famous faces performed with viewers.

[Infographic] Playing to Win: How to Score with Your Super Bowl Ad