Discovering the Beauty Within A Great Ad 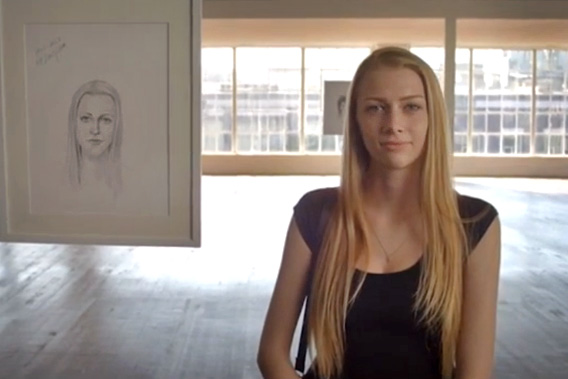 We often get asked why our scores matter when an ad has become a viral hit.  The answer, as many marketers know, is that popularity does not necessarily equal effectiveness in the video ad business.  Plenty of YouTube successes have gotten tens of millions of views from specific audiences while alienating others (see Mercedes Super Bowl teaser).  Polarity tends to result in lower Ace Scores.  Brands that can achieve the elusive viral hit while reaching their messaging goals are in a position to earn a much greater return.

Dove has scored a huge viral hit with their “Sketches” video, garnering over 28 million YouTube views in just over a week. While the beauty industry delivers solid creative (particularly with women) it generally follows a celebrity driven formula. The new Dove ad is truly unique, however, delivering both positive and negative feedback as well as spawning a parody video that actually continues the conversation.

Part of what makes this latest Dove ad so exceptional is that it has resonated with both male and female audiences despite focusing on women’s perceptions of themselves.  The spot earned an Ace Score of 665, putting it in the top five spots for 2013 and tying with Budweiser’s Super Bowl topper, “Brotherhood.” It blew the Skin category norms out of the water, with 4 out of 6 component scores breaking the 700 barrier.  Despite only having a little over :10 of Dove branding, respondents still felt they learned something from the spot- the 733 Information score is second highest of 2013.

Our beauty categories- Skin, Hair and Cosmetics, struggle to obtain Ace Scores in the 500 range mostly due to the lack of appeal for the male audience. Amazingly, the 707 Relevance score for “Sketches” is second highest for 2013, indicating that not only did men like the ad, they related to it.  A look at the verbatim responses confirms that while men did not necessarily feel like they needed a pick me up in the self-esteem department, they realize that plenty of women need to see the beauty others see in them.

Dove’s goal for this next step in their “Real Beauty” campaign was to “Make women feel better about themselves.”  Ogilvy Brazil certainly delivered on that request, and then some. Not only were Attention and Likeability scores through the roof, but the reflective view that the women in the video take when seeing their drawings caused a similar reaction in the video viewers. Many re-evaluated how they feel about themselves, or cited that as a whole, we should all recognize our beauty. Here are just a few of the 239 optional verbatim responses collected for this ad:

YouTube metrics tell us that the top demographics viewing this ad are females 45 – 54 followed by two male demographics 35-54. From the chart below you see that Dove has a standout ad to be placed in front of a broad audience. Great creative communicates a message that can be appreciated by many.

We think this ad is meaningful on several different levels.  Like Coca-Cola’s bold ad on obesity – it addresses the subject of inner beauty head on, and in a way that treats consumers with respect.  It is also meaningful in that the message is truly broad as noted above.  Take a look at this ad compared to the last five ads in cosmetics: while there are the occasional pockets of strength among males with other ads – Dove’s ad shows broad, meaningful acceptance across every age and gender break beating the male average for the other ads by a full 225 points and the narrowing the average gap between males and females by another 30+ points.

Finally, this was an ad that connected emotionally with consumers – male and female alike.  In a category that tends to under-index on our emotion scale, ”Sketches” stood out – it had 40% more emotional sentiment than the standard ad (we measure emotion by applying text analytics to 235+ verbatims we collect on every ad).  Pretty remarkable.

So we tip our hat to Dove on a great concept, superb execution and perhaps more importantly – we eagerly await what comes next.