Whether it’s a happy hug from your puppy or building something with your own two hands, this week’s Ads of the Week winners help us appreciate the little things that make life so great. PetSmart’s winning ad not only asks us to celebrate our furry friends, but it is also the first holiday ad to gain recognition on our Ad of the Week list. Meanwhile, HP earns the highest Ace Score for its ability to inspire with strong visuals and messaging.

Consumers awarded PetSmart’s “Thanks To Your Pets” an Ace Score of 632, which is 18% above the Other Stores – Retail 12-month category norm. The fur-filled ad asks pet owners to thank pets this holiday season for all the joy they bring year-round.

Of course, dog owners loved this ad the most, awarding it a score of 690, which is an impressive 9% above the ad’s overall Ace Score. While non-pet owners only awarded the ad a score of 460, this is still 12% higher than the 90-day norm for non-pet owners, helping the ad achieve its exceptional status. 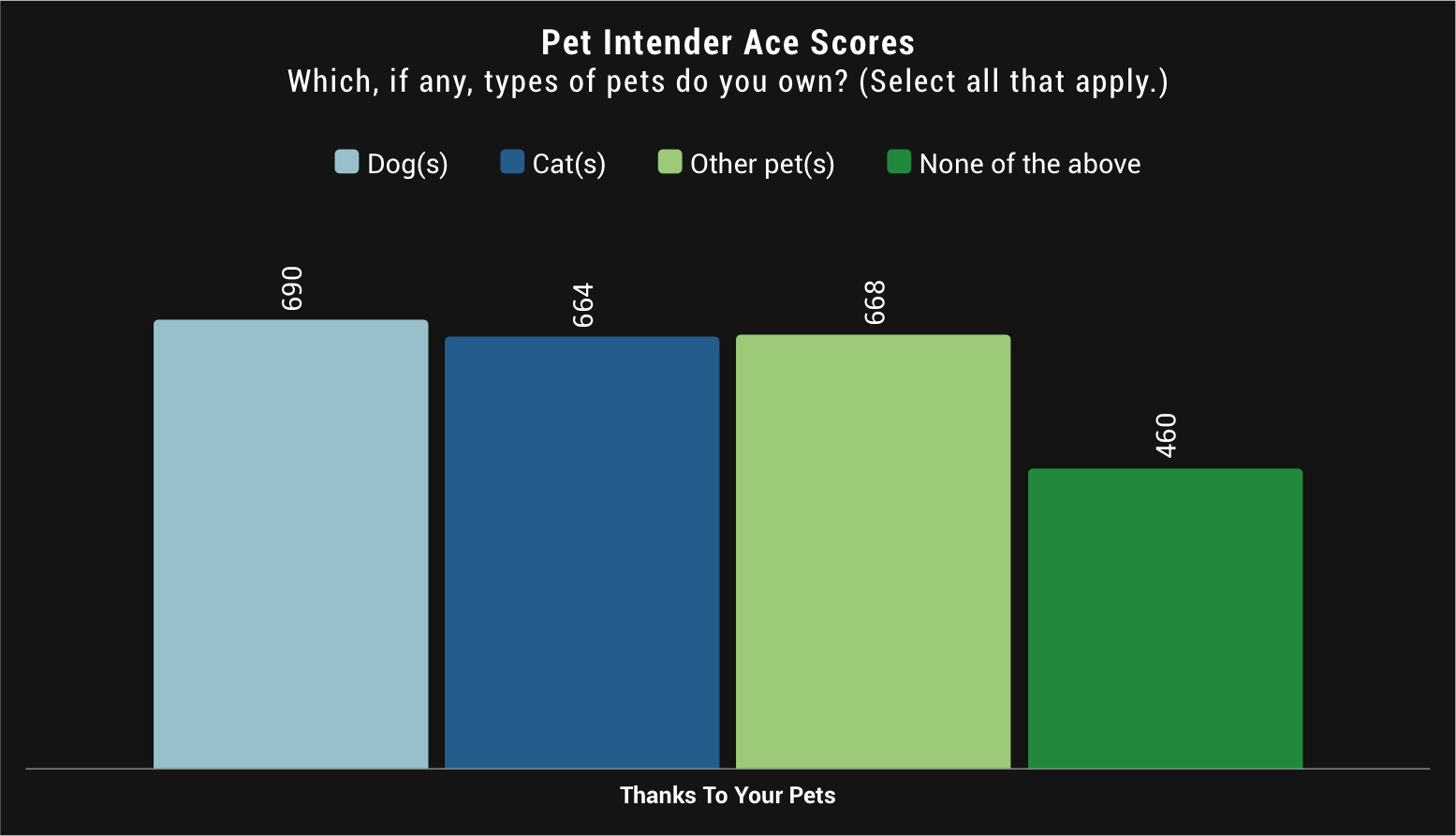 This ad won for its ability to be likeable, attention-getting and relevant—all important components for an ad to really breakthrough the clutter. The ad’s Likeability and Attention components each earned a score above 700, coming in 23% and 16% above the 90-day norms, respectively. Consumers also found the ad extremely relevant, awarding the Relevance component a score 26% above the 90-day norm.

Of the 358 consumers that chose to leave feedback for the ad, 15% used the word “love” while 17% said “cute” to describe their reaction to the ad. This sort of positive reaction to the ad lead to an Emotional Sentiment score of 74, which is 23% above PetSmart’s norm.

While this ad was first aired and scored in October, 6% mentioned “Christmas” in a positive way. Many of those consumers noted that they always get their pet a Christmas gift. Now the cat owners are waiting for their version of the ad. 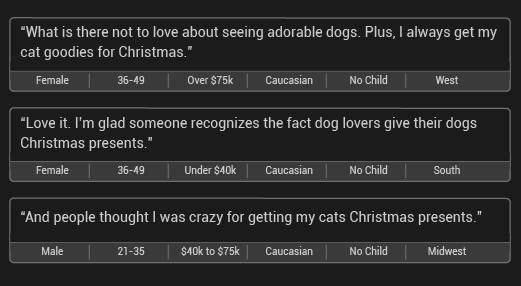 Hewlett-Packard’s “Hand of Time” earned an Ace Score of 646, overtaking 100 other ads to earn the title of highest Ace Score this week. The minute-long spot begins by talking about the amazing cabilities of our hands to go on to introduce the HP Sprout. 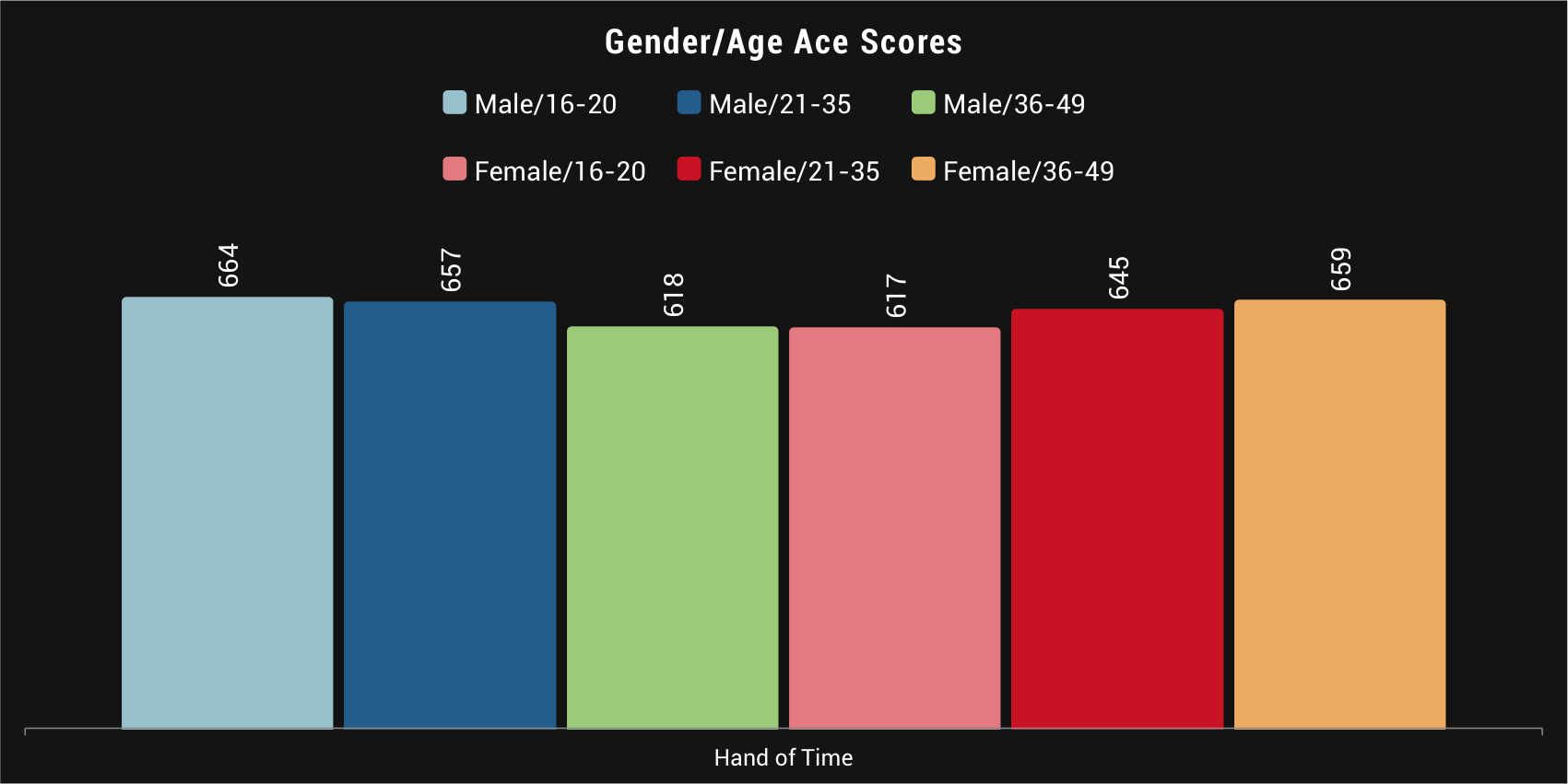 As the ad’s word cloud reveals, younger men loved the ad for its product while older women appreciated the ad for the mixture of the hand messaging with the product. Overall, 12% mentioned the ad was “cool” while 6% said “interesting” and 4% said it was “amazing.” 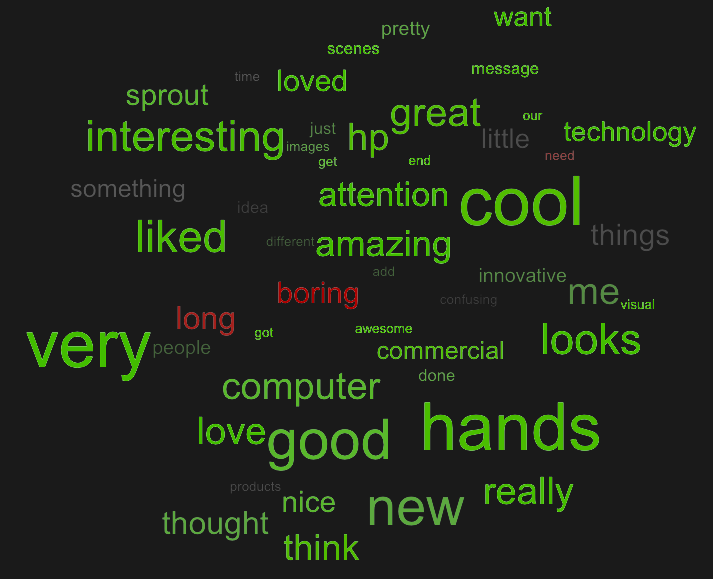 Although less than half the ad is actually about the HP Sprout, consumers still picked up on how amazing this technology is with 27% saying that the product was the best thing about the ad. 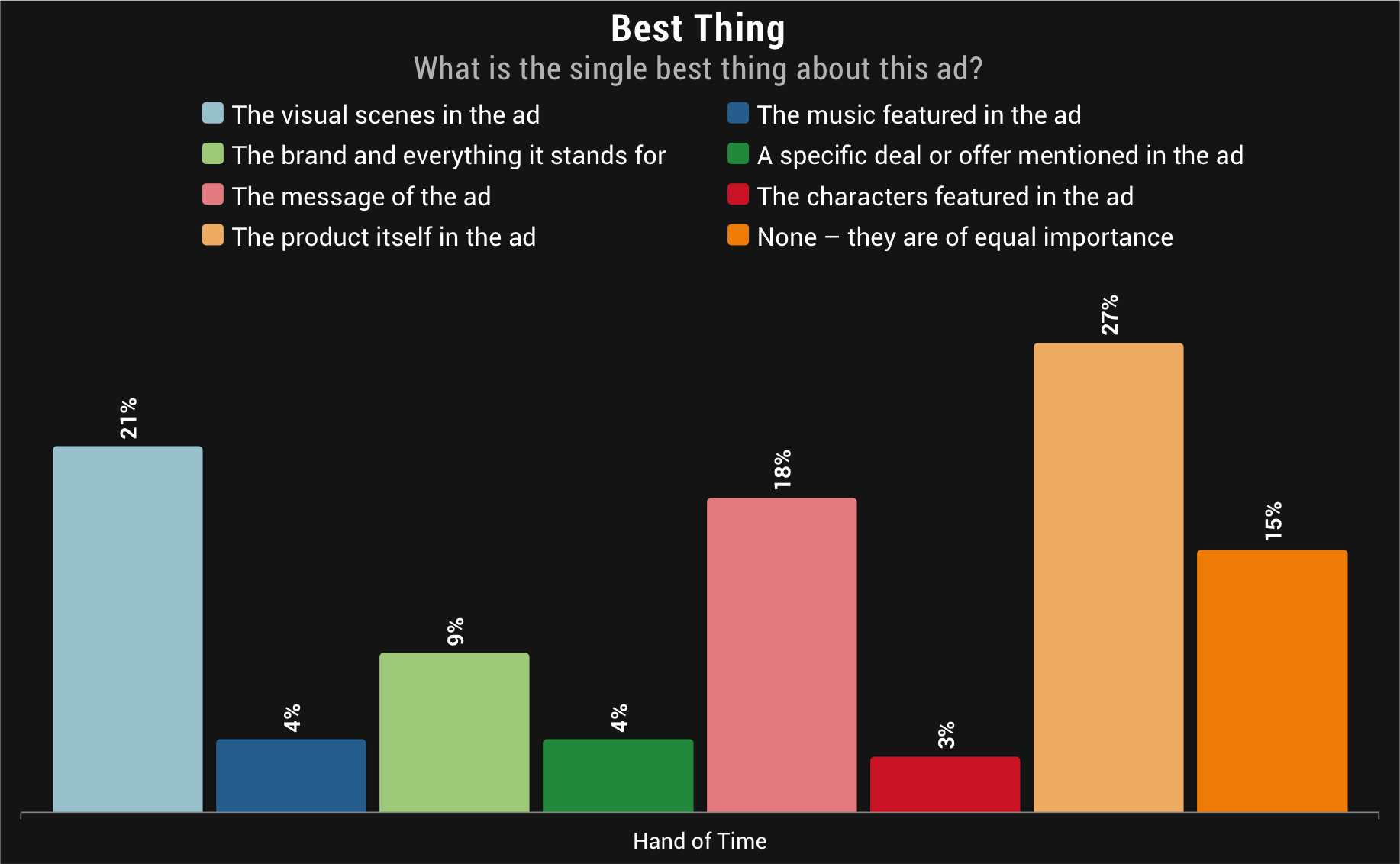 One consumer even noted that the HP Sprout was at the top of his wish list for Christmas—sounds like HP debuted this ad just in time.