The Trick to Halloween Ads? Make them a Funny Treat

The fall season always seems like the time of year when brands begin the battle of who can build a stronger emotional connection with consumers. Instead of scaring viewers away this Halloween, companies turned to humor as a sort of whimsical treat in order to entertain the general audience (though some tricks were involved in the following ads).

Brands from Progressive to Geico put themselves in the spotlight with ads that parodied film classics, while others involved more original plots poking fun at the playful nature of the holiday. Humor was evident among all of the Halloween-themed ads we analyzed, with our Funny metric firing as one of the strongest emotions for each creative. 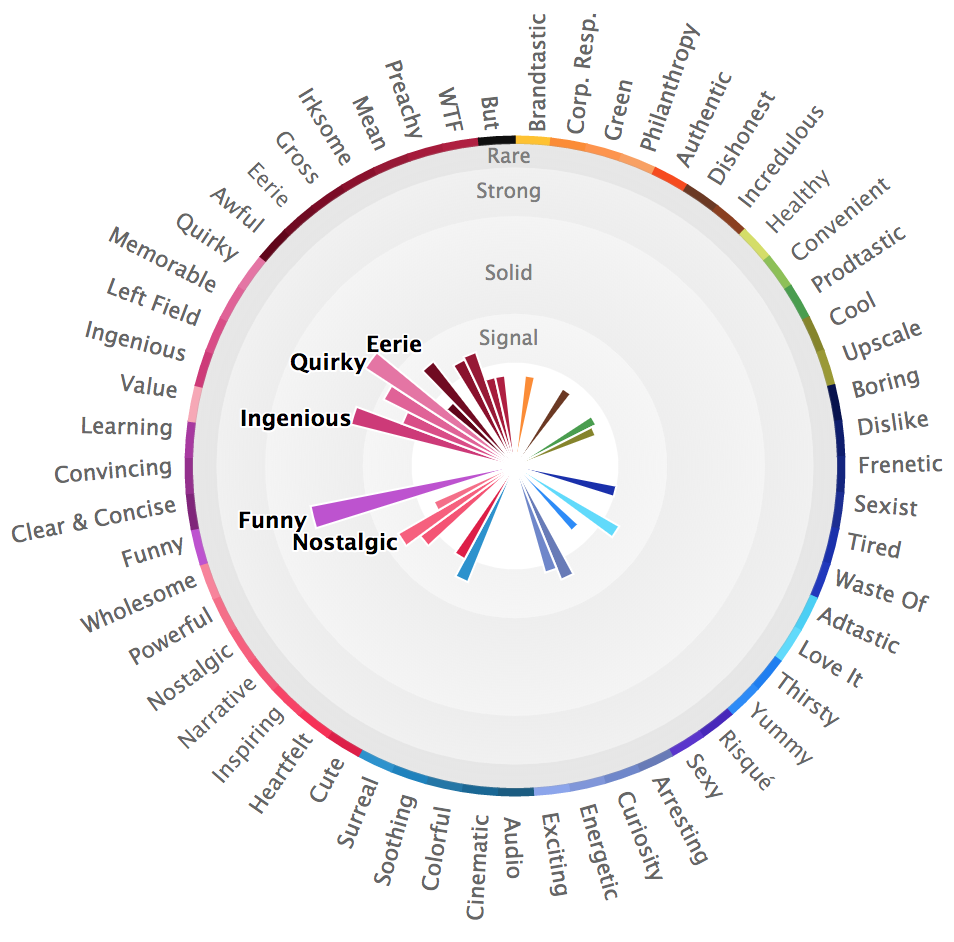 Combined emotional profiling of the top four Funny Halloween ads in the emo plot above displays just how much emotional involvement with the ads stemmed from humor. The more Unconventional metrics like Ingenious and Quirky showed strong indication as well, partly due to the holistically powerful role that the Funny aspects played on the ads.

Beyond humor, some of the Halloween ads tapped into viewers’ hearts through Nostalgia and/or Narratives (storytelling). All of those that created a sense of Nostalgia depicted trick-or-treating scenes, making that Halloween pastime a must for any brands hoping to connect with viewers in such a manner this time of year.

Here’s a closer look at the Funniest Halloween-themed ads from this year:

With a solid Funny score of 6.2, “Just Kidding” was one of the Funniest ads this Halloween season. Ring did a near perfect job of packing an emotional punch while also straightforwardly showing off product features, earning top scores on our quantitative measures and Emo scores. The spot grabbed Attention instantly with its imagery, landing in the top 2% of ads for Attention in the last 30 days. “Just Kidding” was Ring’s funniest ad of the year and its creativity also earned strong Ingenious and Arresting scores. We imagine it will probably influence quite a few smart doorbell users to do the same come Halloween night! 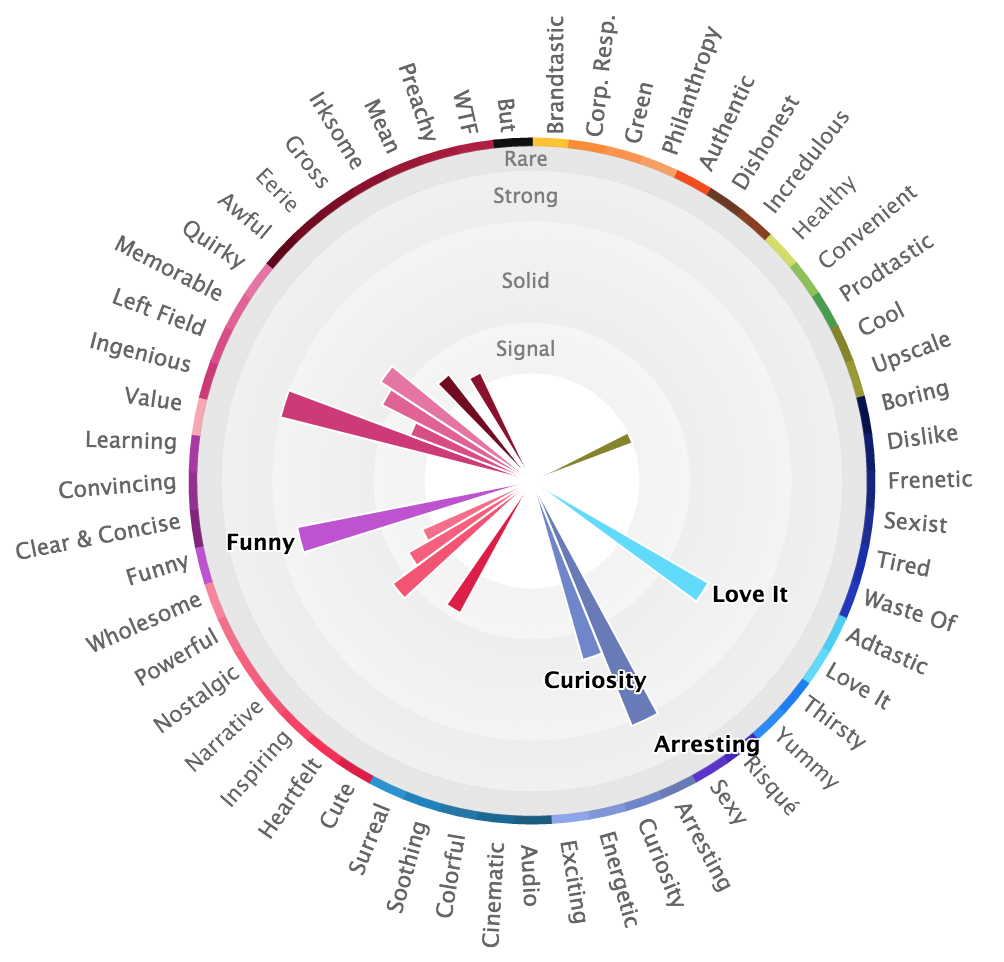 This ad scored a solid 6 on our Funny metric, indicating that viewers really caught on to the humor. At the same time, “The Corning” had hair-raising effects on viewers, ranking as one of the more Eerie ads this season. Progressive pulled off this interesting twist of humor and fright thanks to its inspiration, “Children of the Corn.” As seen in a sample of viewer verbatim comments below, some positive reception came about from this spooky parody:

“i love this ad. the fact that it tries to portray children of the corn and is funny. That’s different and eye catching.” Male 21-35

“I thought is was very clever! I love Flo and using the “Children of the Corn” theme was funny.” Female 50+

“I liked it, I think it was funny. Kind of gives off a Children of the Corn vibe. Perfect for October or around Halloween.” Male 21-35

Also tying in with the end of baseball season, “Trick or Treat” plays on a longstanding MLB rivalry when a Mets-loving homeowner comes face-to-face with a Yankees trick-or-treater. It scored a 4.8 on our Funny metric with viewers, making it the third Funniest Halloween-themed ad.

Nothing goes with Halloween more than candy and trick-or-treating, giving candy brands their time to shine in the advertising world. Therefore, it’s no surprise Butterfinger was able to connect emotionally with viewers, while also bringing attention to its product. In “The Trickery” we see that Butterfingers are not only high demand Halloween treats among humans, but also aliens.

These ads were sprinkled with just the right amount of comedic effect for this year’s Halloween. While several other brands (Dunkin, Party City, Dr. Pepper and Spectrum) incorporated the holiday into recent spots, none were quite as effective as the spots that connected emotionally through humor.

Brands Go Green: Environmental Messages Heat Up Along with the Planet