Nest and Subway take Ad of the Week Honors

Just up the street from our own Corporate Headquarters, this week’s Category Overachiever goes to Silicon Valley-based Nest electronics for “Spycam”, having earned an Ace Score 625, 18% above the electronics category norm and the largest gap to norm of any ad to debut last week. The ad is narrated by the family pooch, who, is not nearly as thrilled with the installation of the new dropcam that now keeps watch over his every move.

The clever use of a dog to narrate achieves strong breakthrough, earning Attention and Likeability scores well above norm. Meanwhile, the furry canine drives product interest through ample information and shots of the stylish camera. Twenty-eight percent of consumers note the dog as the best thing about the ad, followed closely by 20% who said the product was the best thing.

The ad had broad appeal, generating top scores across age and gender but performing best with the 36-49 crowd. Seventy percent of consumers were able to identify the Nest brand after watching the ad. 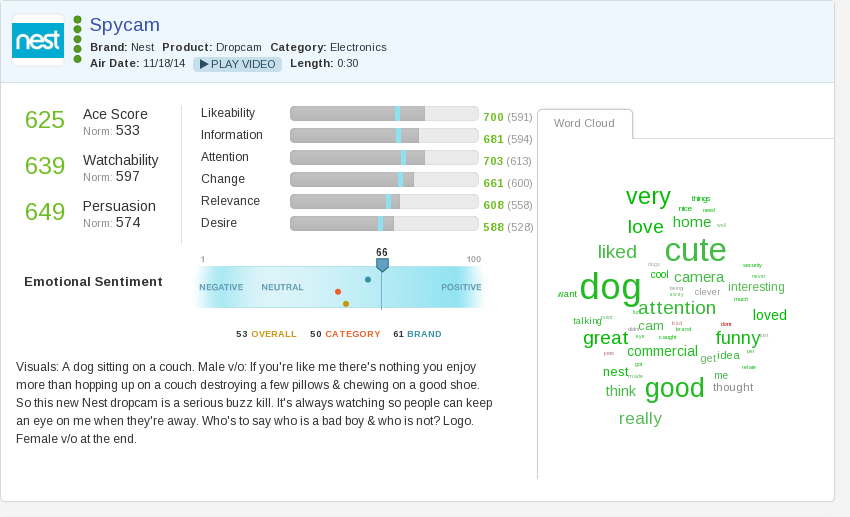 And the winner for the ad with the highest overall Ace Score of the ~100 to debut on television last week is Subway’s holiday themed ad “Cool”, Ace Score 670. Notably the ad also came close to winning the Category Overachiever status as well with an Ace Score 16% above the QSR norm. Amazon’s Fire “More TV” slipped in right between these two ads with an Ace Score of 634, 17.62% (a few tenths of a percent below the Nest ad). 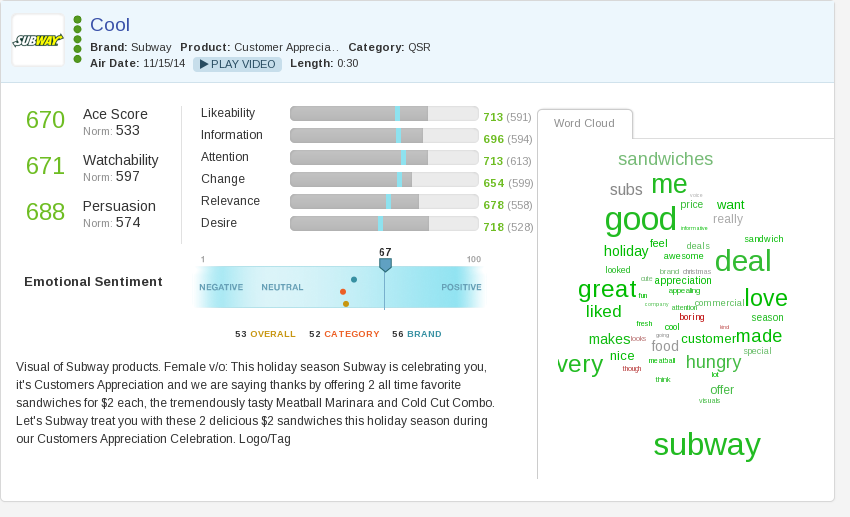 With Thanksgiving and Black Friday looming ahead, we’re excited to see what advertisers have in store for us as the final weeks of the year fly by.