With Easter right around the corner, consumers will soon be stocking up on chocolate bunnies, Cadbury eggs, marshmallow Peeps and other sweet treats. In that same spirit, we’re dedicating this week’s Throwback Thursday to a classic Cadbury ad from 1994.  “Bunny Tryouts” features a parade of bunny wannabes—including a pig, a cat and a turtle—all auditioning for the coveted role of the Cadbury bunny.

Like many ads that engage the audience through humor, “Bunny Tryouts” draws its strength from breakthrough components. The relative strengths of Attention and Likeability are both in the top decile among all ads in the Ace Metrix database. Also skewing high (and landing in the top decile) is Desire. Although, this may not be too surprising for an ad featuring a chocolate-and-cream confection. 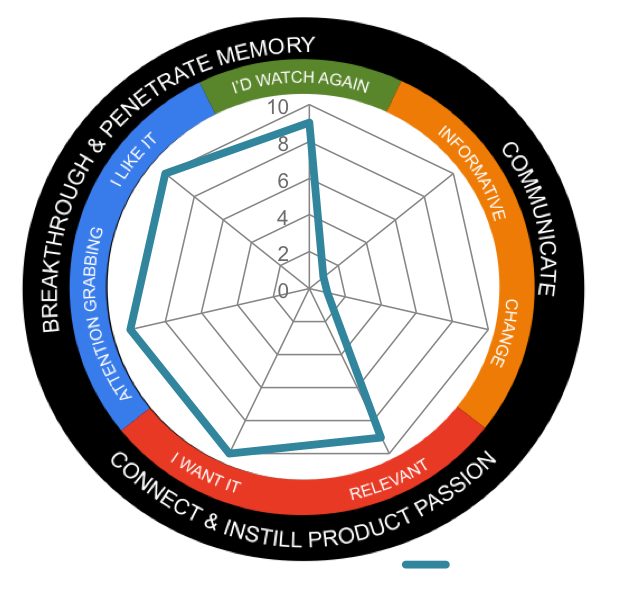 The Cadbury Creme Egg was introduced in 1963. Being a part of Easter memories for more than 50 years has generated a sense of nostalgia for many viewers. In particular, 36-to-49-year-olds rated the ad some 93 points higher than those in the 16-to-20-year-old group. This is significantly wider than the 40-point average gap of all Candy ads that have aired over the past 12 months. 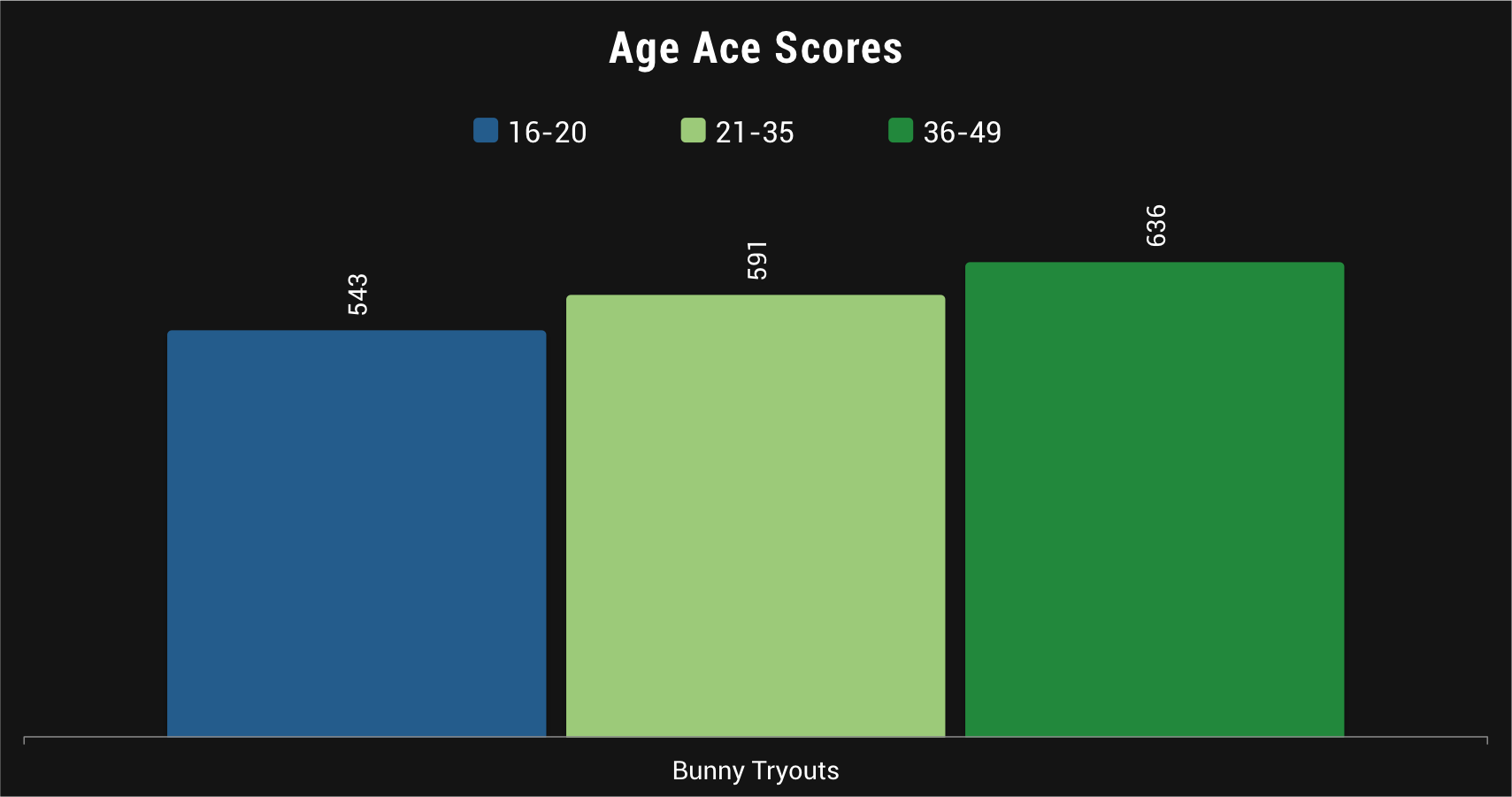 The high Attention score of “Bunny Tryouts” (717 vs. the 90-day category norm of 674) suggests that viewers may remember seeing this ad from when it originally aired more than 20 years ago.  And our survey data suggest that this is certainly the case.  Asked if they recognize the ad, and from where, more than half of all respondents (52%) stated that they remember it from when it was originally on the air.  Only 16% didn’t recognize the ad.  Among 36-to-49 year-olds, 73% remembered the spot when it originally aired vs. just 7% who didn’t recognize the ad.

Do you recognize this ad and if so, from where? 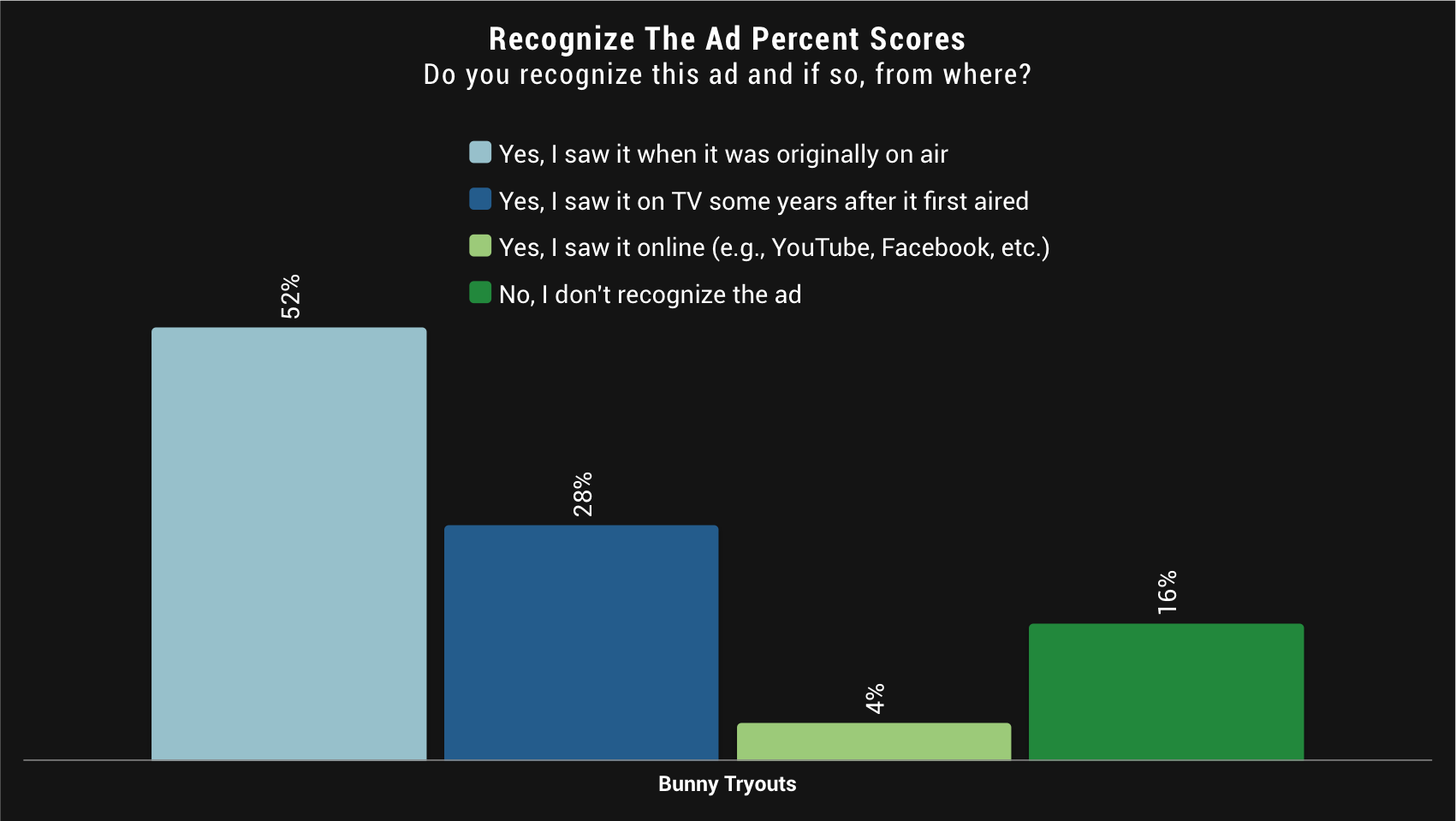 Finally, viewer verbatims underscore the attention-grabbing use of humor and the appealing product message that fueled this ad’s success.  While there are many Easter treats to choose from this holiday season, Cadbury helps us remember that “nobunny knows Easter better than Cadbury”. 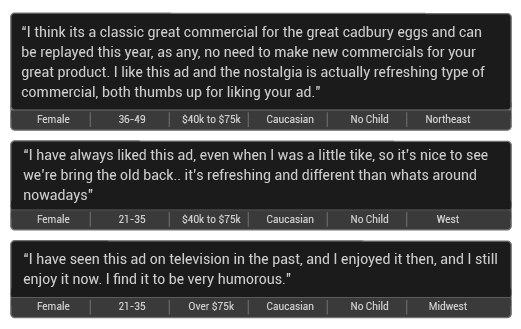 What Consumers Think About (Kevin) Bacon and Eggs