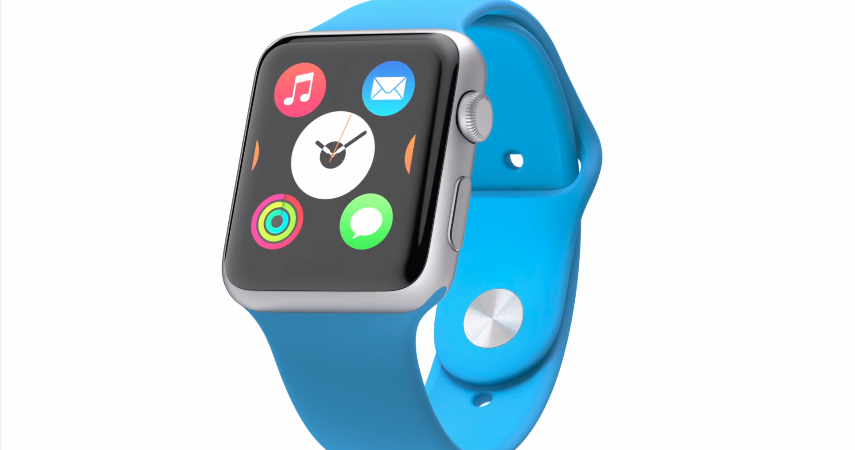 Over the last year, the conversation surrounding smart watches has quickly transitioned from, “What is a smart watch,” to, “Do I want a smart watch and which brand should I get?” With at least a dozen options to choose from, it seems inevitable that smart watches will someday become as commonplace as smart phones. However, while there may be a dozen watches to choose from, according to a new quote from Apple CEO, Tim Cook, the Apple Watch is the only smart watch “that matters.”

Last week, in anticipation of the release of the Apple Watch, Apple debuted “Live Watches,” a 60-second ad that uses intense visuals to convey the beauty and benefits of the new device.

We had 500+ consumers view and take a survey on “Live Watches” to gauge consumer opinion of the ad. The ad earned an Ace Score of 589, with the biggest drivers for its score being Change and Information. While this score is below the 90-day norm for Mobile Devices, across all brands, it is above norm in terms of other Apple Mobile Device ads.

For comparison, we went back through our database to find the first Samsung Galaxy Gear ad. In anticipation of the holiday season, Samsung released “It’s Finally Here” in October 2013. Samsung’s captivating ad was a hit with consumers, earning an Ace Score of 673 (still 9% higher than today’s 90-day norm for Mobile Device ads).

Much like Apple’s new Apple Watch ad, Samsung’s “It’s Finally Here” scored especially well in terms of Information and Change. However, between the two ads—both with the intention of introducing its new smart watch to the masses—each used a different path to engage consumers. Samsung captured the nostalgia of famous watches from popular media while Apple focused on its product’s features and design.

Consumers took notice of Apple’s use of visuals and the watch with 31% indicating that the Apple Watch was the best thing about “Live Watch.” Another 19% selected that it was the ad’s visuals that were the best thing. 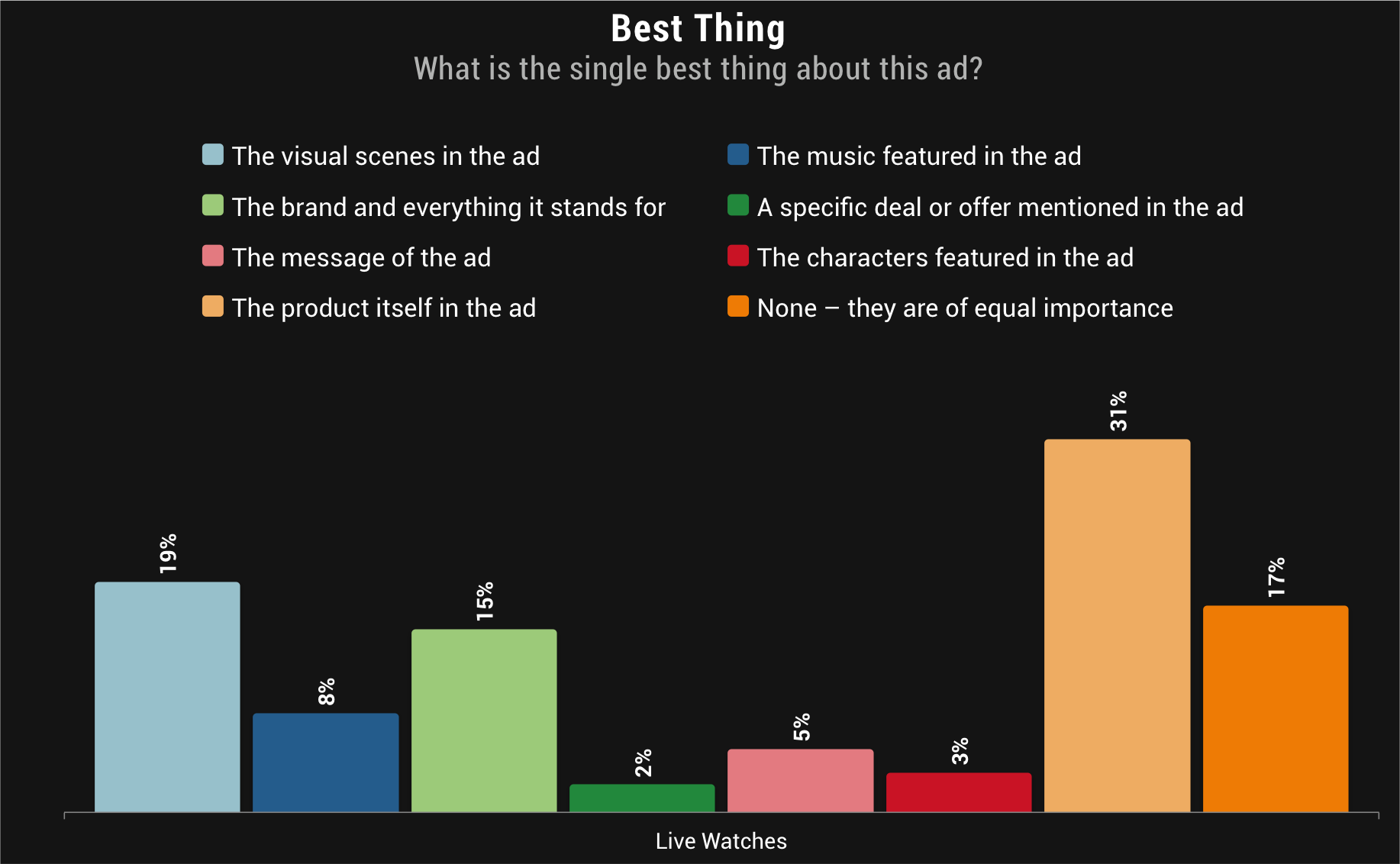 When comparing what consumers liked about Apple’s ad to the Galaxy Gear’s first ad, we can see where nostalgia played a role. Reading the 307 optional comments consumers left for “It’s Finally Here,” 7% talked about the famous “shows” from which the watches came. 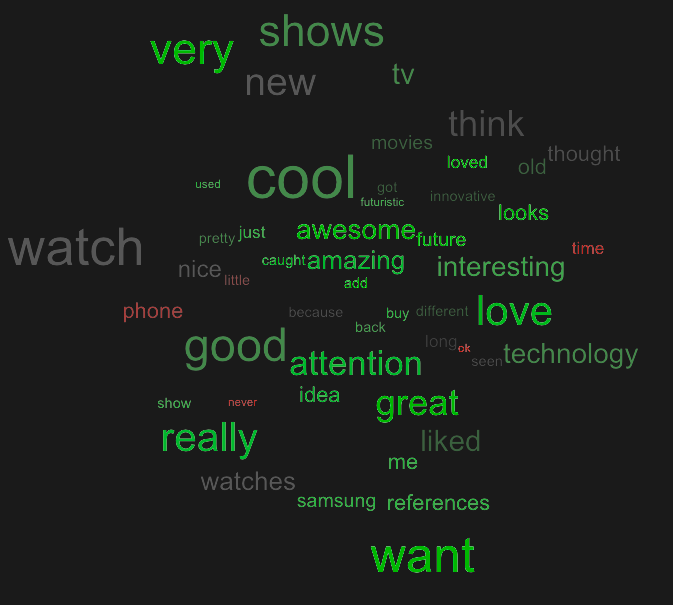 Reading through the verbatims for the two ads individually, it’s interesting to see what has changed since the Galaxy Gear first made its debut. Consumers often talked about how innovative smart watch technology was—which is only reinforced by the creative in Samsung’s ad. 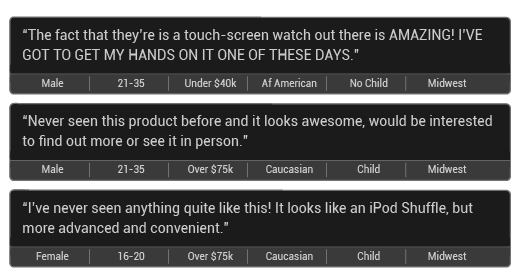 In contrast, among the 345 comments left for Apple’s “Live Watch,” consumers were simply learning more about the watch as well as voicing their opinion on whether or not they have decided to purchase the new Apple-wear. 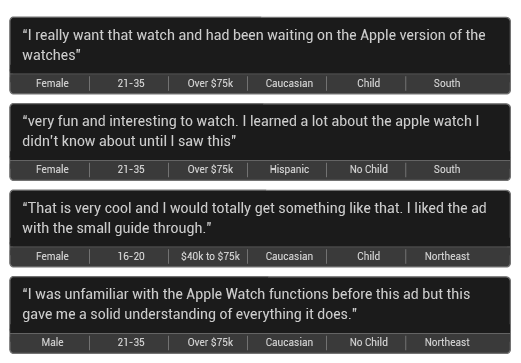 While Samsung has gone on to make over a dozen more ads for the Galaxy Gear, no other smart watch brands have opted to use national TV to advertise its products. We’re interested to see if and when more brands decide that the investment in TV campaigns is worth it.