With the 2020 Super Bowl audience at 100 million people, brands were able to get their message in front of the largest audience with the fewest impressions possible on TV today. But at $5.6M for :30 of airtime, that’s not exactly affordable, and with questions around the ROI/effectiveness of purchasing an in-game spot, are there any alternatives?

Brands have been capitalizing on Super Bowl hype for years via various methods: there’s PETA who creates an ad every year that is guaranteed to get rejected and then gets them the earned coverage they were looking for. There are brands that go with a regional buy to save money but maximize exposure, and there are those who get close to being in the game by buying national spots in the pods just outside the whistles.

Ace Metrix has had the same methodology for evaluating Super Bowl ads since 2010 — those that fall whistle to whistle are eligible for our rankings. We acknowledge that pre- and post-game spots have value, particularly if you get a fourth quarter nail biter like we did this year. So while the following ads don’t fall into our full game coverage, they provide a lot of value and exposure for brands.

Topping the list is Nintendo’s “Daddy’s Assistance” which was a repurposed spot from November. There’s no need to create a fresh ad when you’ve already got one as effective as this. Nintendo integrated the product into a heartwarming father-daughter narrative for a high Breakthrough spot (21% above video game norms) that resulted in strong Desire (+26%) with about 2-in-3 viewers reporting positive purchase intent.

In addition to quantitative measures, “Daddy’s Assistance” was emotionally engaging and elicited signal across most of our Heart metrics save for Cute. Viewers connected most with the Wholesome essence of the father-daughter bond and the message of spending quality time together: 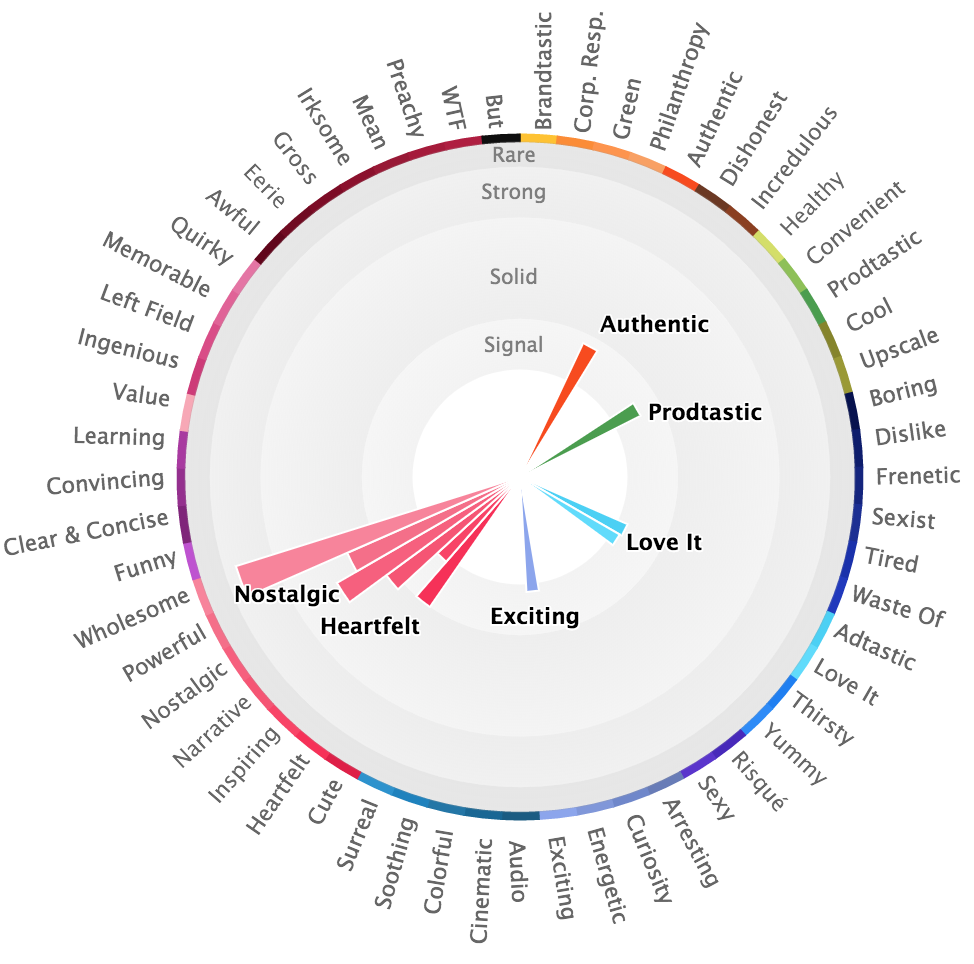 McDonald’s leveraged the influential power of celebrities without the considerable cost of their face time in “Famous Orders.” A strong message conveyed the spectrum of options available, as well as a sense of belonging or acceptance – that “everyone” eats at McDonald’s. Compared to QSR norms, the spot delivered strong Breakthrough in a Relatable manner. The broad array of “celebrity” meals developed interest across a wide audience that drove positive purchase intent among 66% of gen pop viewers.

Following Demi Lovato’s moving National Anthem, Secret carried on the inspirational mood in “The Secret Kicker.” The football theme caught viewers Attention well-above norms. Meanwhile the gender equality Message, named the top Single Best Thing about the ad, contributed to a strong Likeability score. Females resonated with the ad best and formed stronger emotional connections than their male counterparts thanks in part to the relevance of the message: 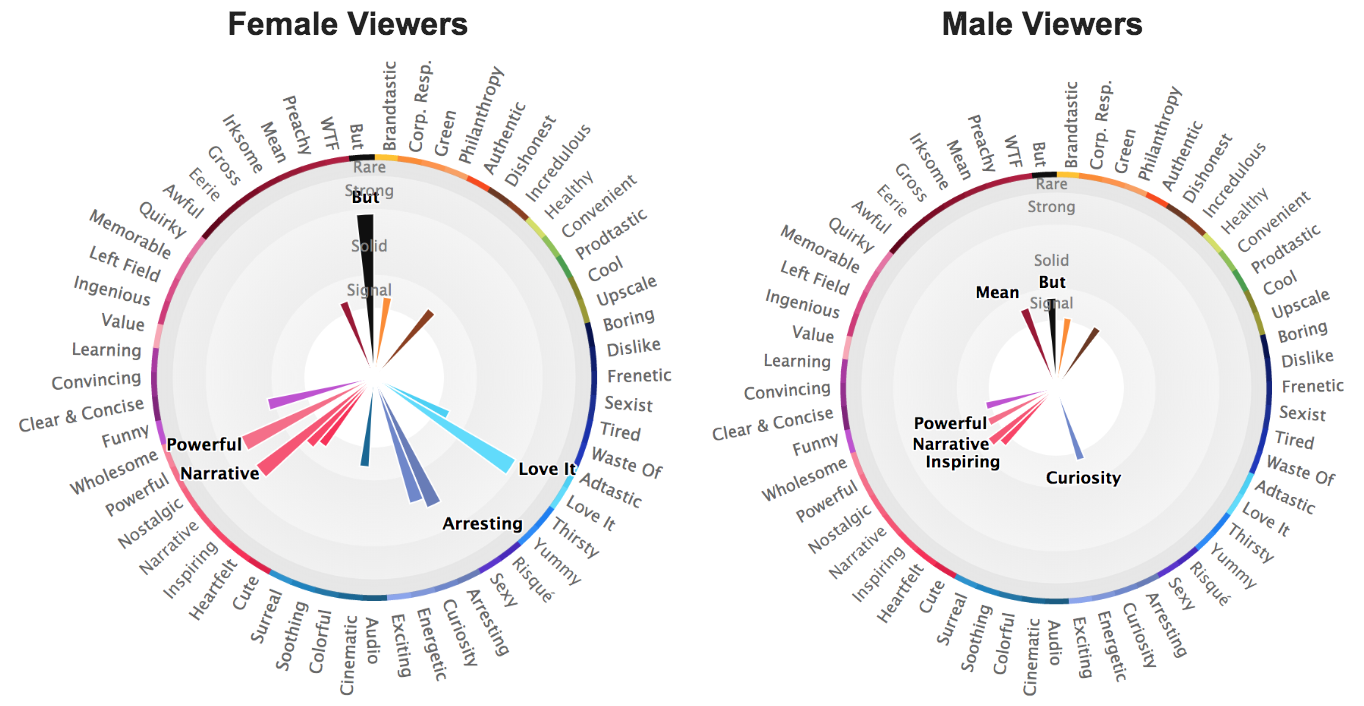 Arguably the most innovative of the pre- and post-game spots, the NFL wove “Super Bowl: Next 100” into the live coverage with the main character delivering the game ball to the referee. Overall, the spot captivated viewers earning strong Likeability and Attention scores – especially impressive considering its length. Viewers recognized the innovation behind the ad with a Change score 12% above brand norms: 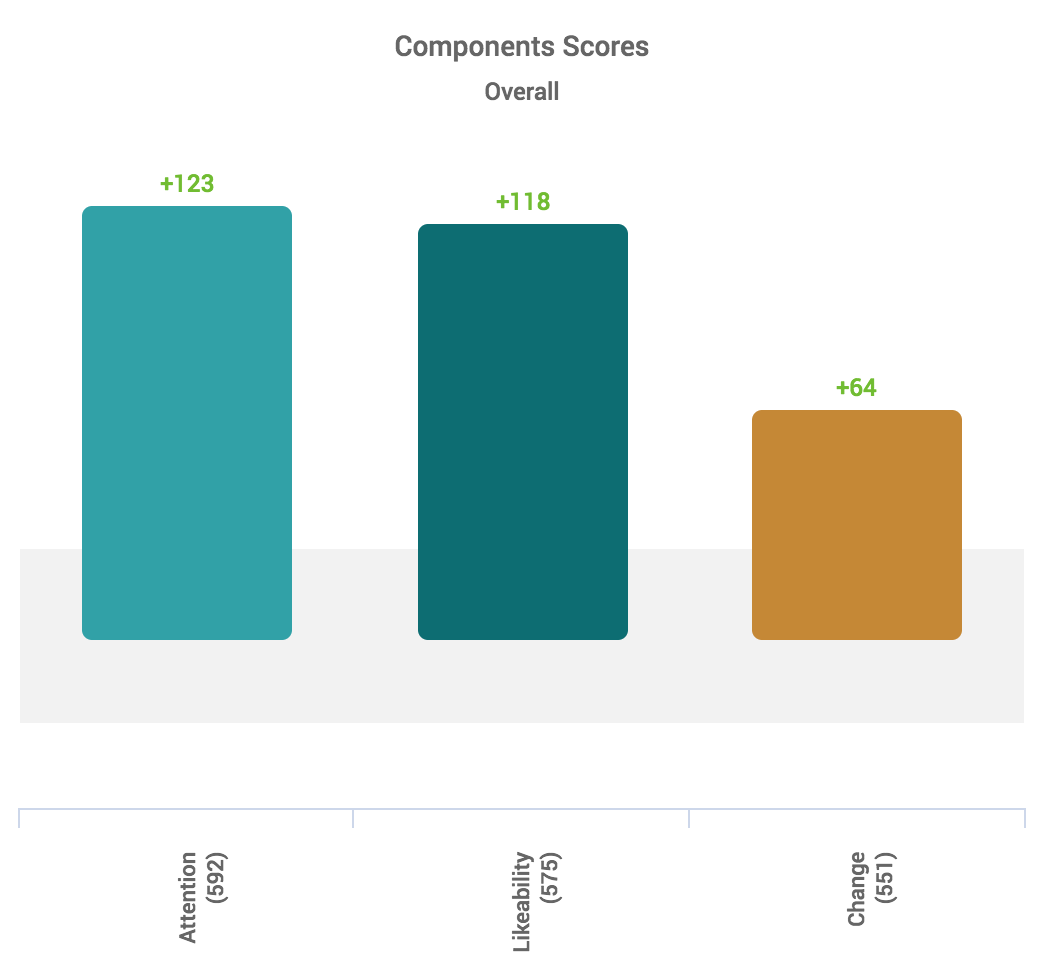 In “A Fancy Whopper,” Burger King makes “fast food haters” unknowingly eat a Whopper in a blind taste test. Viewers felt the Candid-Camera approach was a bit Dishonest and didn’t find the “real people” and the ad itself convincing (Incredulous). This reaction was reflected in an average Desire score and reported positive purchase intent.

In State Farm’s pre-game spot, Jake is “Back in the Office” answering client questions like “What’re you wearing, Jake from State Farm?” The iconic original brand character left his mark becoming a cultural phenomenon, even getting recognition from Urban Dictionary. The new Jake was met with a warm reception, earning a Likeability score 13% above insurance norms. “Back in the Office” was also the funniest of the pre and post-game ads, setting the lighthearted tone we saw throughout the game. 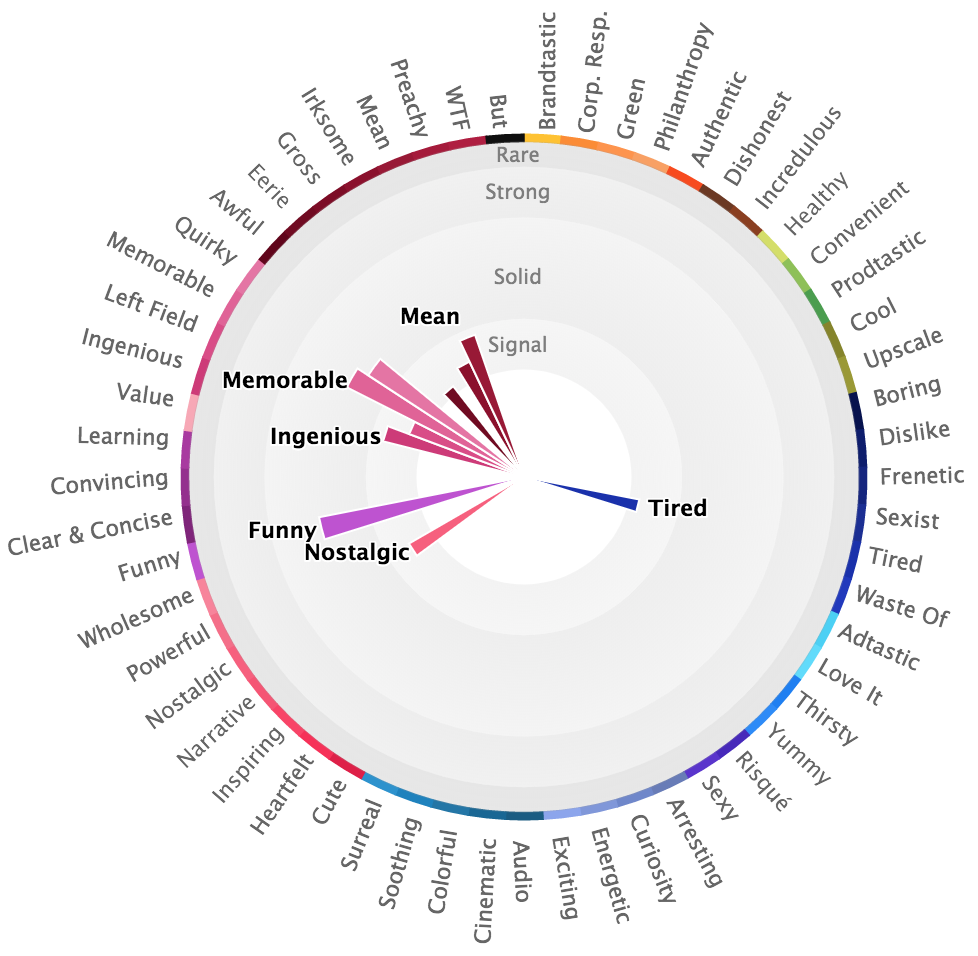 In a league of its own, Trump’s post-game “Stronger, Safer, More Prosperous” came in as the lowest scoring ad from the whole day. Perhaps a testament to how viewers generally feel about political ads, the in-game spots from Trump and Bloomberg, which focused more on real life narratives, were some of the weakest in-game performers. However, they scored significantly above “Stronger, Safer, More Prosperous.”

Viewers perceived the theatrics behind Trump’s post-game spot as Dishonest making it one of the highest scoring ads of all time on that metric. The other two political ads also registered signal on Dishonest, but not to the same degree. It seems viewers have a hard time trusting the boastful nature of political ads.

When it came to changing viewers opinions, Bloomberg and Trump’s in-game spots were equally effective at swaying in a favorable manner. “Stronger, Safer, More Prosperous” trailed behind, with slightly more unfavorable changes vs. favorable: