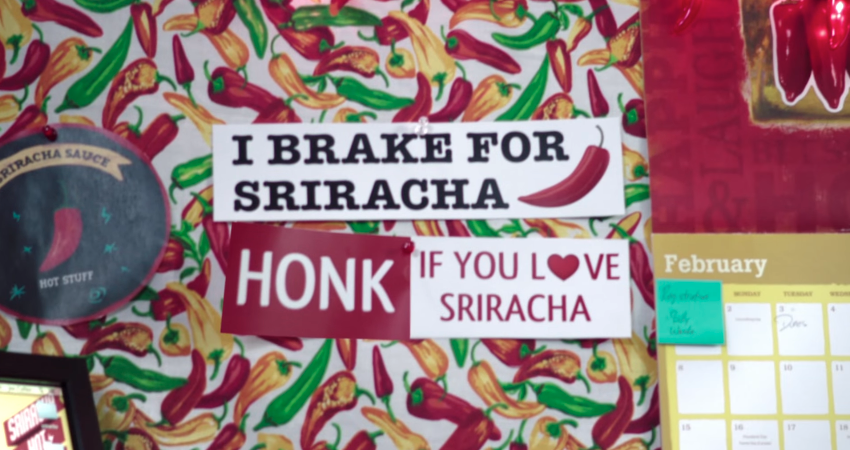 Following in the footsteps of kale and Nutella, Sriracha has become the current “it” ingredient as the talk of social media, finding its way into 9% of US households (Source: NPD Group) and, importantly, into limited time restaurant menu items. Advertisers have taken notice of the rise of Sriracha and have featured their offerings in a variety of recent commercials, including those for Taco Bell, Applebee’s, and Pizza Hut. To better understand the hype, we analyzed the consumer responses for thirteen commercials that mentioned Sriracha.

An interesting general finding was how recognition of Sriracha’s presence in advertising differed based on its prominence within each creative. Pizza Hut and Applebee’s have both advertised Sriracha menu items, but mentions of the ingredient have been fleeting, as seen in the commercial below.

As you can see, the inclusion of Sriracha is brief and immediately followed by mention of another flavor – this approach may be too ephemeral to impact consumers. To gauge the degree to which viewers recognize Sriracha within ads that feature it in a secondary role, we looked at the number of verbatim responses that included the word (and its various misspellings). Only half a percent of viewers mentioned Sriracha (as opposed to “pizza” being mentioned in 33% of Pizza Hut ads, for comparison). So, while it may seem obvious, if using an advertisement to communicate a limited time item, be sure to spend ample time discussing it.

Moving onto advertising that has made Sriracha the focal point, Taco Bell has recently done so with its “Sriracha Quesarito” commercial, viewable below.

Of the remaining viewers who mentioned Sriracha, but without positivity, one quarter disliked the use of the ingredient, while others were neutral or did not specify their feelings. These results help us understand that Sriracha awareness is not quite mainstream, and among those who are aware, it is polarizing to a degree. This observation bears out in the chart below, which breaks down the Ace Score (a holistic measure of creative strength across a variety of dimensions) by emotional reaction. Taco Bell’s “Sriracha Quesarito” scored very high among those who mentioned Sriracha with positive inflection, but the overall score appears to be more in line with those who were neutral.

Two lessons have been learned from this dive into Sriracha advertising. The first is broad in that to communicate a product message it should be the star of the show, fully integrated into the creative narrative. Second, while it is great to capitalize on a craze, be aware that niche ingredients, such as Sriracha, may not have broad appeal and awareness, potentially falling flat with a large portion of the audience. Advertisers are likely aware of this going in and should be sure to target consumers appropriately.

What Does Melty Cheese and a New Running Shoe Have in Common?