Pizza Hut and Duracell Close the Year With High Scores

This week’s Ad of the Week winners both achieved their advertising goals using different methods. Pizza Hut wins the title of Category Overachiever this week for its ability to drive consumer Desire while still holding high scores across other, important advertising components. Coming in with the highest Ace Score from this last week, Duracell’s second new ad of the year is a heartwarming, philanthropic spot.

Pizza Hut has been baking lots of high scoring ads recently. It wasn’t even a month ago that we awarded the pizza brand the highest Ace Score title for its ad “Innovative Pizza.” This week, Pizza Hut is back with an even higher scoring ad. Its latest ad, “New Crust Free,” earned an Ace Score of 682, which is 18% higher than the 12-month QSR norm.

While the 0:30 ad was especially informational—introducing consumers to the new deal and new crusts—the ad really won in terms of Change and Desire. The popular pizza brand has really been on a roll lately with new elements—new recipes, new logo, new ads—and consumers have rewarded the brand with strong scores. This ad earned a Change score of 714, 18% above the QSR Change norm. Likewise, the ad earned an especially high Desire score, 19% above the QSR 90-day norm.

While the word “free” was mentioned several times throughout the ad, it was the delicious pizza that got consumers to say the product was the best thing about the ad. 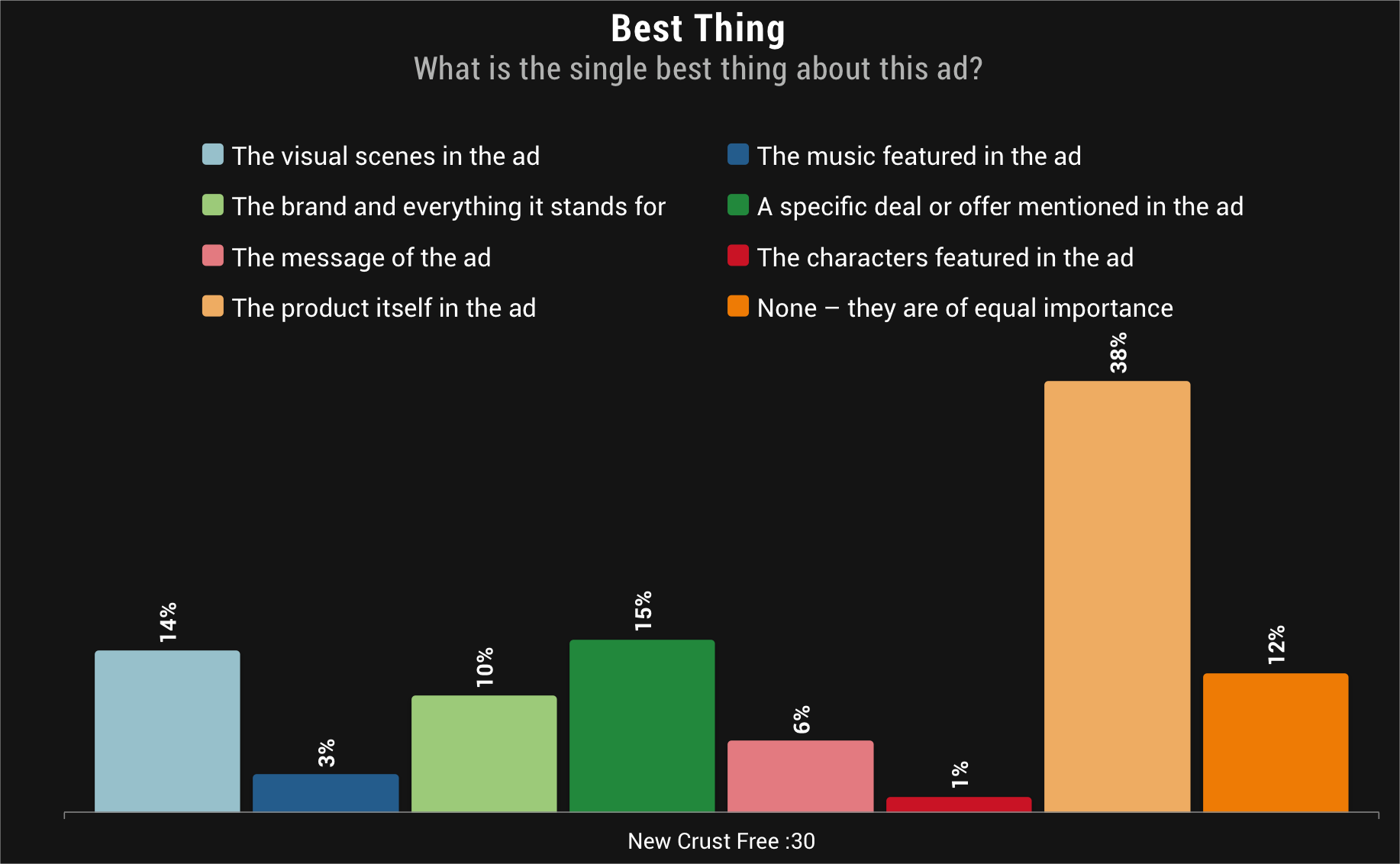 We can also how the product was the winner of the ad by looking at the ad’s 315 optional comments. Nearly a quarter of the responses mention the pizza. Another 7% of consumers said the ad made them “hungry” while 6% said the pizza looked “yummy” and 5% said it looked “delicious.” 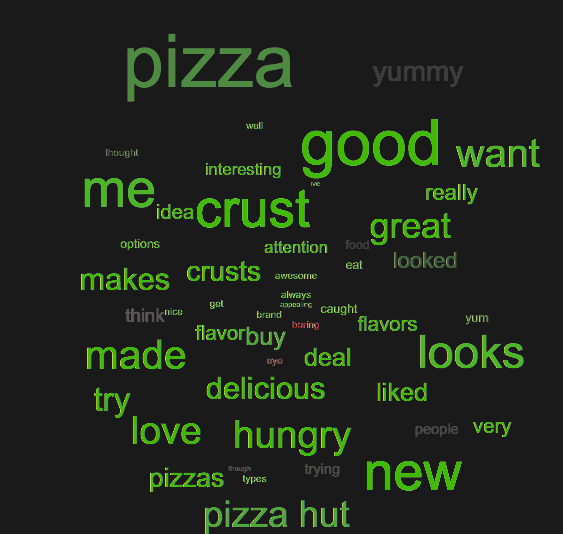 It’s worth noting that Pizza Hut also aired a 0:15 version of “New Free Crust.” The shorter version of the ad still excelled when compared to other QSR ads, delivering on the mouthwatering visuals factor, earning an Ace Score of 647.

Consumers of all ages and genders awarded this ad scores above 600; however, males ages 36-49 gave the ad its highest score, 739, 8% above the ad’s overall Ace Score. 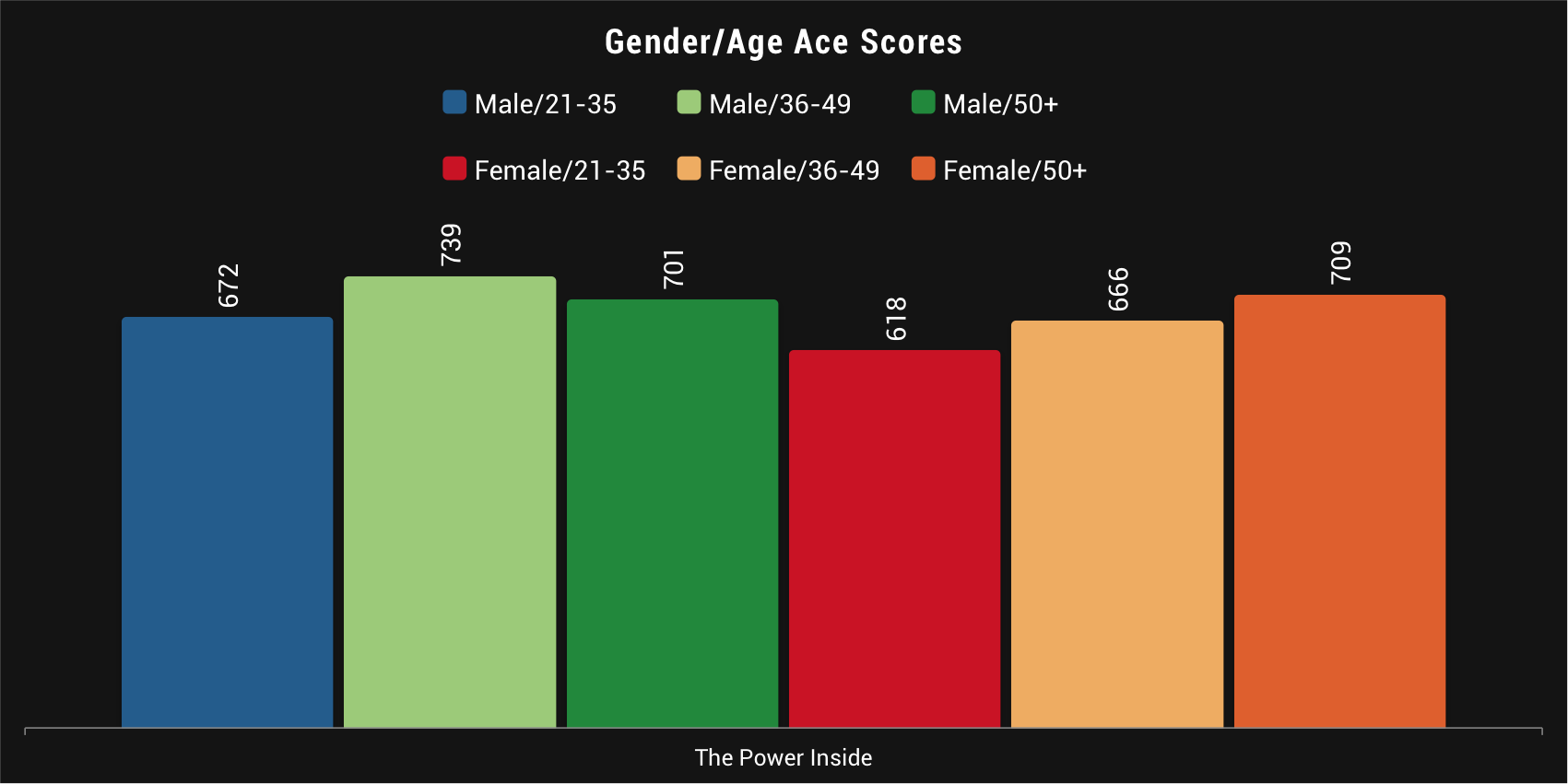 While there are only a handful of battery ads from this year, “The Power Inside” still managed to break each of the norms. The ad especially excelled in garnering consumer Attention and Likeability, each coming in well above 700.

Consumers’ optional comments add a bit of flavor to the ad’s analytical analysis. Many people noted that they have had first-hand experience with natural disasters and appreciated Duracell’s philanthropic efforts. This well-branded ad gave consumers another reason to love buying Duracell batteries. 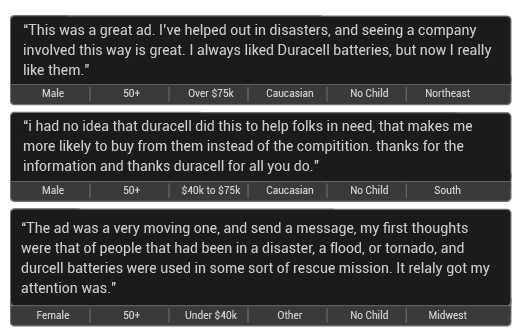 2014 Brands of the Year Revealed