It’s fitting that right before Christmas, two holiday spots should rise above the rest for the second to last Ad of the Week of this year. Budweiser brought out the Clydesdales one last time this year to trot in as this week’s Category Overachiever. Meanwhile, Apple’s much-talked-about and heartwarming holiday ad earned the highest Ace Score of any ad to debut last week.

Budweiser’s Clydesdales often bring in high Ace Scores for the American beer brand; and this new ad is no different. Consumers awarded Budweiser’s holiday spot, “Clydesdale Surprise,” an Ace Score of 589, which is 15.2% higher than the 12-month Beer category norm. For the making of this 0:30 ad, Budweiser partnered with the car service Lyft to transport holiday drinkers in an unexpected fashion.

While non-beer drinkers (a large portion of this ad’s 500-person sample) only awarded the ad an Ace Score of 476, this is still an impressive 34% above the YTD non-beer drinker norm—helping contribute to this ad’s overall high Ace Score. While these non-drinkers are not the target market for Budweiser, they still appreciated the responsibility and message of the delightful spot. 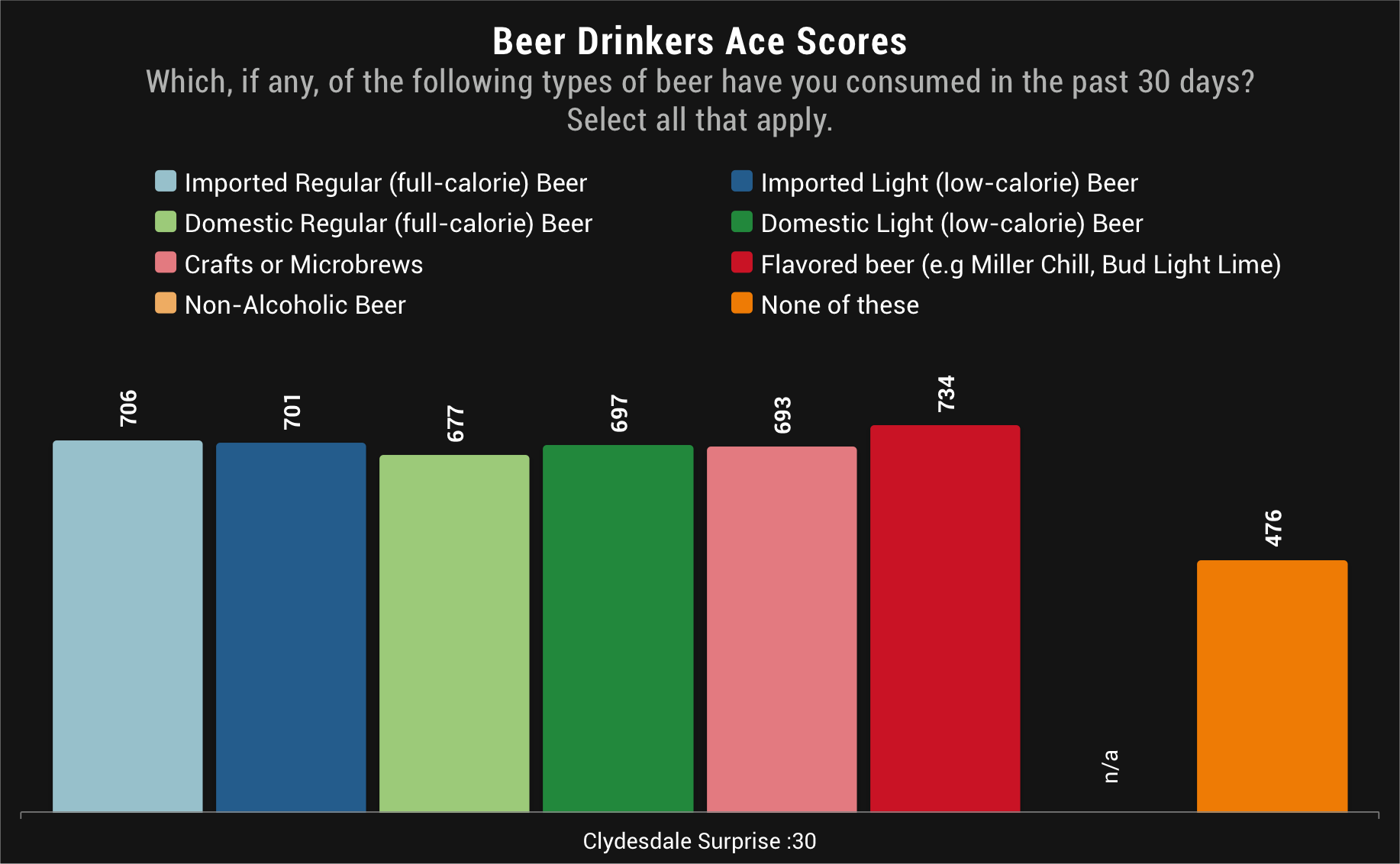 In fact, beer drinkers and non-beer drinkers alike loved seeing Budweiser’s beautiful horses; 13% of the 393 consumers to leave optional feedback even mentioned the prancing steeds. Another 10% also used the word “love” to describe their affection for the horses as well as the ad’s message and brand. 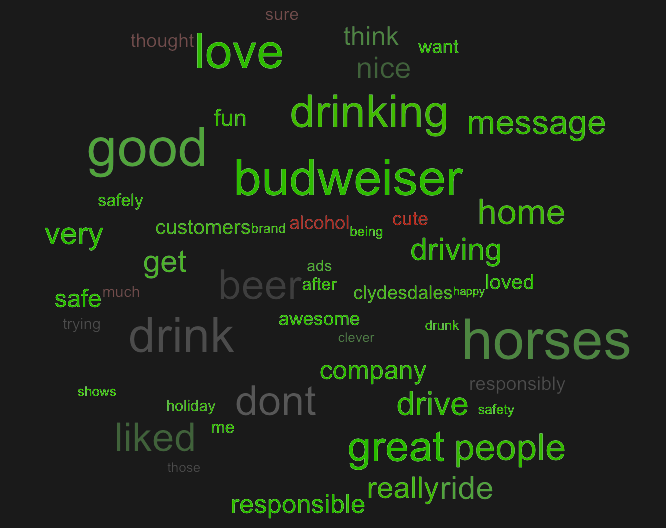 While Budweiser only canters out the Clydesdales once or twice a year, they always put on a beautiful show. The horses, coupled with the brand’s meaningful and important message, helped the much-loved beer brand achieve a stand-out performance in its holiday spot.

Last year, Apple’s holiday ad, “Misunderstood,” caused lots of conversations about the role of technology in our lives—especially among teenagers. This year’s holiday Apple ad also explores that same topic—how can technology enrich our lives in a meaningful way. “Duet,” starring a young girl women makes a heartfelt present for her grandmother, earned an Ace Score of 628, the highest Ace Score of any ad to debut last week.

While younger men may have thought Apple’s holiday spot was a little too sappy, women ages 21-35 and 36-49 loved the ad, awarding it Ace Scores of 689 and 709, respectfully. 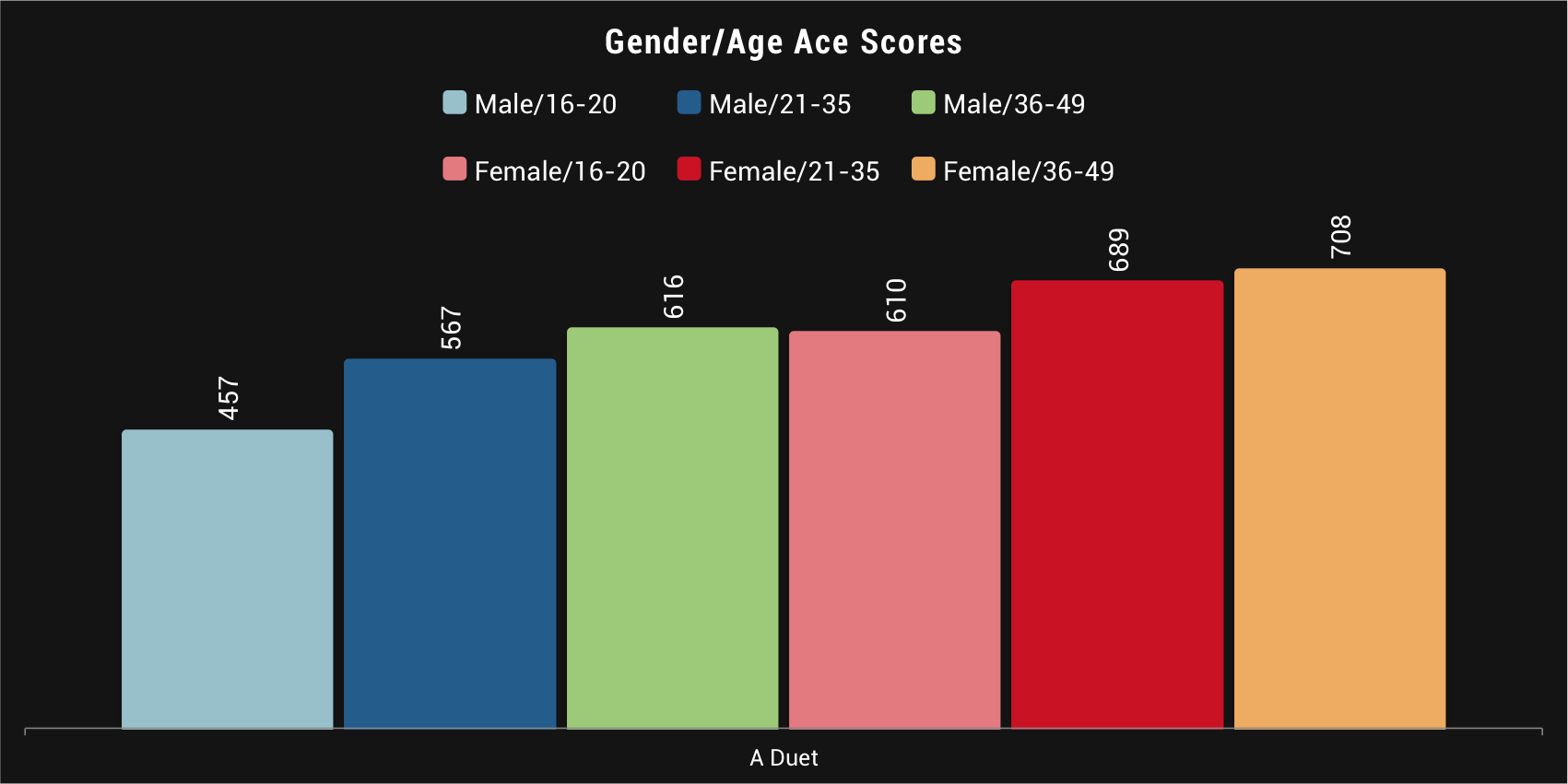 Overall, the ad achieved its high Ace Score from its exceptional scores in Likeability and Relevance. With 28% of consumers indicating that the ad’s message was the best thing about it, the ad achieved a Likeability score 13% above the Hardware 90-day norm. Likewise, consumers found the ad extremely relevant, awarding it a Relevance score of 651, also 13% above the norm.

From the word cloud below, we can see that many consumers had especially strong reactions to the ad, using the word “very” in 15% of their optional responses. 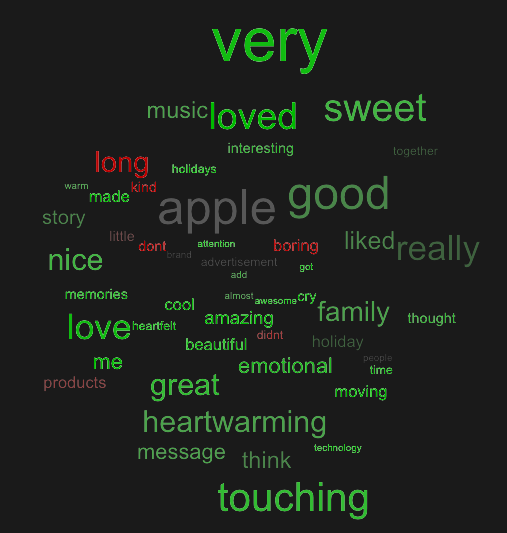 With Apple hitting the high notes again with their latest holiday spot, we’re looking forward to what the big technology brand comes out with in the new year.

Pizza Hut and Duracell Close the Year With High Scores