Q3’s Most Powerful, Most Inspiring and Funniest Ads

We normally acknowledge the Top Breakthrough Ads of each quarter. However, given the significance of emotions in advertising, we wanted to highlight brands that go beyond entertaining or informing to make us feel something. After all, it’s those unique emotional connections that form lasting bonds between brands and consumers.

Ace Metrix data scientists developed a groundbreaking approach that measures 57 different reactions/emotions in ads, such as heartfelt, nostalgia, humor, authenticity, preachy, sexist, boring. The methodology is based on deep Natural Language Processing and machine learning analysis of hundreds of viewer reactions to every ad — in their own words. Every emotion is evaluated relative to all other ads in our database to determine if an ad is missing the mark, mildly successful, or hitting it out of the park for each sentiment.

Some of the following ads rank in the 99th percentile for the listed emotion/reaction. At a time where advertising has to go beyond simply entertaining and actually make an emotional connection, these brands achieved great success in Q3.

Fewer than 12% of all ads in our database spark this reaction from viewers, and these ads are more powerful than 97% of those. A strong message is the foundation of any ad that fires signal for “Powerful,” as viewer responses include phrases such as: “a real sucker for,” “bold message,” “extremely powerful message,” “liked her message,” and “meaningful message.”

Dawn’s “Dawn Helps Clean Wildlife” is the top breakthrough ad of Q3, receiving scores of Attention and Likeability achieved by less than 1% of all ads. On top of that, the tough-on-grease message drove Desire and earned the ad the highest positive purchase intent. As shown in the ad personality chart below, viewers learned something new about Chick-fil-A in “Rewarding Service” that left a positive impression in viewers’ minds. 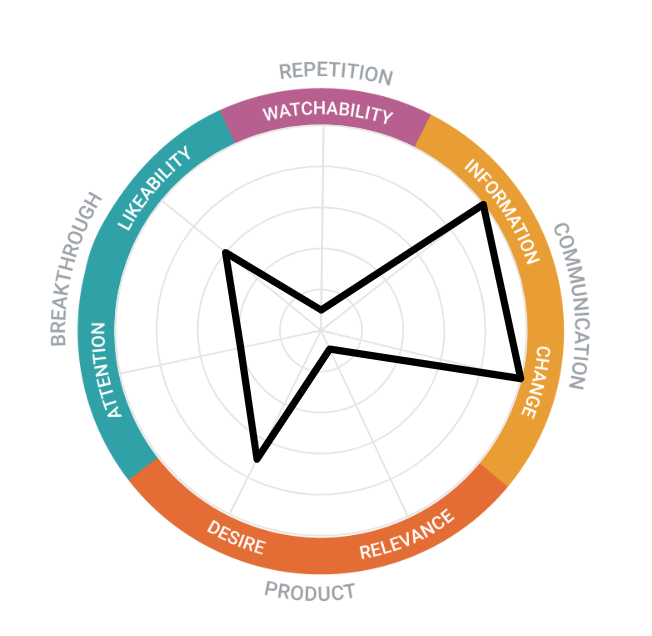 As the “maker of the hardest working vehicles,” Ford saluted the hardest working people in a Labor Day ad that pulled heartstrings in lieu of promoting sales for the holiday. The message made an emotional impact on viewers, who found it “heartfelt,” “inspiring” and “authentic.” The “authenticity” Ford achieved signals that viewers thought the message was genuine and aligned well with the company.

The most powerful part of FedEx’s “Tortoise & Hare” was the moving storytelling that captured the essence of receiving a package. It earned the title of Best Storytelling Ad of Q3 and reached quintessential rankings for our narrative emo, represented in the emo plot below.

Inspiring ads are far and few between, as less than 9% of all ads register any signal for this emotion. Similar to “Powerful” ads, the message is often what drives the “Inspiring” emotion, but characters (i.e. a particular athlete) and visual scenes also help to stir up the feeling within viewers. Stories about facing adversity to achieve one’s dreams evoke comments from viewers that include the following phrases and words: “courageous,” “dream can come true,” “empowering!,” “inspiration,” “no matter disability,” and “their goal.” Of those that inspire, the ads on this list rank in the 95th percentile and above.

Strayer University leveraged Queen Latifah’s commencement speech to focus on a milestone event that’s aspirational for many. The celebrity appearance from Queen Latifah grabbed Attention and built credibility for the brand, while her words illustrated the emotions that lead up to such a life-changing event.

The first of Nike’s ads focuses solely on Serena Williams’ career and really develops her personal success story. Serena’s background worked well with the message making it hard for viewers to decide between the two when naming the Single Best Thing about the ad.

“Dream Crazy” pulls inspiration from a number of athletes and features Colin Kaepernick as the narrator. Due to the controversy that surrounds Kaepernick’s personal brand, this ad became one of the most talked about campaigns in recent times, even before its official release. However, our data shows the ad wasn’t as polarizing as social media backlash suggested because the creative execution delivered a powerfully moving message many viewers connected with.

Leading up to Hurricane Florence, State Farm promoted its disaster relief efforts and left viewers with the idea that “Human Nature > Nature.” The imagery tied together with the message reminded viewers of how insurance companies help those in times of need.

With about 25% of all ads going for laughs, or at least a chuckle, funny is one of the most common emotions triggered in advertising. As a result of its polarizing nature, humor is one of the more challenging ones to get right, especially with a broad audience. Viewer responses include words and phrases such as: “chuckled,” “cracked me up!,” “extremely funny,” “genuinely laughed out loud,” “hahah!,” “hilarious,” “lmaooo,” and “quite humourous.” These ads represent the funniest of all the funny ads:

Southwest’s “Get Away” achieved “Rare Air” levels of funny. As the most Likeable and least polarizing among the top 5, Southwest found the humor sweet spot that’s universally appealing.

Southwest “Get Away :15” Polarity Chart 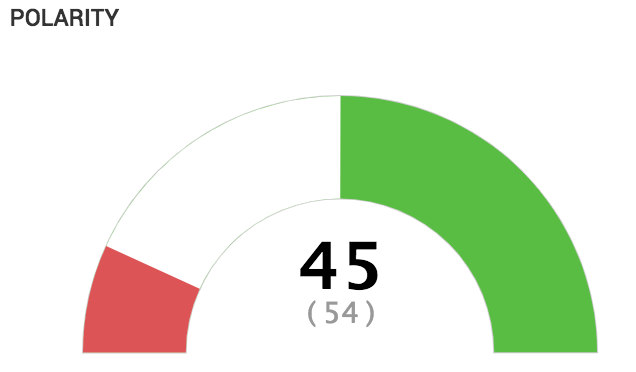 In an unconventional manner, Gain boasted its detergent’s freshness in “Dad Wins.” Ore Ida developed an “ethical” technique for parents to convince their kids to eat the less-than-desirable veggies on their plate. Both brands used wholesome humor that was geared towards parents, but in the end also resonated well with those without children.

While the days of sexual innuendos in ads are numbered, Jack-in-the-Box pulled off a stunt that showed there’s still laughs to earn in this arena. Though it was risky, “Jack’s Bowls” delivered information about a new product in an Attention-grabbing and Likeable manner that many viewers found funny, despite social media backlash. In fact, it’s among the top ten funniest ads of 2018 so far.

“I love this commercial and all the backlash it got. Jack is a great character and I love how the company jokes around. Funny ads like this are what people can relate to and they seem more honest.” Male, 21-35

“THAT WAS FUNNY! I THOUGHT HE SAID BALLS AT FIRST. I THINK YOU SHOULD MAKE THE BRAND NAME A BIT MORE OBVIOUS AT THE END OR SOMETHING,BECAUSE I LOVED THE AD,BUT DIDN’T NOTICE THE BRAND ,OTHER THAN TERIYAKI BOWLS .” Female, 21-35

“I thought it was a lighthearted ad that cleverly used “bowl” to get their message across. It was memorable and it showcased their new product in a funny way.” Female, 36-49

“bowls…slapstick humor is still funny! I was also surprised by how it ended-that almost made it funnier.” Female, 21-35

“It was amazing it was funny and intriguing at the same time keep it up jack in the box” Female, 16-20

All of the above ads that ranked in the 99th percentile for their given emotion earned “Rare Air” status, as the strength of their emotional connection with viewers is unsurpassed. Even those in the 95th percentile and above achieved powerful levels of impact that stand out from most ads. Congrats to the brands on each list!