Samsung Charges and Nike Zooms to the Top

It is no wonder Samsung nabbed this week’s “Highest Ace Score” prize, as their new ad, “Wireless Charging” features something people have certainly been waiting for – a wireless charger for Samsung smartphones. The new spot earned an average Ace Score of 681, the highest of all ads that debuted in the 26th week of the year.

“Wireless Charging” scored well across all components, but was particularly product driven, scoring highly in both Relevance (697) and Desire (708). Additionally, the ad scored well in Information (685), successfully communicating Samsung’s intended message to consumers. 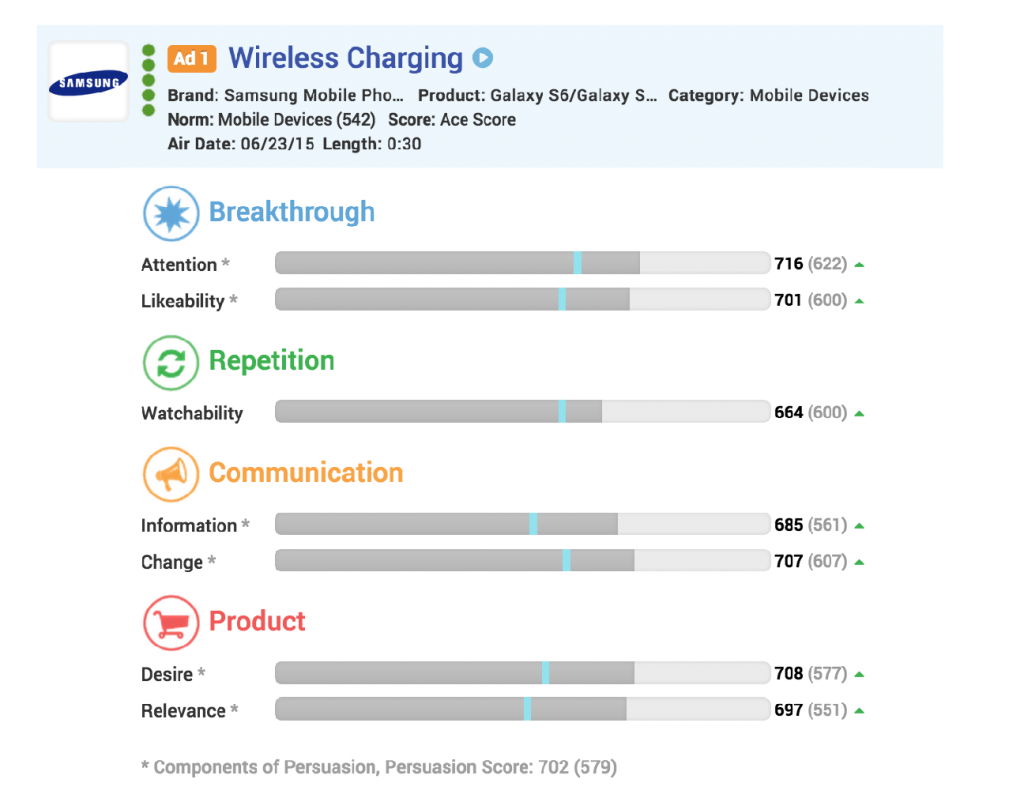 When asked what the best thing about the ad was, 43 percent of viewers said, unsurprisingly, that it was the product itself. 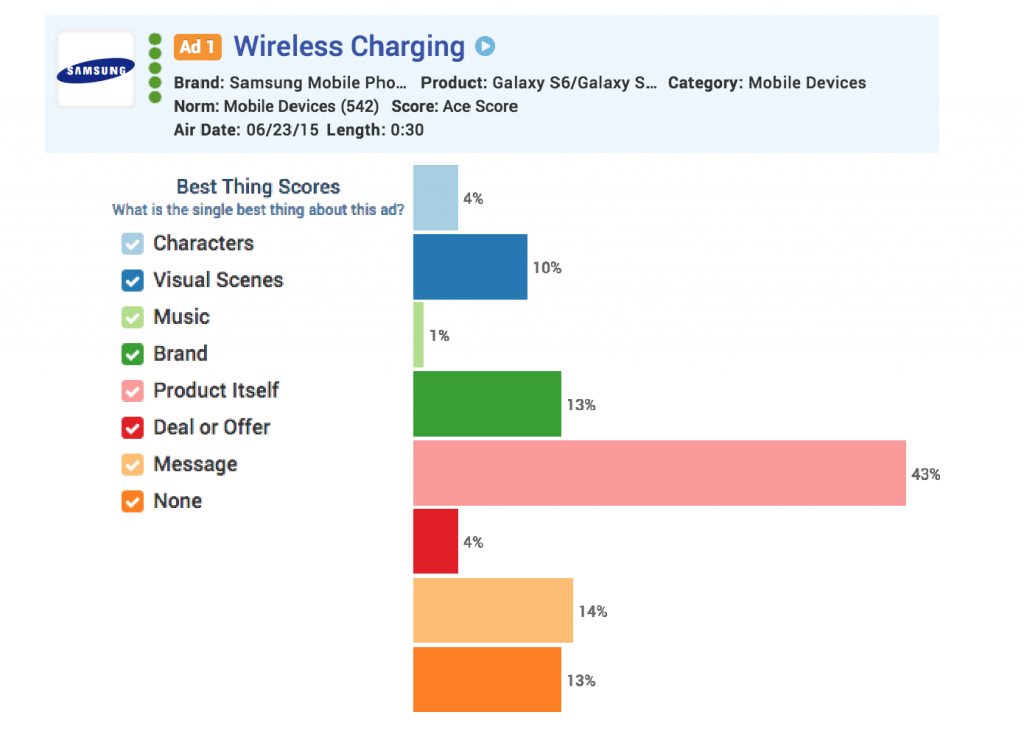 Additionally, out of the 330 optional verbatim responses left for the ad, 18 percent mentioned “charger” and “charging” and 10 percent used “wireless,” suggesting that the true power of the ad originated from the wireless charger itself. 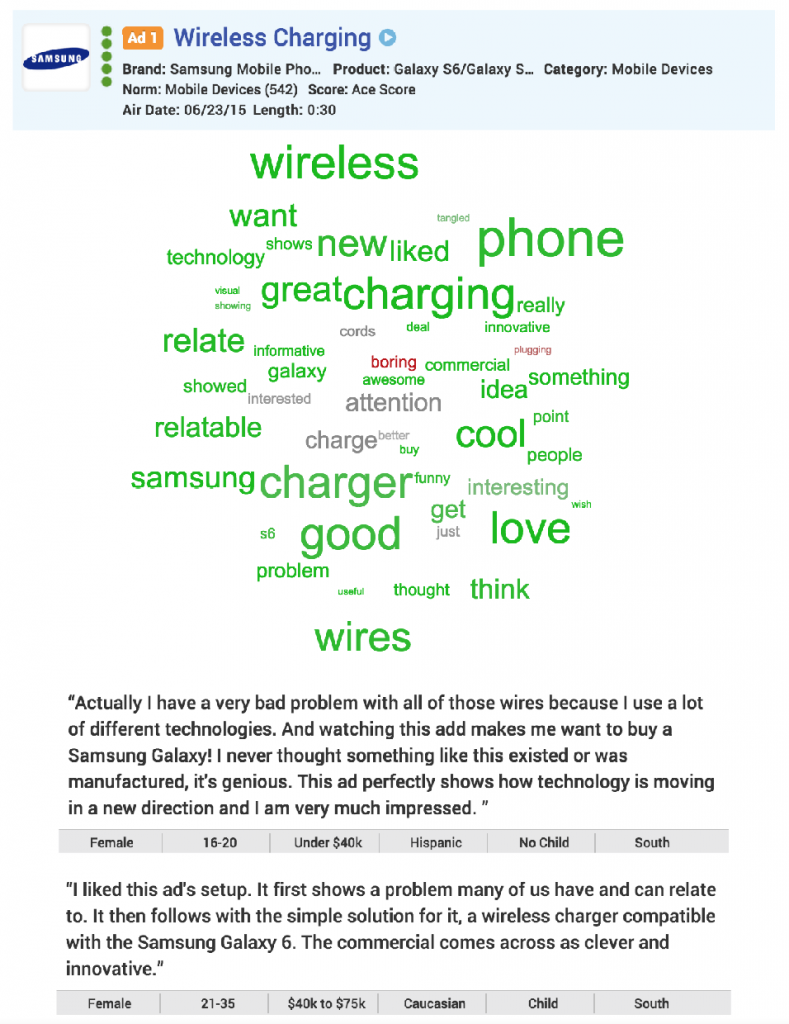 “Find Your Fast” was powered by both Attention and Desire, scoring a 703 and 631 respectively. The ad also scored well in Information (630), an interesting result, as the ad featured no spoken audio. 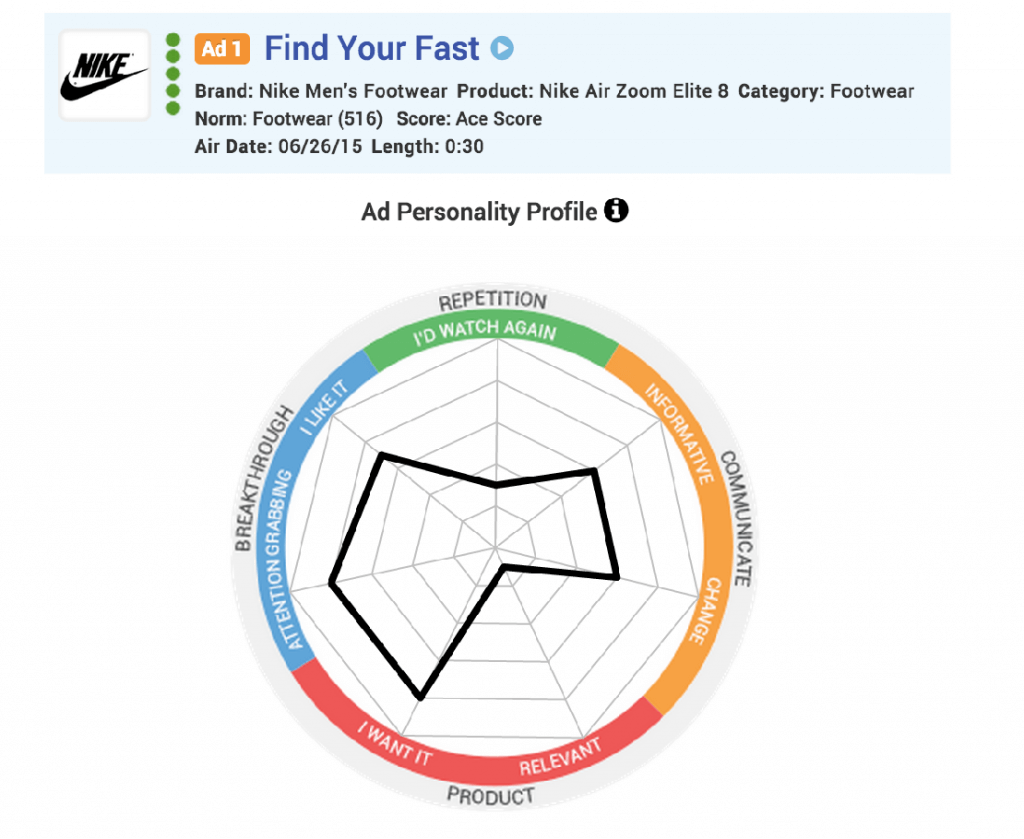 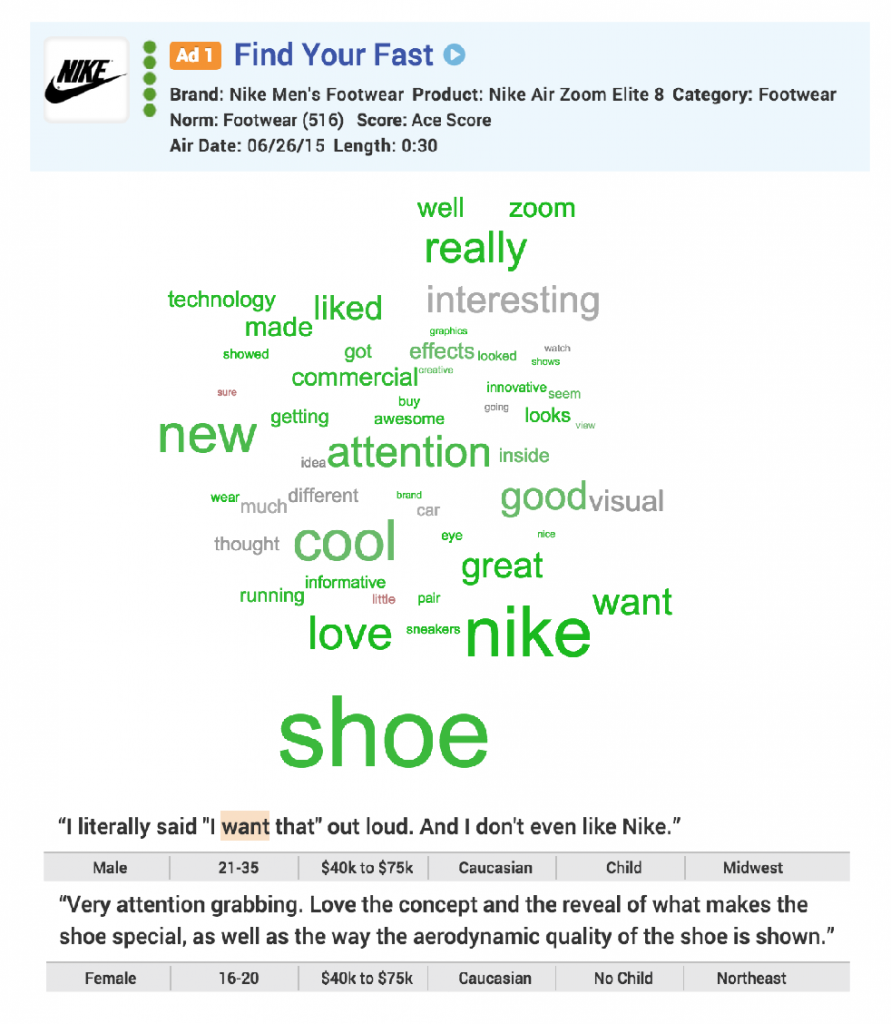 The “Best Thing” about the ad, according to 31 percent of respondents, was the visual scenes, followed closely by the product itself (27 percent). 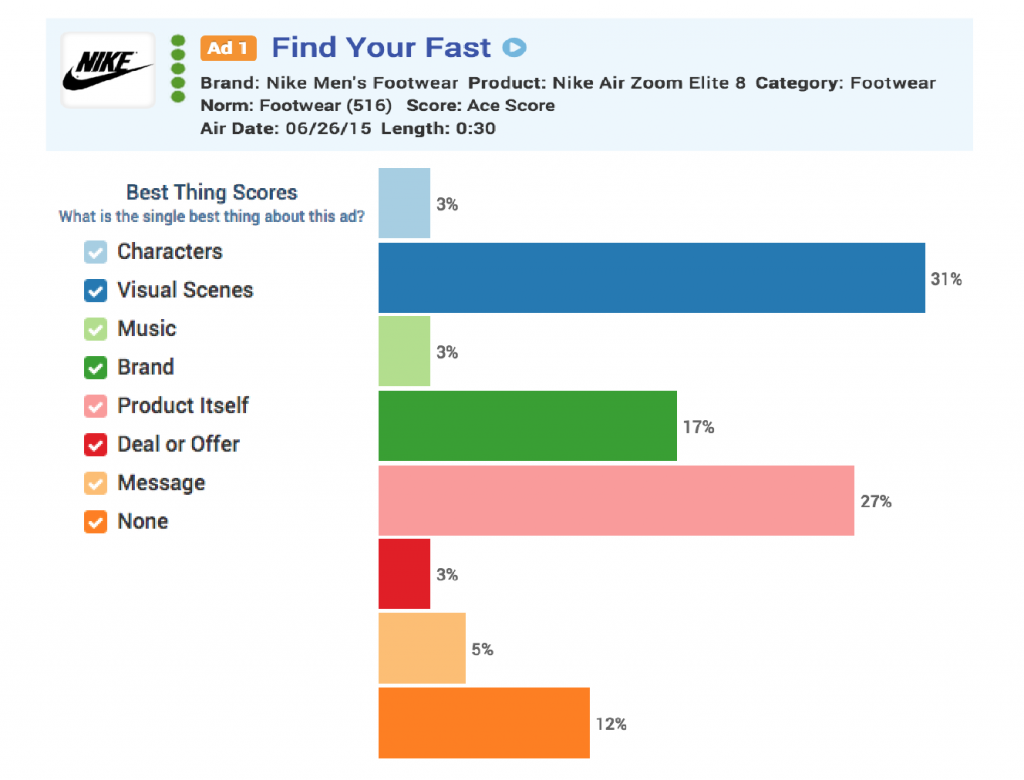 Product Information and Innovation Delight Consumers in the Second Quarter