In the midst of summer, it is no surprise that the top ads of the week feature some of our favorite summer activities, from barbecuing with family, to dance competitions. Kraft earns the highest Ace Score title with their BBQ sauce featured ad, while Walgreens wins Category Overachiever for their cute dance competition spot.

Kraft snagged the top prize this week with their mouthwatering new ad “Made of Simple Ingredients” featuring their Barbecue Sauce.

“Made of Simple Ingredients” scored a 634 overall Ace Score, and, unsurprisingly, Relevance and Desire drove the ad’s success. 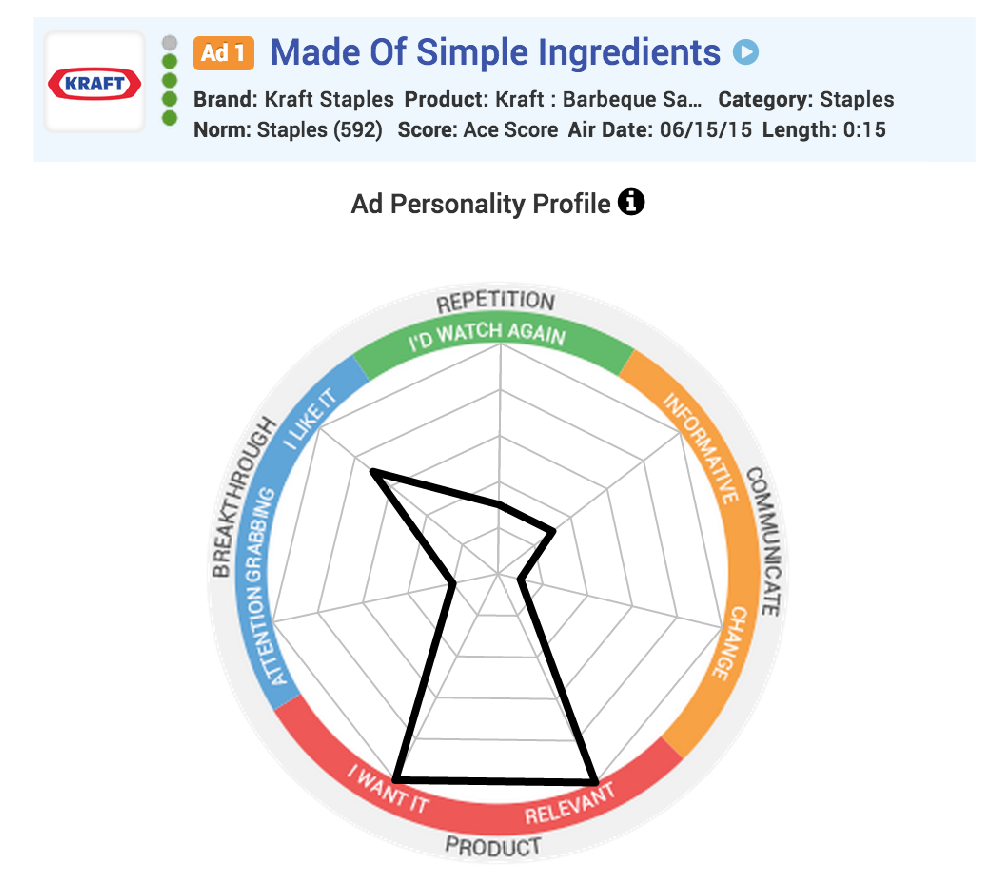 Interestingly, the ad scored 14 percent higher among women aged 50 years and older than any other demographic. This might have something to do with the family focus featured in the ad. 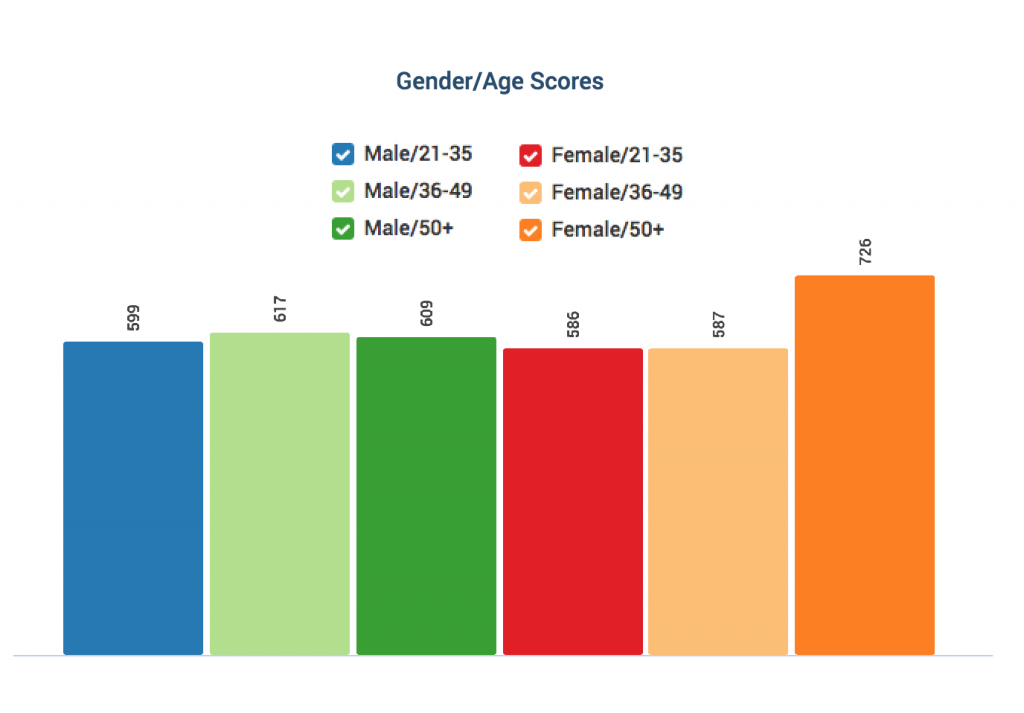 When asked what the best thing about the ad was, 26 percent said it was the product itself, and 25 percent highlighted the visual scenes. 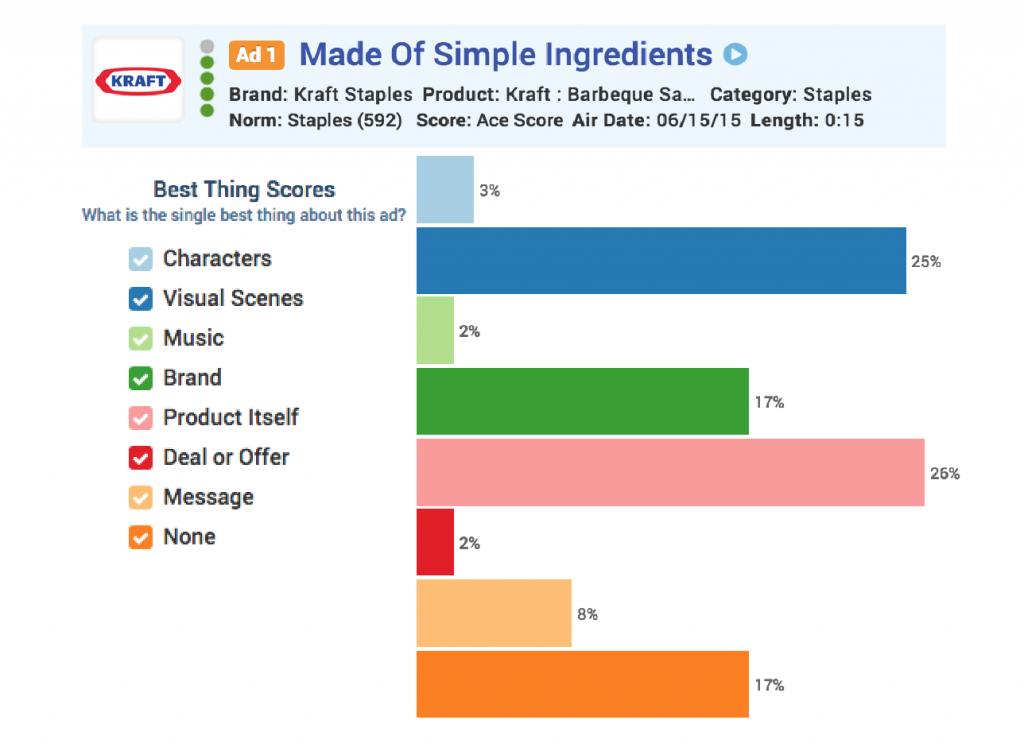 Walgreens, with their new spot “Making Memories,” earns this week’s Category Overachiever title, scoring 12 percent higher than the 12-month Other Stores category norm. The ad features a mother helping her daughter’s dance team get ready for an upcoming competition.

The ad earned an overall Ace Score of 585, driven by high scores in Attention, Likeability, and Watchability. The ad was able to effectively break through with consumers. 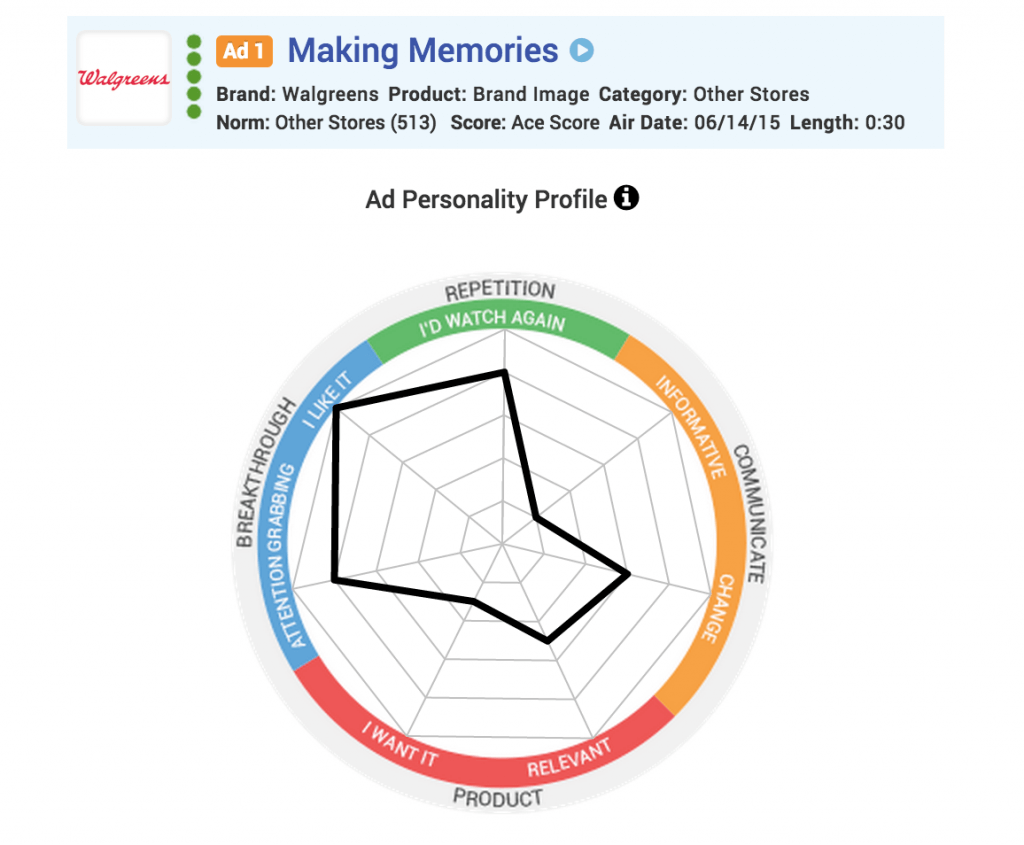 With its focus on a mom and her daughter’s dance team, it is not surprising that the ad scored nearly 30 percent higher with women than men. 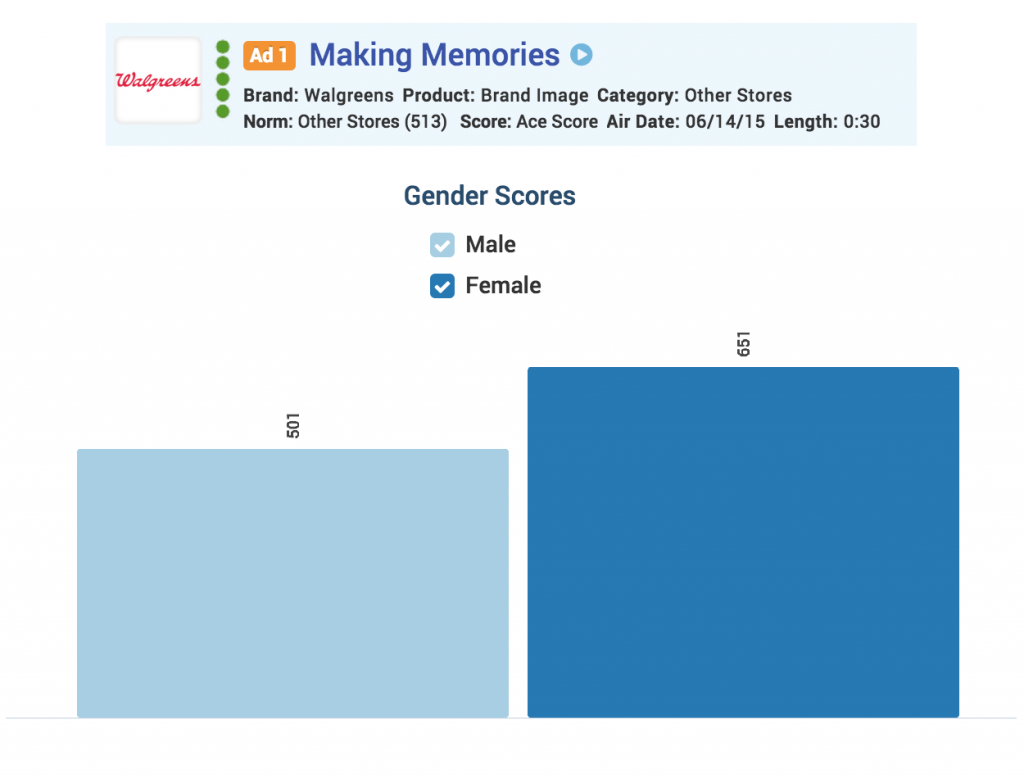 What was perhaps most impressive about the ad was that it earned an Emotional Sentiment score 38 percent higher than the Other Stores category norm.

Meet You in Cannes

Samsung Charges and Nike Zooms to the Top