Now that the hit ‘90s show Friends is available for our binge-watching pleasure on Netflix, we thought we’d take a look back at one of the first big gigs of the comical Joey (Matt LeBlanc). Heinz’s ad “Rooftop” debuted in 1987, and while it was certainly a monumental event in LeBlanc’s career, it also made waves for the beloved ketchup brand as well. Heinz and its agency, Leo Burnett Worldwide, went on to win the coveted Gold Lion at Cannes International Advertising Festival for the 30-second spot.

To see how this ad has withstood the test of time, now that it has been nearly 30 years, we had 500+ of today’s consumers watch and answer questions about “Rooftop,” staring LeBlanc. Consumers awarded the ad an above-norm score of 600 in the Staples category. Nearly a quarter of consumers thought LeBlanc stole the show, indicating that he was the best thing about the ad. However, the classic, thick Heinz ketchup got its share of appreciation too, with 18% of consumers indicating it was the best thing about the ad. 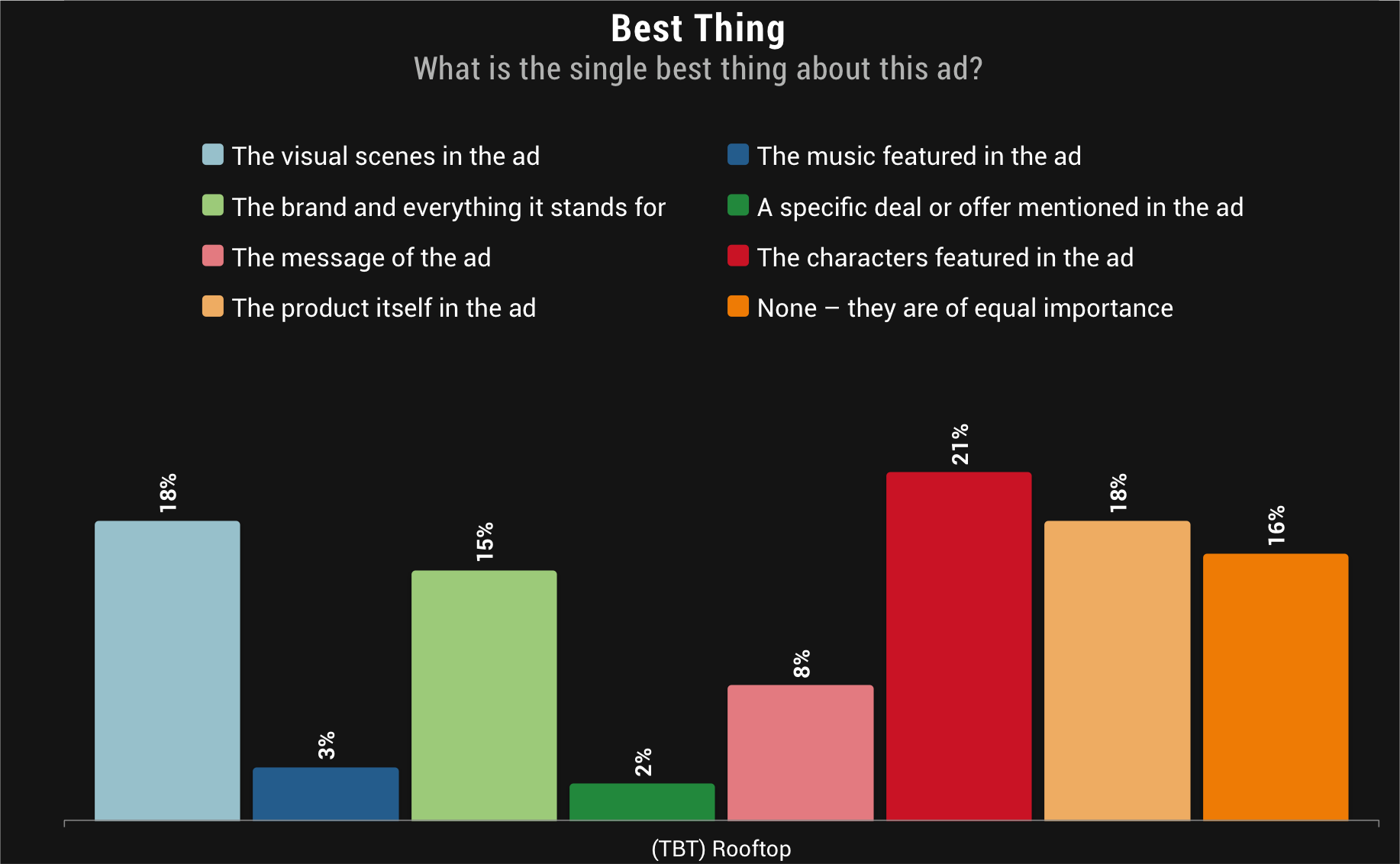 Of course, whether or not a consumer is a fan of or familiar with Friends seems to have made a difference in scoring. The age graph below shows that consumers ages 36-49 (prime age group for the show that debuted in ’94) scored “Rooftop” the highest with an Ace Score of 640, 7% higher than the ad’s overall score. 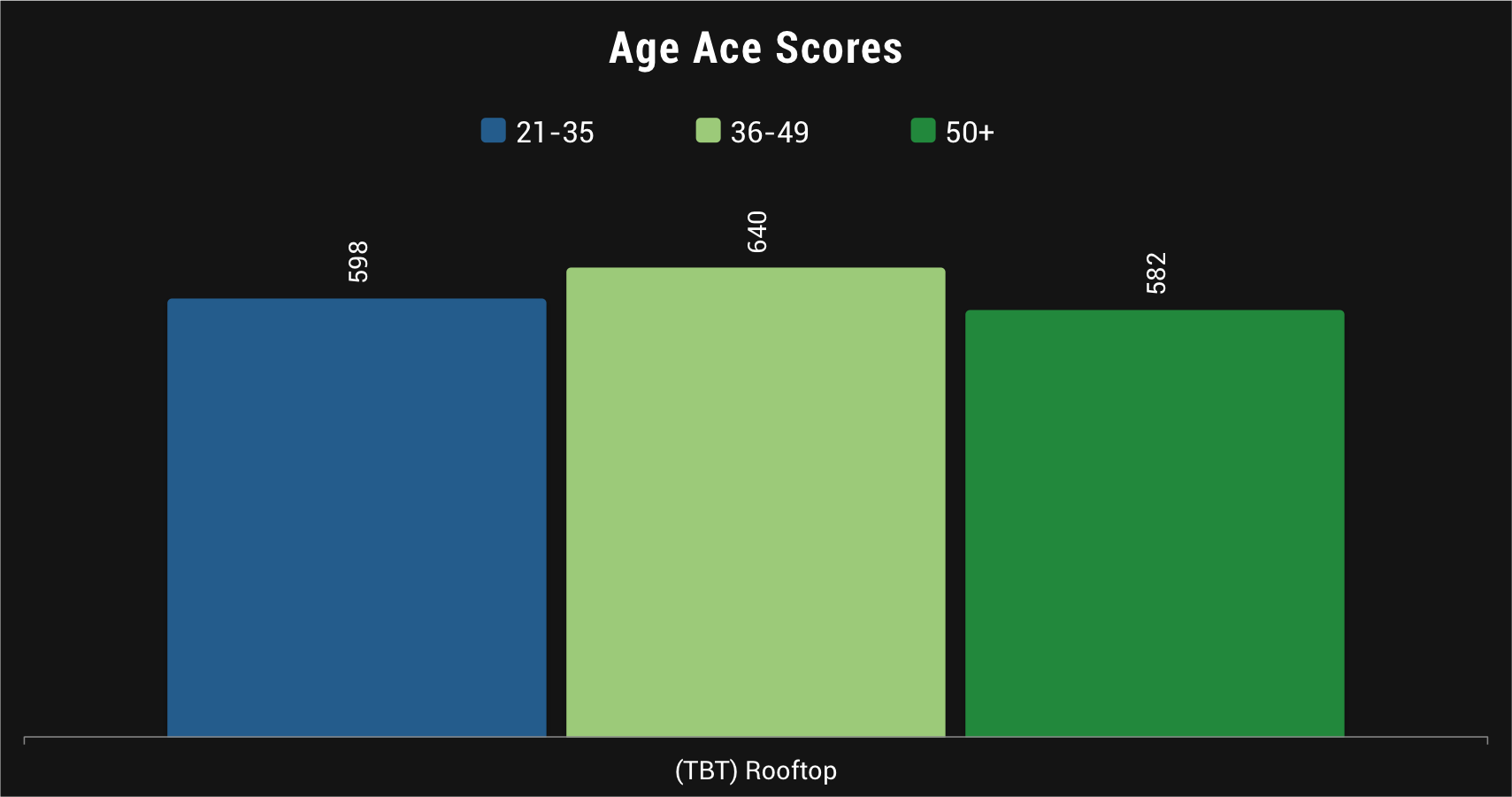 This age group also had some of the most positive sentiments surrounding the throwback ad. Eight percent of 36-49 called out “Matt LeBlanc” by name while 7% fondly referred to him simply as “Joey.” Interestingly, 36-49-year-olds were also the most likely to positively reference the “thick” ketchup. 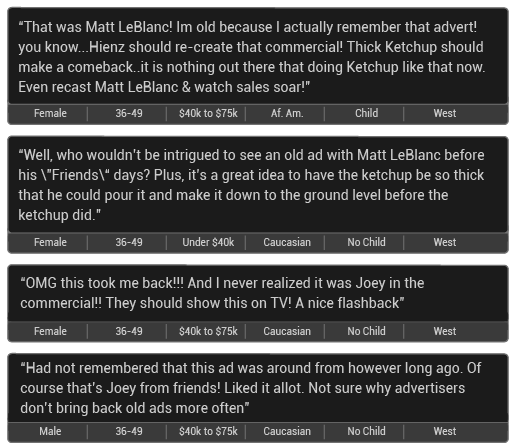 Many consumers agreed that a recreation of this classic ad would surely be a hit. And many are also hoping for a comeback of super thick, classic ketchup.