It’s a known fact that ads with animals tend to draw an emotional response from consumers. (Just take a look at last week’s Ad of the Week winner, Budweiser.) While it’s one thing to simply toss in an adorable puppy or cute kitten, it’s another to also make that fur-filled spot effective. Petco’s latest ad is able to be extremely likeable while maintaining relevancy with consumers, delivering an important message about the food we feed our pets. This successful combination earns the retail pet brand the title of Category Overachiever for the week. Meanwhile, Intel has a new ad in its latest campaign, featuring the entertaining Jim Parsons. The ad delivers witty, relatable humor while also informing us about the benefits of Intel’s technology.

Petco’s winning ad, “Unique Selections,” earned an Ace Score of 622, outperforming the 12-month Other Stores – Retail category norm by 17%. The touching 30-second spot speaks to “pet parents” about feeding their little fur-babies healthy, nutritional food to ensure the dog or cat has a long, healthy and happy life.

Of course pet owners especially loved the message and animals throughout “Unique Selections.” Dog owners scored the ad most enthusastically, awarding it an Ace Score of 712, which is 14% above the ad’s overall score. Likewise, consumers with cats and other pets also scored the ad high, with scores of 681 and 696, respectively. Consumers with no pets, a minority in both our survey and among the general population, not surprisingly, scored the ad lower with an Ace Score of 414. 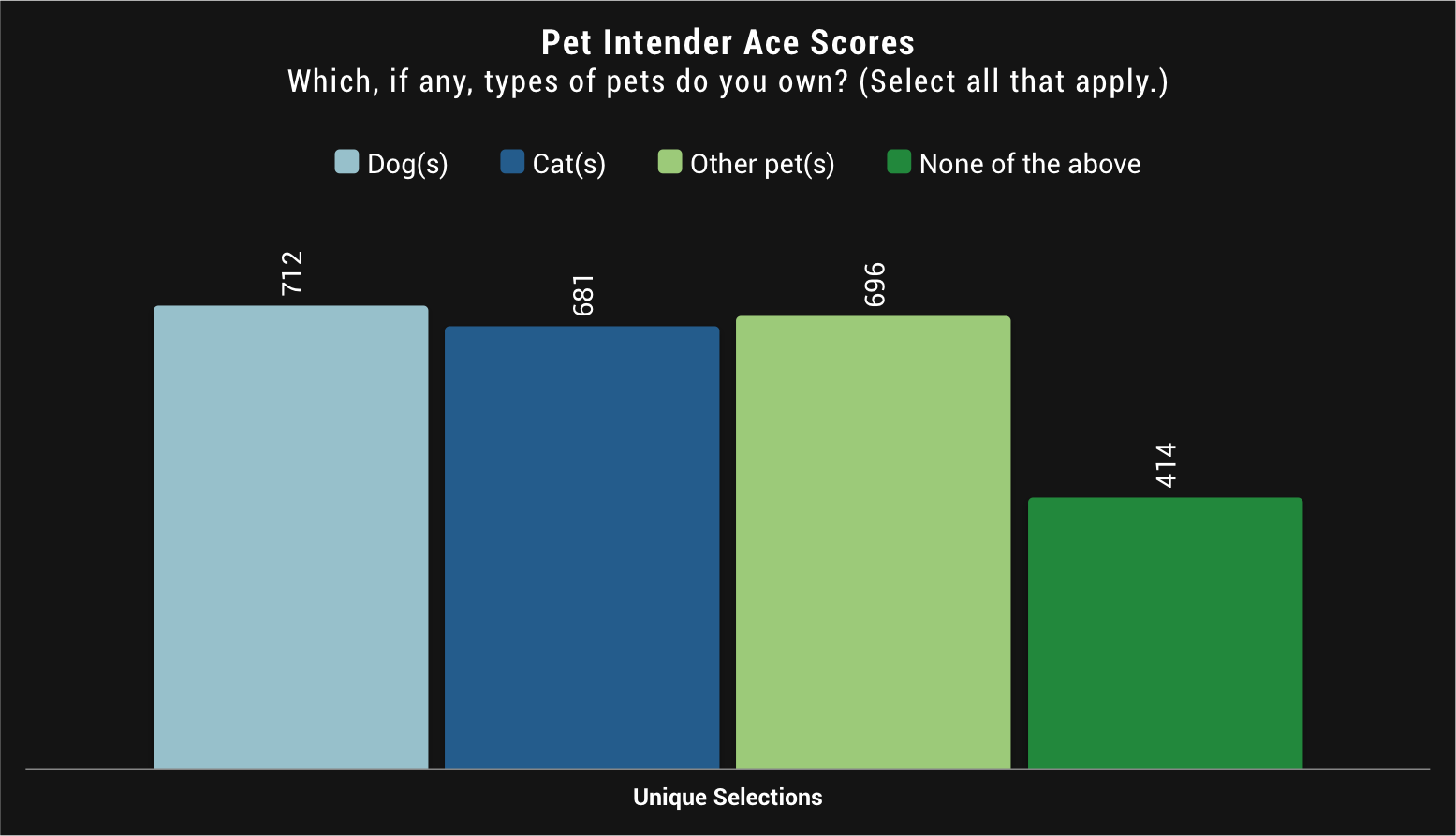 While there’s no question as to the Likeability of the new Petco ad (even scoring above 700 for the component), the more interesting scores are those for Relevance and Change. Many consumers found that the ad’s message spoke to them, as evident by the Relevance score 22% above the Other Stores – Retail norm. Likewise, with 24% of repondents indicating that the ad’s message was the best thing about “Unique Selections,” it’s no surprise that the ad’s Change score is 11% above the category norm.

Among the 321 consumers who opted to leave feedback for “Unique Selections,” 13% used the word “love,” most often to refer to the animals in the ad. Interestingly, however, the word cloud reiterates our previous findings, showing how important the ad’s message is with 7% discussing the ad’s “message” in their response. 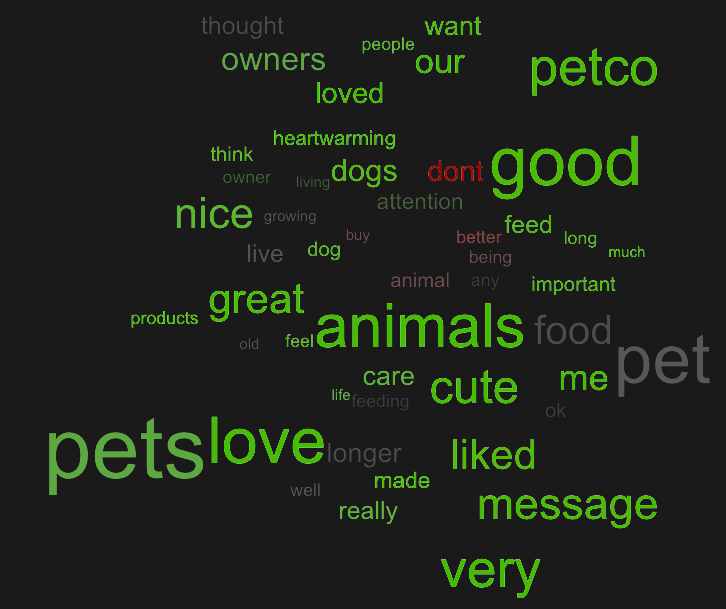 Petco also released a shorter, 15-second version of the ad last week. While the shorter version easily conveyed the cuteness of the animals, the ad’s message gets a little diluted with only 18% of consumers indicating that the ad’s message is the best thing about the 0:15 version.

Intel has been climbing the Ace Score ranks since incorporating Jim Parsons, or should I say Sheldon Cooper, throughout its new campaign. The Emmy winning and Big Bang Theory star portrays a similarly geeky character in each of Intel’s new ads, touting how the semiconductor chips make technology even better. “We Make Technology” is one of Intel’s latest ads and is the highest scoring ad of all 107 ads to debut last week. Consumers awarded “We Make Technology” an Ace Score of 640.

Looking at the age graph below, it’s aparrent that this ad has a strong skew toward older demographics. Consumers ages 36-49 rated the ad the highest with an Ace Score of 688, which is 7.5% higher than the ad’s overall Ace Score. 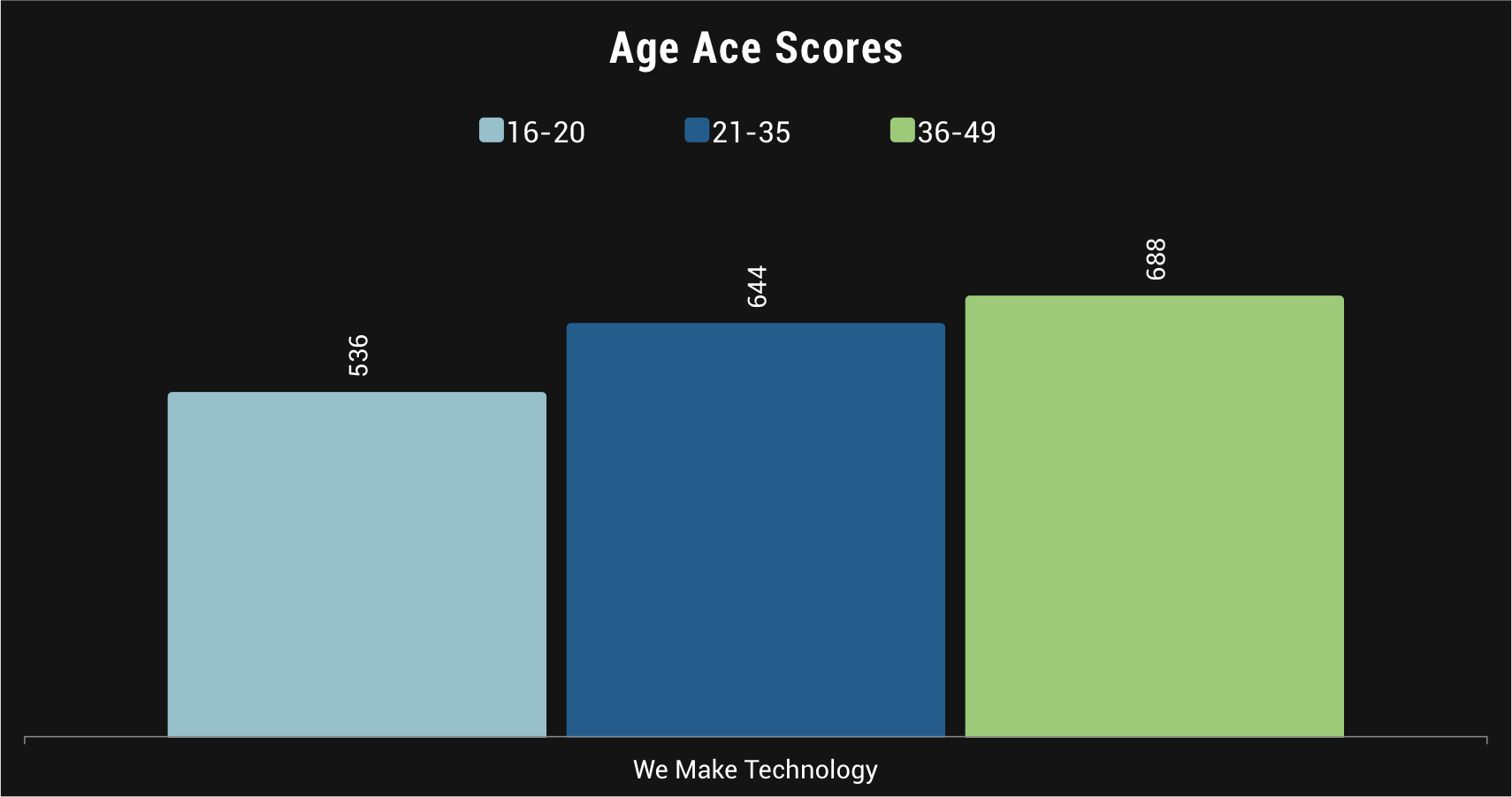 The inclusion of Parsons no doubt helped the ad achieve its high-scoring glory. Afterall, 30% of consumers agreed that the characters were the best part of “We Make Technology.” Likewise, the combination of a two-in-one laptop/tablet is appealing to many consumers with 23% indicating that the product is the best thing about the ad. 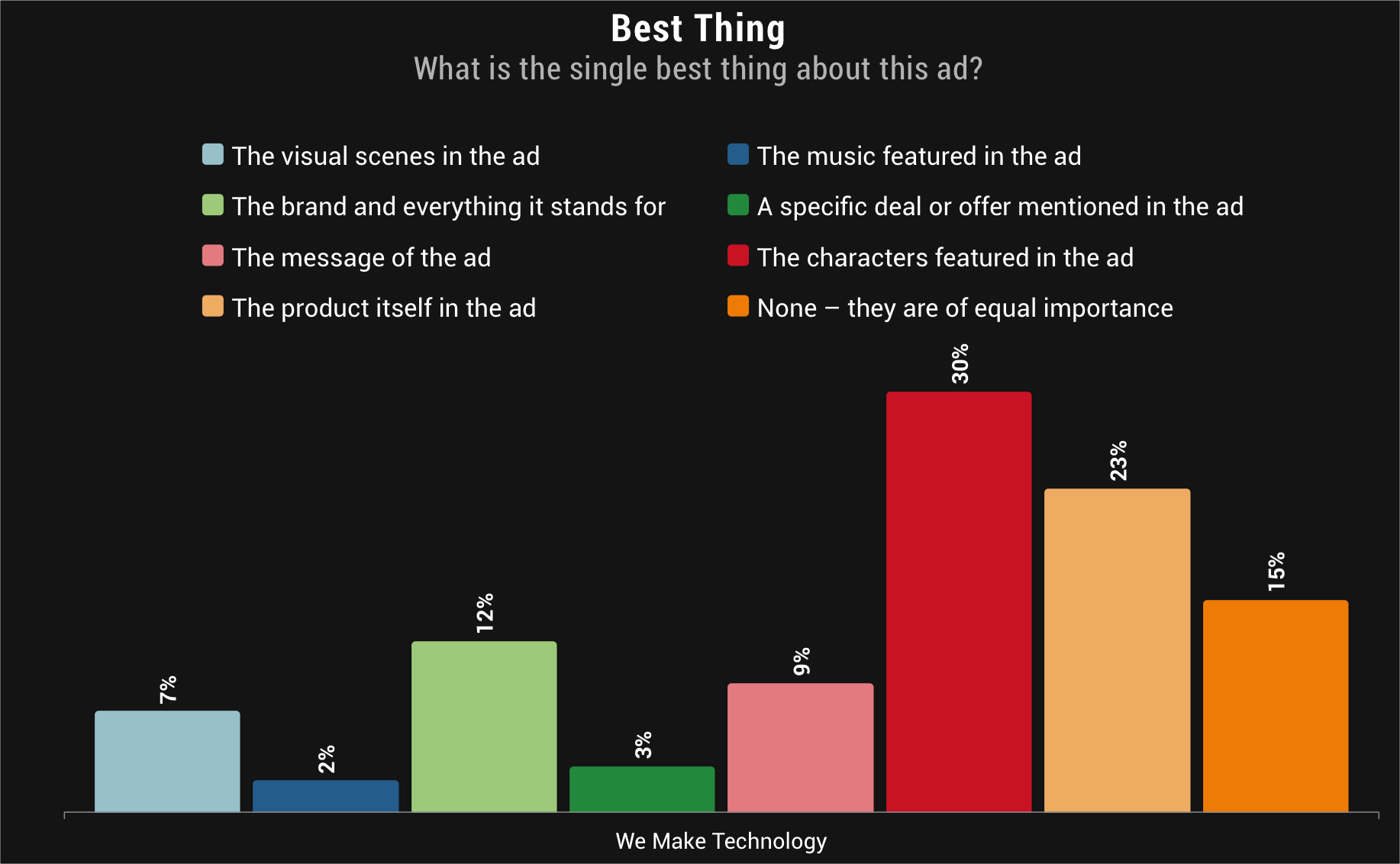 Among the 306 optional responses submitted for the ad, it is also apparent that the ad’s character as well as the appeal of the product have a significant effect on the ad scores.  Fifteen percent of consumers mentioned how “funny” the ad was while 8% mentioned the Big Bang Theory character “Sheldon” and 5% used the actor’s full name, “Jim Parsons.” 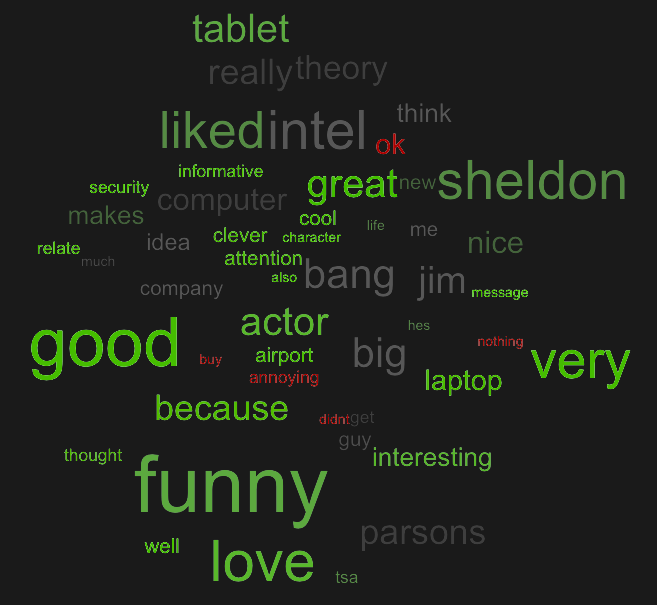 While “We Make Technology” is the highest rated ad of the week, it is still not the highest scoring Intel ad with Parsons. Their higher rated, humorous spot debuted last year with an Ace Score of 665.