What Do Beer and Ducks Have in Common? 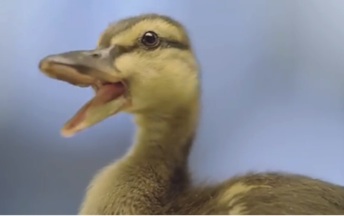 Maybe more than you think. Guinness rolled out the top performing ad of the third quarter with their ode to friendship—outshining the beer category competitors (and there are a lot of them) by nearly 30%. Dawn reminded us of our responsibility to our furrier friends and earned the highest scoring ad out of 1,575 ads to debut since July 1st. More on those winners and their striking similarities and creative differences below.

To be among the top 5 highest performing ads, or the top 5 highest scoring ads, means the ad is in the upper echelon of advertising for the quarter and surely in the running for a top position for the year. Repeat visitors to the winners circle demonstrate that consistent creative quality that surpasses the masses.

We score every ad, every day from Absolut to Zzzquil and about 999 brands in between. Our method is tried and tested and for more on that, click here. We have scored more than 30,000 ads since 2010 and are well versed in interpreting the data. Our opinions, while well informed, are irrelevant. Each ad is scored by a unique consumer panel of 500+ people balanced to represent the US census; meaning these winners reflect more than 131,000 consumer interactions.

This just in: Peter Daboll discusses the top ads of the quarter with Dennis Kneale on Fox News

Now, here are the most effective ads to debut this quarter. (click the table to watch the ads)

Guinness earns the top honor this quarter with its unique depiction of friendship—a highly engaging ad that captures the attention of the viewer through some quick cutting wheelchair basketball action and ending with an emotional twist. This isn’t the first time a beer ad has tried and succeeded at striking an emotional chord. Budweiser is well-known for it and most recently earned the highest scoring ad for the 2013 Super Bowl with “Brotherhood”—another story of friendship; both the 60- and 30-second versions of the ad remain the two highest ranking ads for the Beer category this year. “Friendship” follows closely to rank 3rd. The ad earned the highest Attention score of any ad this quarter and resonated across demographics and regardless of beer affinity. 61% of respondents said the ad positively changed their perception of the brand. Since the ad was posted in September, YouTube views have soared beyond 11 million.

Netflix, our brand to watch for August, has an outstanding record for introducing highly effective ads. We’ve scored 27 Netflix ads since mid 2010, and every one of them scored upper or top quintile. This ad, aptly named “TV Series”, outperformed other websites by nearly 27% and television services by 24%. As if in preparation for its impending Emmy win, the ad showcased Netflix’s original series alongside other cult-like followed television content in a simple, fast-paced sizzle reel style ad.  The ad performed best with the 21–35 crowd and compelled an outstanding 20% of respondents to call Netflix by name in their optional verbatim responses.

Petco’s “Powerful Chemistry” arrives 3rd on the list and depicts the incredible connections made between man and beast (even if that beast is a goldfish). In a category that is home to approximately 538 ads in the past 12 months, outperforming those by a healthy 23% is no small feat. The assortment of furry (and scaly) friends is rewarded with broad appeal and soaring Attention and Likeability scores. The ad skewed younger male and older female, an unusual demo curve, and elicited a 57 on the Emotional Sentiment Index.

Reebok’s “Be Ready” continues this quarter’s theme of friendship and humor with a tale of two athletes enjoying a friendly run and must adapt to the terrain as a wily squirrel interferes with their route. Conversely to the Petco ad, this ad skews older male and younger female, performing nearly equal among men 36–49 and women 16–20. In addition to earning strong Attention and Likeability scores, the ad boasted Desire and Change scores more than 20% above the category norm. Verbatim responses indicate that viewers appreciated the way these athletes were portrayed as normal, “not as having ‘superhuman powers’ ” with 10% calling the ad “funny” and 5% mentioning the squirrel.

Honda’s “This Sucks!” ad also employs a sense of humor with a unique anthropomorphizing of garbage soon to meet its demise with the Honda Oddysey’s innovative onboard vacuum. Honda’s clever product demonstration was both a top-scoring ad among its category (scoring 22% over the average automotive ad), as well as the fourth most effective ad overall for the quarter.  The ad hit on all cylinders and had broad demographic appeal earning Change, Attention and Information scores well over 700.

Now for the highest scoring ads of the quarter. (click the table to watch the ads)

Dawn continues to delight audiences with its dedication to cleaning the toughest of oily messes. Their 2010 “Dawn Saves the Wildlife” remains the highest scoring ad in a highly competitive Cleaners category—and has the ultimate Emotional Sentiment score of 100. In fact, of the top five ads in the category for all time, four are from Dawn’s Wildlife campaign, one for each of the past 4 years.

Microsoft has been the challenger brand in phones and tablets and is earning a strong position in the ongoing fight for third with aggressively humorous, sarcastic and antagonistic spots, depicting its own differentiation while taunting Samsung and Apple. Microsoft’s ad for its Surface tablet featured a pseudo-Siri narrator poking fun at the iPad while calling attention to the Surface’s benefits. We see evidence that this approach is polarizing—some finding it hilarious while others find it desperate or backhanded.

Samsung also leverages sarcasm to effectively demonstrate its product features and differentiation. Samsung’s “Never Been Better” ad allowed a family’s witty banter to describe the features of the latest SmartTV including voice activation.

> more on Samsung’s “Never Been Better”

Longhorn Steakhouse earns the 5th place on the top scoring ads list with “Longhorn Choices”, a savory spot that showcases the variety of dishes available. We like to say there is no recipe for creative, but Longhorn is famous for a great combination of strong male voice overs coupled with flaming visuals of grilling steak. Add some additional food choices and value statements and they’ve captured a broad audience. Women actually score this ad 3% higher than males.

Satisfied? Neither were we. With all of this data, we just can’t stop. Click here to contact us and get more information on our ad data.

The Ad of the Quarter honor is awarded to the ads with the highest percentage gap to the twelve-month category norm that debuted nationally between July 1, 2013 and September 30, 2013. A Top Ads list is also provided for the ads earning the highest Ace Scores among the same set. The Ace Score is the measure of ad creative effectiveness based on viewer reaction to national TV ads, providing the advertising industry an unbiased resource to measure creative impact. Ace Metrix scores every national television ad, across 85 categories creating a complete comparative database, Ace Metrix LIVE®. A unique panel of at least 500 consumers, representative of the U.S. TV viewing audience, scores each ad the exact same way. The results are presented on a scale of 1–950, which represents scoring on creative attributes such as Persuasion, Likeability, Information, Attention, Change, Relevance, Desire and Watchability. Ace Metrix collected more than 1,500 ads in the third quarter. All ads within categories that had at least 20 unique pieces of creative over the past twelve months, and at least five in the quarter, were considered for the award.

Ads of the Week: Microsoft, Kerrygold and United

Ads of the Week: Toyota “What A Ride” and Olive Garden “Take It For Later”