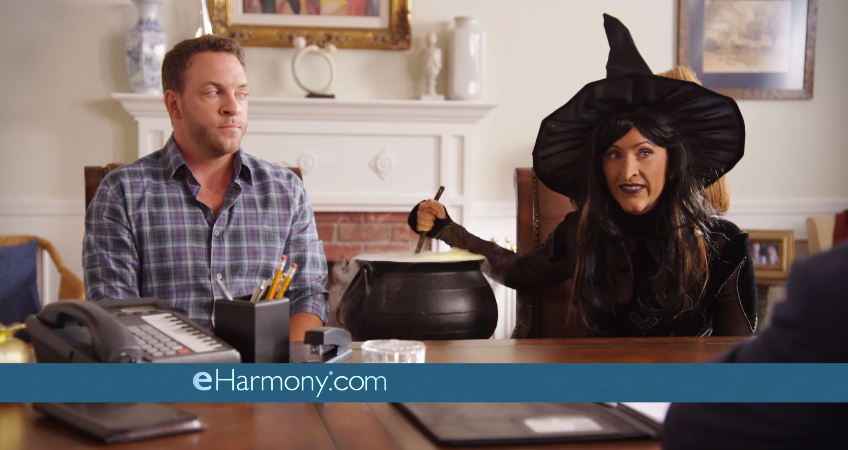 Now that Valentine’s Day has come and gone, dating websites’ busiest season of the year is now behind them. In an article posted last month in Time Magazine, Match.com said that the best time to find a new match was the Sunday after New Years; but, even the time between New Years and Valentine’s Day is a hot season for online dating.

Online Dating ads usually score fairly low against the general population. This is because the ads are, obviously, targeted towards single people. Across all the Online Dating ads we’ve tested, 56.8% of consumers say they are either not interested in using the ad’s brand or have never heard of it before. (Of course, only those online dating brands airing national ads are included in this figure.) We took a look at all the online dating ads that have debuted since the beginning of 2014 to see which ones resonated with consumers the best.

Neil Warren, eHarmony’s founder and CEO is a staple in its ads. “Perfect Match” is a cute, lightly humorous spot that relies on the vastly known principles of eHarmony’s matching system. “Perfect Match” soared for its Likeability score, coming in nearly 20% above the Online Dating 90-day norm.

Reading the 352 optional verbatims left for the ad, it is obvious that the cute kids brought it its high Likeability score. Twenty-nine percent of those who left feedback said the ad was “cute” while 8% remarked that it was “funny.” Similarly, 32% of consumers agreed that the kids in the ad were the best thing about “Perfect Match.”

But is “Perfect Match” a match for singles looking for love? It would seem so. Those who have never used eHarmony but would consider it in the future, awarded the ad a score of 594, which is 46% higher than the Online Dating 90-day norm.

eHarmony’s ad “Perfect” ties with OurTime.com’s ad “Quality Time” with Ace Scores of 476. Interestingly, the ads earned their high scores for different reasons. While eHarmony’s had high breakthrough scores of Attention and Likeability, OurTime.com focuses on Information and Change to get its high marks.

Of course, the humorous story and characters in “Perfect” helped hold consumer attention. Thirty-six percent of those surveyed said that the ad’s characters are the best thing about the ad. 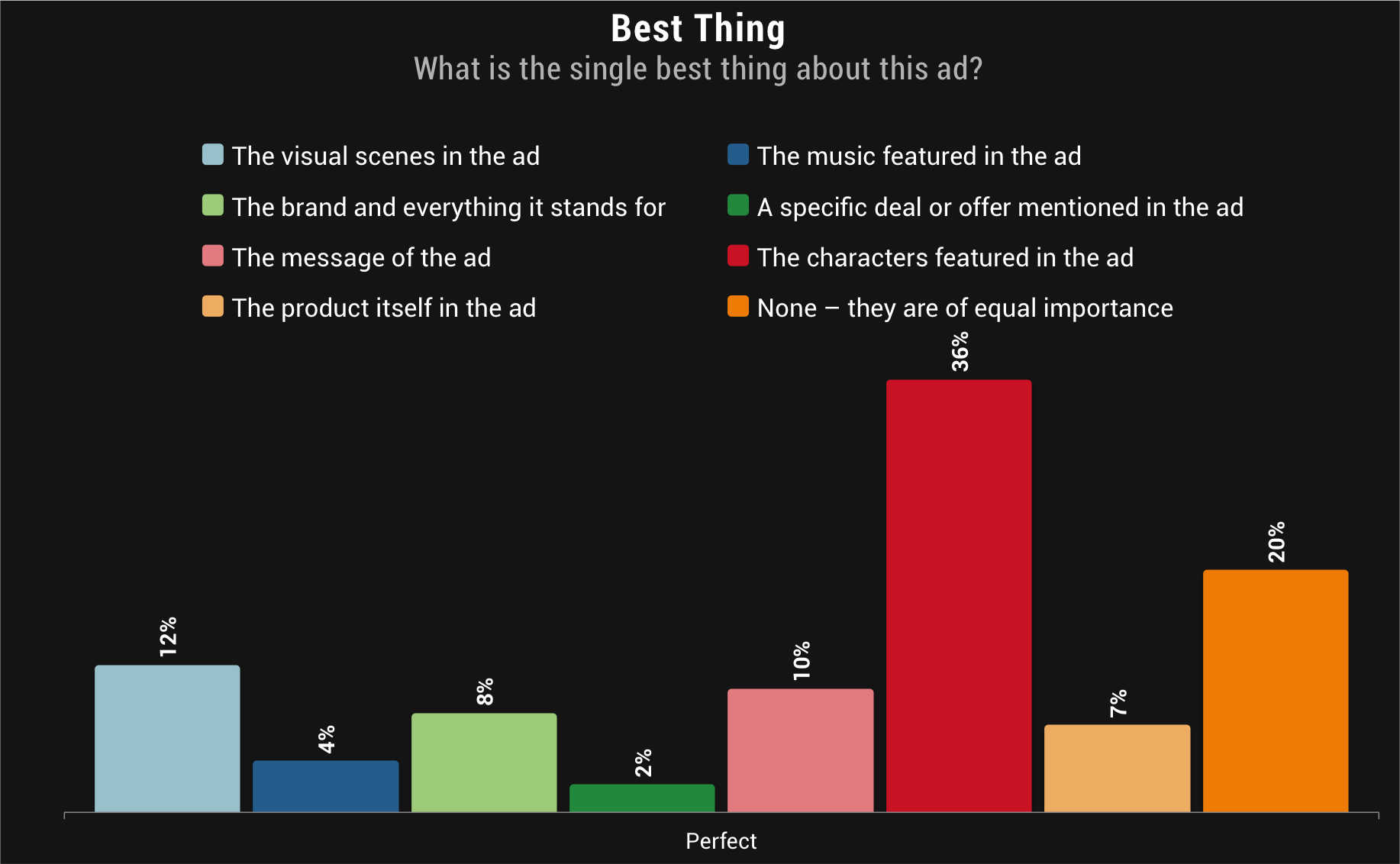 Additionally, 26% of consumers called the ad “funny” and tended to also score the ad higher. Those same consumers awarded the ad an average Ace Score of 550, which is 16% higher than the ad’s overall Ace Score.

OurTime.com’s “Quality Time,” also achieving an Ace Score of 472, is targeting older consumers, but still worked quite well across various age groups. As we would expect, consumers ages 50+ awarded the ad the highest score, an Ace Score of 487, which is 20% higher than the Online Dating 90-day norm. 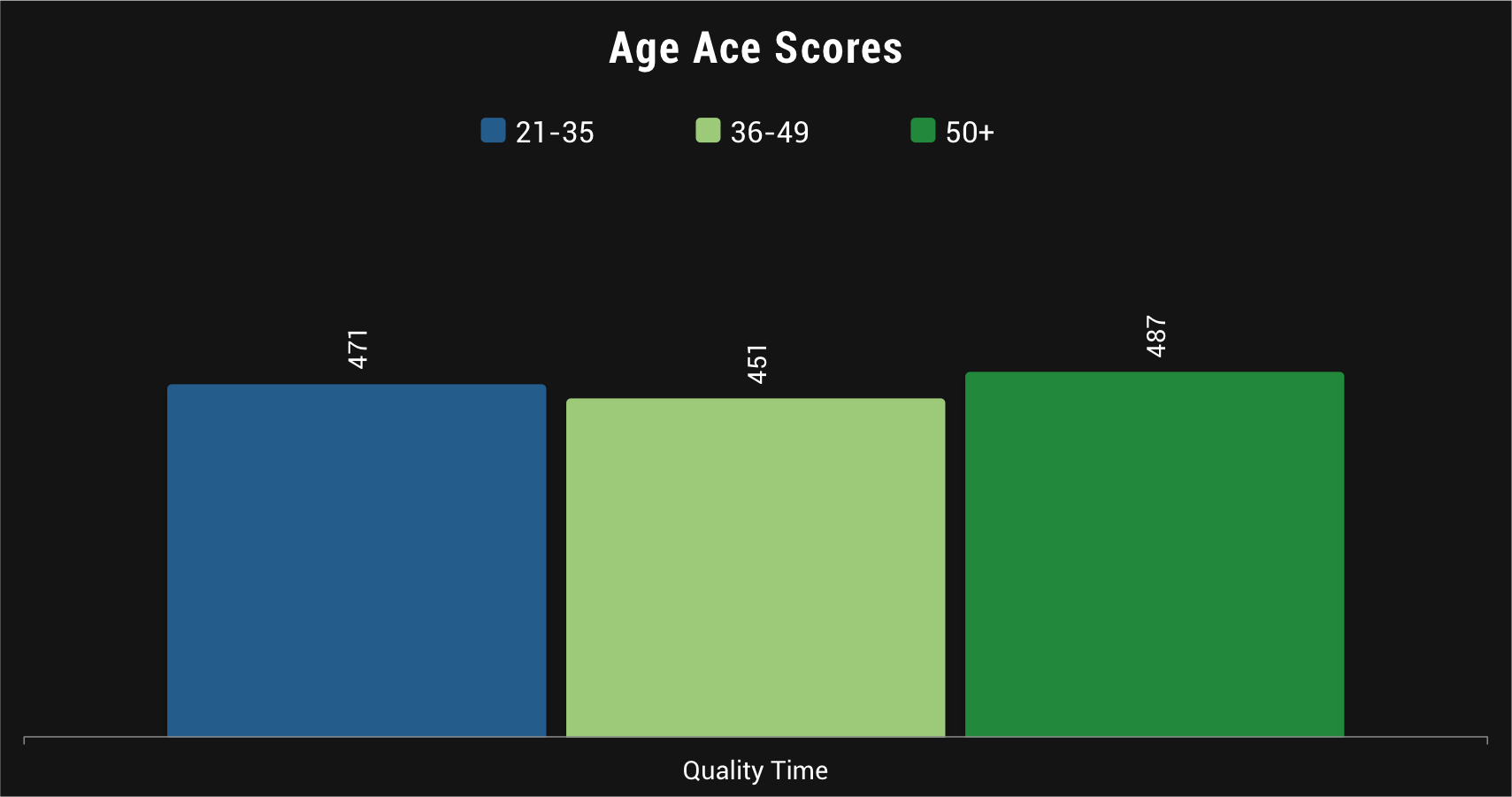 Of the 126 consumers ages 50+ who opted to leave feedback on the ad, many appreciated that it was an online dating commercial for older singles. Additionally, 32% of the 500+ consumers surveyed indicated that while they hadn’t used OurTime.com in the past, they may in the future. These same consumers also awarded the ad an Ace Score of 641, significantly above the ad’s overall score.

Match.com’s ad “Lauren” earned an Ace Score of 466 to be the fourth highest online dating ad. While the ad’s character, Lauren, certainly helped the ad achieve its exceptional score, more consumers (24%) found the ad’s message to be the best thing about the ad.

Those who are current Match.com users also scored the ad extremely high with an Ace Score of 772, 66% higher than the ad’s overall score. Likewise, those who would consider using Match.com awarded the ad a high score of 616. 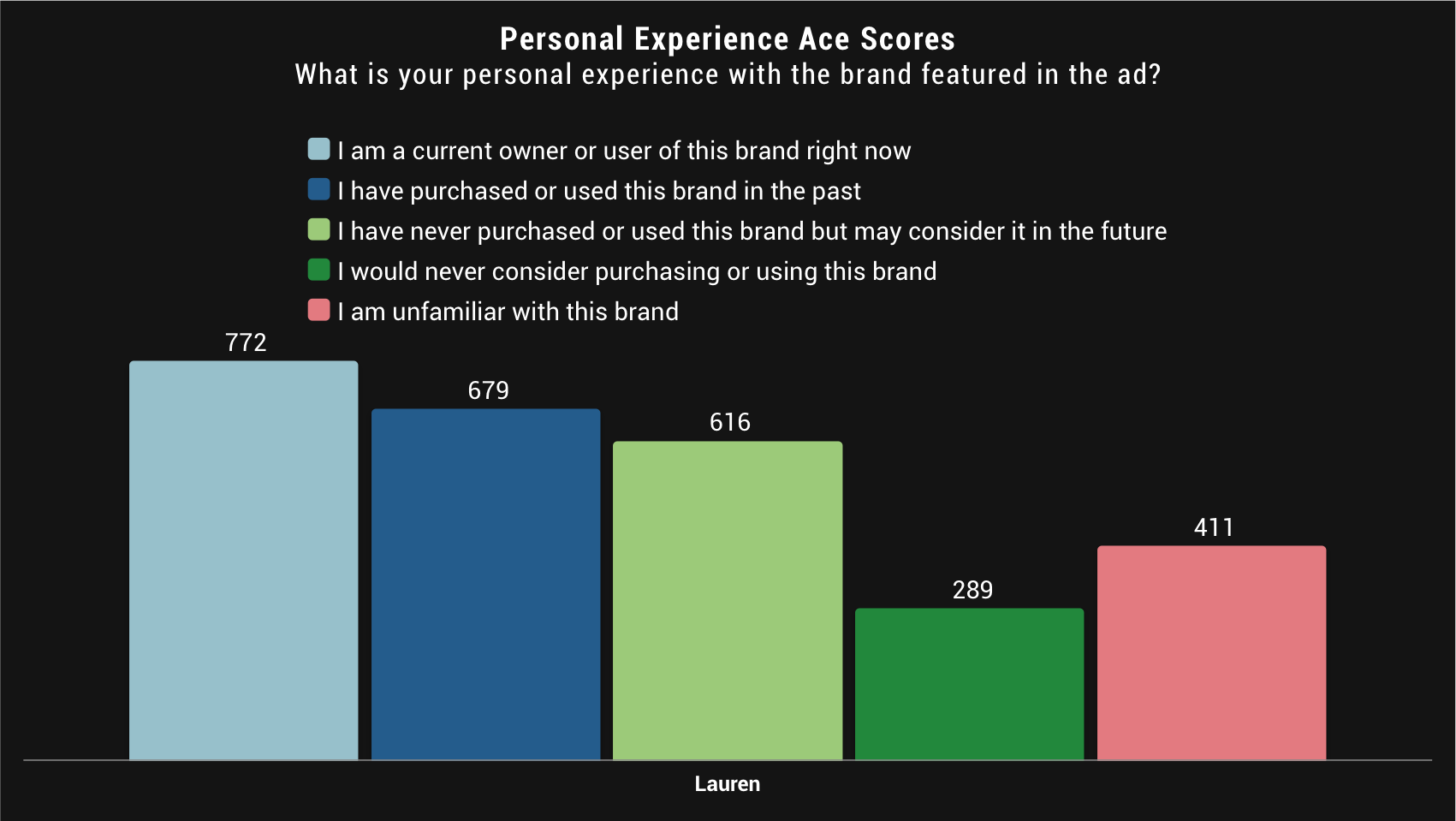 While every age and gender scored the ad above norm, women ages 21-35 gave it the highest score, with an Ace Score of 508, 9% higher than the ad’s overall score.

Zoosk takes a different approach than the other top Online Dating ads with an animated spot about finding love. “Looking For Love” earned an Ace Score of 463 for its ability to relay change and provide information.

Consumers who have used Zoosk in the past or would consider using it in the future especially liked the ad, giving it an Ace Score of 631 and 615, respectively. Twelve percent of these consumers found the ad “cute” while 5% mentioned that it was “interesting.” 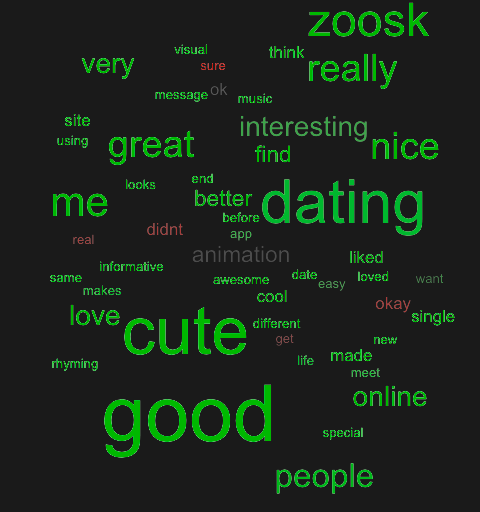 The Top 5 Online Dating ads show, just as there is no formula for love, there is no recipe for the perfect online dating ad. Whether an ad is funny or cute, animated or improvised, there are many winning combinations that will grab consumer attention and inform potential customers.