Best Buy and Hershey’s product focused ads rose to the top of last week’s new ads through relatable storytelling and cute kids. Best Buy takes home the title of Category Overachiever by entertaining consumers with an adorable story while Hershey’s earned its Ace Score for re-introducing the world to its well-known, delectable chocolate bar.

Best Buy has already made one appearance on our Ads of the Week list this year for its newest Blue Shirt Beta Test spot. This time, however, the winning ad has a different spin. “Chef’s Helper” features the Intel-supported 2-in-1 tablet/laptop as the 30-second spot tells the story of two kids making a frittata. Consumers awarded the adorable ad an Ace Score of 629, which is 18% higher than the Retail – Other Stores norm.

While the kids brought an undeniable likeability to the tech-based ad, “Chef’s Helper” especially excelled for its ability to be relevant and get consumers to say, “I want that!” The ad’s Desire score surpassed the Desire norm for the category, coming in 23% higher than the 90-day average. Likewise, consumers found the ad relevant, giving the spot a Relevance score of 650, 18% above the category norm. The high scores in Desire and Relevance are brought about by the 2-in-1 computer featured.

When asked, “What was the single best thing about the ad,” we can again see how, while the children are certainly cute, the product is the real star of the ad. Fourteen percent of consumers said the ad’s characters were the best thing about “Chef’s Helper” while 26% indicated that it was the featured product, the 2-in-1 computer. 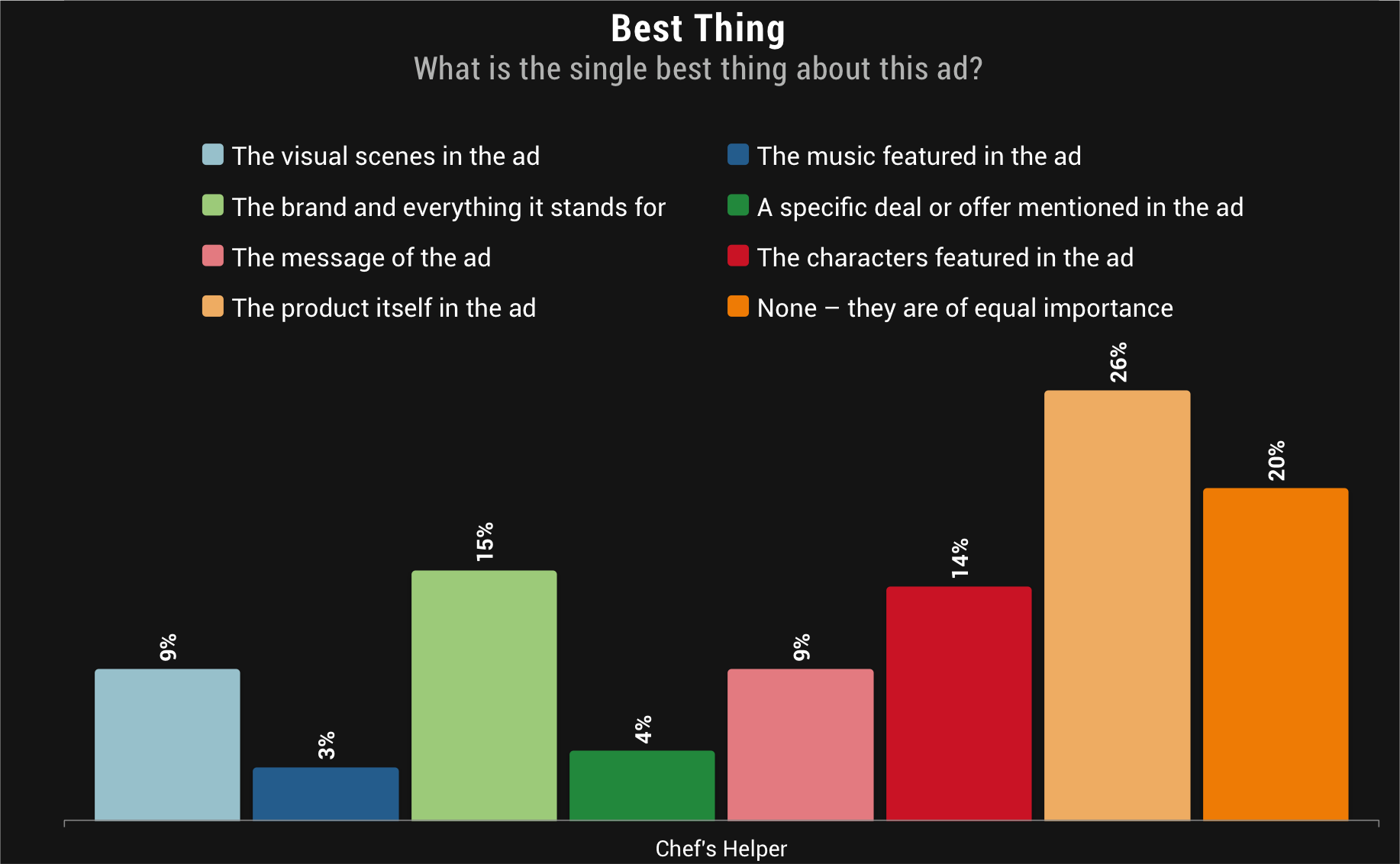 However, the kids still played an important role in the ad’s success. The brother-sister pair brought about an emotional reaction from consumers. The ad earned an Emotional Sentiment score of 77 out of 100, which is 17% higher than the average Best Buy ad. When looking at the 347 optional responses, we learn why the ad’s characters were necessary to make a connection with consumers. 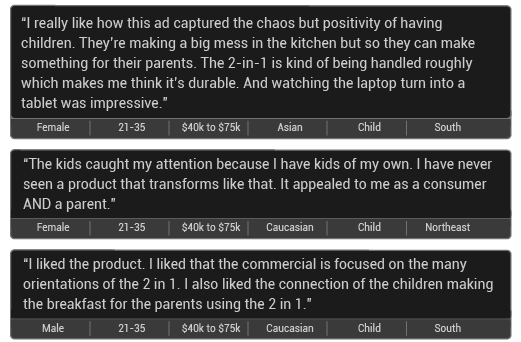 The kids showed-off the usefulness of the product in a way that was relatable for consumers; and it helped that they made a mess in the kitchen to surprise their parents with a fresh-made fritatta.

Chocolate’s appeal is unquestionable. And the allure of sweet, delectable, melt-in-your-mouth candy paired with the iconic Hershey’s brand brings us to the highest scoring ad to debut last week. Outperforming 96 other ads to debut, “Way to Start” earned an Ace Score of 648. Although the ad is just 15 seconds, that’s all it takes to introduce the term “pip” and break-off a few delicious pips until consumers are ready for a pip of their own.

While, stereotypically, chocolate is closely associated with a need-to-have desire of women, this ad’s scores between men and women are surprisingly balanced. Men scored the ad just three points lower than the 650 score that women gave it. 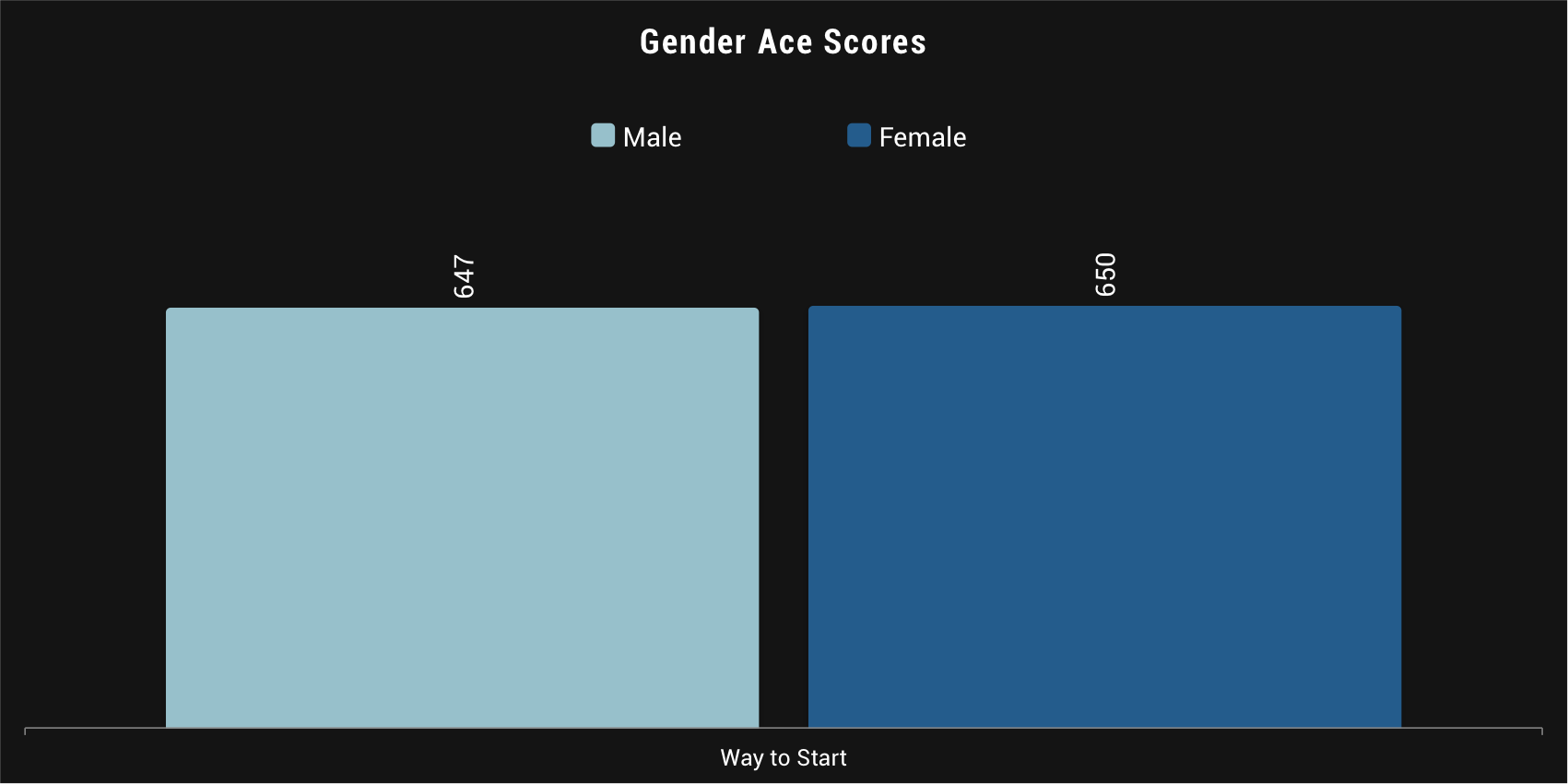 Much like Best Buy’s ad this week, “Chef’s Helper,” Hershey’s “Way to Start” excelled for its ability to rouse consumer desire and remain relevant to consumers. Both of these strong components are driven by the attraction and branding of the Hershey’s chocolate bar. This is most evident when asking survey respondents what was the best thing about “Way to Start.” Thirty-five percent of consumers indicated that the Hershey bar was the best thing about the ad while 20% said it was the Hershey’s brand and another 15% simply said it was the ad’s visual scenes. (After all, who wouldn’t want a sweet s’more after seeing all that melty, mouthwatering chocolate?) 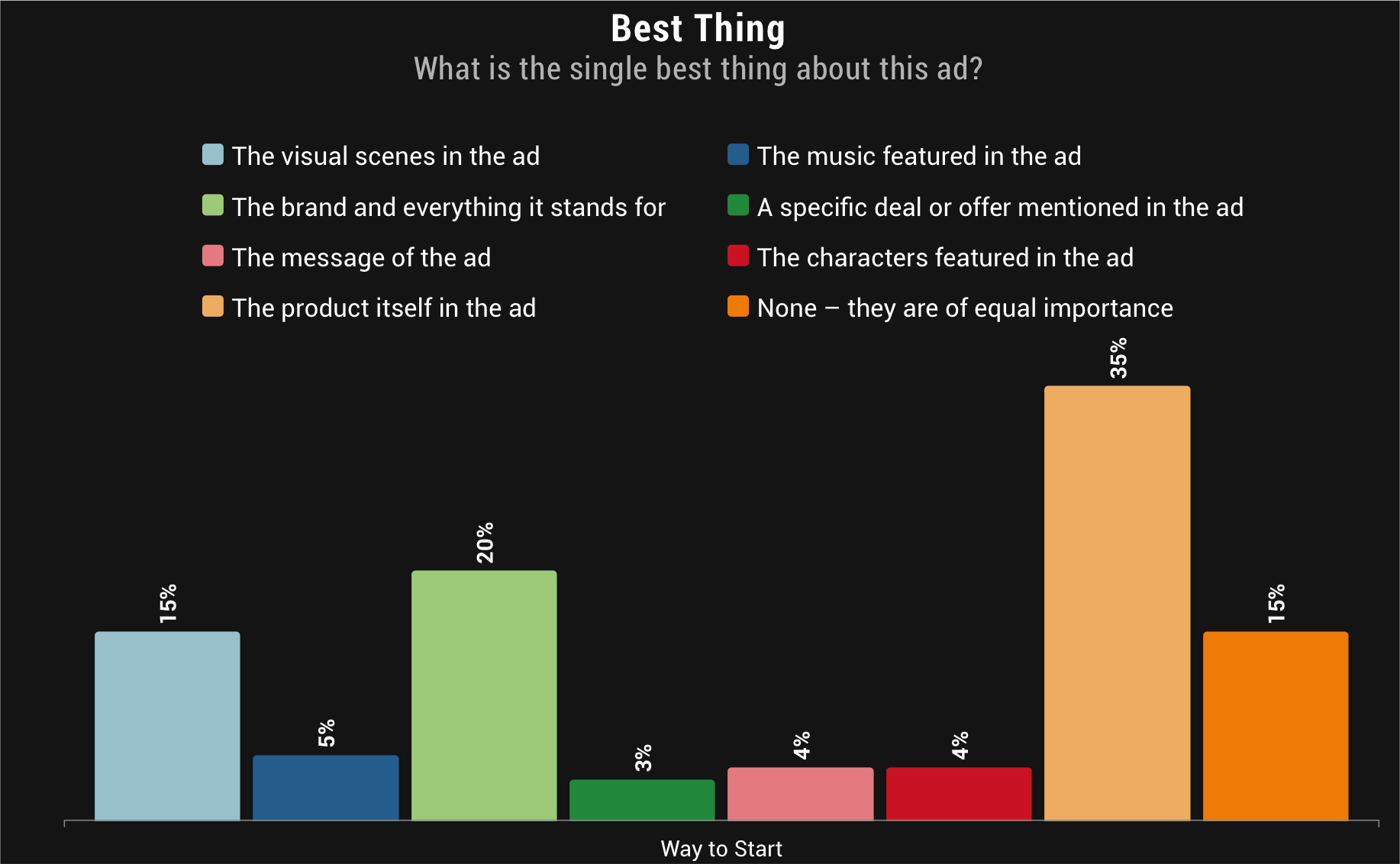 The 294 optional consumer comments are likely the most telling aspect of the ad’s data. Nearly a quarter (24%) of consumers specifically mentioned the “chocolate” in the ad. Likewise, the brand earned quite a few shout-outs as well with 18% mentioning either “Hershey’s” or “Hershey.” We can also easily see how desirable the chocolate bar is with 6% of consumers using the word “yummy” or “want.” 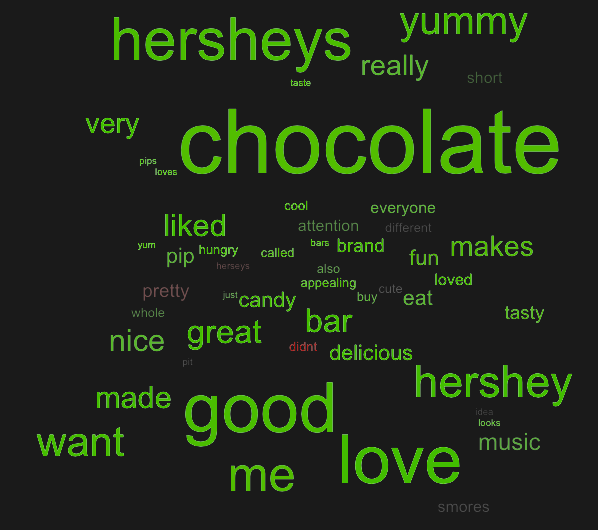 “Way to Start” won for its ability to appeal to consumers soley on the desirability of candy and, specifically, Hershey’s chocolate bars. It only takes a few seconds for consumers to know that they want something delectable and delicious.