There’s been quite a bit of talk lately on the topic of millennials—a generation of tech-infused, hipster juggernauts who are nearly impossible to target in advertising. As a millennial myself, I get it. We’re unusual and untamed, constantly searching for that individual identity; we like innovative technology and throwback fashions. Who gets that? (With that said, however, I didn’t even know I was a millennial until a few weeks ago, and I likely identify more with the generation above mine—but, of course, every millennial would say that.)

With about 80 million millennials now roaming the U.S., there are more millennials than baby boomers.

Over a month ago, Robert Klara of ADWEEK asked what if millennials are just like everyone else, and there’s nothing special about advertising to that demographic? In millennial fashion, I couldn’t accept that GenY was just like every other generation before it. No, we’re special. And, fortunately for me, Klara’s premise is incorrect.

Millennials are different, and Ace Metrix has the data to prove it. Since Ace Metrix tests every national breaking TV ad against a variety of age demographics, we can look at historical and current data to see what kind of advertising resonates most with certain demographics.

Sorting through nearly 9,000 ads starting from the beginning of 2013, we found three creative nuggets worth exploring.

It’s Okay To Be A Little Quirky

In fact, other ads that 21–35-year-olds scored significantly higher than the general population follow those same lines of atypical humor: Bud Light’s “Reggie Mic,” Budweiser Select’s “Snowstorm,” Kmart’s “Freak Out, Gif Out,” and Dos Equis’ “Stay Thirsty.” Each of these ads is in the top 10 ads this age group rated 23-28% higher than the Ace Scores the general population awarded these ads.

While, again, none of these are considered particularly effective creative in terms of their Ace Score (either by the general population or consumers ages 21-35), it does prove that there is a space for quirky humor with this target audience.

Creative quality is not lost on our “wondering” generation. Generation Y seems to be drawn to ads that play more like movies than commercials. With pristine graphics and flowing storylines, top rated millennial ads are more than ads, they’re entertaining stories.

Of the top 10 highest rated ads since January 1, 2013 that make up the general population’s list, only two overlap onto the top 10 list for millennials. The number one ad may come as a surprise since it’s a holiday ad for Reynold’s Parchment Paper.

Reading the optional comments consumers wrote after watching the ad, people ages 21 to 35 used the word “interesting” more than any other demographic, and quite often at that.

Further proof of millennials inclination toward the artistic can be found in our “Best Thing” question.  In a sample of over 800,000 consumer responses from Q4 2013, when answering the question, “What is the best thing about this ad?” younger consumers pointed disproportionately to an ad’s visuals and music. 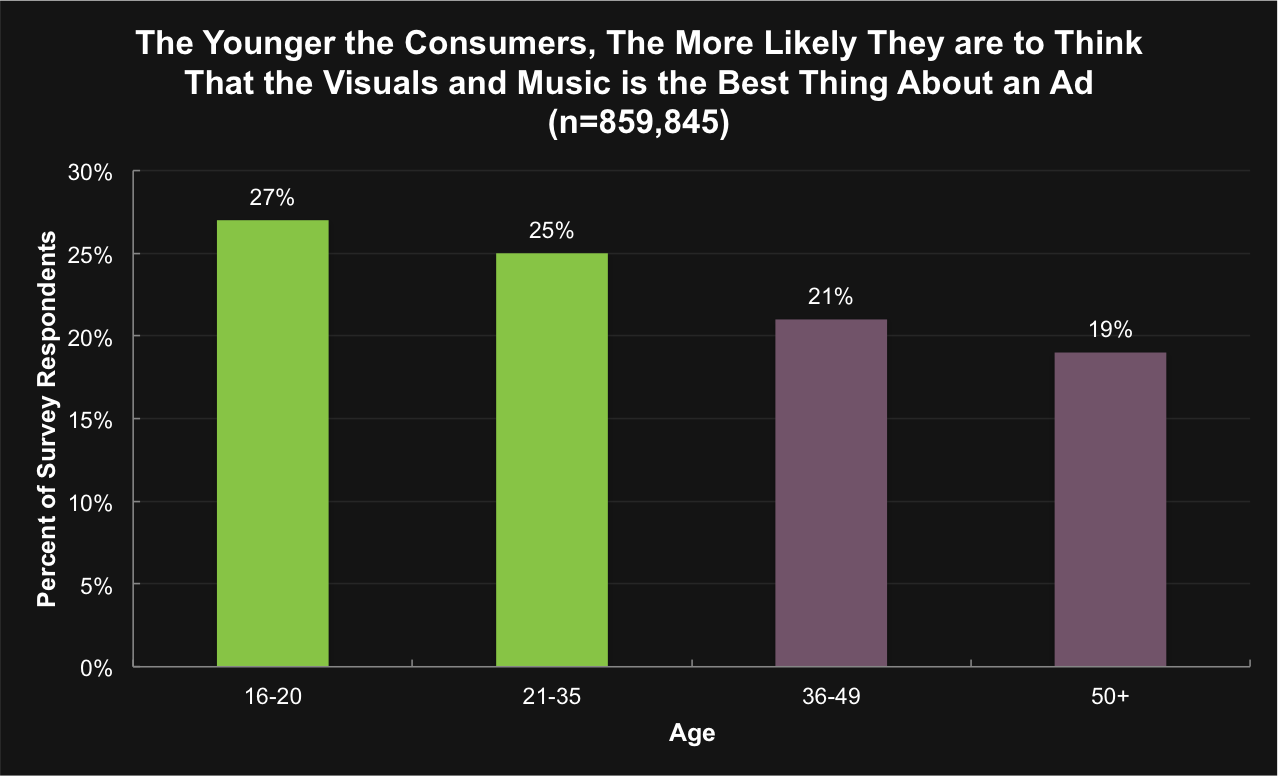 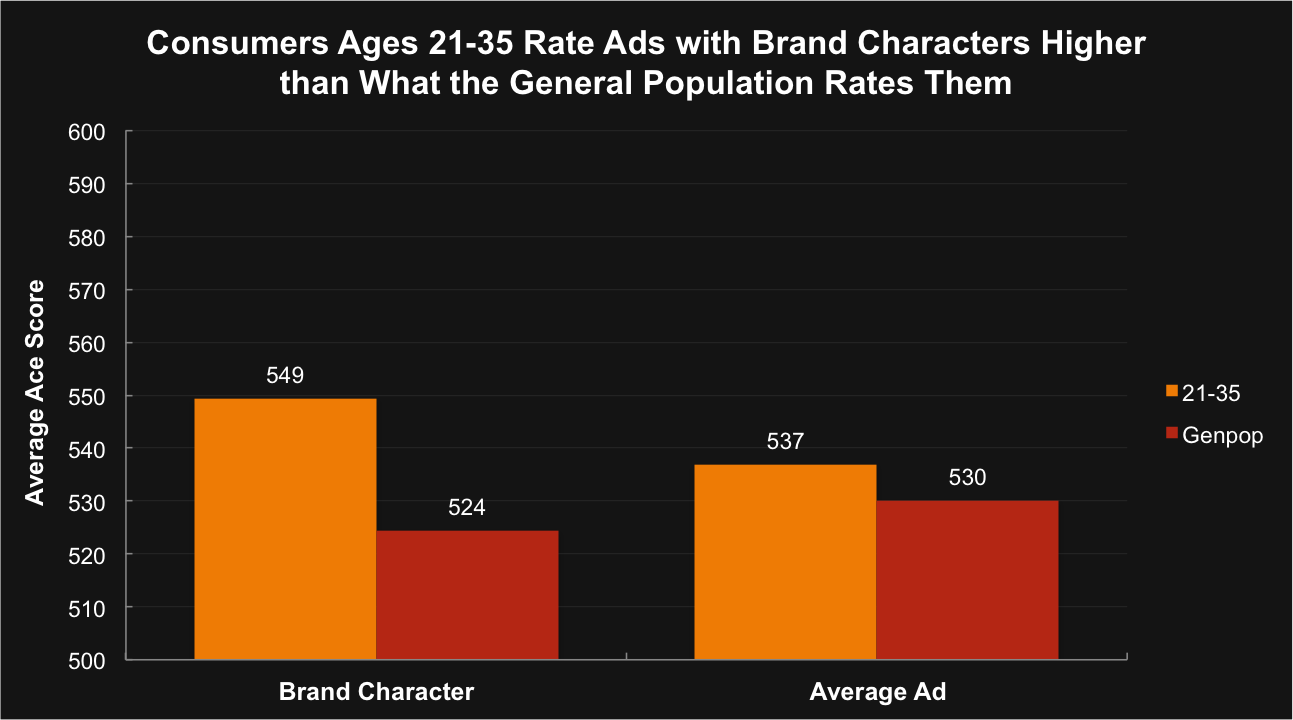 Who’s the favorite brand character of them all? None other than Allstate’s Mayhem whose average Ace Score since 2013 is 595 among 21-35-year-olds. The runners up were E*TRADE’s baby (goodbye little baby) and Priceline’s Negotiators.

While there are most certainly many similarities between ads millennials and the general population love to see, these are just a few of the key differences. For more insights into various demographic groups, tweet us! Or, if you prefer to go old-school, send us a note. ;-)

World Cup Advertising Has a Tough Countdown to Kickoff